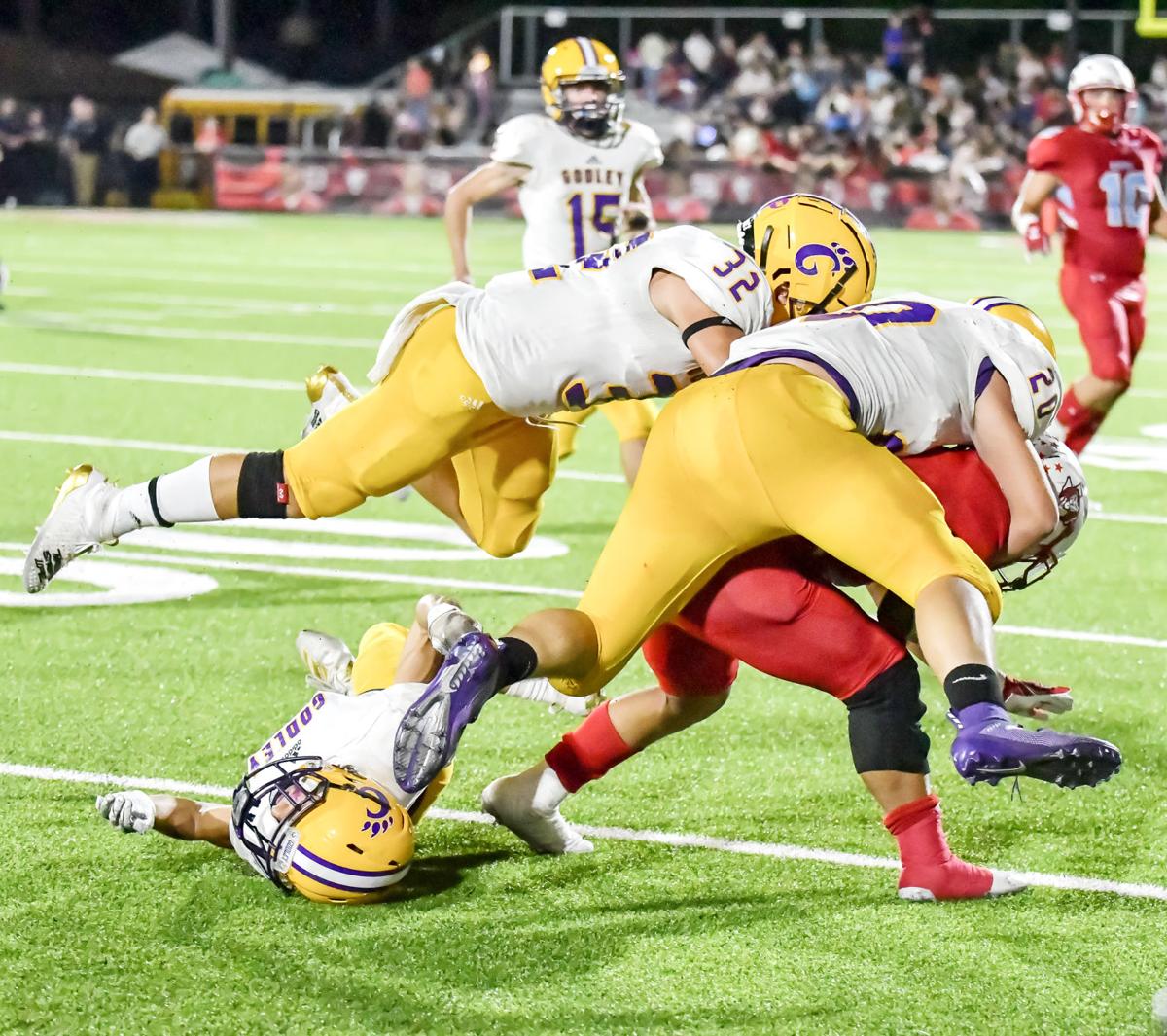 Godley sophomore Jesse Torres (20) was the Wildcats’ lone all-district superlative selection as he was voted defensive newcomer of the year. Josiah Caro (32) was a second-team selection for Godley. 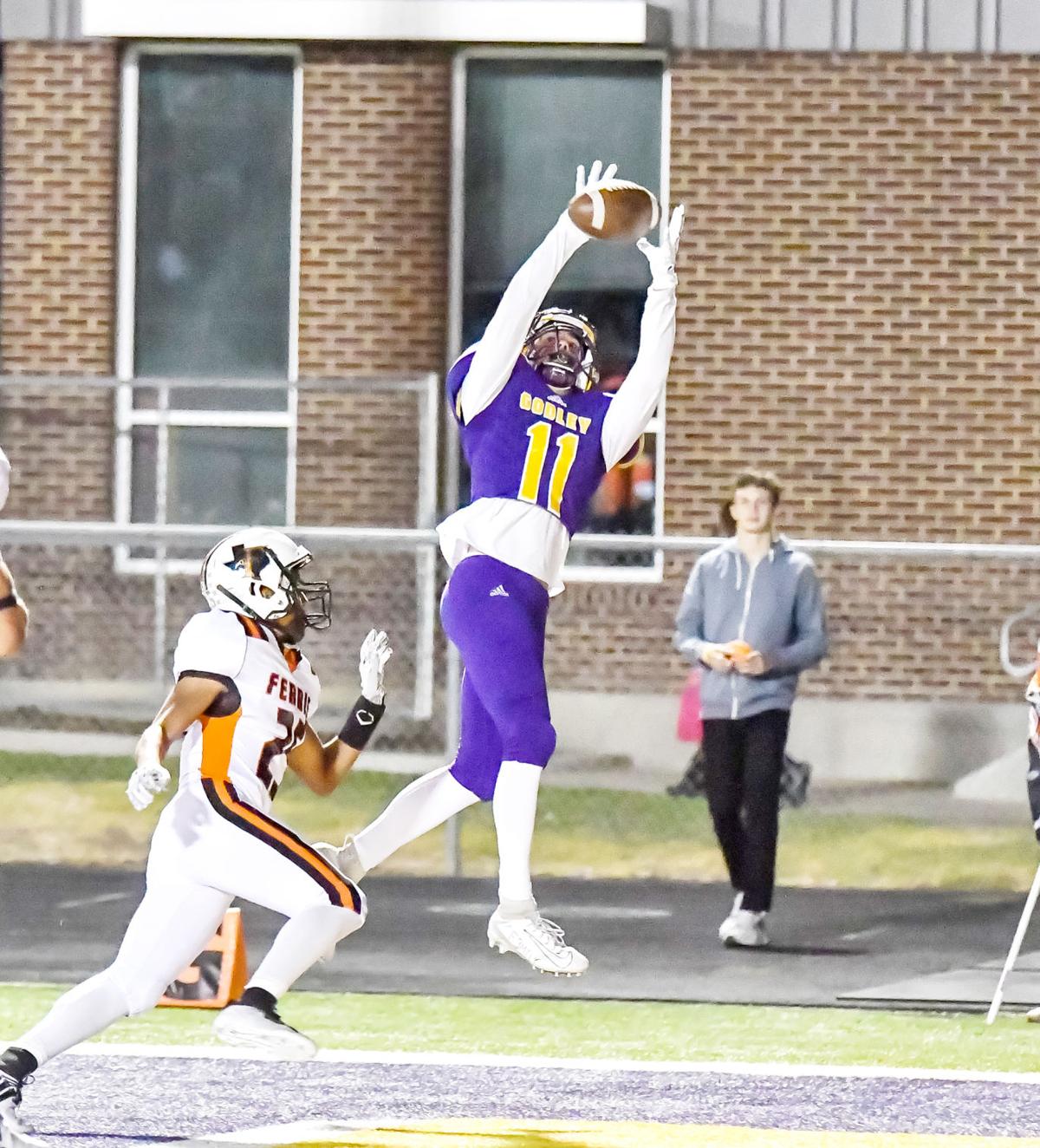 Godley senior wide receiver Caden Midkiff (11) was one of four offensive standouts for the Wildcats to receive first-team honors in all-district selections. 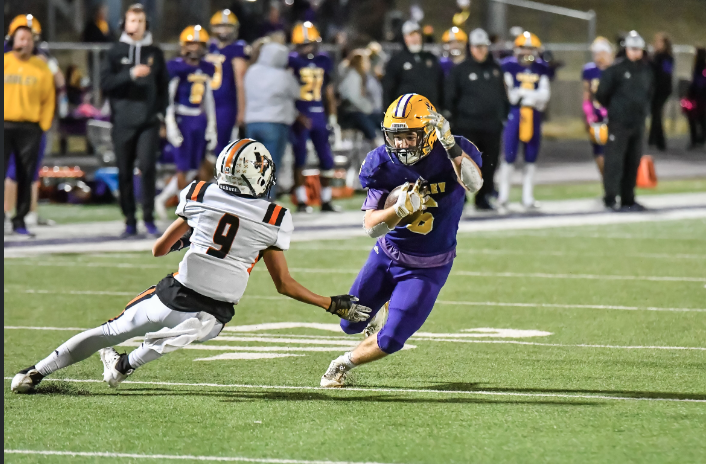 Godley's Kolby Bartlett received dual all-district first-team honors at running back and linebacker for the Wildcats.

Despite finishing in second place with its lone loss in league play to Glen Rose, the Wildcats received only one superlative award. Aside from that, Godley coach Curtis Lowery said he thought his Wildcats were well-represented in all-district voting.

Representing Godley with the Wildcats’ sole superlative award is sophomore Jesse Torres as the league’s defensive newcomer of the year.

“Jesse played D-line and linebacker for us,” Lowery said. “He was a great player for us. He was very multiple. He’s a big athlete that can play on the line of scrimmage or can play linebacker. He made big plays for us. As a sophomore to step in and get a superlative like that, it’s a pretty special deal. We look forward to seeing the things Jesse can do in the future. He can play offense for us, too. He’s a very versatile athlete.”

“Kolby is a true workhorse,” Lowery said. “He played every snap on offense and every snap on defense and didn’t rest on either side of the ball. He’s a tremendous football player. He’s got a huge heart and loves the game.”

Bartlett rushed for 1,405 yards with 12 touchdowns on 199 carries and added 21 receptions for 231 yards and three touchdowns on offense. Defensively, Bartlett registered 84 tackles with nine tackles for loss.

In his first year in Godley, McBrayer completed 159-of-276 passes for 2,738 yards with 33 touchdowns and just five interceptions to go along with 341 rushing yards and eight touchdowns on 52 carries.

“I think he was definitely deserving of first-team all-district accolades,” Lowery said. “With Ethan coming in being his first year in this system, he’ll just get more comfortable in our system. I thought he did a great job this season. Ethan is a workhorse, too. He does a great job of preparing for games. I look forward to seeing what he does in the future.”

Hawkins led the Wildcats with 50 receptions for 963 yards and 14 touchdowns while Midkiff hauled in 45 catches for 714 yards and 12 touchdowns as Hawkins and Midkiff (along with Parker Priddy) formed a lethal receiving corps for McBrayer.

“To have two big targets like that on the outside, guys that will go up and make plays, they make Ethan’s job easier,” Lowery said. “He just has to put the ball in the vicinity and they go make plays. They did a good job of that all year long and they’re both very deserving of first-team all-district.”

Stevenson was a force to be reckoned with up front as he led the Wildcats with 106 tackles and 22 tackles for loss with two sacks, three fumble recoveries, two forced fumbles, and one interception.

“Landon’s a playmaker,” Lowery said. “It’s not always easy as a defensive lineman to be a playmaker but he’s the guy that anchored our defensive line. Whenever we needed a big play, Landon always seemed to come up with a big play in a big situation. We’re going to miss Landon.”

Black’s play in the interior of Godley’s defense was key, and, despite being consistently double-teamed, he recorded 66 tackles with six tackles for loss and two sacks.

Priddy was all over the place for the Wildcats as a key contributor on offense, defense, and special teams, but his presence in the secondary on defense earned him first-team accolades on that side of the ball. Priddy had 64 tackles, six tackles for loss, three interceptions, four passes defensed, and one forced fumble and one fumble recovery.

“Parker is an emotional player,” Lowery said. “He gets up for games and he plays with a lot of intensity. He played well on both sides of the ball. He’s an all-state safety. He did great things for us. He’s our quarterback in the secondary there.”