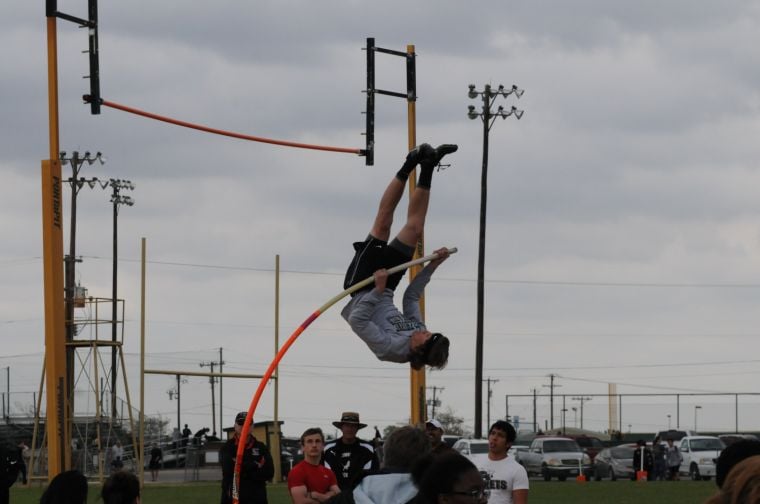 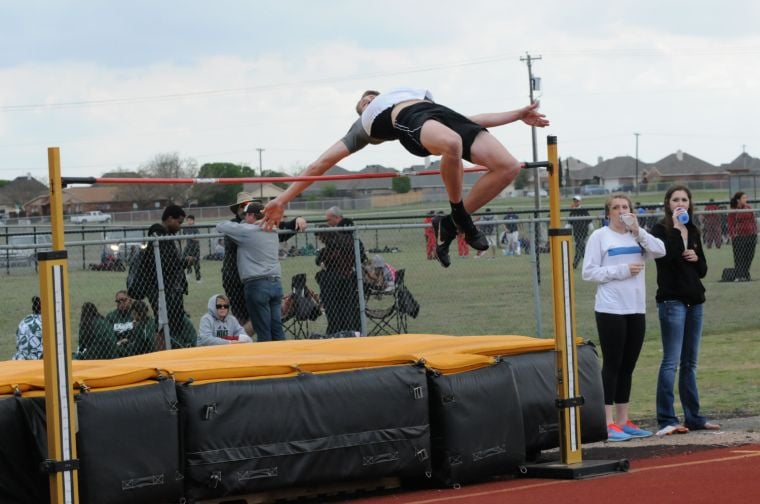 Cleburne’s Cannon Martyniuk came in first place in the high jump at the Marshall Young Invitational on Thursday at Cleburne High School.

Cleburne’s Cannon Martyniuk came in first place in the high jump at the Marshall Young Invitational on Thursday at Cleburne High School.

Cleburne track hosted the annual Marshall Young Invitational on Thursday at Cleburne High School as 18 schools were in participation.

Last year, only nine schools competed at the meet.

The Cleburne boys came in fifth place as a team with 56 points.

Abilene Cooper came in first place with 109 points, Aledo was second with 85 and Mansfield Lake Ridge rounded out the top three with 75 points.

Joshua’s K.J. Evans was the only other Johnson County male athlete to place in the top three as he came in third place in the discus with a throw of 129 feet, 3 inches.

On the girls’ side, the Lady Jackets came in 11th place with 24 team points.

For the Centennial Lady Spartans, Morgan Seawright placed in the top three in three different events. She had first-place finishes in the girls’ 400-meter dash with a time of 1:01.22 and the girls’ triple jump with a distance of 35 feet, 6 inches. She also came in second place in the long jump with a leap of 16 feet, 9 1/2 inches.

Burleson’s Jessica Prickett placed first in the 800-meter run with a time of 2:25.87 and Morgan Schwarz was second in the high jump with a leap of 5 feet.

Joshua’s Zoe Broadway came in second place in the discus throw with a distance of 114 feet, 2 inches.

Up next for Cleburne and its fellow District 8-4A counterparts is the district meet Wednesday and Thursday in Joshua.