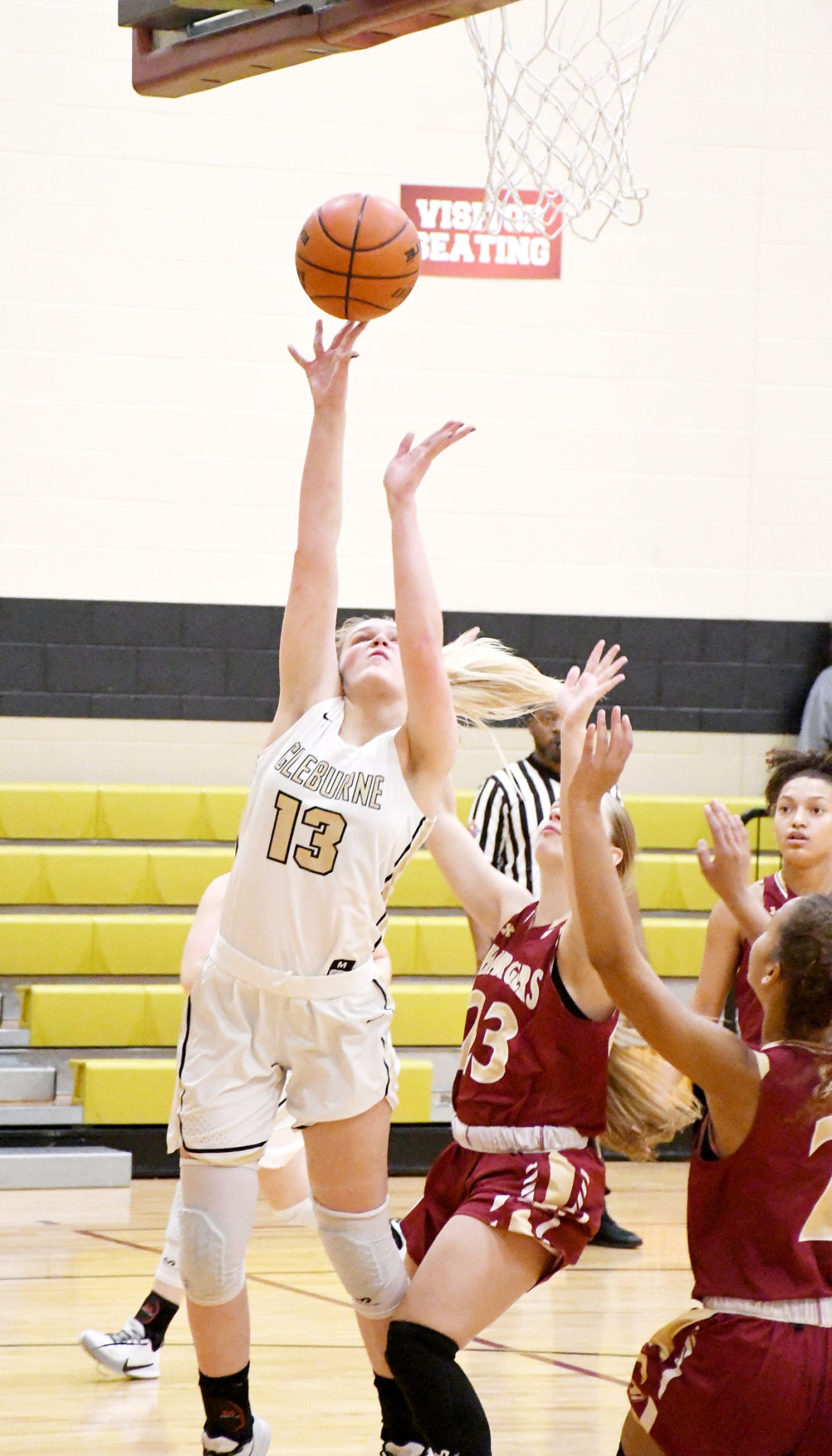 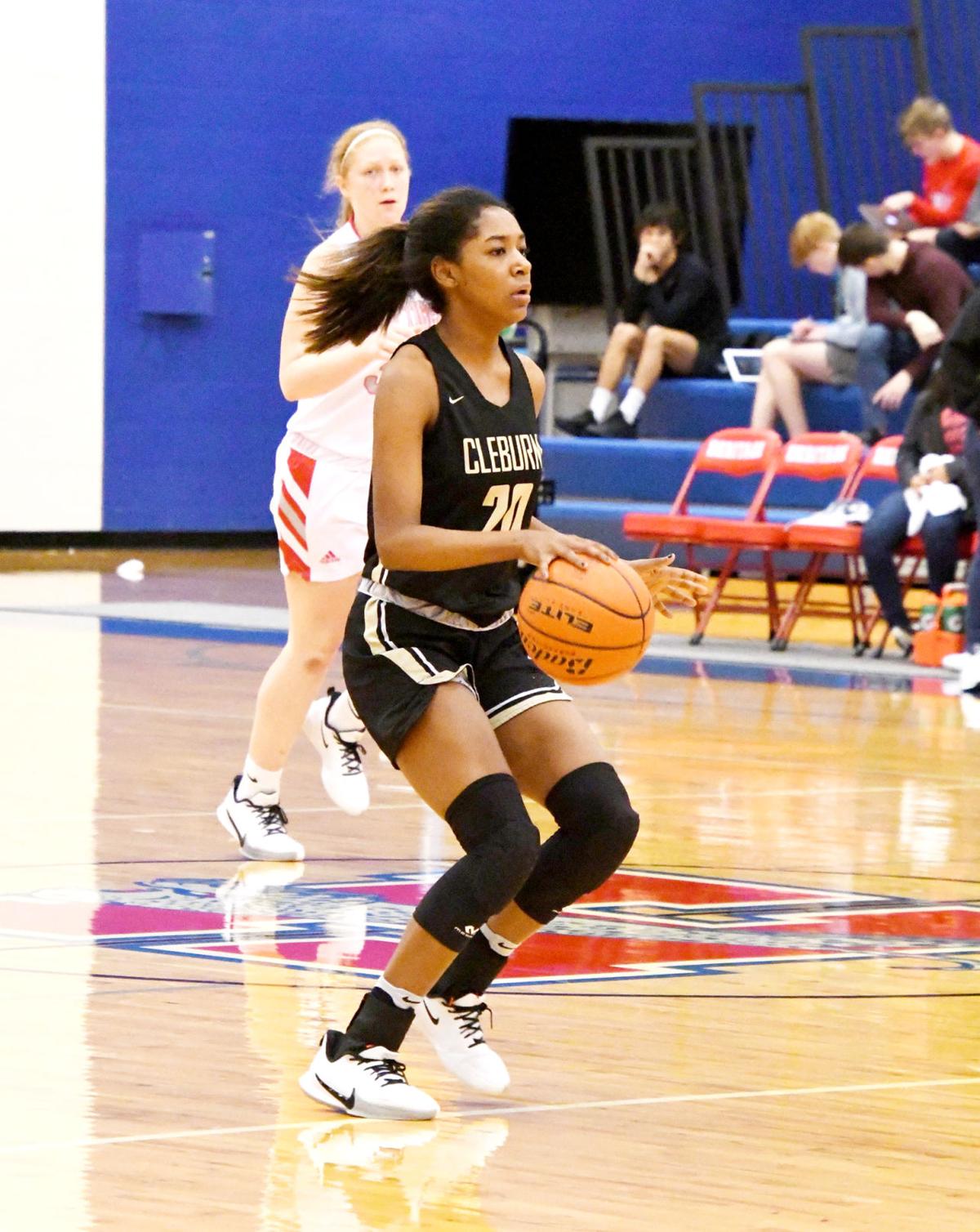 KELLER — The Cleburne Lady Jackets had a successful showing at the Keller Christmas Invitational with a 3-2 record over the weekend.

The Lady Jackets picked up wins over Chisholm Trail, Fossil Ridge, and Haltom while suffering losses to Keller Central and Flower Mound.

It was Cleburne’s second consecutive 3-2 showing at a tough tournament as the Lady Jackets have regained some confidence and found some momentum in recent weeks after a tough stretch earlier in the season.

“That was imperative,” Cleburne coach Rosalind Lawrence said of picking up three wins in Keller. “What I was more impressed with was their ability to jump back in and execute plays and not stray away from what our game plan was because we didn’t have a practice or anything. I was really impressed with that.”

After enduring a seven-game losing streak following a 4-0 start, the Lady Jackets have now won eight of their previous 14 games to close out the non-district portion of their schedule with an overall record of 12-13 (1-1 in district). Lawrence said she likes where her team is now compared to a month ago.

When Cleburne lost starting point guard Kate Renner to a season-ending injury in the Eaton Tournament in mid-November, the Lady Jackets struggled offensively, resulting in the seven-game losing streak. But Cleburne has slowly found some success in recent weeks, thanks in large part to Malea Whiteside stepping up into a new — and unexpected — role at point guard.

“It was devastating when Kate went down,” Lawrence said. “Malea is getting more comfortable in her ability to bring the ball down and doing whatever we need her to do. We aren’t as successful when she’s not on the floor. I’ve been really impressed at how she has learned a lot about herself and using her natural abilities to be comfortable at that position. It’s rare to find a girl that’s 5-foot-10 that can play point guard. She’s using her talents to help her become better at this position.

“At first she was unsure, but I’ve seen growth in her ability. When people trapped her, she used to panic; but now she stays calm and makes the right play. She’s learned to use her height to her benefit as a point guard.”

Throughout the season, Cleburne has been led in scoring by Haley Jones and Wendel’lyn Moblin. Lawrence said they need Jones and Moblin to each come close to scoring 20 points for the Lady Jackets to be successful. But while Jones and Moblin lead the way in the score book, other players, such as sophomore post Zoe Wilson, have stepped up and made major contributions.

“We wouldn’t win without Zoe,” Lawrence said. “Zoe has become our best rebounder, our best post defender, and with a little more dedication in the offseason she’ll be scoring more on offense. She’s by far our most improved player. You can see the game coming to her. The game is slowing down for her and she can process it at a faster rate. ... We wouldn’t be able to do much without her.”

Cleburne opened play in the Keller Christmas Invitational with a pair of wins over Haltom and Fossil Ridge on Thursday.

In the tournament opener vs. Halton, the Lady Jackets built a 26-16 lead by halftime and used a fourth-quarter run to hold off a Lady Buffalo rally for a 47-38 victory Thursday.

Cleburne shot a solid 40.5 percent while holding Haltom to just 25.5 percent from the floor.

In their second game of the day Thursday, Cleburne shook off a tough start for a 61-51 win over Fossil Ridge.

After Fossil Ridge scored 26 points in the second quarter alone to take a 38-30 lead into halftime, the Lady Jackets clamped down and dominated the second half for a 61-51 win. Cleburne out-scored Fossil Ridge 31-13 in the third and fourth quarters to pull away for the win.

A big factor in the victory was the Lady Jackets’ dominance on the glass as Cleburne out-rebounded the Lady Panthers, 45-20.

Cleburne went 2-0 when out-rebounding opponents in Keller and 1-2 when losing the rebound battle. The one win was the 47-38 victory over Haltom, where the Lady Buffalos only out-rebounded the Lady Jackets by two at 32-30.

“We talk about rebounding all the time, especially at the free-throw line just being able to hold off that offensive person to keep them from getting second chances,” Lawrence said. “If you keep giving people second chances, you just won’t win the game. One shot, we can live with that. But three, four, five chances at the basket is unacceptable. That’s something we’ve been talking about a lot.”

On Friday, Cleburne had a three-game winning streak snapped with a 48-32 loss to Flower Mound.

After Cleburne faced a 13-11 deficit after the opening quarter, Flower Mound dominated the second and third quarters, 25-9, to coast to victory.

Flower Mound shot 51.3 percent from the floor while Cleburne made just 32.4 percent of its shots. Flower Mound also out-rebounded the Lady Jackets, 27-16.

On Saturday morning, the Lady Jackets got back in the win column with a 41-37 victory over Chisholm Trail.

The Lady Jackets overcame a 10-point first-half deficit for the win. Chisholm Trail carried a 31-28 lead entering the final quarter of action but Cleburne more than doubled up the Lady Rangers with a 13-6 advantage in the fourth to secure the win.

Cleburne wrapped up play in Keller with a 40-30 loss to Keller Central on Saturday.

The Lady Jackets held a 28-26 lead going into the fourth quarter but Keller Central out-scored Cleburne 14-2 in the final 8 minutes as the Lady Jackets ran out of gas.

It was a tough offensive outing for the Lady Jackets, who shot 26.5 percent from the floor while Keller Central made 36 percent of its shots. Keller Central also out-rebounded Cleburne, 37-24. Keller Central had a decided advantage at the charity stripe, making 14 out of 24 attempts while Cleburne made 4-of-5 free throws.

Now Cleburne enters the stretch run with 10 regular-season games remaining, all in District 14-5A play. The Lady Jackets are 1-1 in league action after a loss to Red Oak and a win over Waco University. Cleburne has a bye Friday before resuming league play Tuesday at Midlothian.

“I just told them all those other games were practice to these games right here,” Lawrence said. “These are the games that count. We know who we are and we need to do the things we’re good at. Execute the game plans offensively and defensively.”