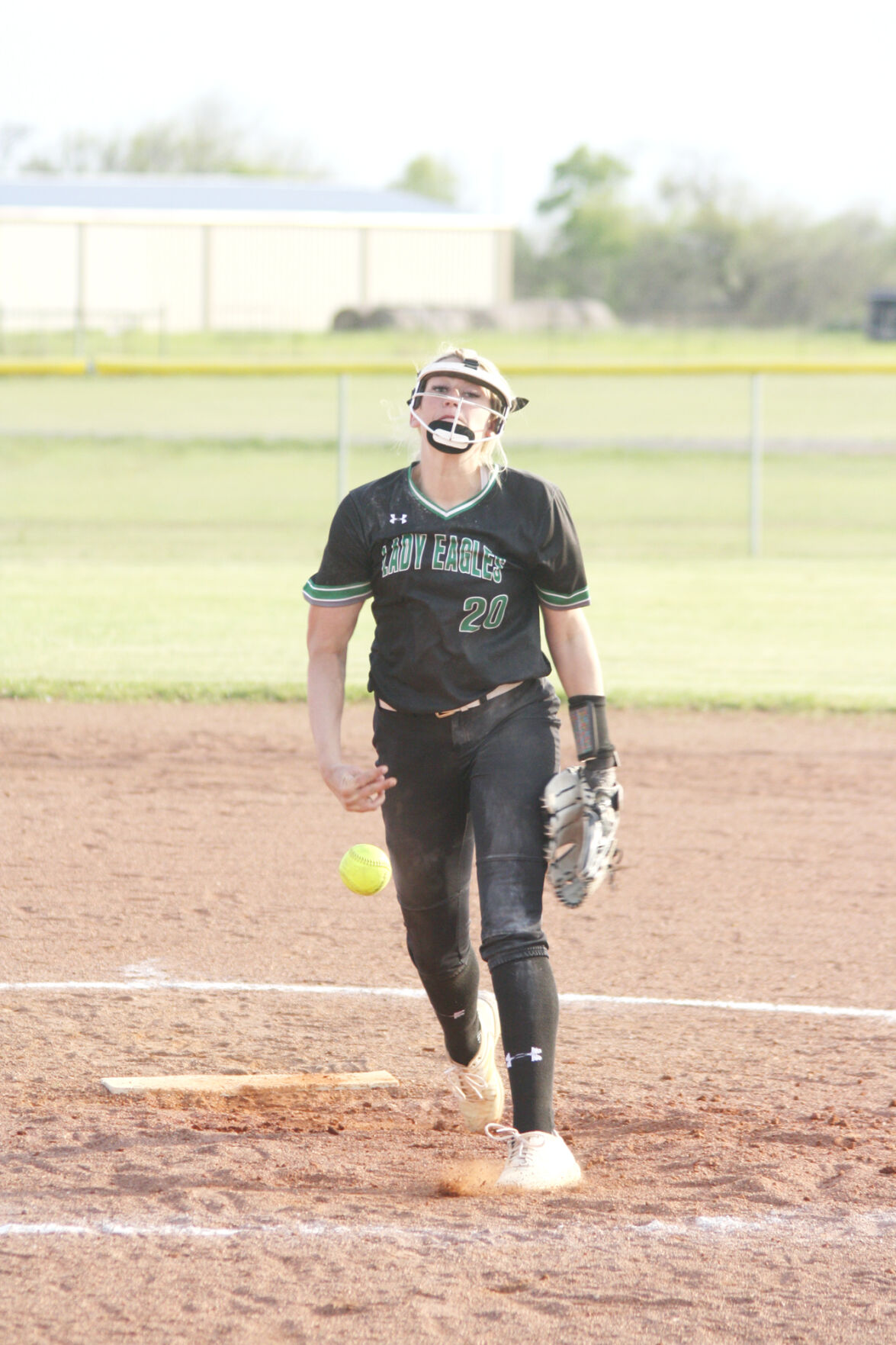 Rio Vista senior Haila Linton was voted the most valuable player of District 12-2A after hitting .697 with 27 RBIs in 12 district games to go along with 107 strikeouts against only two walks allowed in 51 innings pitched en route to a 12-0 record and 0.137 ERA. 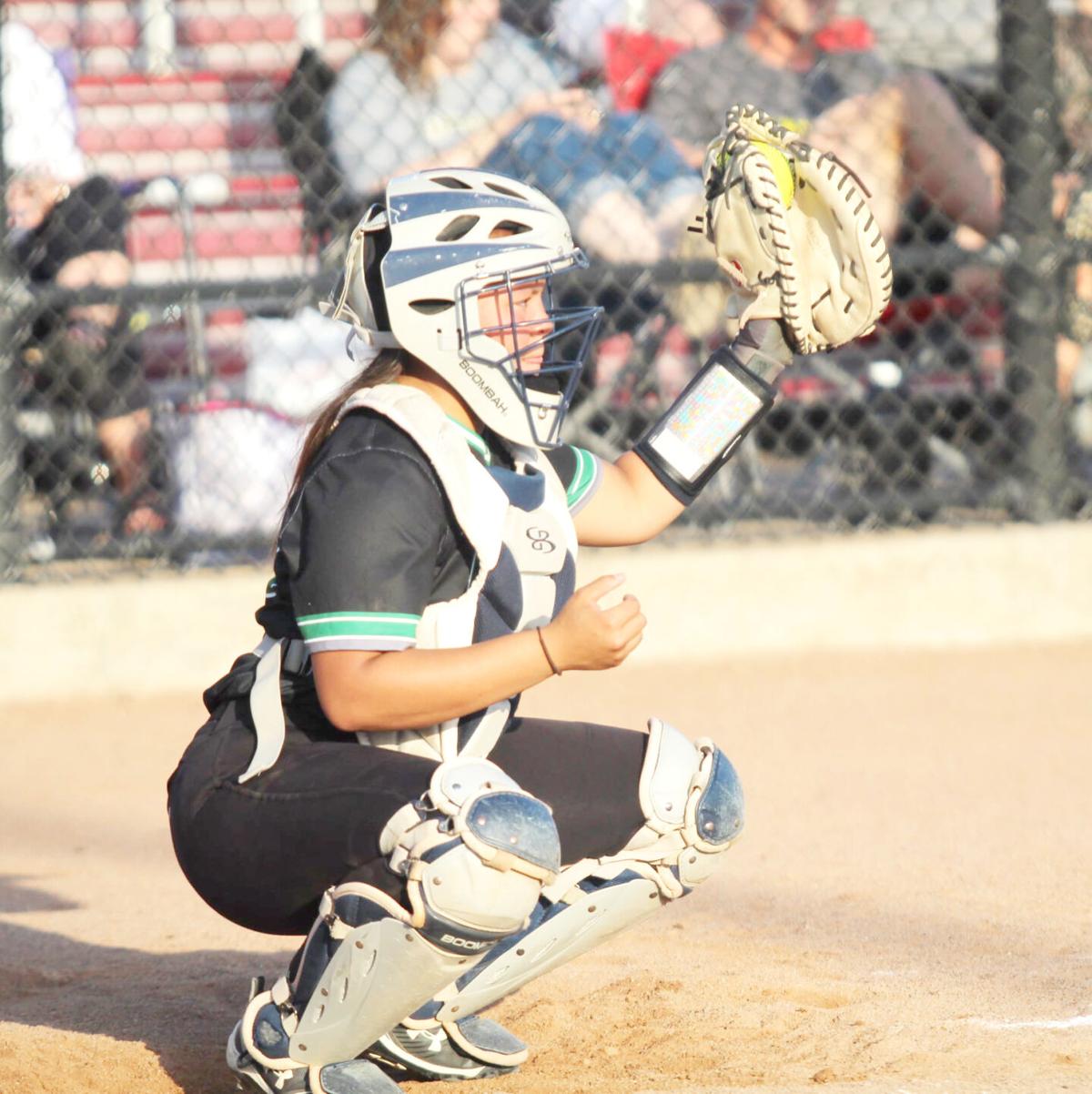 Rio Vista’s Autumn Adrian was named the District 12-2A co-catcher of the year. 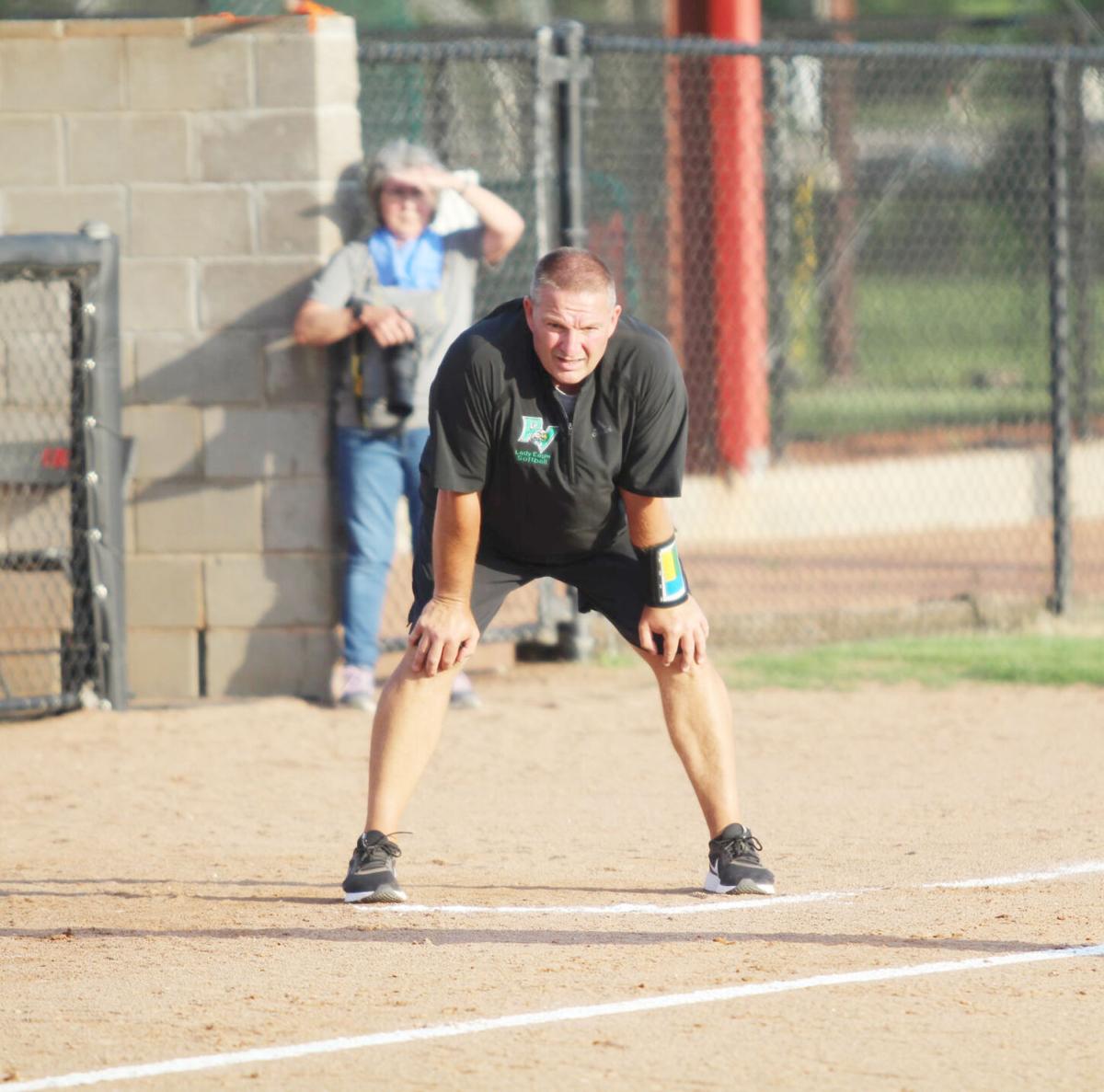 Rio Vista Coach Keith Johnson was voted the co-coach of the year after leading the Lady Eagles to their first outright district championship since 1999.

RIO VISTA — After cruising through District 12-2A with a perfect 12-0 record, the Rio Vista Lady Eagles are strongly represented in all-district voting, led by four superlative selections including MVP Haila Linton.

Rio Vista was no match for its district opposition in 2021 as the Lady Eagles outscored their league foes 172-6 in 12 district games, winning 10 of those outings in run-rule fashion. Rio Vista averaged 14.3 runs per game against only half of a run allowed per game.

“I was very pleased,” Rio Vista Coach Keith Johnson said. “I thought everybody that got something had a huge hand in our season and deserved what they got.”

Leading the Lady Eagles’ all-district accolades is Linton as the unquestioned most valuable player — a no-brainer selection if there ever was one.

As dominant as Linton was offensively, she was even moreso in the circle. Linton went 12-0 with 12 complete-game outings as she struck out 107 batters against only two walks, 16 hits and one earned run allowed in 51 innings pitched for a 0.137 ERA.

“Her on-the-field stuff speaks for itself. But I think when a message comes from her, even as opposed to coming from me or anybody else, it sits so much stronger because of the example she sets for the entire team. No matter the situation, she was always there for the team first. It’s really started to hit me recently what we’re losing in her.”

Joining Linton as a superlative recipient for the Lady Eagles is freshman Maddie Westmoreland as the district’s offensive player of the year. Westmoreland slashed .548/.682/1.194 with 26 RBIs and 23 runs scored with 14 extra-base hits and 14 stolen bases.

“Maddie was a huge run producer for us,” Johnson said. “When her hits came, they came exactly at the right time. She had some big games against big opponents for us. When I say the word ‘clutch’ bat, it was truly clutch. She had huge hits from district to the playoffs. She drove in nearly 50 runs for us for the season.

“I just think with her being able to deal with pressure situations, she can bring a calming manner to the team. Maddie can go as far as she wants.”

A third superlative award for Rio Vista is junior Autumn Adrian as the district’s co-catcher of the year. In addition to stellar defensive play and pairing with Linton as an elite pitcher/catcher battery, Adrian hit .389 with a .511 on-base percentage with 14 RBIs and 23 runs in 12 district games.

“Autumn was irreplaceable,” Johnson said. “Just understanding the game and the importance of being able to catch Haila and being that person that helps her with the pitches and frame the pitches and talk about what batters are doing. They worked really well together and Autumn was huge for us.”

Rounding out Rio Vista’s superlative honors is Johnson as the co-coach of the year after guiding the Lady Eagles to an historic 2021 season as they captured their first district championship since 1999 en route to a 25-10 record and a trip to the regional quarterfinals.

“I always give my teams the award but it’s kind of nice to know that we built this program from scratch and all the players before this year helped us get where we’re at now,” Johnson said. “It’s nice to know this reward came from where we’ve been to now where we’re getting to.”

Rio Vista sophomore Grace Groening was a second-team selection on the infield for the Lady Eagles.

After a banner year for Rio Vista in 2021, Johnson said even though the Lady Eagles will lose valuable seniors such as Linton and Cox, they should be in a position to contend next year as well.