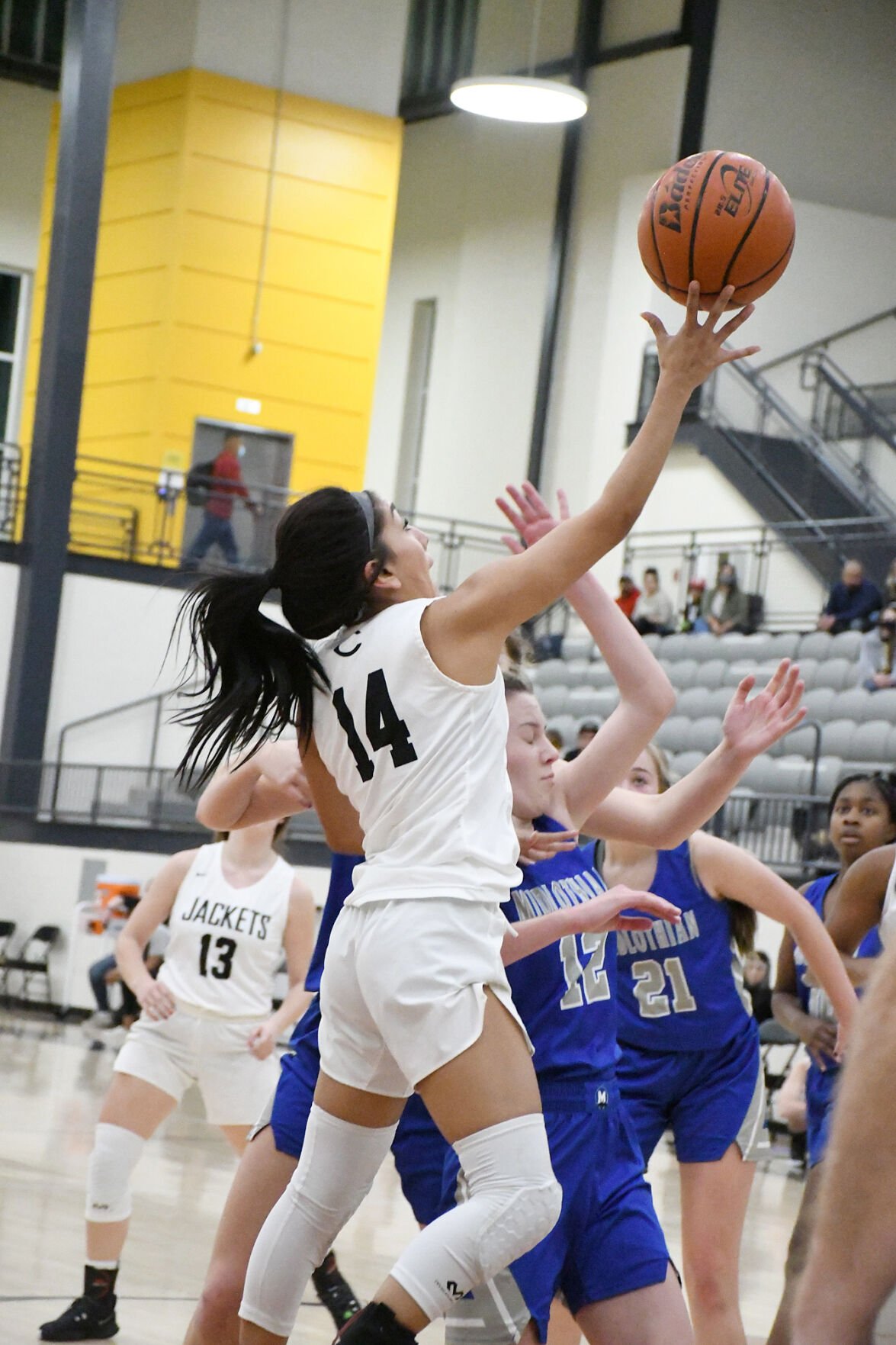 Amy Gomez and the Cleburne Lady Jackets fell to 4-2 in district play after a 53-21 loss to Midlothian on Tuesday. 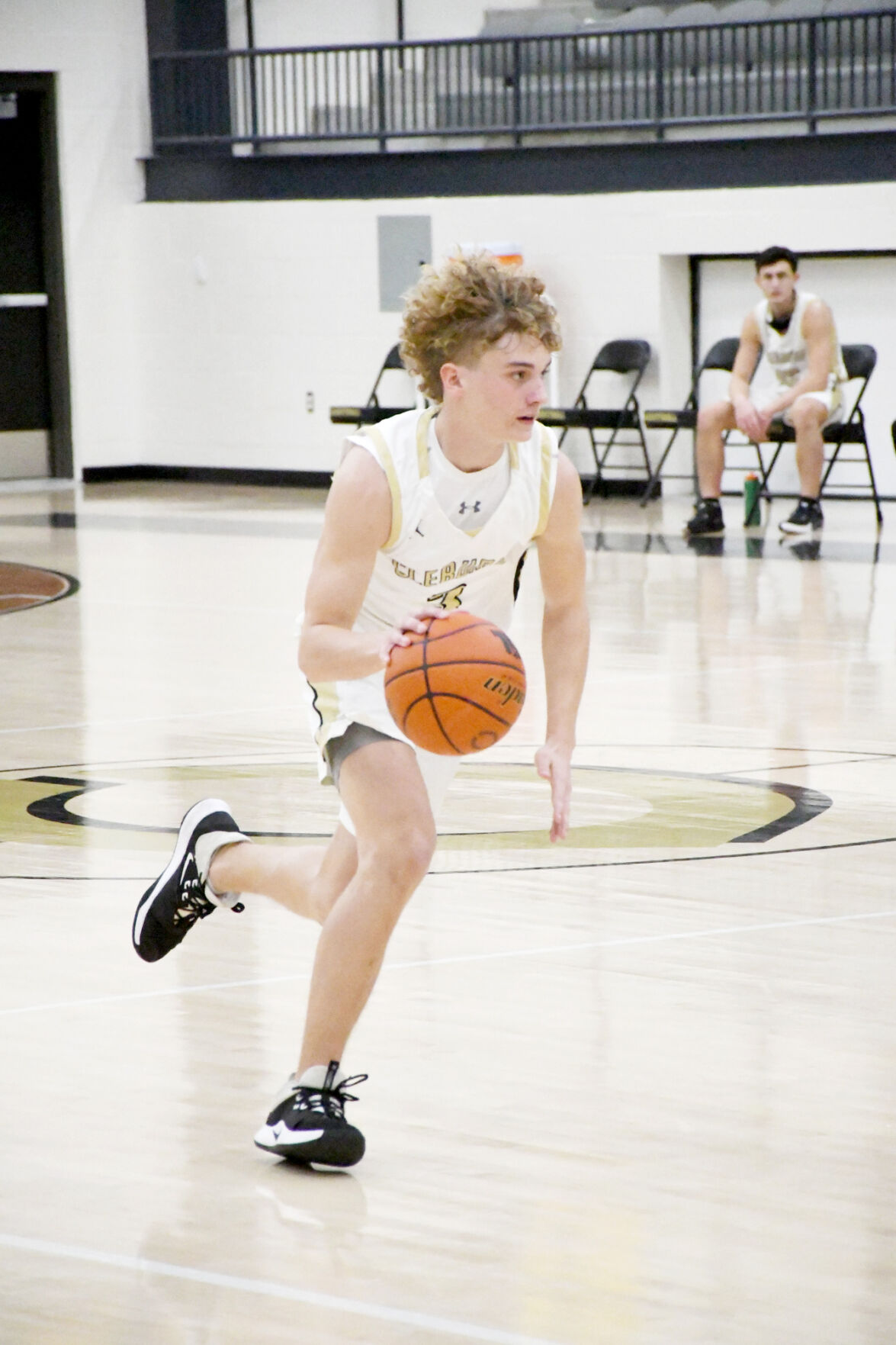 Landry Shields and the Cleburne Yellow Jackets dropped a 50-21 decision Tuesday vs. Midlothian.

The offensive struggles continued Tuesday night for Cleburne as the Lady Jackets dropped a 53-21 decision against Midlothian at Jeff D. Cody Arena.

The Lady Jackets (7-12) entered Tuesday’s showdown vs. Midlothian with a team season field goal percentage of 29.2%. Cleburne would’ve gladly taken that in Tuesday’s loss, as the Lady Jackets shot only 15.7% from the floor against the Lady Panthers.

In addition to a 15.7 field goal percentage, Cleburne also committed 28 turnovers — and those offensive woes were the primary reason Midlothian was able to pull away for the victory. The loss dropped Cleburne to 4-2 to close out the first round of District 14-5A play.

Meanwhile, Midlothian made 42.5% of its shots on the night with 16 turnovers. The Lady Panthers also out-rebounded the Lady Jackets, 28-19.

Midlothian held leads of 13-6 after the first quarter and 28-15 by halftime. The Lady Panthers eventually built a 20-point lead late in the third quarter and added to it as Cleburne scored only one point in the fourth quarter.

Cleburne is scheduled to visit Joshua at 6:15 p.m. Friday.

Jackets can’t keep up with Midlothian

The Midlothian Panthers used a 21-0 run over an 8-minute, 30-second stretch in the first half to coast to a 50-21 win Tuesday at Cleburne.

The Yellow Jackets (0-18, 0-4) had a strong start after buckets by Landry Shields and Carson Harris kept Cleburne within 6-5 of the Panthers in the opening minutes. But Midlothian flexed its muscles and turned that 6-5 lead into a 27-5 lead late in the second quarter.

Cleburne went more than 11 minutes between scores as the Jackets’ drought ended with 2:20 left until halftime on a make by Cole Mullins, but it was Cleburne’s only bucket of the second quarter as the Panthers took a 33-7 lead into halftime.

Midlothian pushed its lead to 45-10 late in the third quarter. In the fourth, the Panthers burned as much time off the game clock as possible, including one possession that lasted more than 3 minutes.

Taylor Humphrey led Cleburne with 11 points, all in the second half. Corbin Green led Midlothian with 16 points.

The Jackets will try to get in the win column at 7:45 p.m. Friday when they visit Joshua.