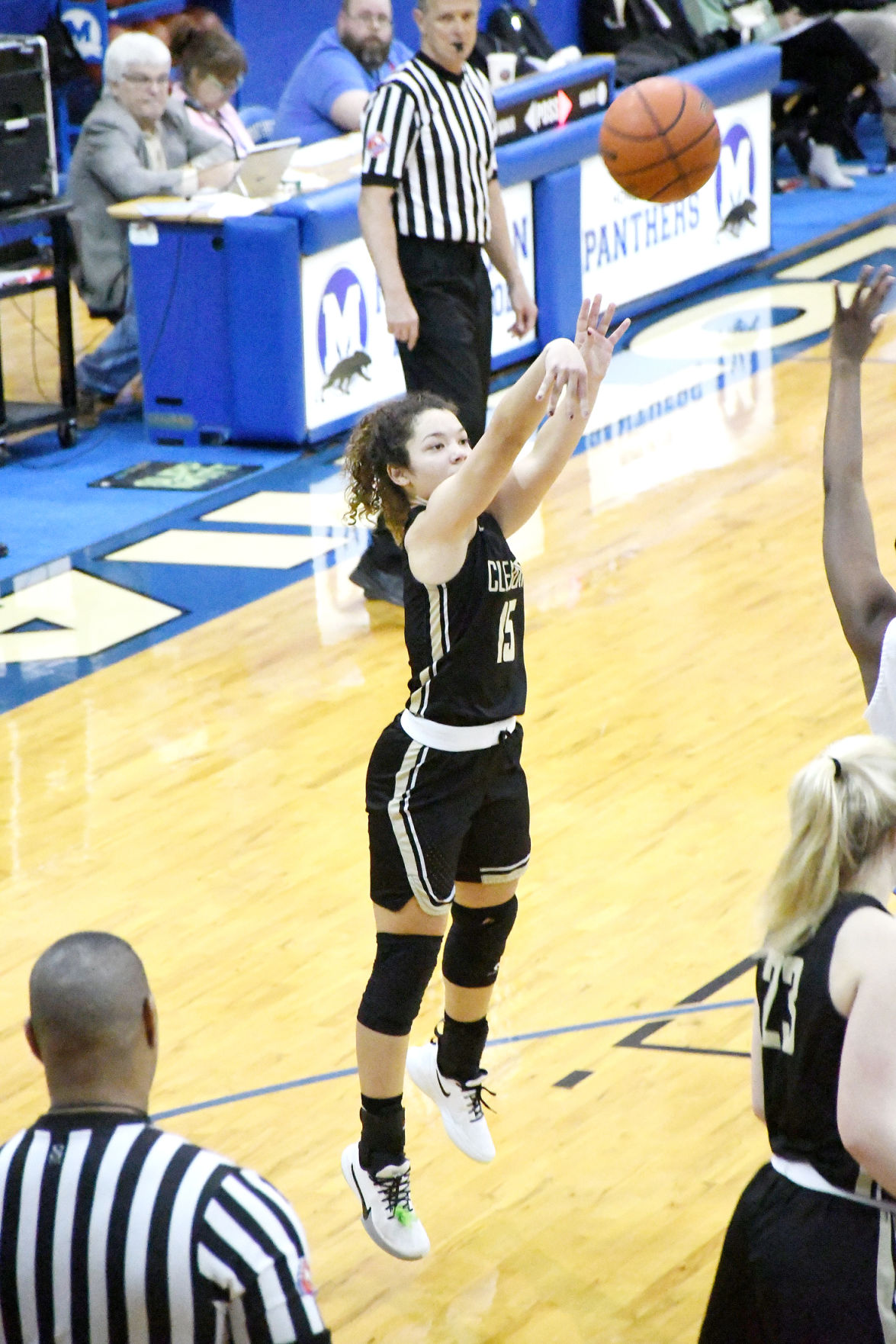 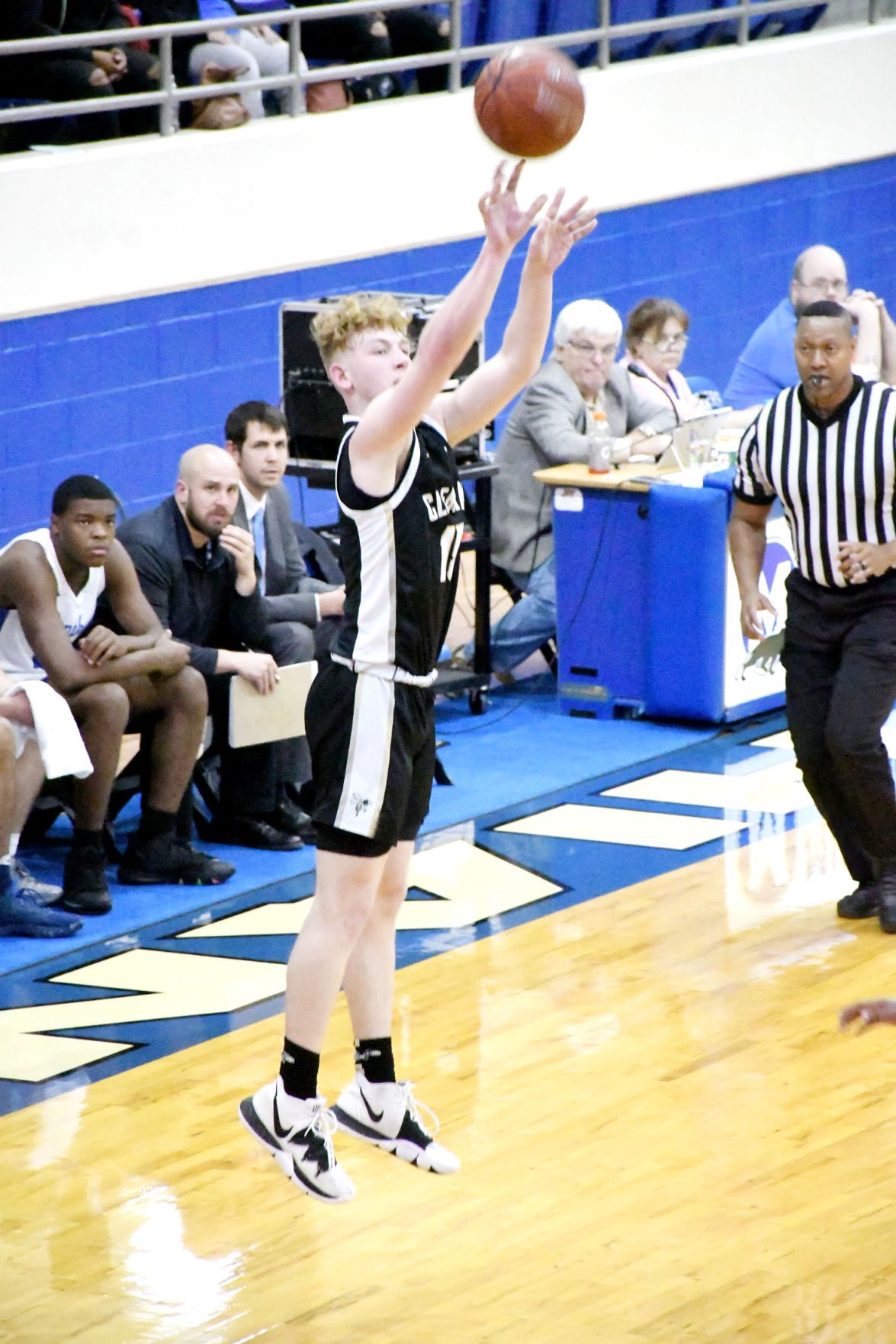 Other than a 2-0 lead early, Cleburne trailed throughout the game, falling behind 13-7 after the first quarter and facing a 35-16 halftime deficit. Midlothian built a 22-point lead late in the third quarter.

The Lady Jackets finished strong, however, cutting the 22-point lead down to 12 points midway through the fourth quarter, using a 12-2 run to open the final period. But Cleburne’s two leading scorers on the season, Haley Jones and Wendel’lyn Moblin, each fouled out around the 3-minute mark.

The Lady Jackets were in foul trouble from the opening moments of the game. Moblin picked up two fouls in the opening 3 minutes of play and was assessed a third personal foul before the end of the opening quarter. Starting point guard Malea Whiteside picked up her second personal foul with just under 4 minutes left in the first. And Jones picked up two fouls before the end of the first quarter as the Lady Jackets’ top three playmakers were forced to play the rest of the game in foul trouble.

The duo of Midlothian’s Maykayla Jackson and Jerica Henderson proved to be tough to defend for the Lady Jackets. Jackson scored 11 of Midlothian’s 13 points in the first quarter and she finished with a game-high 18 points. Henderson added 17 points with most of her damage done from the 3-point line.

Cleburne out-shot Midlothian as the Lady Jackets made 43.5 percent of their shots compared to the Lady Panthers’ 38 shooting percentage. But Cleburne committed 22 turnovers while Midlothian turned it over only eight times.

The Lady Jackets out-rebounded the Lady Panthers, 29-20, but 12 of Midlothian’s rebounds came on the offensive end.

In the boys’ showdown, the Yellow Jackets fought hard for the first 18 minutes in their district opener against No. 19-ranked Midlothian, but the Panthers pulled away in the second half for an 83-38 win.

Cleburne (4-18) hung around in the first half, trailing the state-ranked Panthers by only seven points at 22-15 with under 3 minutes left in the opening half. But Midlothian finished the second quarter strong to take a 31-19 lead into the break.

Turns out, the Jackets were able to hang around early because Midlothian got off to a slow shooting start. The Panthers missed their first 11 attempts from 3-point territory, but caught fire in the second half as Midlothian made nine of its final 16 attempts from beyond the arc, including 5-of-6 in the fourth quarter.

The Panthers not only out-shot the Jackets by percentage (46% to 35%), but Midlothian more than doubled up Cleburne in shot attempts, 65 to 31. And the Panthers also dominated the turnover battle, forcing Cleburne into 21 turnovers while losing the ball only four times themselves.

Midlothian also nearly doubled up Cleburne on the glass as the Panthers secured 35 rebounds against the Jackets’ 18. Midlothian had more offensive rebounds (19) than Cleburne did total rebounds.

The Jackets will try for their first win in district play at 7:45 p.m. Friday when they host Joshua (1-1).