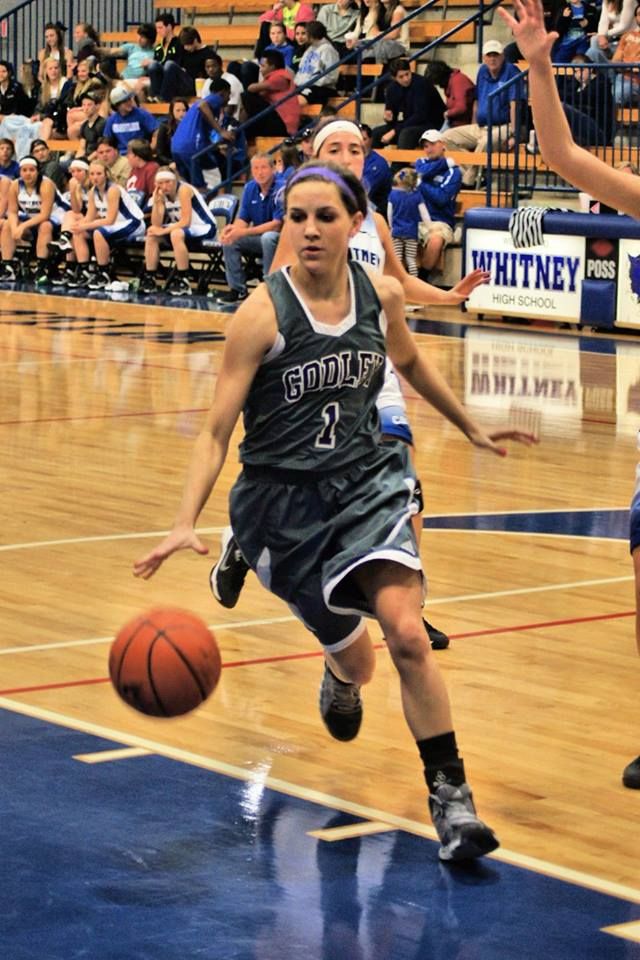 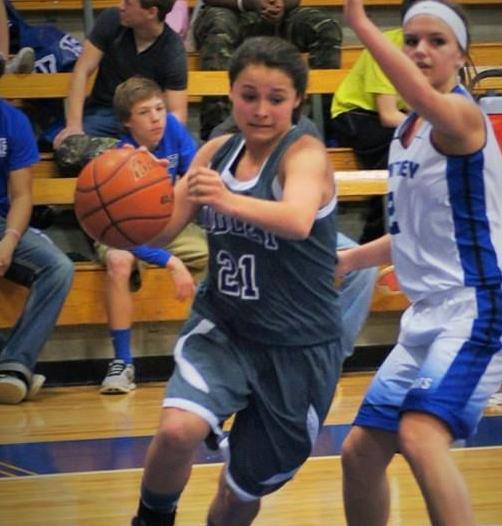 Godley sophomore Makaila Tyer was voted by league coaches as the District 7-4A offensive MVP.

Godley sophomore Makaila Tyer was voted by league coaches as the District 7-4A offensive MVP.

GODLEY — After finishing the regular season tied atop the league standings, it was only fitting that the Godley Lady Cats and Kennedale Lady Cats led the way in all-district voting for 7-4A.

Godley senior guard Leanna James was chosen by league coaches as the overall district MVP. Godley sophomore guard Makaila Tyer received the offensive player of the year after the sharpshooter was voted newcomer of the year as a freshman last season. Godley junior Jordyn Logan received the sixth man of the year. And Godley Coach Mark Chauveaux shared the coach of the year award with Kennedale Coach Doug Watson.

Chauveaux said James receiving the MVP was an award well earned after all the four-year letterman has done for the Lady Cats, including what she brought to the team this year.

“Being the only senior on our team this year, her leadership was really important to what we were able to accomplish this season,” he said. “She’s a really good leader. On and off the court, she’s a great kid. Why she was deserving of MVP is because of her overall game. She’s a really tough guard on offense and pretty much a shutdown defender. She just did a great job for us. We generally put her on other team’s best player and she was able to defend them. She’s been our primary defender for a couple of years now.”

Tyer, who led the Lady Cats and all of District 7-4A in scoring at 18-plus points per game, is one of Godley’s best offensive players in school history after only 2 years, Chauveaux said.

“She’s just able to score at will,” Chauveaux said. “It’s been a while since we had a kid that could score without us having to do a lot of things to get her open. As far as her getting offensive player of the year, I think that was a very deserving award for her. She’s a great shooter first of all. People have asked me, ‘how do we get her so open?’ Occasionally, we run some sets for her, but it’s not anything we do. It’s just her natural ability and I can’t put a finger on how she gets herself open at times. She just has a knack for finding an open spot. And she’s generally able to knock down those open shots.”

Logan, who’s season ended in the Lady Cats’ win over Stephenville in the regional quarterfinals due to a leg injury, provided a big spark and added toughness as the first person off the bench for Chauveaux.

“Plus, she’s able to play anywhere, at all positions. She was definitely our toughest player and was always diving on the floor. I think that lends itself to being the type of player that we needed coming off the bench.”

Throughout the season, Chauveaux said Landers was the most improved player from last year, and she became a key weapon down low for the Lady Cats, while Pannell was Godley’s most athletic and a jack-of-all-trades player.

“Kaitlyn’s overall game has improved so much,” Chauveaux said. “She had a tendency to foul a lot and she’s worked a lot on that this year. Defensively her game has really gotten a whole lot better. And offensively, it’s night and day from where she was last year. Her ability to finish now compared to last year is night and day. She’s a scorer now and she didn’t used to be that.

“Jaycee is just an overall athlete and she’s probably the best athlete we have on our team. She plays multiple sports and I think still to this day she’s a little bit raw in her basketball ability and skills. But once those skills catch up to her athleticism, the sky’s the limit for her.”