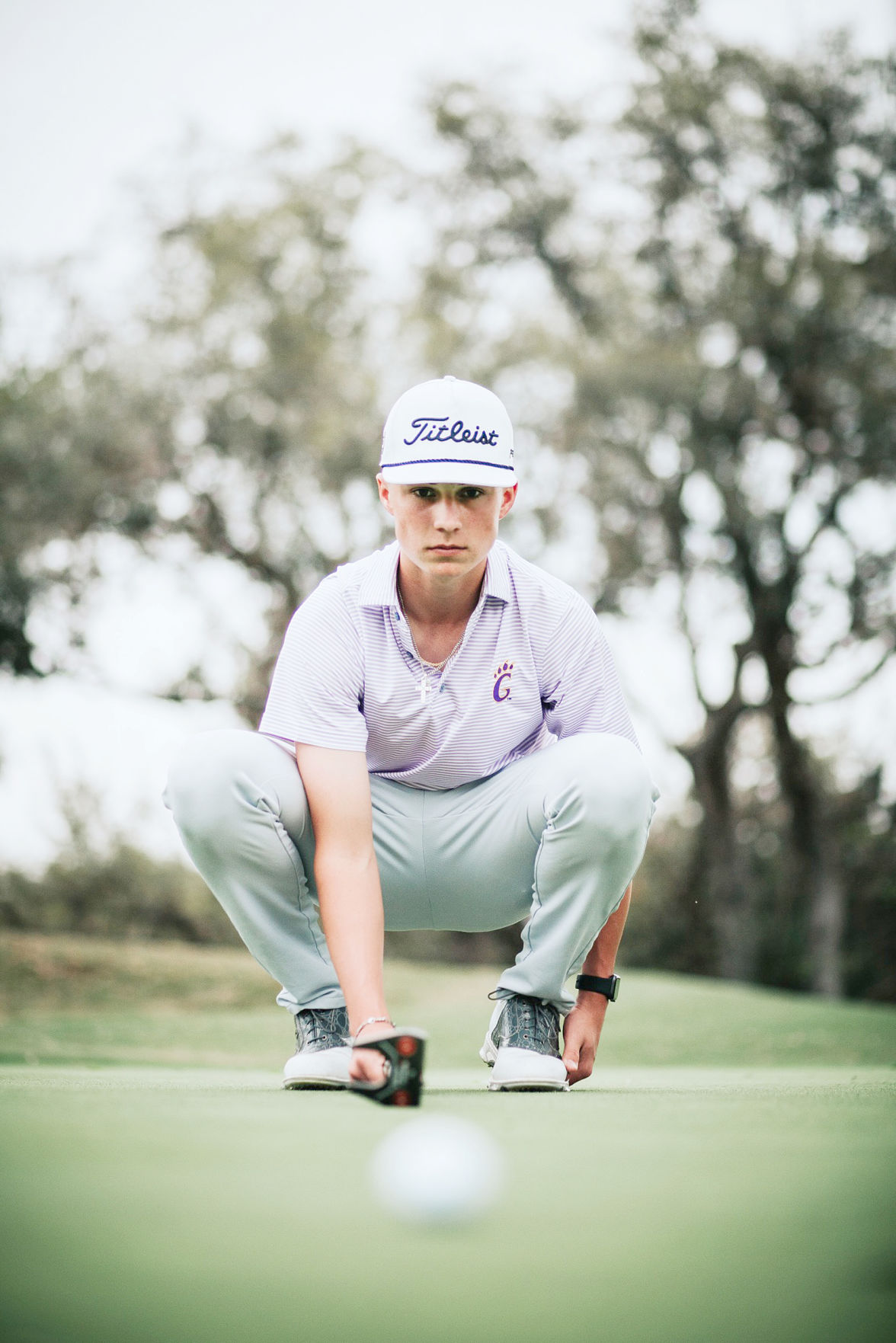 Recent Godley High School graduate Walker Freeman shot a one-under-par 71 last week at Southern Oaks Golf Course to earn a berth in the 94th Texas Junior Amateur at Horseshoe Bay. Freeman, who had his promising senior spring season canceled because of COVID-19, hopes a strong showing at the Texas Junior Am might result in an offer from a college. 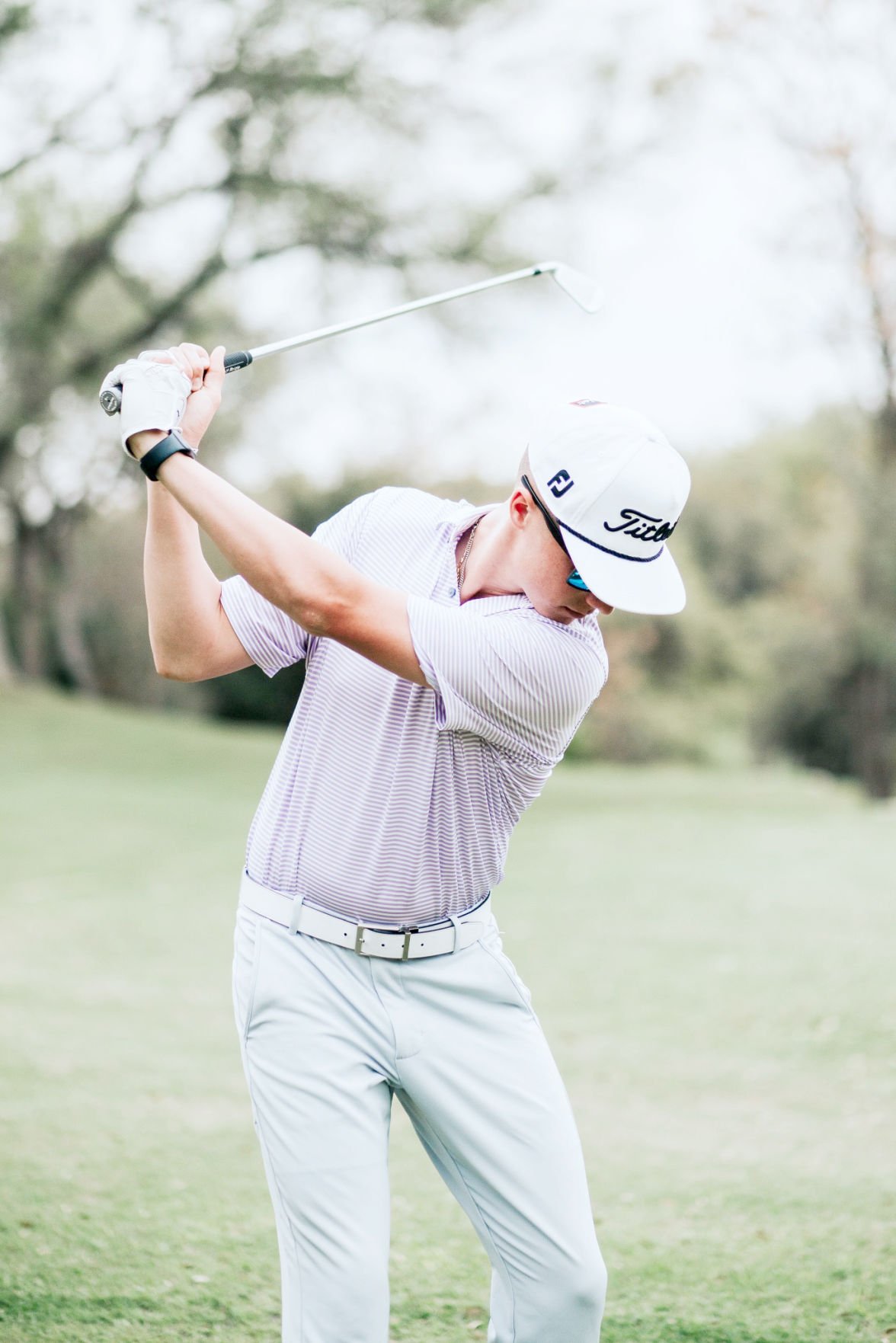 GODLEY — After having his promising senior golf season canceled because of COVID-19, Godley’s Walker Freeman graduated without any offers or invites to join a college golf program. But a recent outing is keeping Freeman’s hopes of getting that college offer alive.

On June 25, Freeman shot a one-under-par 71 and finished in second place in a qualifier at Southern Oaks Golf Course in Burleson. With that performance, Freeman earned a berth in the prestigious 94th Texas Junior Amateur, scheduled for July 27-29 at Horseshoe Bay Resort.

After shooting a 71 at the qualifier, Freeman was in the first pairing to come off the course, so he had to wait about an hour to find out if he was Horseshoe Bay-bound. Shortly after the last pairing came off, he got the news.

“I was pumped,” Freeman said. “My goal for the day was to definitely be under par. I’ve played that course a few times before. I came the evening before to play a practice round and couldn’t get on. I just wanted to be around even or better, so to accomplish that was great. I was pretty pumped coming in even before everyone else was in.”

Freeman’s outing at Southern Oaks started as strong as one could imagine with an eagle on the first hole.

“I chipped in for eagle on No. 1 on a par 5,” Freeman said. “Usually when I start off hot like that, I kind of get big headed and it levels out throughout the round. But I never really thought about it this time.”

Even after the eagle on 1, it wasn’t until later when Freeman knew it was going to be a good day.

“I was on No. 6 and was still two-under and the kid I was playing with hadn’t won a hole,” Freeman said. “I flared a 5-iron on No. 7, a par 3, and he hit it to within eight feet, and he was like, ‘Alright, maybe I’m going to get to win a whole.’ I didn’t think much of it. I was 20 yards short down in a gully and I had a decent lie but not great. I hit a low spinner and hit it three inches for a tap-in par and after that, I knew I had it together.”

On hole No. 9, Freeman said he tried “making something happen” to get to three-under, but instead wound up bogeying the hole. Then he followed it up with another bogey at No. 10 to sit even-par.

However, Freeman rebounded with consecutive pars before hitting back-to-back birdies to get back to two-under. Later, on No. 16 — which Freeman said is the toughest hole on the course — he made a solid par to remain at two-under.

Making Freeman’s performance even more impressive was that he played the entire round without a driver.

“I broke my driver on the range about a week before that so I was hitting a 3-wood,” Freeman said.

While there were only 11 golfers competing at the qualifier on June 25, it was a strong field of competitors as only two golfers finished in the 80s while the other nine all checked in with 70s.

Now Freeman has a chance to showcase his talents at a premier tournament on a course — Ram Rock — he knows very well.

“I go to Horseshoe Bay quite often,” he said. “My parents have a friend who has a house down there. I’ve played it a ton; I’d say probably 100 times. I’m excited to go down there and play a tournament because I’ve never played a tournament down there.”

After not being able to finish his senior spring season at Godley, where he might have caught the eyes of a college golf coach, he’s hoping this opportunity at Horseshoe Bay may open that door.

“With me playing the course a lot and knowing the course well, I’m hoping I can play my best golf and hopefully get an offer or two from it,” Freeman said.

Freeman was a talented multi-sport athlete for the Wildcats, including earning All-Johnson County basketball honors as a junior. But with hopes of playing golf in college, he quit football and basketball his senior season to focus on golf.

And before the COVID-19 pandemic canceled spring sports, Freeman said he was playing the best golf of his life.

“The only tournament we got to play in during the spring season, I shot one-under 71, so that was a solid start,” he said. “I’m playing well now but around spring break when they canceled school I was playing the best golf of my life, 100 percent. The pandemic screwed it up not being able to play any tournaments, but it also slowed me down not being able to practice, but I feel like I can get back to that level, for sure.”

Freeman said his best tournament round ever was a 68 at Fossil Creek in Fort Worth last summer.

Now with this opportunity at the Texas Junior Am — which dates back to 1927 — Freeman said he’s confident despite knowing how tough of a course Horseshoe Bay is.

“It’s by far one of, if not the, hardest courses I’ve ever played in my life,” Freeman said. “It’s not necessarily very long but it takes a lot of precision off the tee box especially on greens. I’ve hit hundreds of golf balls on that course that landed pin high and spun back 50 yards on the fairway. I don’t think anybody will be shooting any record scores on it.

“But I have a ton of confidence going in. Even with kids going down there playing a practice round or two, that’s not really enough on that course. There’s things on that course you can’t work your way around with only two or three practice rounds.”

The objectives of the Texas Golf Association Legends Junior Tour, per its website, includes establishing a professional, competitive environment where the state’s best junior players can develop and demonstrate their skills while providing innovative resources and services to junior golfers in search of college scholarships.