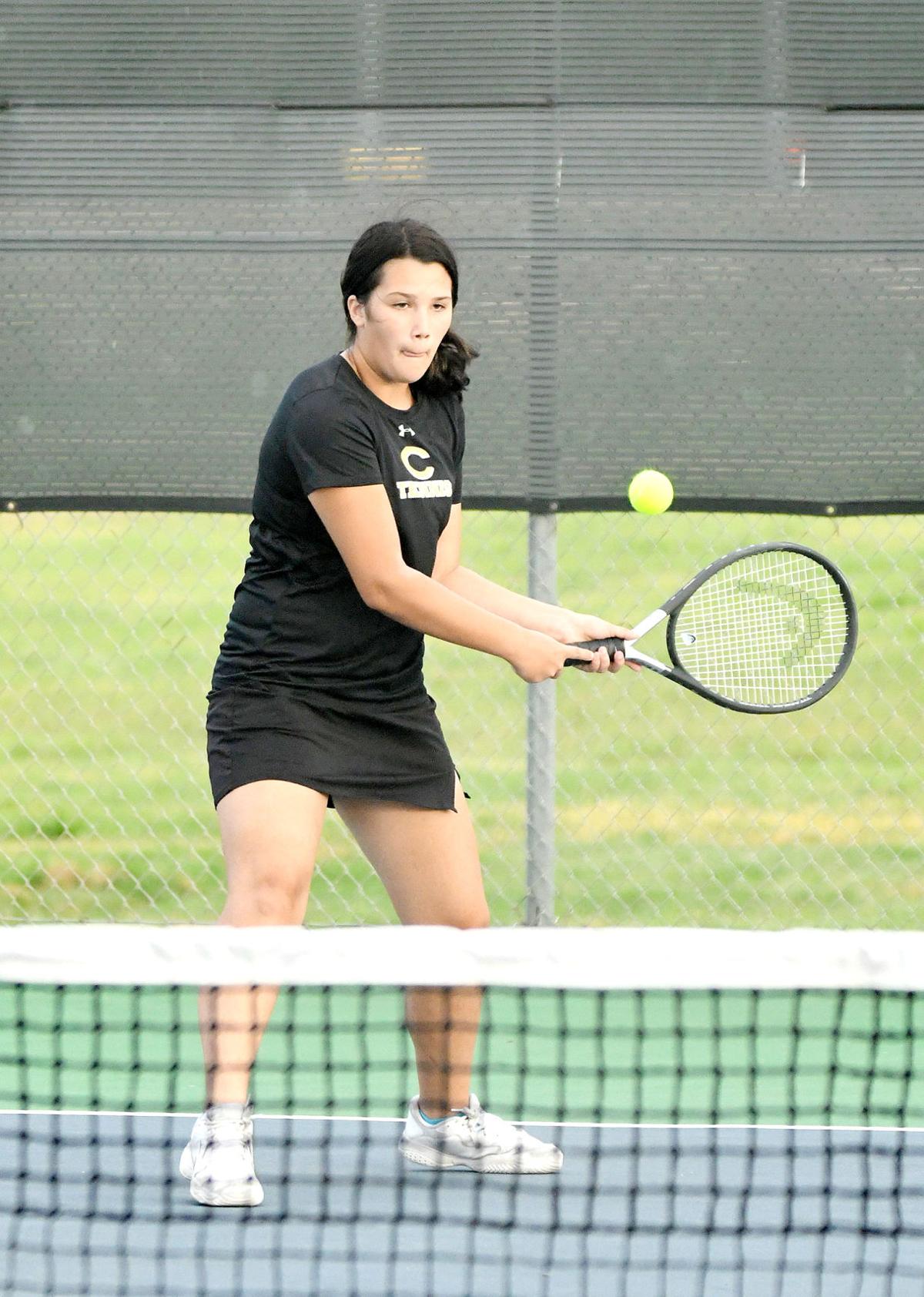 Cleburne’s Megan Baadsgaard picked up a big win in the girls’ No. 2 singles match over Red Oak on Tuesday to help Cleburne secure the head-to-head tiebreaker over the Hawks. A Red Oak loss to Midlothian on Tuesday clinches a playoff berth for Cleburne. 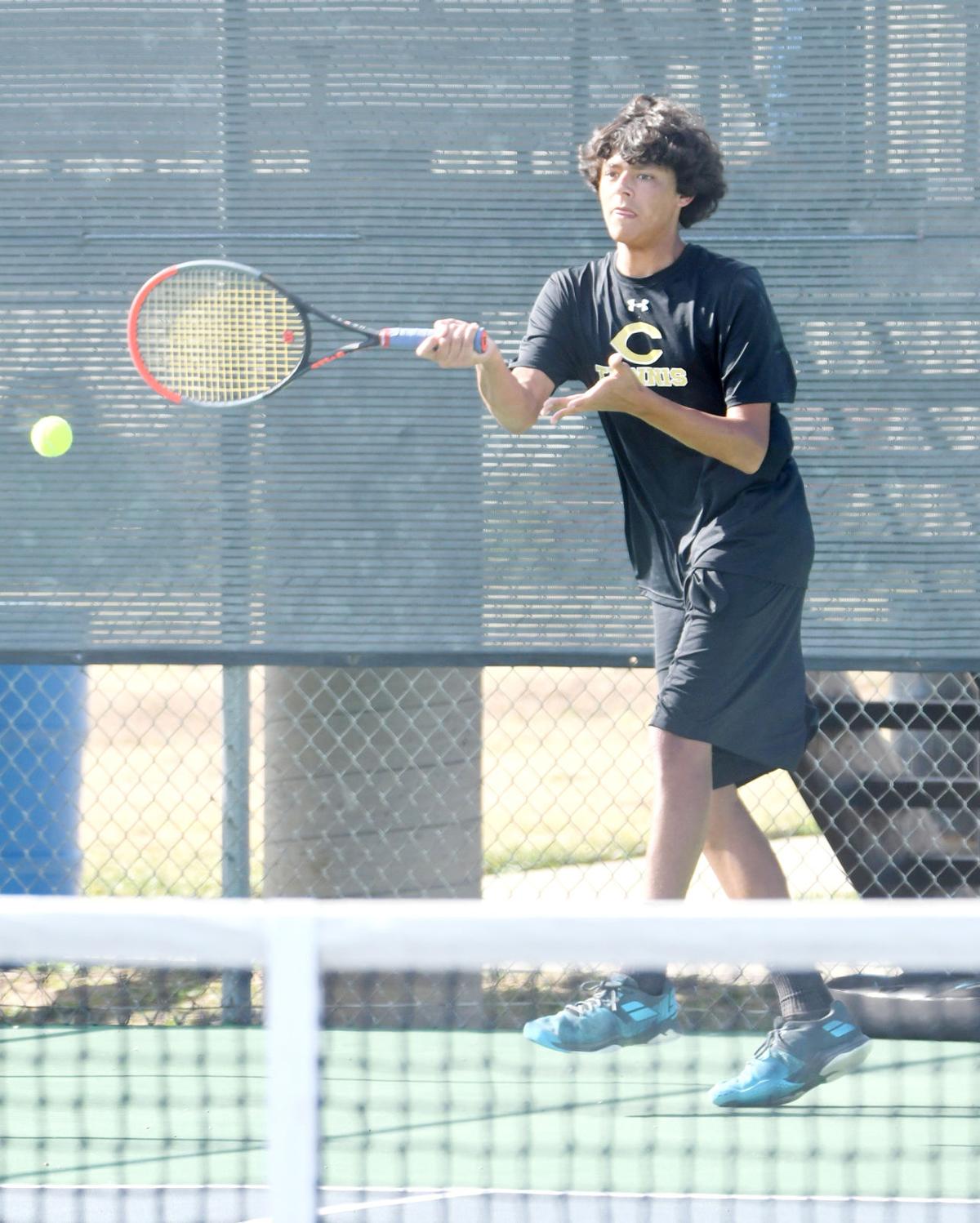 Cleburne's Matt Limon picked up a big win in the boy’ No. 2 singles match over Red Oak on Tuesday to help Cleburne secure the head-to-head tiebreaker over the Hawks. A Red Oak loss to Midlothian on Tuesday clinches a playoff berth for Cleburne.

With the win, the Jackets took a big step towards making their first postseason appearance since 2014. Through five meets, Cleburne and Red Oak each own 2-3 records, but the 11-6 victory gives the Jackets the head-to-head tiebreaker over the Hawks — arguably the biggest win for Cleburne tennis in five years.

Entering the regular-season finale next week, the Jackets can secure a playoff berth with a Red Oak loss to third-place Midlothian (3-2).

The win over Red Oak showed great poise by Cleburne, which was coming off tough losses to the top two teams in the district, Ennis (6-0) and Corsicana (4-1). With their playoff hopes on the line, the Jackets and Lady Jackets came through clutch.

¨I am very proud of how the team powered through early adversity,” Cleburne coach Brett Almond said. “There were several matches where we found ourselves behind in a set. In a lot of the cases, we either came back and won the set or pulled it out in the third set tiebreaker. As it got closer to the end of the match, our kids began to close. We wound up winning the last five matches that came off the court to seal the victory.”

Cleburne closes the regular season against last-place Waco University (0-5), but the Jackets’ path to the playoffs is a Red Oak loss.

Even if Cleburne beats Waco University, the Jackets can still miss the playoffs if Red Oak were to beat Midlothian, which would place the Jackets, Hawks and Panthers in a three-way tie at 3-3 for two playoff spots. Then the tiebreaker goes to highest percentage of matches won between the three teams. In that scenario, Cleburne would miss the playoffs, unless Red Oak were to beat Midlothian by a score of 15-4 or more.

If Cleburne loses to Waco University, the Jackets still head to the playoffs with a Red Oak loss, by virtue of the head-to-head tiebreaker. A Cleburne win and Red Oak loss takes all tiebreakers out of it as the Jackets would finish one game up of the Hawks for fourth place.

In the win over Red Oak, the Lady Jackets went 7-1 over the Lady Hawks to help lead the way. The Jackets edged the Hawks, 4-3.

On Sept. 10, Cleburne beat Joshua, 16-2, for the Jackets’ first win in district play before losses to Ennis and Corsicana.

In the win over Joshua, Nick Crawford (6-2, 6-1) and Bekah Brockett (6-2, 7-5) led the way with No. 1 seeded wins in boys and girls singles. Limon, Wisenbaker, Evetts, Jackson, Rohr, Leverett, Baadsgaard and Andersen all recorded wins in singles matches.

Cleburne will close out the regular season at 4 p.m. Tuesday at Waco University.

The UIL team tennis bi-district playoffs are set for Oct. 14-15. If Cleburne qualifies for the playoffs, it would face the No. 1 seed out of District 13-5A.