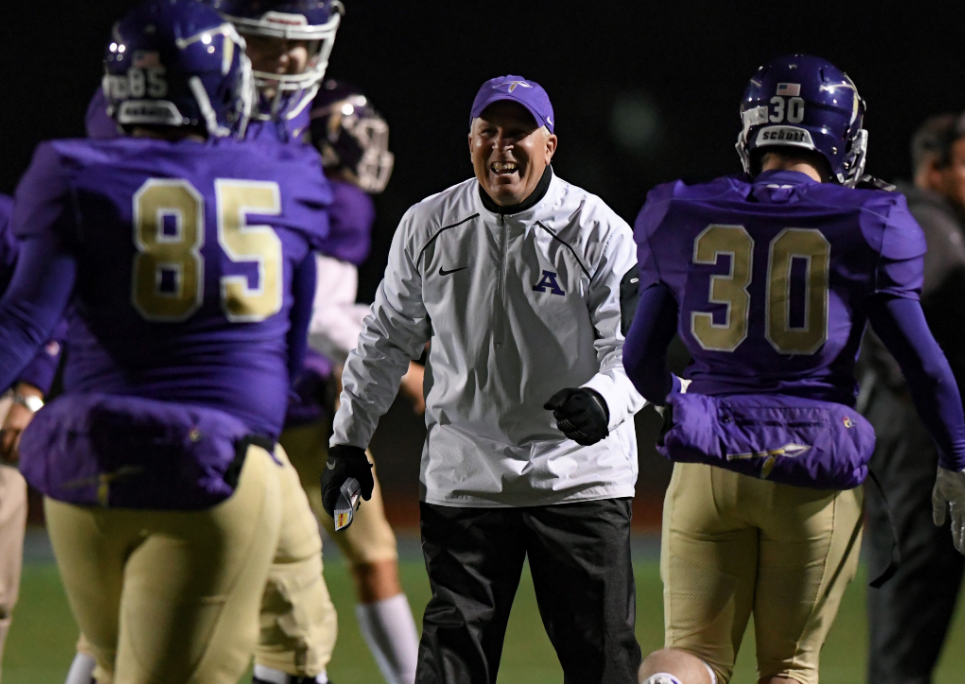 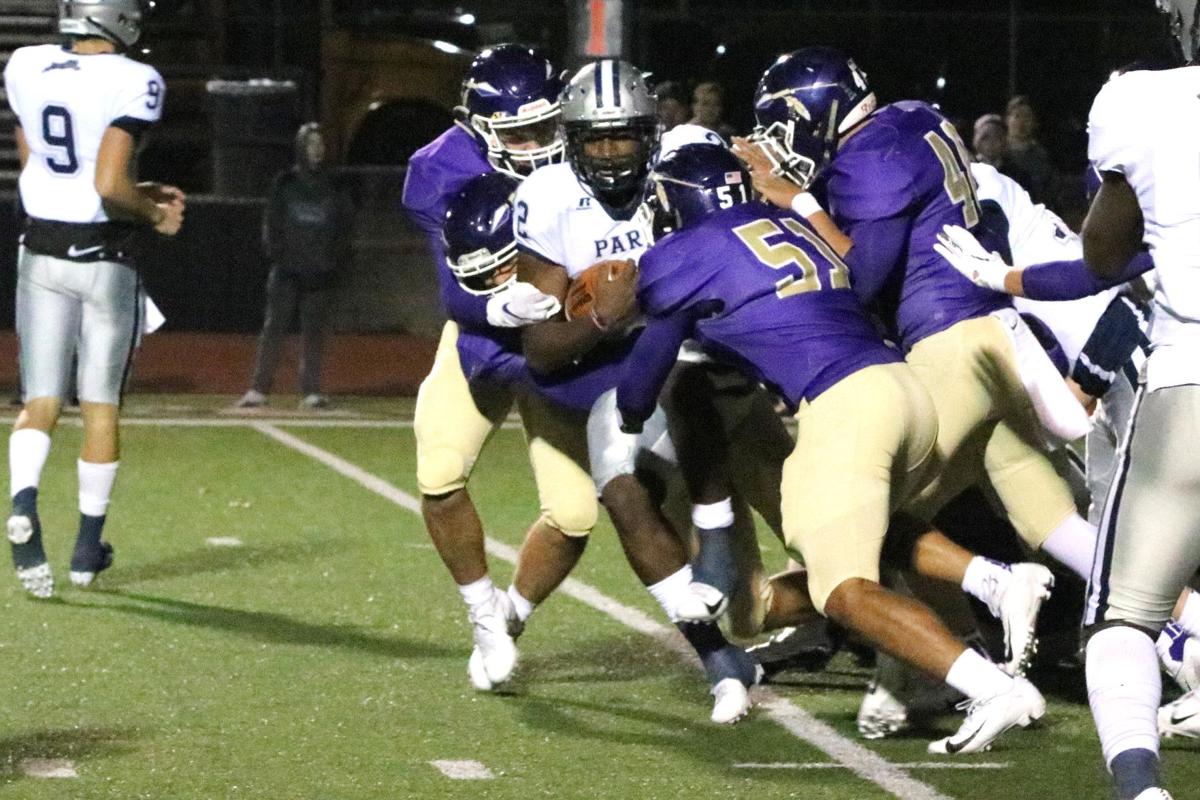 The Alvarado defense made several big stops in the second half to allow the Indians' offense to go out in front in the fourth quarter. 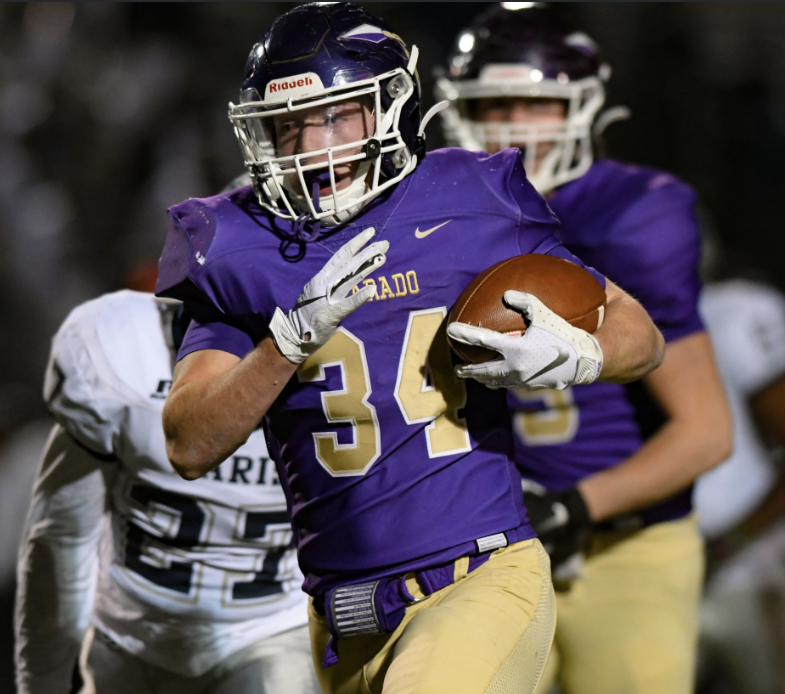 Alvarado senior running back Colby Sampson had another 200-plus-yard rushing performance to help the Indians get past Paris, 35-28, for their first playoff win since 2016.

MCKINNEY — The Alvarado Indians defeated the Paris Wildcats in dramatic fashion, 35-28, to claim their first bi-district title since 2016.

The Indians (9-2) and Wildcats (6-5) went back and forth for much of the night; Alvarado didn't take a lead until a Colby Sampson one-yard run on the second play of the fourth quarter to put the Indians in front, 28-21.

From there, Alvarado's defense came up with multiple big stops to preserve the seven-point lead until the Indians put the game away with 1:22 left on a 19-yard touchdown pass from Josh Syrus to Israel Torres.

Paris scored on a 20-yard pass from Luke Hohenberger to Jameon Mitchell with 14 seconds left, but the Wildcats' ensuing onside kick attempt was recovered by the Indians, who ended the game in victory formation.

Alvarado was again led by senior running back Colby Sampson, who rushed for 255 yards and three touchdowns on 46 carries. Syrus finished the game 3-of-9 passing for 33 yards, one interception, and two touchdown passes.

The first drive saw the Indians march down the field via six runs on eight plays by Sampson, only for the drive to stall and result in a missed 32-yard field goal attempt. The following drive for the Wildcats resulted in a long 13-play, 78-yard drive by Paris, ending with a Zy’kius Jackson four-yard reception to give the Wildcats an early 7-0 lead.

Alvarado wasted no time getting, even after a kickoff return for a touchdown was called back because of a block in the back. From there, the Indians only needed six plays before Sampson scored from five yards out.

Paris responded as Jackson found the end zone again, this time from one yard out, to give the lead back to the Wildcats at 14-7 with 8:44 left in the first half.

Alvarado's following drive resulted in an interception deep in Paris territory on a long pass on fourth down. The Alvarado defense, however, forced a fourth-and-1 from Paris’ own 13-yard line. The Wildcats decided to roll the dice and go for the first down, which proved to be the wrong decision as the Indians defense stuffed the runner for a loss and turnover on downs. Two plays later, Sampson punched it in on a seven-yard run to make the score tied at 14, and close the scoring in the first half.

Paris received the kick to start the second half, and Jameon Mitchell returned the kick 70 yards down to the Alvarado one-yard line, which set up a quick score from Do’rian Williams to give the lead back to Paris, 21-14.

Alvarado turned to its workhorse, Sampson, on the next drive and put together a 12-play drive, that included 76 yards from Samspon, and ended it with a three-yard touchdown pass from Syrus to Jacob Wall tp tie the game back up at 21-21.

Paris returned the ensuing kickoff for a touchdown, but a holding penalty brought the ball back to its own 30 yard-line. The Wildcat drive would then stall as they were forced to punt it back to the Indians.

Alvarado again put together a long drive via eight straight runs by Sampson, with the last one being a one yard score, Sampson's third touchdown of the night, which gave the Indians their first lead of the night, 28-21 with 11:28 left in the game.

Alvarado's defense forced a couple of huge stops, including a Brey Isclaw interception and another fourth-down stop.

Alvarado will take its nine-game winning streak into the area round, where the Indians will face off against No. 8 Brownwood, who defeated Castleberry 61-14.