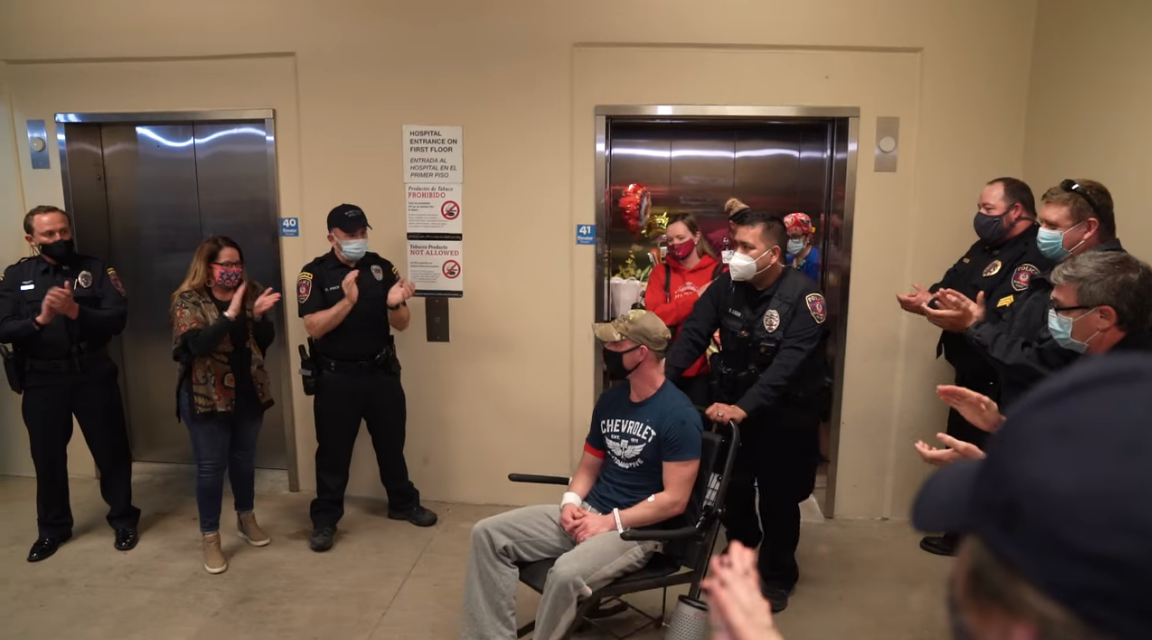 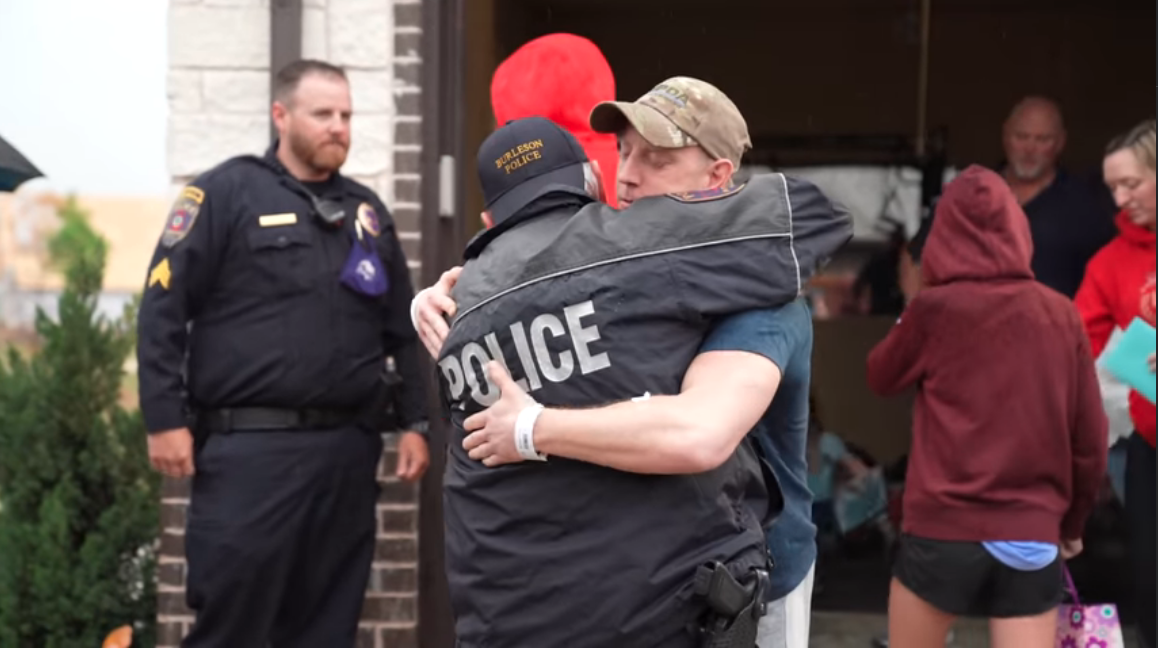 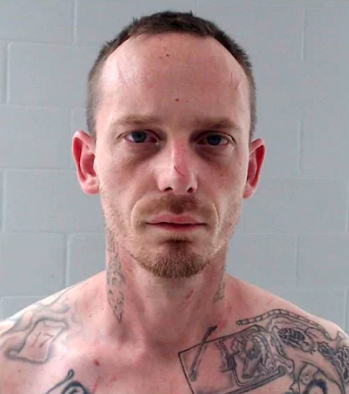 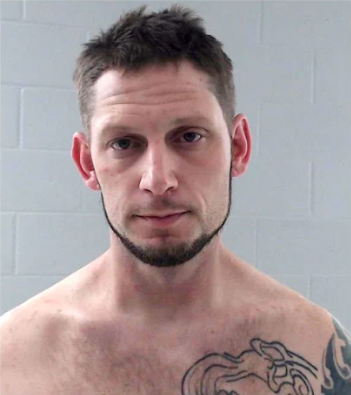 Joshua Lott, the Burleson police officer who was shot three times on Wednesday, was released from the hospital on Thursday evening.

Multiple police agencies lined the parking lot as he exited John Peter Smith Hospital in Fort Worth. A caravan of patrol cars escorted him to his Burleson home.

About 4:15 a.m., Lott made a traffic stop in the 1100 block of Hillside Drive, near Burleson High School.

The stop was made for a defective taillight or brake light, said Burleson Police Chief Billy Cordell.

“As the officer approached the vehicle on the passenger side, he came up on the passenger window,” Cordell said. “He observed a white male in the back seat, a female in the front seat. He tapped on the window to get them to roll the window down, at which time Elders immediately raised a hand gun and proceeded to fire multiple shots at our officer.”

The shots came very quickly as the officer approached the window, he said.

“He had no warning, nowhere really to go,” Cordell said.

Lott was transported by another officer to JPS.

The man who police say shot Lott then fled and shot and killed another woman before he was arrested about 2 p.m. Wednesday in Gainesville.

"Lott was fortunate today when there have been other officers that were not," Cordell said during a Wednesday press conference. "Our prayers are with Officer Lott and his family, the innocent victim's family whose life was taken when it is believed the suspect carjacked her vehicle, and to all law enforcement officers across the country and their families."

Jerry Don Elders, 39, was charged with aggravated assault against a public servant and possession of a controlled substance — both felony offenses. He also had a warrant out for his arrest for a probation violation on a theft charge out of Johnson County, Gainesville police said.

Brewer was in the vehicle with Elders, as well as an unidentified female, when Lott was shot.

Brewer is charged with manufacture and delivery of a controlled substance, assault causing bodily injury and theft. His bond was set at $250,000.

Both are being held at the Johnson County Jail. Additional charges are expected to be added to both men.

Lott, who joined the department in May 2017, was awarded two life-saving awards, one in 2018 and one in 2020. He was given a police commendation in 2019 for work he made to recover seven motorcycles at Burleson Power Sports.

"Officer Lott has served this community with great pride, and he has received several accolades in his short tenure with BPD," Burleson Police Chief Billy Cordell said.

Cordell said that those wishing to help the family can email lcauthern@burlesontx.com.

"Burleson Police Department expresses our sincere appreciation to the multiple agencies who assisted and offered assistance, the U.S. Marshal's Office, Texas Rangers and Department of Public Safety," Cordell said. "We also want to express our thank you to the medical staff at John Peter Smith Hospital who rendered care to our officer. Thank you to our community for their love and well wishes."