Students young and old have raised their livestock and perfected their projects over the last year for the upcoming 2020 Johnson County Junior Livestock Show and Youth Fair.

On Saturday night, the show kicked off with 15 students participating in the 2020 Johnson County Livestock & Agriculture Association and Johnson County Farm Bureau Queen & Ambassador Contest at the Cleburne Conference Center.

Being queen is something White said she’s been wanting to be a part of since she began showing animals.

“It’s been all about setting goals and achieving them and really trying to be a role model for the youth in Johnson County and putting our best foot forward and representing our county leaders,” she said. “I want to do better than I have in the past with all of my projects. As queen, I really want to give a voice to the youth and be somebody that they can come to, somebody they can rely on, somebody that just gives them love and support in everything that they do.”

She plans on majoring in animal science and agricultural communications at Texas A&M University in the fall.

Come said he’s always looked up to the queens and ambassadors over the years while participating in the show.

“I’ve been showing for 10 years now and just wanted to do something more to give back to the organization and be able to help out in any way that I can,” he said.

He plans on spending every minute he has at the show, he said.

“Be the first one in the barn and the last one to leave is my goal,” he said. “Another personal goal, just to better myself. Get more comfortable with talking with everybody, communicating with different people, people I don’t know.”

He plans on majoring in animal science at Angelo State University in the fall.

Hicks said she has had many people in her life to help her along the way while showing animals.

“I’m just really excited, really thankful and blessed to get this opportunity to give back,” she said.

She plans on making an impact to the county youth and to give back, she said.

She plans on double majoring in agriculture and horticulture sciences at Texas A&M.

Crumpton said he’s excited for the opportunity to represent the county.

“For the show, I hope we have a successful week,” he said. “I know these past couple of years have been amazing. The ambassadors and queens have been awesome. I just hope to live up to those expectations. For myself, I hope to come out of this a better person.”

He plans on majoring in animal science at Texas Tech University. 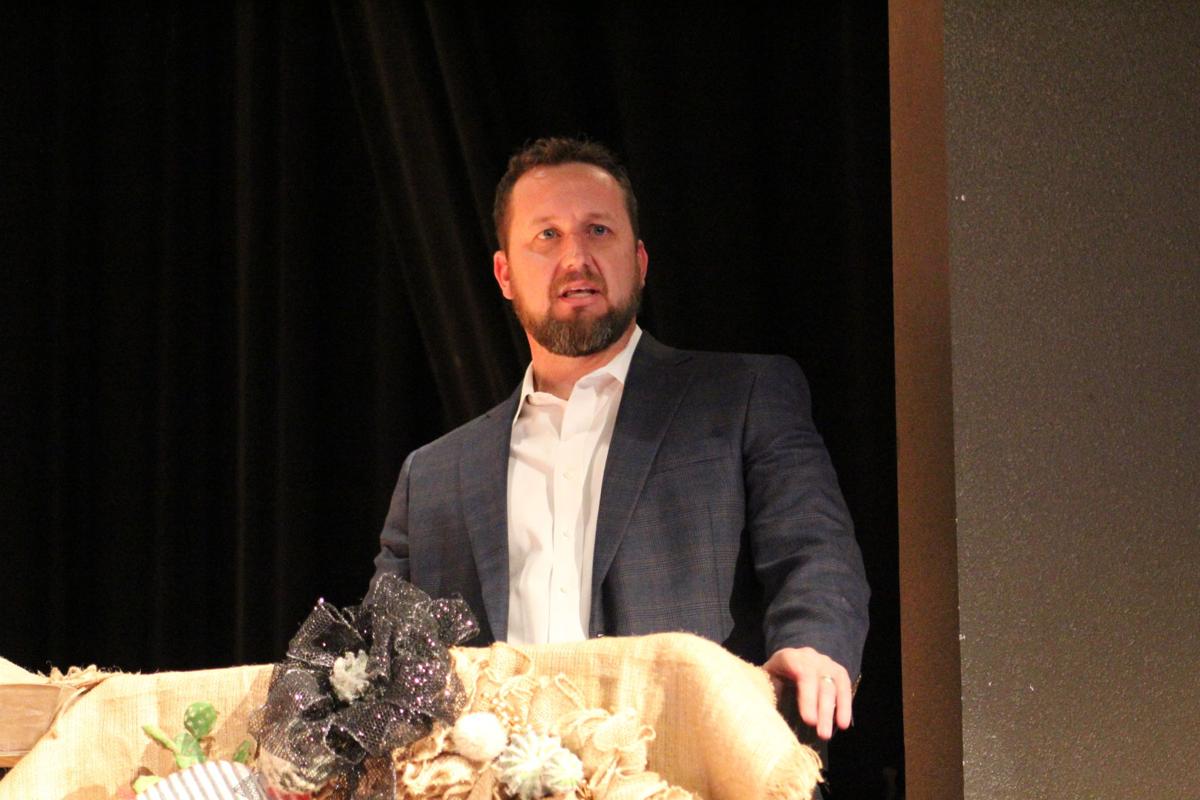 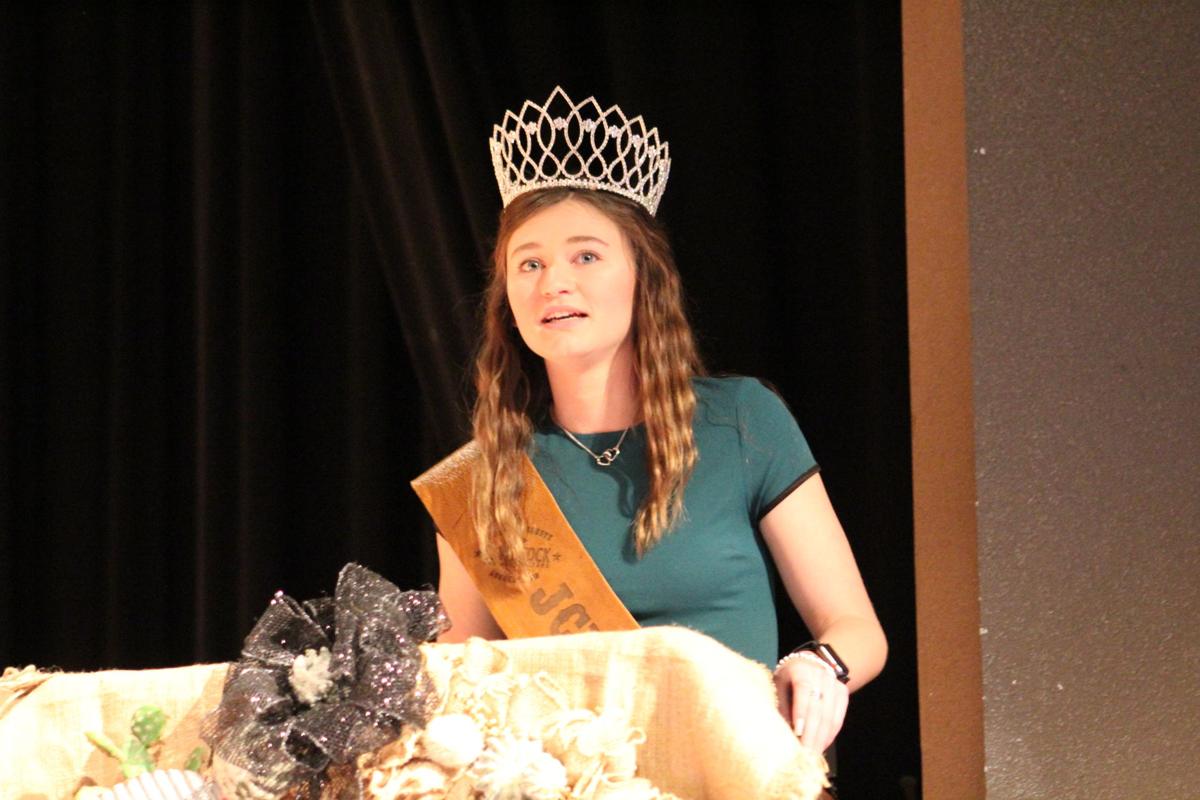 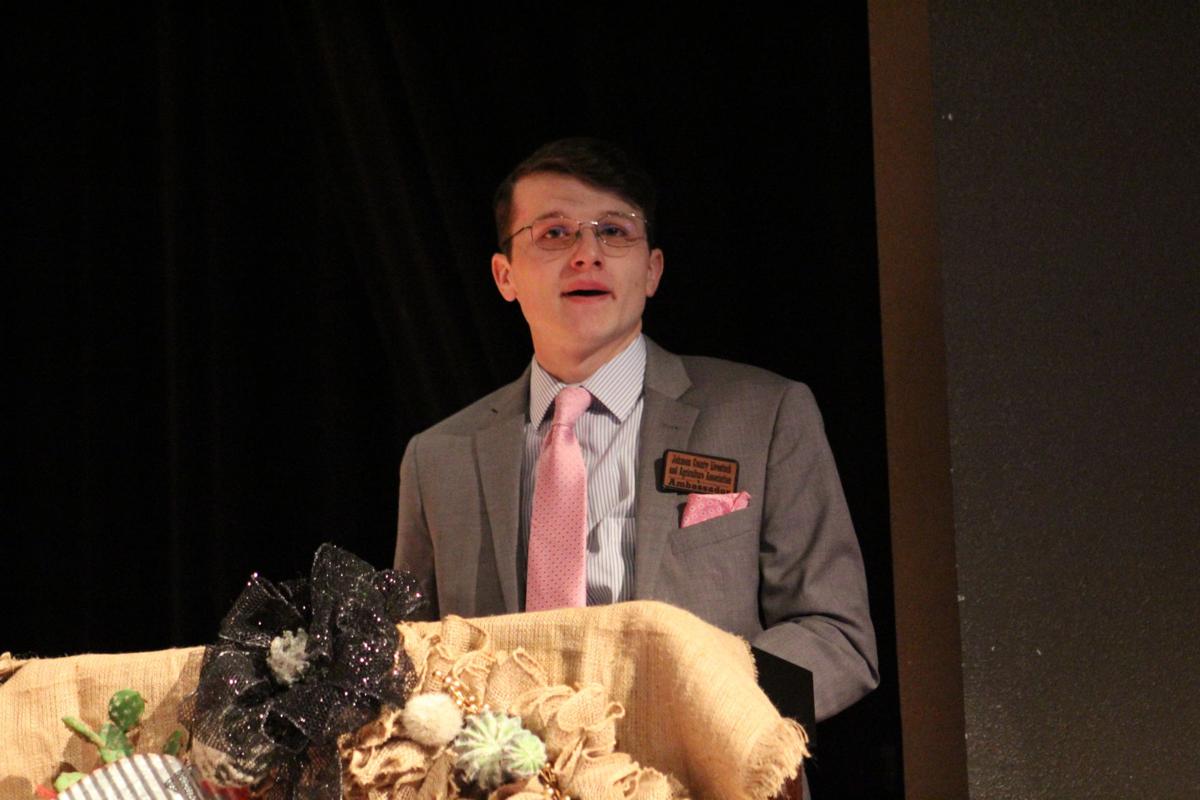 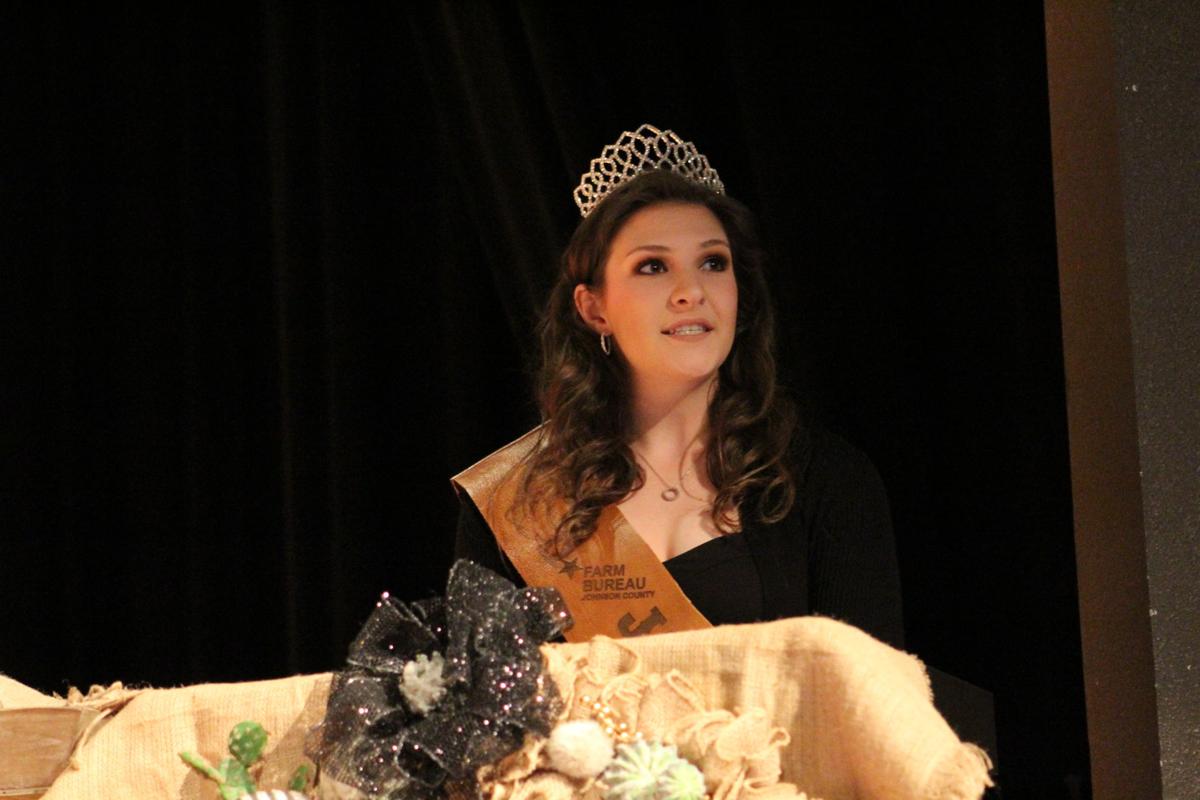 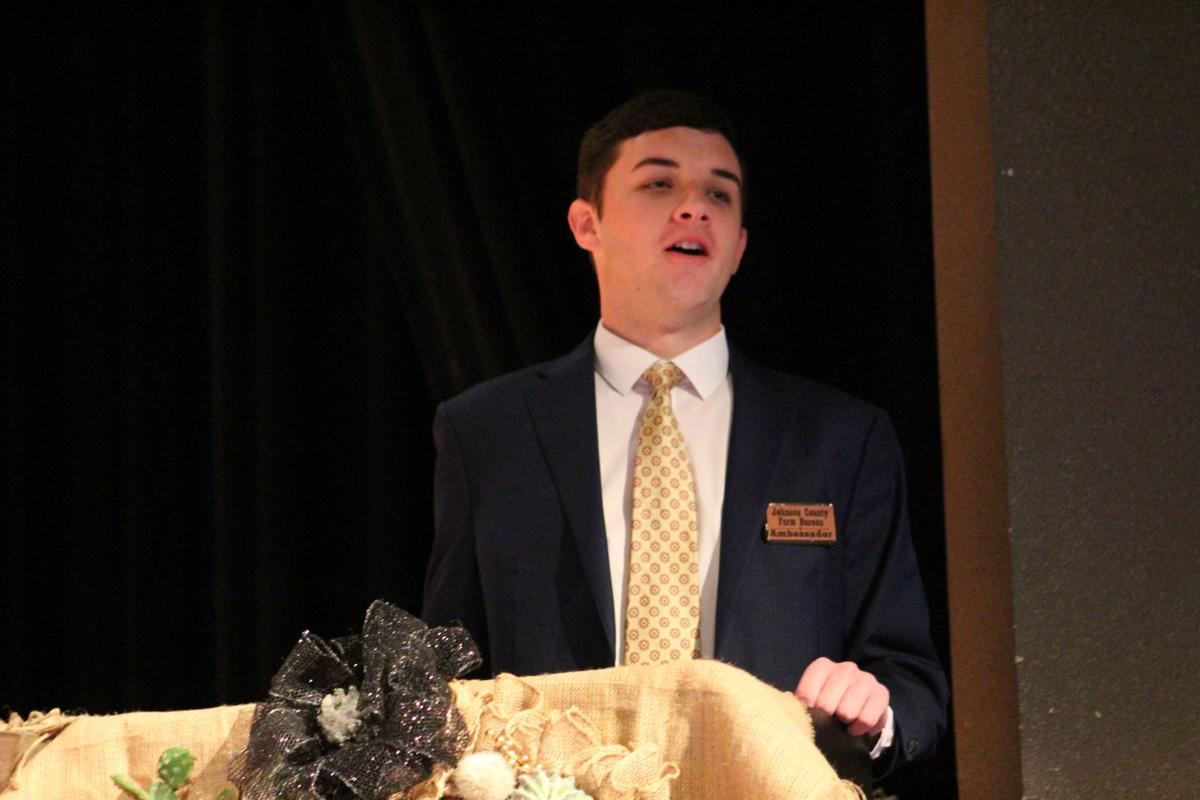 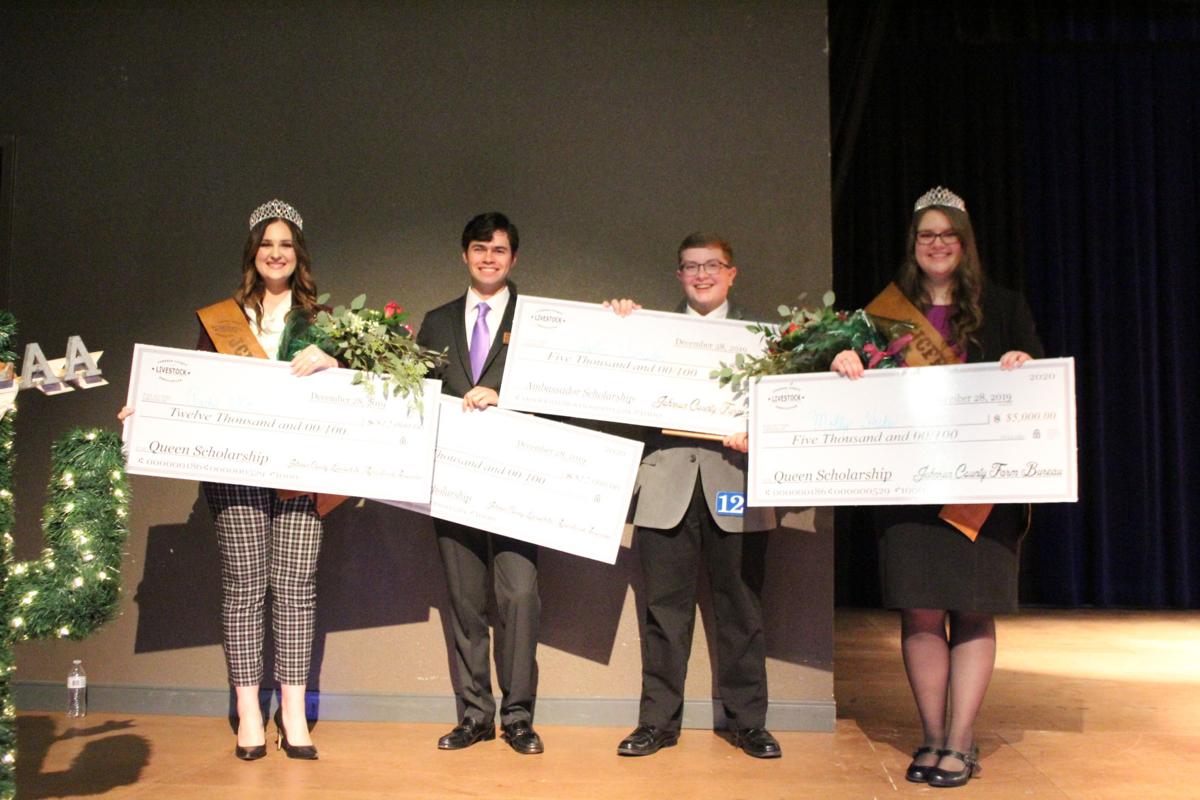 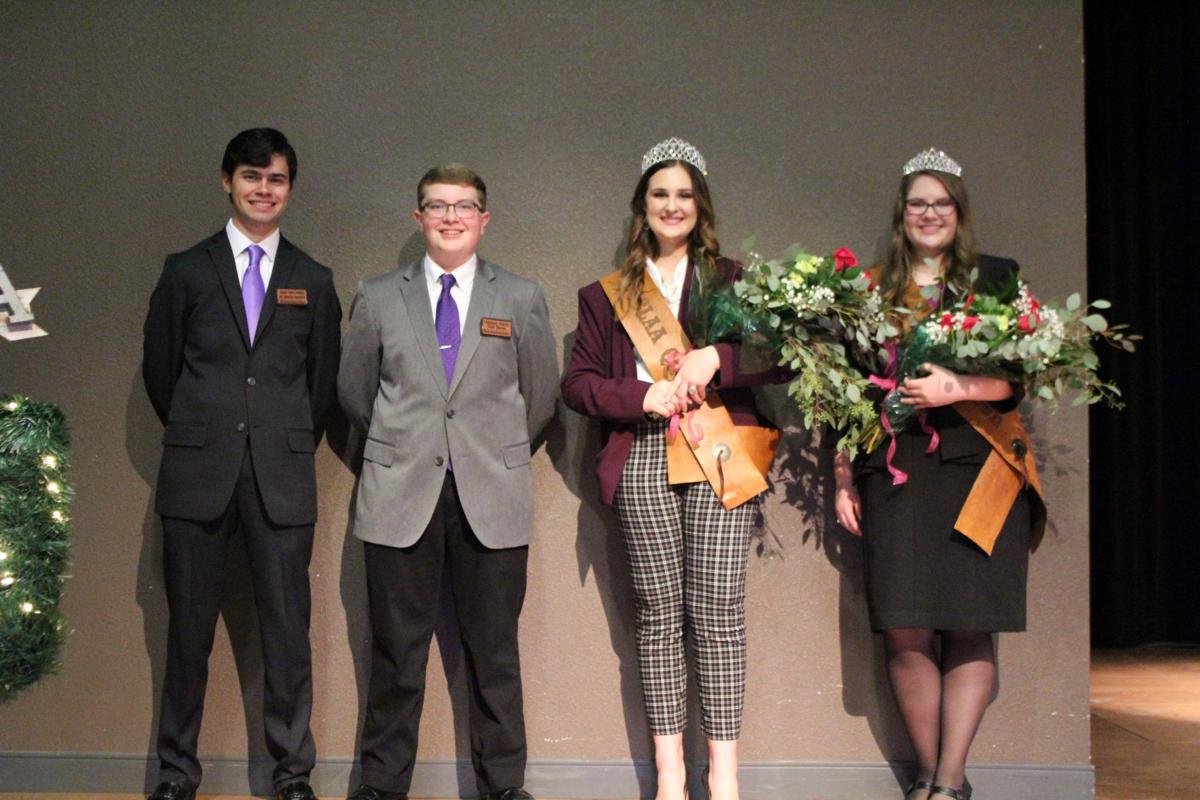 Before the 2019 JCLAA queens and ambassadors passed on their crowns and titles, the four former stock show kids each gave a farewell speech.

Queen Rhianna Adkins said she can’t describe what being in her position meant to her this past year.

“But I can definitely say out of all of the years I’ve done the county show, 2019 was by far the best,” Adkins said. “From the early mornings to late nights, all of us definitely came with a smile on our face and we were ready to work. Being queen was a lot of hard work, but because of my fellow queen and ambassadors — and most of all [Contest Superintendent Nanniece Goodwin] — I would never trade a second.”

She’s majoring in engineering at Texas A&M University and wanted to give the high school seniors some advice.

“It definitely will get stressful at times, but just remember there are so many people that will be glad to give a helping hand,” she said. “But most importantly, don’t forget to have fun and get involved.”

“Listen to these kids; listen to what they have to say,” Calvert said. “They’re telling the same stories we were telling last year. They have a lot to offer this organization.

“I can’t really form to words right now how appreciative I am for a county that is so giving, so generous. I’m infinitively grateful for everything Johnson County has done for me.”

Queen runner-up Kaylee Wilson said it’s been a pleasure to serve in her position.

“Many of my friends said they had dreamed of being queen for as long as they could remember,” Wilson said. “Since I didn’t grow up here, I didn’t have that dream. That is until day two of the county show last year.

“While getting ready to show my heifer, I felt a tug at my jacket and turned around and saw these two glowing girls. They asked me if they could wear my crown, and I let them. I felt it. It was almost overwhelming to experience a dream through the eyes of these little girls as they wore the crown. It’s a living, breathing thing alive in our youth.”

The JCLAA goes well beyond the county show, she said.

“You never know who may recognize you and want to talk with you and learn more about what we do,” she said.

“I fell in love with this industry and chose my own path thanks to many of you,” she said.

She thanked the JCLAA board of directors, queen and ambassador committee, school advisors and her family for their support.

Ambassador runner-up Cason Lutrick said being in his position was his favorite part of his high school career.

“I cannot thank Johnson County and the people sitting in this room enough,” Lutrick said. “could not have asked for a better group of people to be in this position with and an even better person to guide us.”

To view the schedule for the livestock show, visit jclaa.net.

Exhibitors will show 1,922 entries at stock show this year