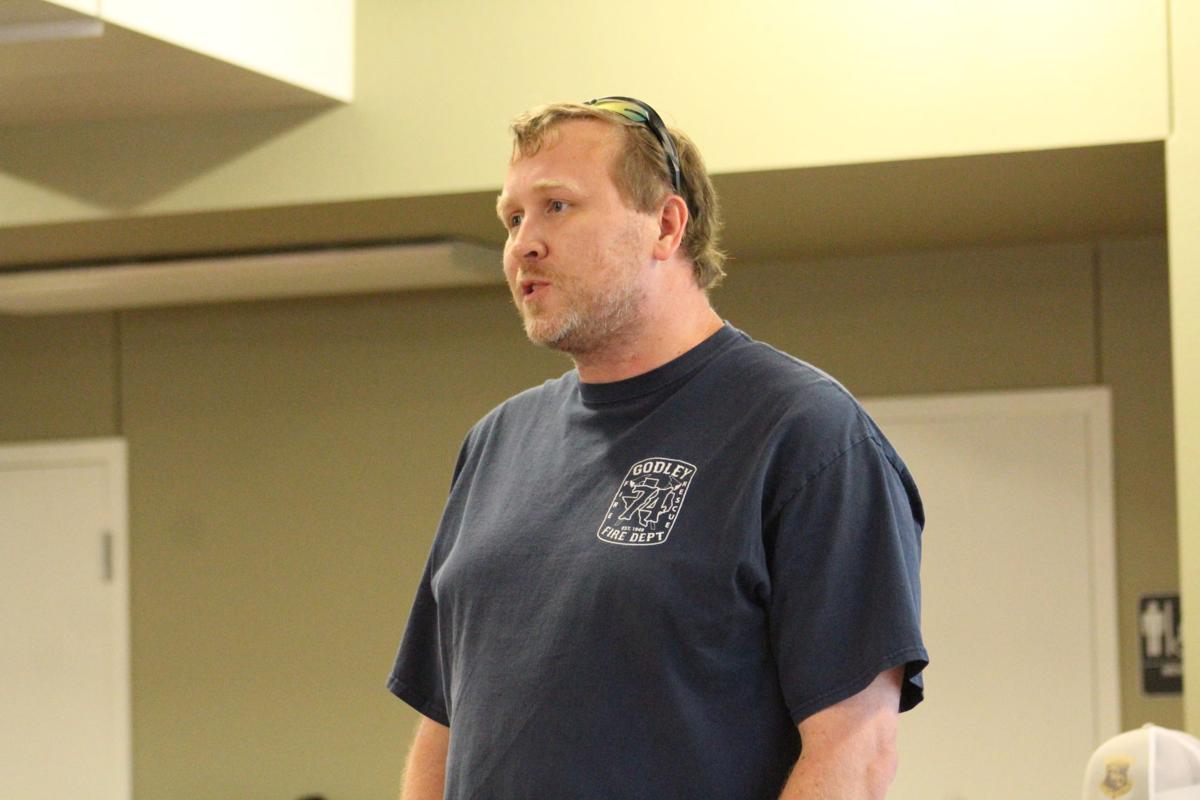 Godley Mayor David Wallis updates the Godley Chamber of Commerce on the renovation of the city park during its quarterly luncheon on Thursday at the park’s pavilion. 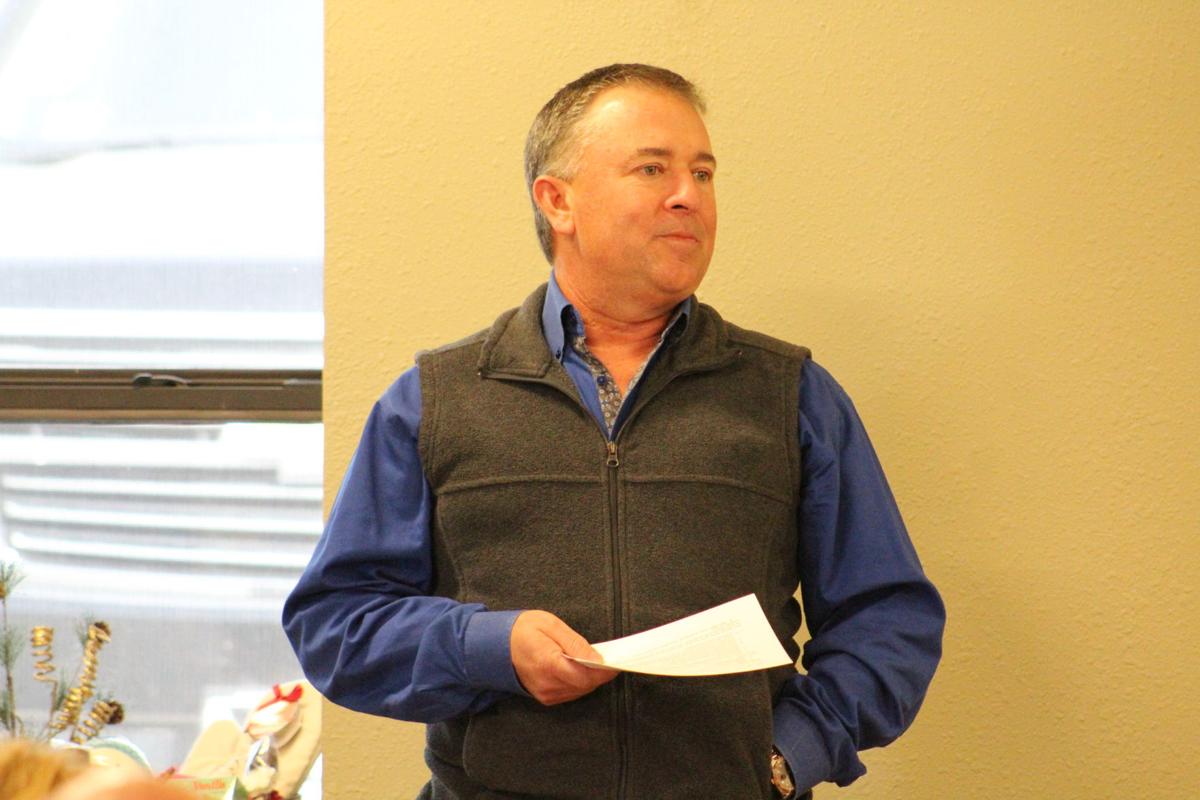 Southwest Properties & Construction Custom Homes Owner Trennon Massengale encourages residents to get involved in the community as the city grows.

Godley Mayor David Wallis gave the Godley Chamber of Commerce an update on the renovation of the city park during its quarterly luncheon on Thursday at the park’s pavilion. The city began renovating the park in September.

They’re about 50 percent complete, Wallis said, and will finish the concrete work in the next couple of weeks.

“The next major stages that are going to change are irrigation and lighting,” he said. “Then we’ve got additional playground equipment coming in and landscaping.”

They are beginning work on the memorial on the corner of the park and have also completed the basketball court/tennis court.

“The rest is just prettying it up, and hopefully we’ll be done by February or March,” he said.

Southwest Properties & Construction Custom Homes was the lunch’s sponsor, and owner Trennon Massengale encouraged residents to get involved in the community.

With the population of Godley increasing every year, he said it’s important for them to come together to support local businesses.

He is creating three committees and asked residents to participate in them: economic development, events and public relations.

Chamber President Allen Irvin thanked chamber members for their support during its inaugural year as an organization.

The chamber began a with 30 members and will have about 70 by the end of the year, he said. Their goal is to conduct more ribbon cuttings and after hours socials next year.