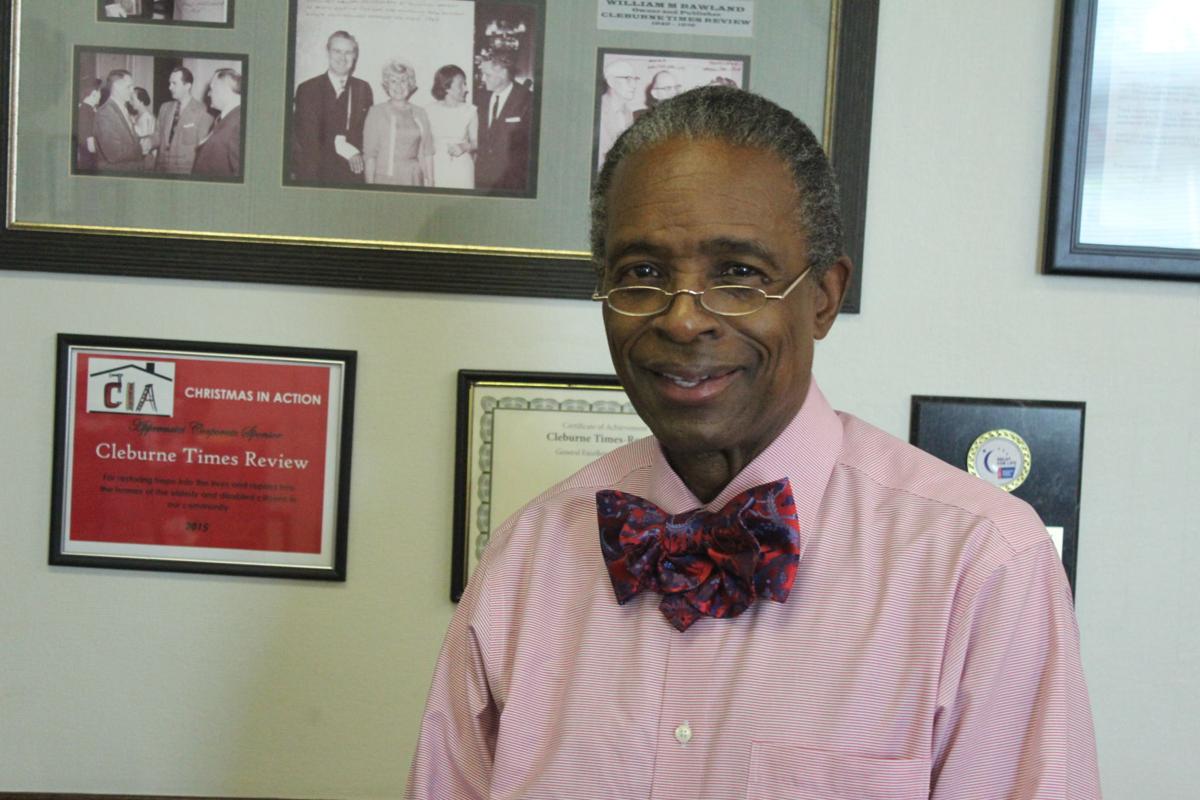 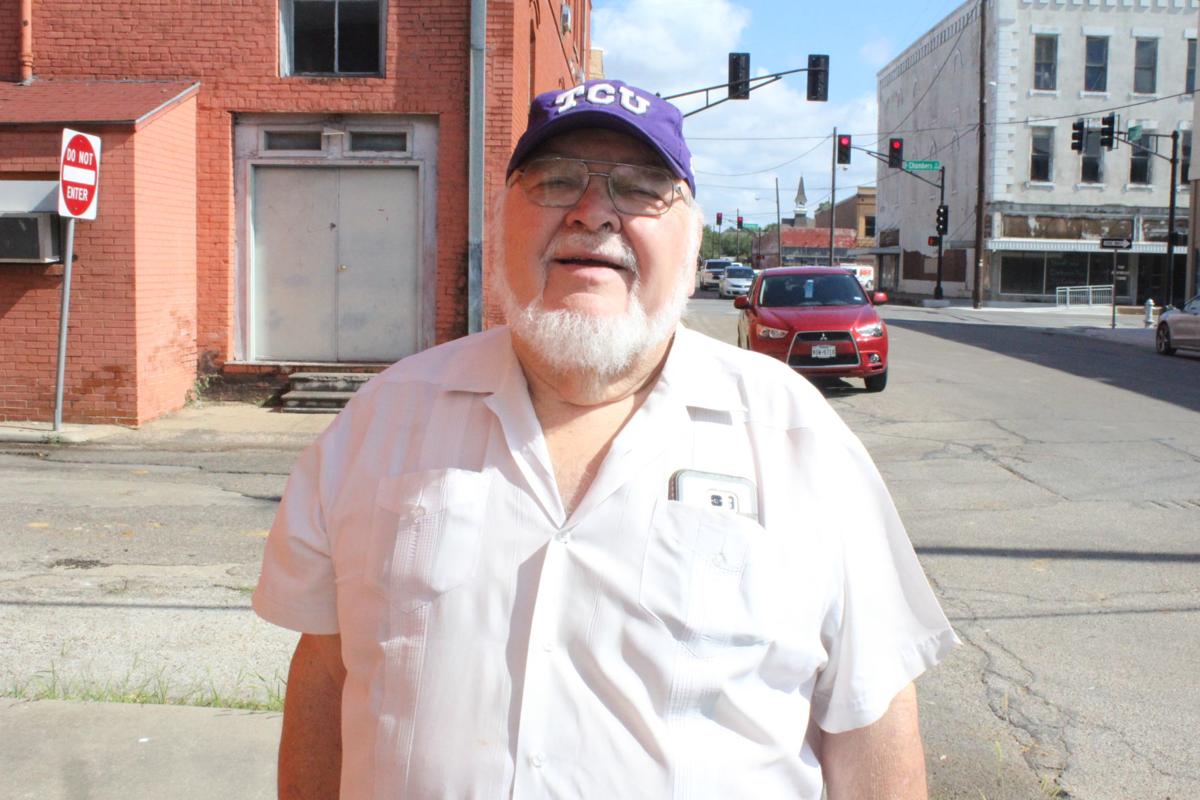 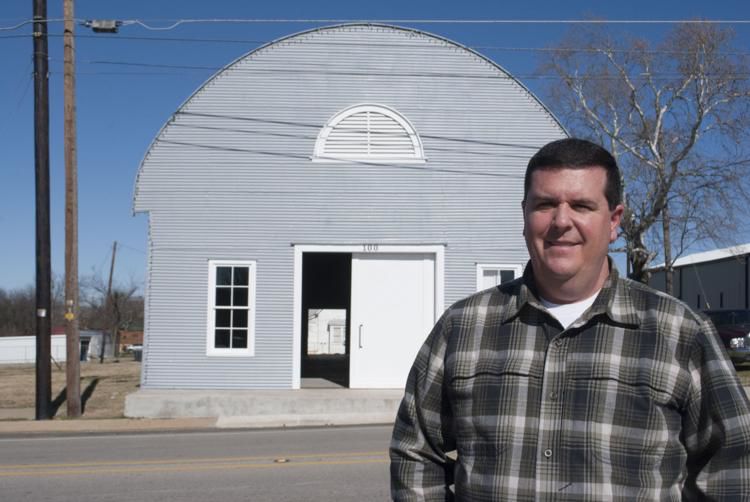 At the center mark of a year unlike any other of recent memory, three Johnson County voters paused to share their thoughts and opinions on where we’ve been and what they think is next in the so far unpredictable and strange new normal that is 2020.

All three agreed to participate in the Times-Review’s Pulse of the Voters, an ongoing series affording voters from throughout Johnson County opportunity to share their two cents on political and social issues of the moment.

The government’s handling of the COVID-19 pandemic receives a mixed review from Percifield.

“In the beginning I think the shutdowns were a good idea to do what we did to flatten the curve,” Percifield said. “But they treated things as one size fits all across the board and I think that harmed us considerably. Johnson County doesn’t need to be treated like Dallas or Houston or New York.

“So I think some things went overboard, but I think [President Donald Trump] did the right thing in listening to the scientists and what they were saying needed to be done. In hindsight, however, I think their models were way off the charts and we should have dealt with this more on a case-by-case basis rather than one size fits all and shut everything down.”

“At best the federal government would get a D-, in fact, closer to an F,” Garvin said. “We knew well in advance this was coming and yet the current administration just sat back and largely ignored it. They said it was a Democratic Party hoax for a long time. [Trump’s] never bought in to the scientific reality of what needs to be done.”

Wright said he thinks Texas was too slow to react to the COVID-19 threat.

“[Gov. Greg Abbott] was too slow because of his ideas and that was a travesty for the citizens of Texas,” Wright said. “I think we opened back up too soon and so are now seeing an increase of the virus on the rise. Gov. Abbott says we’re not going to close down anymore so bottom line is whoever dies will die and those who live will live.”

“We have a president who did not believe in it,” Wright said. “It was almost a joke the way he talked about it. Even today he’s not setting an example by wearing a mask when you go out in public. You hate to see a leader who is doing that kind of stuff and leading the wrong way.”

Response was not overblown, Garvin said, citing increasing positive numbers in Texas and other states and the fact that several cities are contemplating tightening of reopening plans.

Percifield credits the spikes to protesters.

“Now the protesters are mingling among each other, but they’re not stopping these people from not social distancing,” Percifield said. “You can’t go into Walmart without wearing a mask in Burleson, but they can protest in Dallas without wearing a mask. In the blue cities, counties and states they’re allowing these people to run rampant, but they’re not making them social distance like they do the rest of us.”

Those situations, Percifield said, differ from recent Trump campaign rallies, which have also seen a lack of social distancing and face mask wearing.

“They were checking people as they went in taking temperatures,” Percifield said. “No one’s standing on the street corner by the barricades at the protests saying, ‘Hey, come over here. We need to make sure you don’t have a temperature or anything.’ They’re not treating it equally.

“Trump’s Tulsa rally didn’t have as many people as they wanted. But they downsized somewhat. Democrats tried to make it sound like not a lot of people showed up. Well, no, they downsized a bit due to threats of terroristic activity from Black Lives Matter and Antifa, and they didn’t allow the people to congregate outside.”

“But I’m happy to see Blacks, whites, Latinos, Asians and all walking together for a common purpose,” Wright said. “That is that we now have with our own eyes where many thought Blacks were just talking what [police] are doing and I think that’s brought an awareness to the nation that never would’ve happened before. Whites in America, many of them, I would not say all, did not know it was like this before George Floyd’s death and I think it has sensitized many of them to what the Black man is going through.

“I think Trump is depending on the racists to come to his rescue. I’m just hoping that by God’s grace, God comes in with the Holy Spirit and reforms the minds of people to see that all of mankind is humankind. Why people hate each other because of the color of their skin I don’t understand it.

“We need to sit down but the president we have does not want to sit and have a talk about races because he is going to have a challenge with that. He has had those problems all of his life.”

“I don’t see this ending as far as the protests until our government on the local, state and federal level, we have to address some issues that really need to be addressed in America,” Garvin said. “I don’t believe it’s going to be swept under the rug this go around.”

“He stepped back and said it was a terrible thing that happened,” Percifield said. “And I totally agree with that just like everybody else. The thing I liked was that President Trump didn’t jump to conclusions unlike Obama in the past. A lot of [past instances of alleged police brutality] were stirred up because people stepped into something they shouldn’t have. They should’ve sat back and waited for the evidence to come about and get the full story. Whereas the president did that [in the Floyd case] and I commend him for not jumping to conclusions like what happened in the past administration when Obama just jumped out there on sound bites.”

Percifield commented as well on the protests that followed Floyd’s death.

“A lot of people were very upset over the George Floyd situation and yes, I agree,” Percifield said. “That man, regardless of what his past was, he was improperly treated and that was handled the wrong way and never should have happened. That man should be alive today.”

“People who were initially protesting had something legitimate to protest about,” Percifield said. “A man was killed for no reason. However, if you do a little research you can find out a lot about [Black Lives Matter] and it’s not a conspiracy theory. They stepped in and hijacked the situation. Do some investigation and you’ll find the Black Lives Matter leadership are Marxists. They’re trying to completely do away with American culture and start over.  The sad thing is many people of color are jumping on board Black Lives Matter and don’t realize it’s run by Marxists. Follow the money. It channels money to the Democrats, a bunch of elitist white people. It’s not helping any black lives whatsoever. And more black lives are being lost by abortion. If black lives really mattered to them they would be going after the abortion clinics, and they’re not doing that.”

Garvin predicts that November holds bad news for Trump and his party.

“Dems will hold the house and I think their numbers will increase,” Garvin said. “I don’t know by how many. I think they’ll have the U.S. Senate and take over the presidency. But they better get busy and change some things for society. If they don’t, they’ll find themselves in as deep of trouble as the Republicans find themselves in.”

“If the choice is [Joe Biden] and Trump I would have to pick Biden,” Wright said. “Because of his compassion and at the same time his experience. Our current president oversteps all boundaries. He just does things and there’s nobody to put him in check. They just sit there and agree with him, which I think is a disservice to the country. That’s where Senate Republicans ought to rise up and say, ‘No, this can not be done.’But rather than do that they just give him open space.”

Percifield, on the other hand, contends that Trump’s record should help pull him to victory.

“He came in three years ago and sent the economy through the roof, lowest unemployment numbers for Blacks, women, everyone,” Percifield said. “The whole list of everything he’s been able to get accomplished. We finally got a president who listened to the voters and he’s there for a reason and doing what needs to be done to fix our country.

“Biden, by contrast, has been in public office over 49 years and has created a lot of these problems Trump has had to go in and fix.”

“I’m afraid we’ll always have a portion of society terribly against whatever the government is trying to do,” Garvin said. “But I’ve been impressed with Joe Biden’s ability to chat with the American people recently. He’s done the things Trump should’ve done. The best thing that could happen to Donald Trump is to throw away that damn telephone, quit tweeting and occasionally make a sensible statement at a news conference. I think that may be an impossibility for him to do.”

Wright said it remains to be seen whether Americans can move past bitter partisanship.

“Congress should move in a bipartisan atmosphere and not get caught up in, ‘I’m a Republican, and you’re a Democrat.’” Wright said. “I’ve never believed in that. You have something that’s good for the nation, for the people, let’s join hands together and do that.

“And that’s where people need to speak up and make a change and then a lot will follow. But, some will not no matter what you do. They won’t change.”

“If Trump wins in November I think our economy comes back strong, maybe stronger,” Percifield said. “There won’t be anything to stand in his way unless Democrats retain the House and just keep throwing road block after road block up.

“But I think [Trump] will take us to new heights. We will actually get that pride back into what it means to be an American and move forward. I think this is just a bump in the road for us and there are better things to come. But it’s going to take him getting re-elected to have that happen. If the Democrats get in power I think it will put our country so far back from where we are right now that it’s going to be detrimental.”