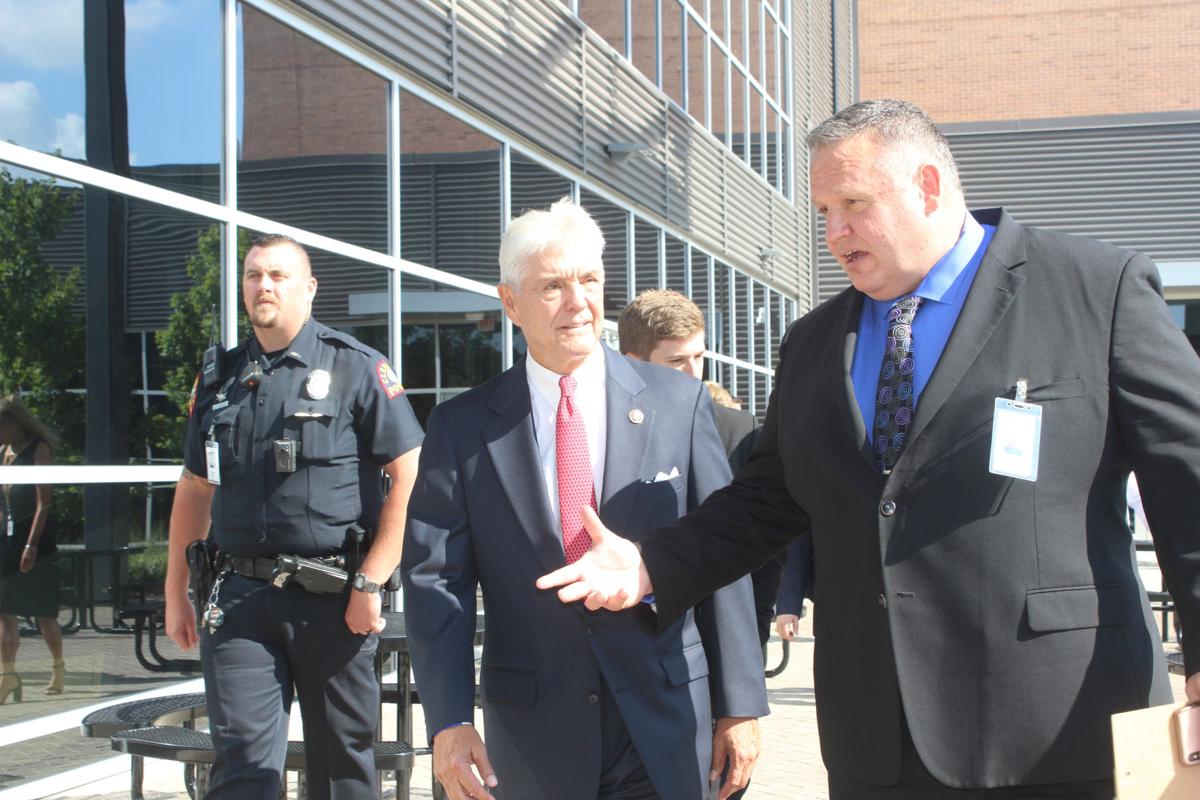 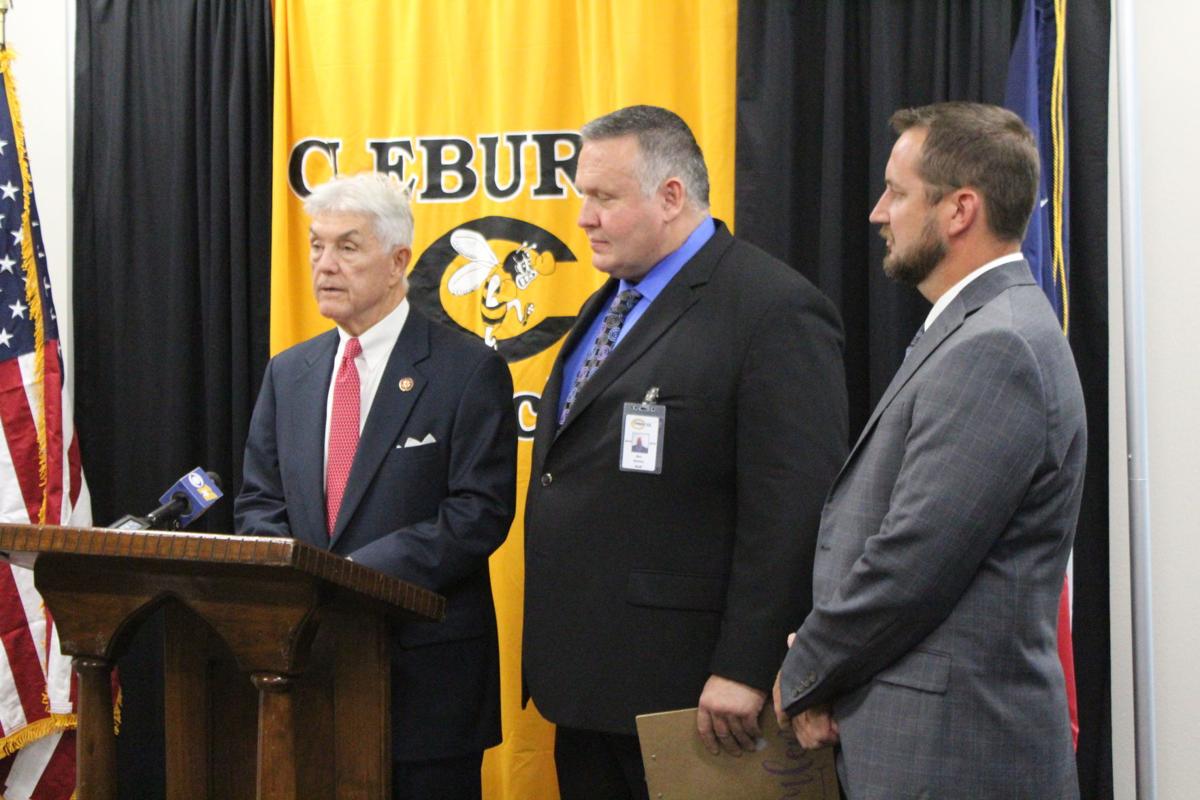 Williams discussed the School Violence Prevention and Mitigation Act of 2019 with district officials on Thursday at Cleburne High School and how the proposed legislation could help schools all over the country.

Williams introduced the legislation in July, in a bill that establishes federal grant programs for public schools to first identify then mitigate vulnerabilities in their security-related infrastructure.

The bill authorizes $2 billion over 10 years for schools to first identify security risks and then address any shortfalls, according to the release.

All schools will be required to install at least one silent panic alarm for use in a school emergency, according to a previous Times-Review article. When it’s activated, it will directly alert the closest law enforcement agency of the emergency.

After touring the new academic wings of CHS, Williams discussed his bill to CISD officials.

“In the greatest country on earth, no parent should fear sending their child to school, and no child or educator should fear for their own safety in the classroom,” he said. “The time has come for us to all work together to find solutions to the threats that schools often face today.”

Shortly after the shooting at Santa Fe High School in May, Williams said Gov. Greg Abbott and the Texas Legislature took action and passed legislation to ensure the safety and security of Texas students and schools.

“Because of their actions, Texas now leads the country in conducting safety assessments,” Williams said. “Every three years, school districts are required to conduct a safety audit on their facility and ensure a safe environment that is conducive to those that want to learn. The federal government must become a part with the states and take action to provide grants so schools can secure security weaknesses and make them fully and properly addressed. My legislation builds off the success we’ve had in Texas by allowing schools to receive expert opinions in their current security infrastructure and goes one step further by offering assistance to help fixed uncovered vulnerabilities.”

The law was enacted in New Jersey, he said, and is in honor of Alyssa who was 14 years old when she was killed in a school shooting.

“As a nation, we already invest the time and resources to protect so many other areas in our community,” he said. “We protect airports, government buildings and high profile politicians. Why do we not place similar values on school buildings where every day the future of our nation goes to learn and develop?

“Our kids deserve better from us. It is passed time we start showing them that we hear their concerns and will act accordingly. We owe it to the memories of those lost to do better.”

CISD Superintendent Kyle Heath thanked Williams for visiting their district and for his work in Washington D.C.

“I know we live in a time frame when anything can happen anywhere,” Heath said. “I think it’s important that — as a parent myself — that we are prepared. That we’re doing all the things that we can to provide a safe environment possible.

“We take that as our paramount, most important concern as a school district. We know that everyday those parents are dropping their most precious resource off to us. We take that seriously.

“We provide training to our teachers. We truly feel like our kids are safer here than probably anywhere else because of the support that we get, the training we get and the improved technology that can help provide safety.”

U.S. Rep. Roger Williams, R-Austin, recently introduced the School Violence Prevention and Mitigation Act of 2019, a bill that establishes federal grant programs for public schools to first to identify then mitigate vulnerabilities in their security-related infrastructure.