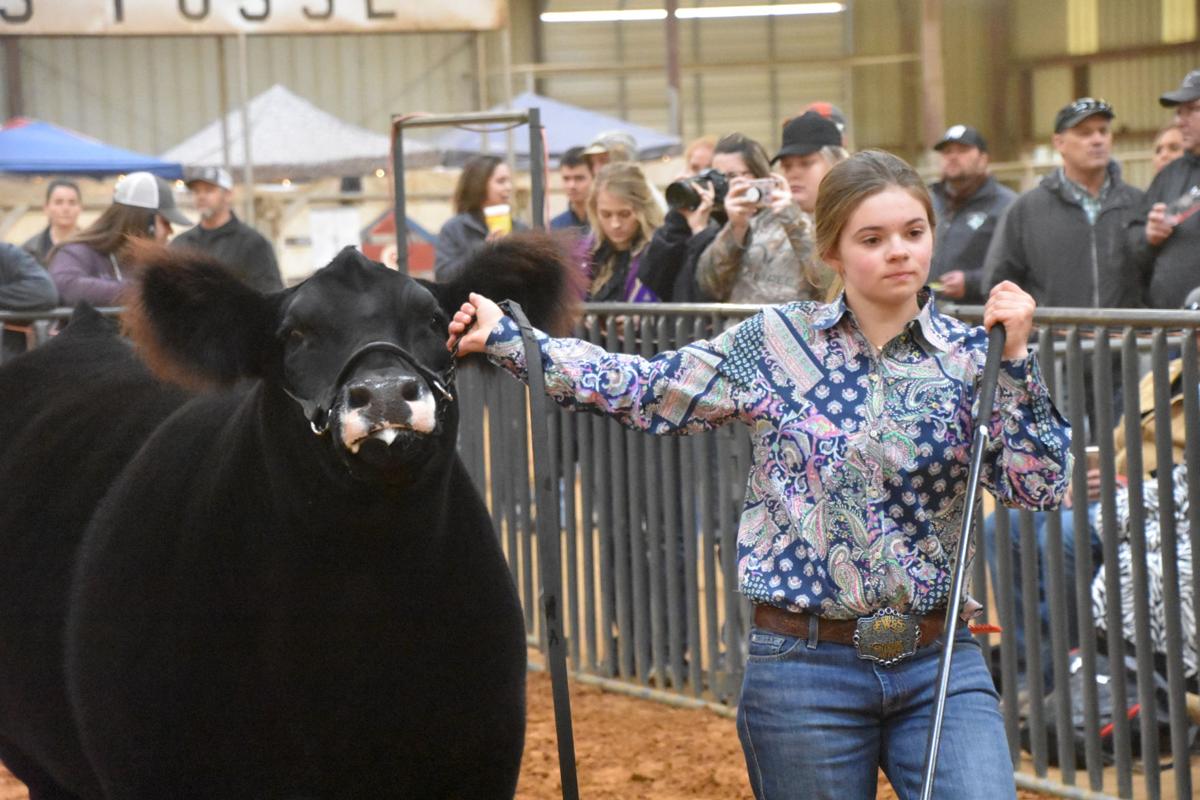 Mikala Grady of Grandview 4-H claimed her fifth grand champion steer title on Thursday afternoon at the 83rd annual Johnson County Junior Livestock Show and Youth Fair. She also claimed reserve champion honors for steer, as well as grand champion swine, which was her third year for that honor. 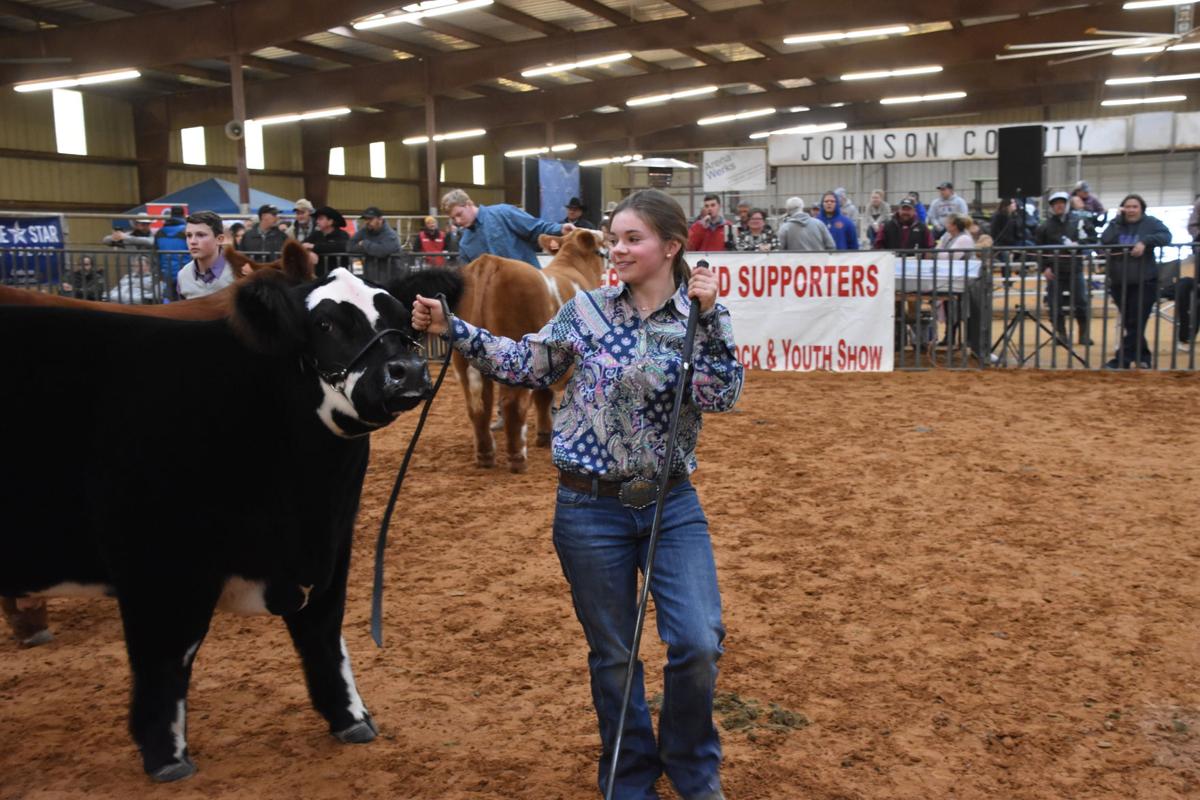 Mikala Grady beams a smile after learning she’d won not only grand, but also reserve.

For the fifth time in a row, Mikala Grady of Grandview 4-H won grand champion for her steer during the 83rd Johnson County Junior Livestock Show and Youth Fair. She also placed reserve.

Grady said placing both grand and reserve in the steer show was awesome.

“I have a whole lot of people who help me and we’ve all put in a lot of work to make this happen,” she said. “We were able to pull it all off  together.”

“Congratulations on those two cows,” he said. “That grand has a lot of good trim and that reserve is just super smooth and looks so complete from the side.”

Grady also claimed the grand champion swine this year, making it her third year in a row to win that title. 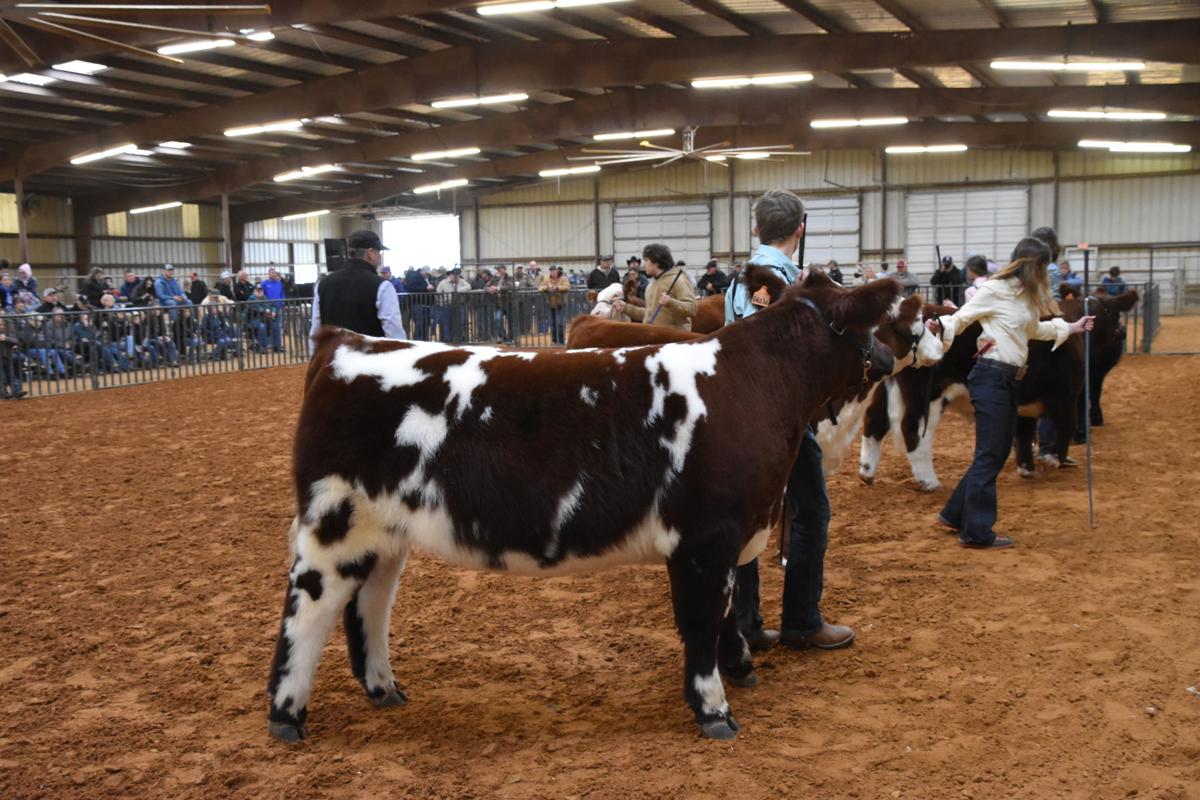 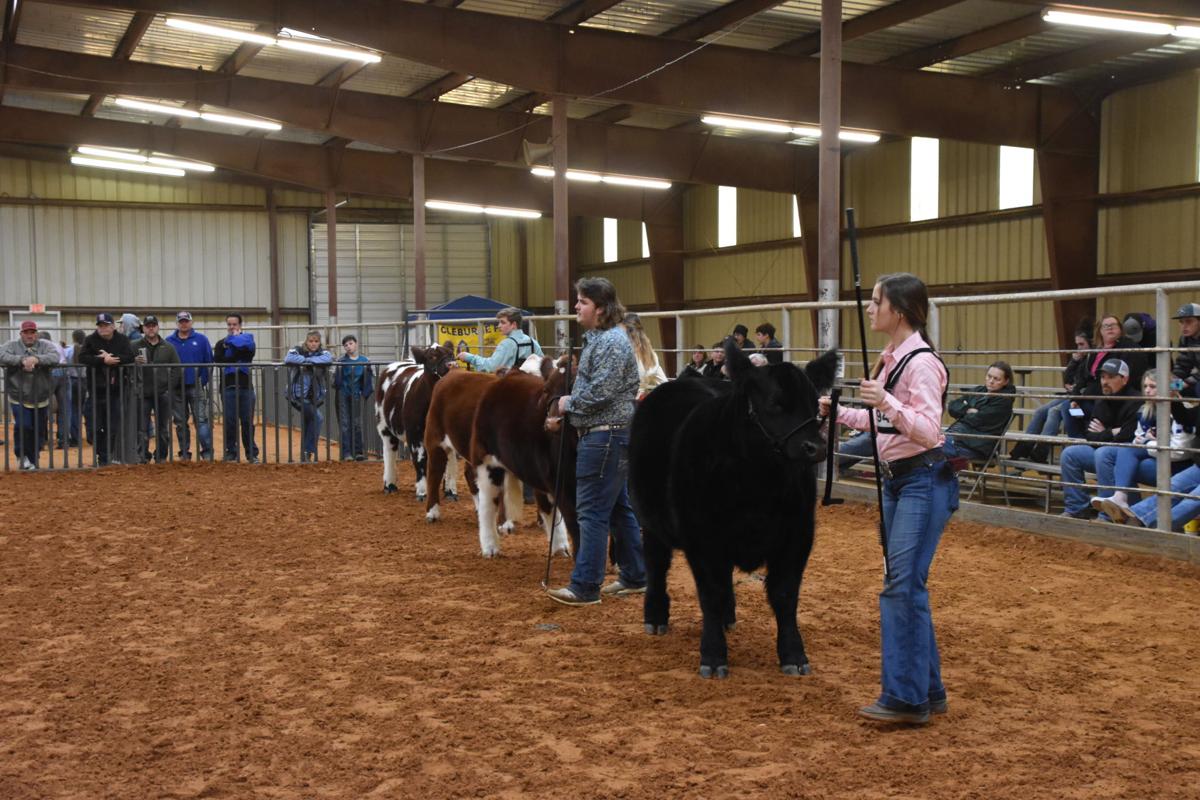 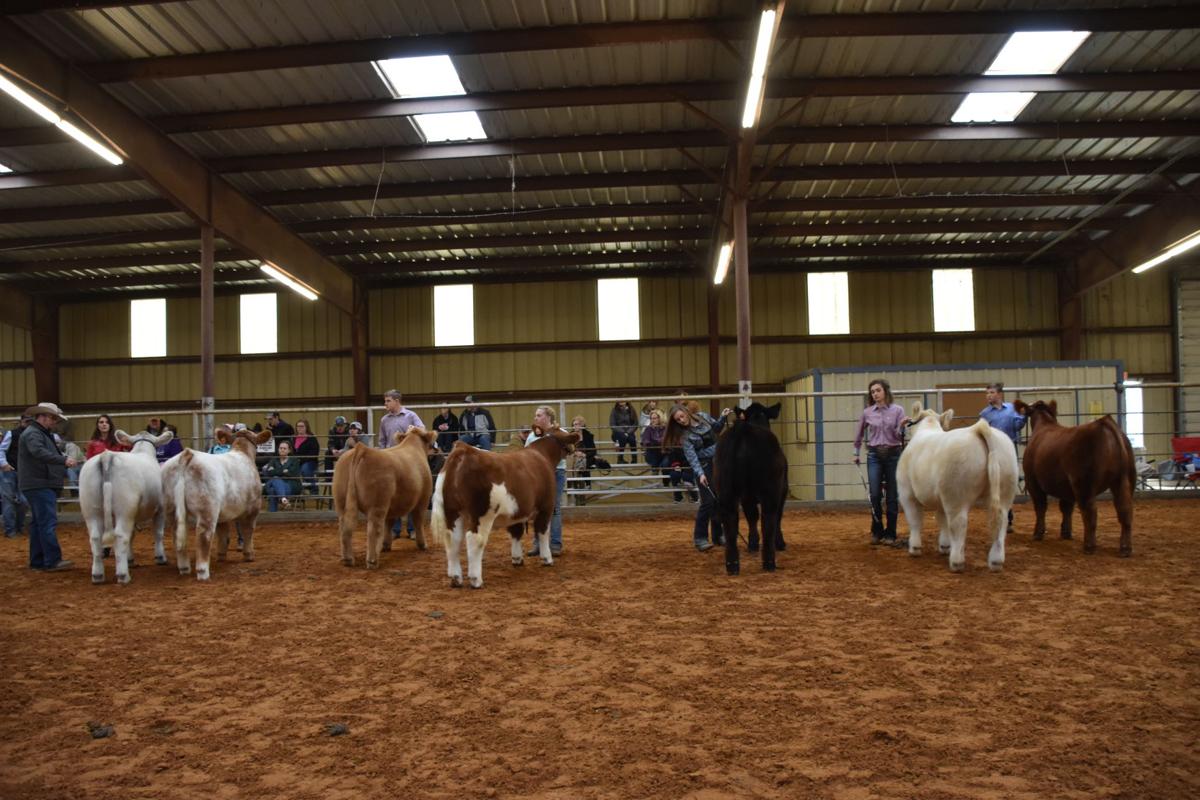 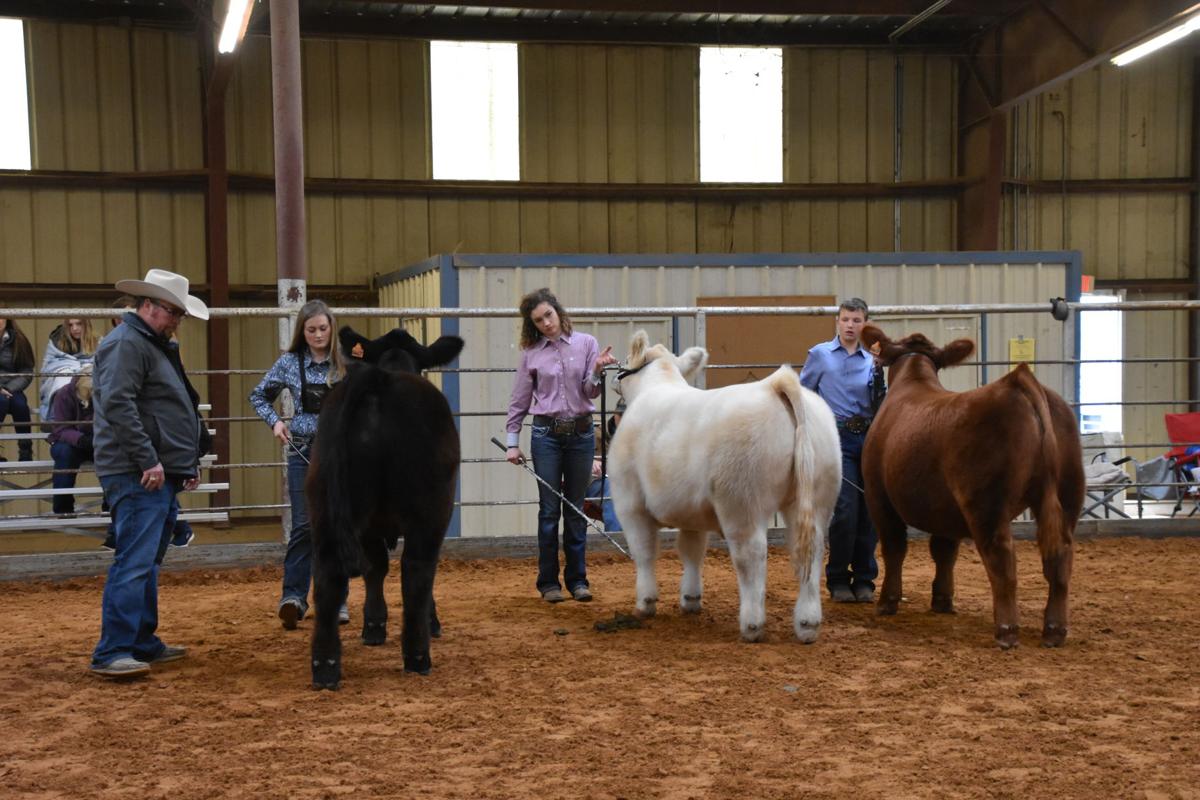