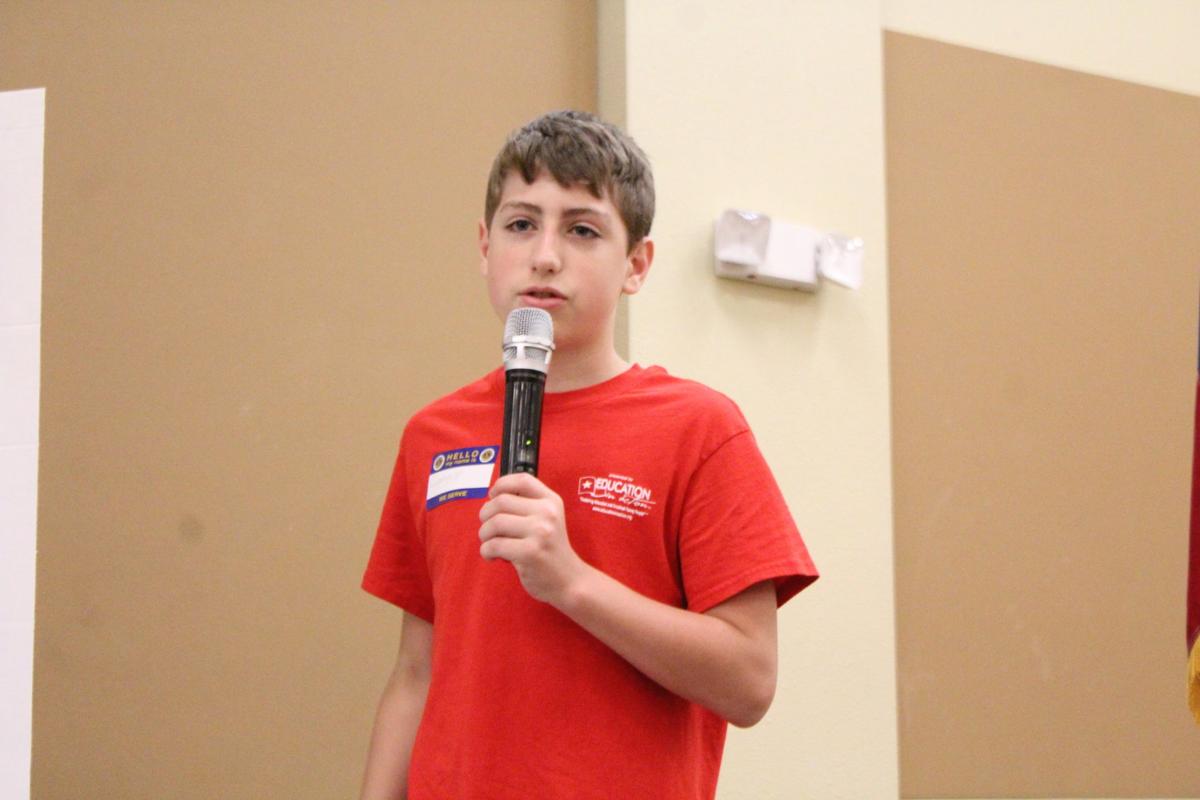 Grandview Junior High School incoming sixth-grader Canyon Pryor discusses his participation in the Lone Star Leadership Academy on Wednesday to the Cleburne Lions Club. He visited museums and other destinations in the Dallas-Fort Worth Metroplex. 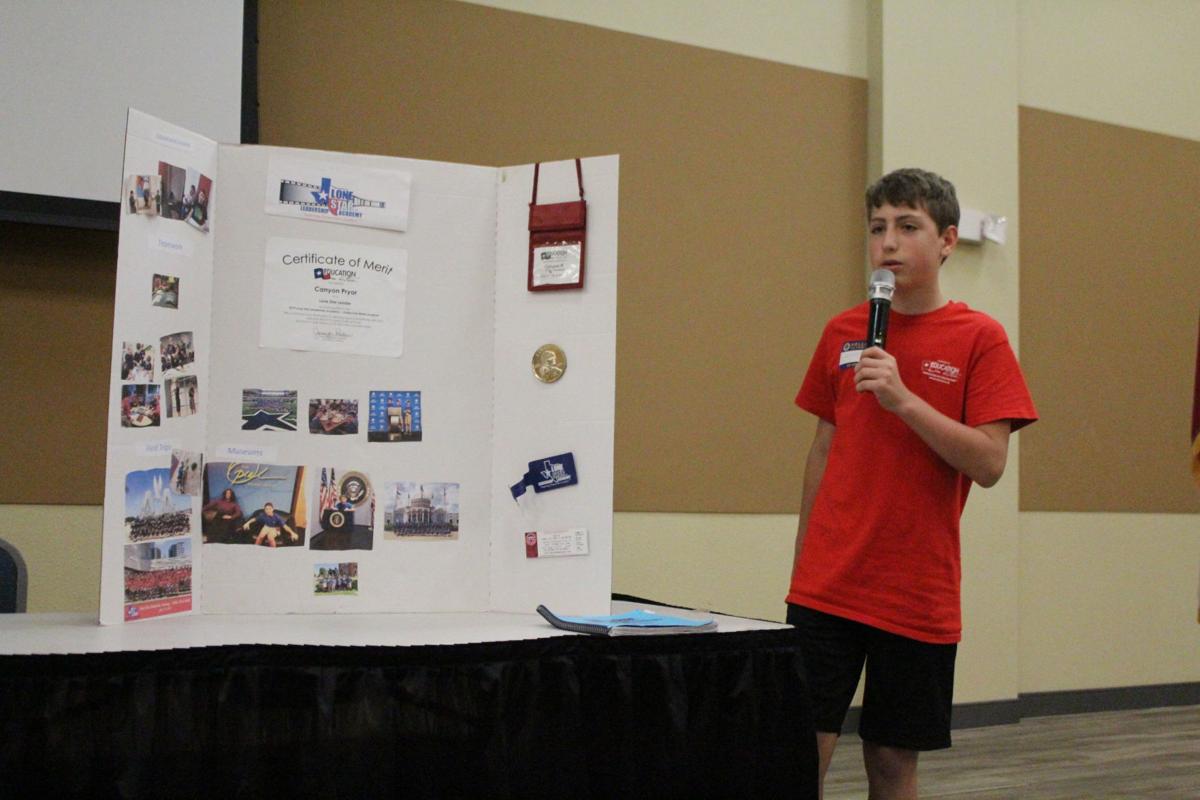 Studying school subjects during the summer is not something most students do, but one local child wanted to increase his leadership skills.

Canyon Pryor, an incoming sixth-grader at Grandview Junior High School, discussed his participation in the Lone Star Leadership Academy in Dallas on Wednesday to the Cleburne Lions Club.

The club, along with the Grandview Lions Club, sponsored him for the week-long camp, which is offered to fourth- through eighth-graders who visit museums and other Texas sites in the Dallas-Fort Worth Metroplex.

They also improve their leadership skills, gain self-confidence and independence and develop new friendships with other high-achieving students from across the state, according to its website.

During the camp, Canyon and 60 other students were taught a couple of life lessons: include everybody, motivate yourself, be creative, communicate and have team work.

They also visited local museums and other Texas sites in the Dallas-Fort Worth Metroplex including AT&T Stadium, Ripley’s Believe it or Not, Fort Worth Stock Yards, National Cowgirl Museum and Hall of Fame and Perot Museum of Nature and Science.

He said his GT teacher nominated him for this camp and thanked the Lions for their generosity.

“I enjoyed learning about all of what they taught me,” he said. “They taught a lot of stuff.”

His favorite school subjects are math and history. He was in the gifted and talented program at Grandview Elementary School, plays basketball and is a member of the school’s ZZ Skippers jump rope team.

“I enjoy jump rope because it’s a sport that not many people do, and I’m pretty good at it,” he said.

He said he and his team competes against other teams every year.

For information about the camp, visit educationinaction.org/lone-star-leadership-academy.