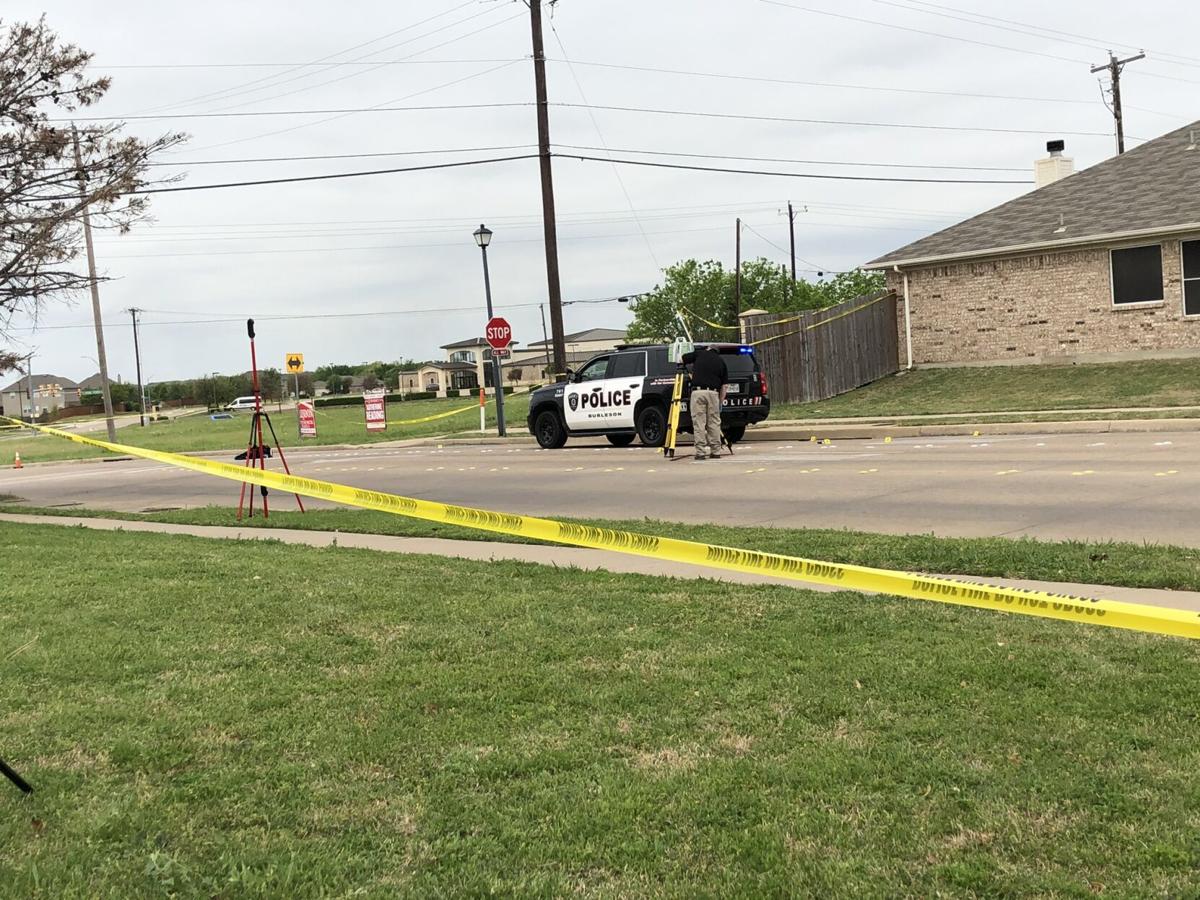 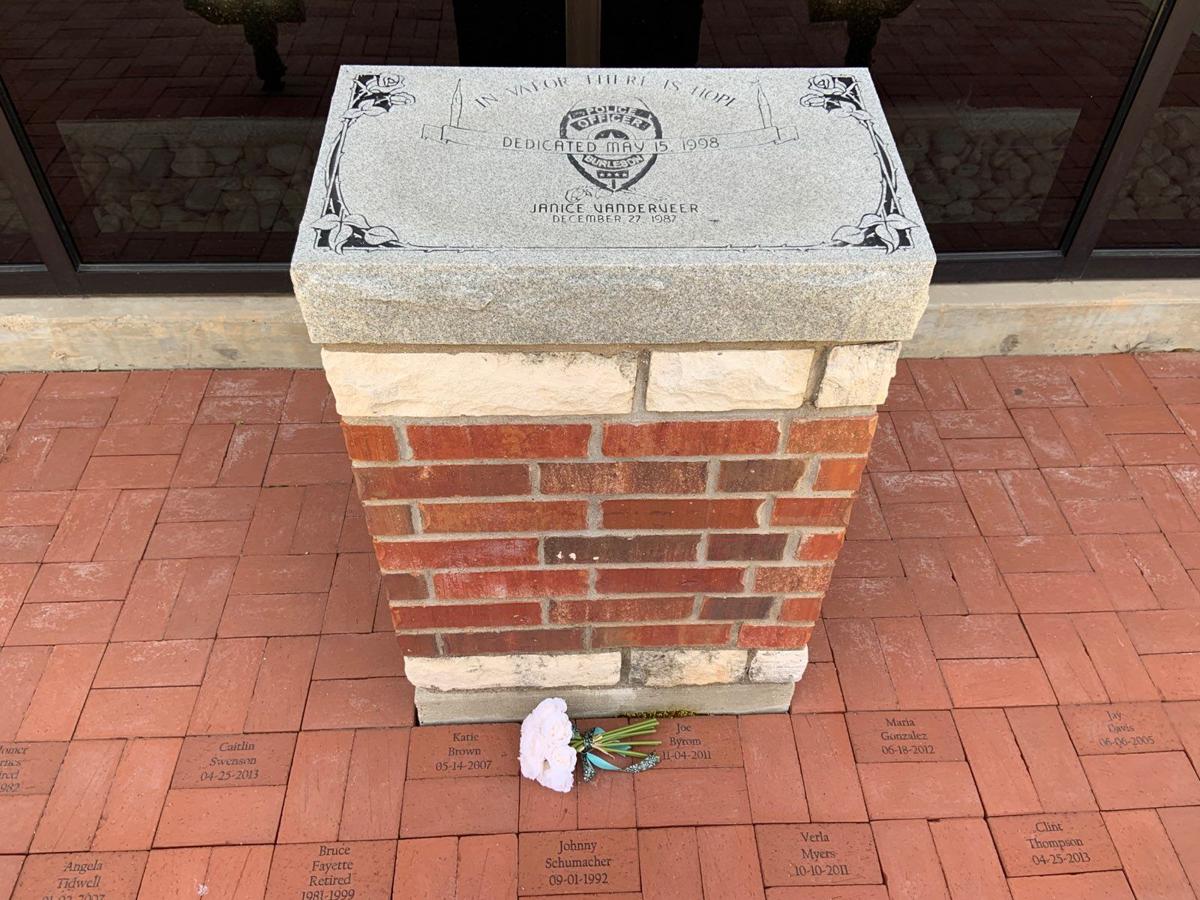 Flowers lay in front of Burleson Police Department after a BPD officer was shot multiple times this morning during a traffic stop. 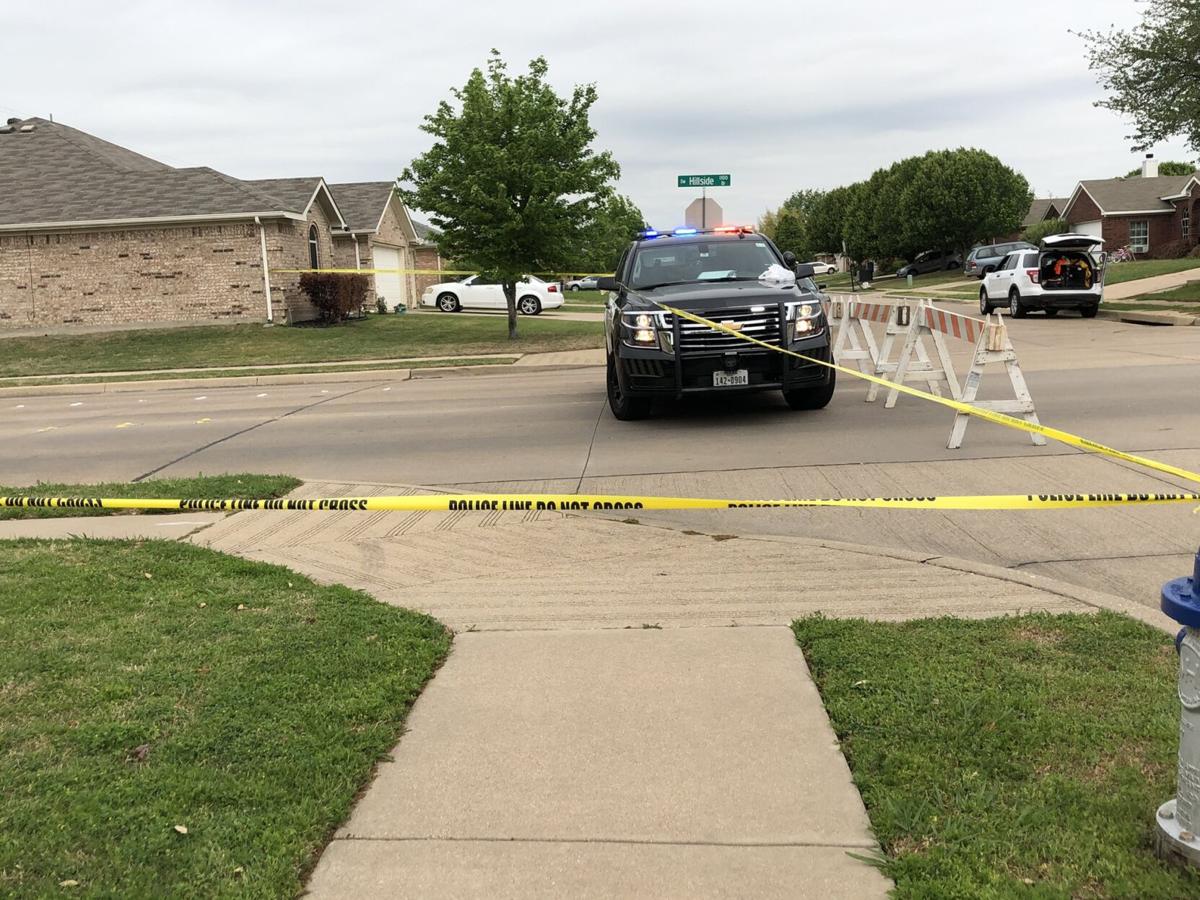 Flowers lay in front of Burleson Police Department after a BPD officer was shot multiple times this morning during a traffic stop.

Tarrant County Sheriff Bill Waybourn was among officers visiting JPS to show support for the wounded officer this morning.

He deferred all questions about the incident to BPD but commented on the officers visiting.

"You're going to see police officers come in and out of here and deputy sheriffs and constables," Waybourn told the Fort Worth Star-Telegram. "They're all going to show up because that's our brother up there and we know he's our brother in arms. We want to make sure he and his family are OK and they're protected and they know that they have the support of the community."

Tarrant County Sheriff Bill Waybourn just made comments to press. “This terrible tragedy — we believe and pray that it’s gonna turn out OK,” he said. pic.twitter.com/5NM1YJ3934

Everyone's concerned about the welfare of the officer, but they're also anxious about the suspects on the ground, Wayborn said.

"Chief Cordell and his team in Burleson are doing an amazing job and they will continue doing an amazing job," he said. "We as a community will certainly get through this but it just reminds us of the day to day danger that our noble people in law enforcement see and that they're out there doing it and they show up every day and they get it done."

The wounded officer, who has not been identified, is listed in stable condition at JPS.

Police Chief Billy Cordell said they are not sure if the suspects fled on foot or were picked up by someone else.

"I would ask the city of Burleson, who supports this police department so much to pray for our officer and the Burleson police family," he said. "We appreciate all of the support we're getting, the outpouring of support we're getting from so many people. I can't tell you how much that means to us and to this officer."

The stop was made for an equipment violation on the vehicle. Investigators are processing the vehicle. They do not believe at this time it was stolen.

"If you've got any information on this crime or know the whereabouts of suspects that were involved in this, please call Burleson communications, 911 or 817-426-9903," he said.

The Texas Rangers have taken the lead on the investigation.

A Burleson police officer was shot multiple times during a traffic stop early Wednesday and police are searching for suspects, authorities said.

At 4:15 a.m. this morning, a Burleson police officer made a traffic stop at the 1100 block of Hillside Drive, Burleson Police Chief Billy Cordell said.

The officer approached the vehicle on the passenger side and multiple shots were fired by one of the three persons inside the vehicle.

At 4:15 a.m. Wednesday, April 14, a Burleson Police officer made a traffic stop in the 1100-block is Hillside Drive. During the traffic stop the officer was shot multiple times. The officer was transported to John Peter Smith hospital in Fort Worth. His condition is unknown.

The officer was struck multiple times and was transferred to John Peter Smith Hospital by another officer. His condition wasn't immediately known. He was "lucid and speaking" when he was being transported to the hospital, Cordell said. He has been with the department for three or four years and works the midnight shift, Cordell said.

The suspects fled and abandoned the vehicle in the 700 block of John Jones Drive.

"The vehicle was damaged by fire and I'm not exactly sure if it was the engine caught on fire or they tried to set it on fire," Cordell said. "We don't know the details of that at this point."

The suspects are described as two white males and one white female.

Praying for the @BurlesonChief @BurlesonPolice Officer who was shot this morning on a traffic stop. My executive team is at the hospital and at Burleson PD HQ offering any and all support to help their team. pic.twitter.com/cvXRDSOL37

"I apologize if I'm missing anyone," Cordell said. "I appreciate every one of them."

Burleson police are using body camera footage to try to identify the suspects as quickly as possible, Cordell said. A Fort Worth police helicopter is assisting in the search.

Cordell told NBC 5 Dallas-Fort Worth that the incident was a shock to the department.

"This is a surprise," he said. "Burleson's a great, great community of people. This is certainly not anything we would expect to see, but it's always a possibility.

"This will be difficult on the family. Our thoughts and prayers are with the family."

Out of an abundance of caution, Nichols Middle School is operating on lockout this morning as law enforcement continues to search.

Out of an abundance of caution, Nichols Middle School is operating on lockout this morning as @BurlesonPolice continues to search for an armed suspect involved in an overnight incident along 731. No one will be allowed in or out of campus doors until the all-clear is given.

"This means that no one will be allowed in or out of campus doors until the all-clear is given by law enforcement," according to a Joshua ISD release. "We will continue to update you once we receive them."

BPD asks that anyone with information about the incident call 911.

Suspects in the officer shooting have not been apprehended. Police are canvassing the area. If you know any information or see anything suspicious please contact 911.More details to follow

Check back for updates.

Copyright 2021 The Associated Press. All rights reserved. This material may not be published, broadcast, rewritten or redistributed without permission.