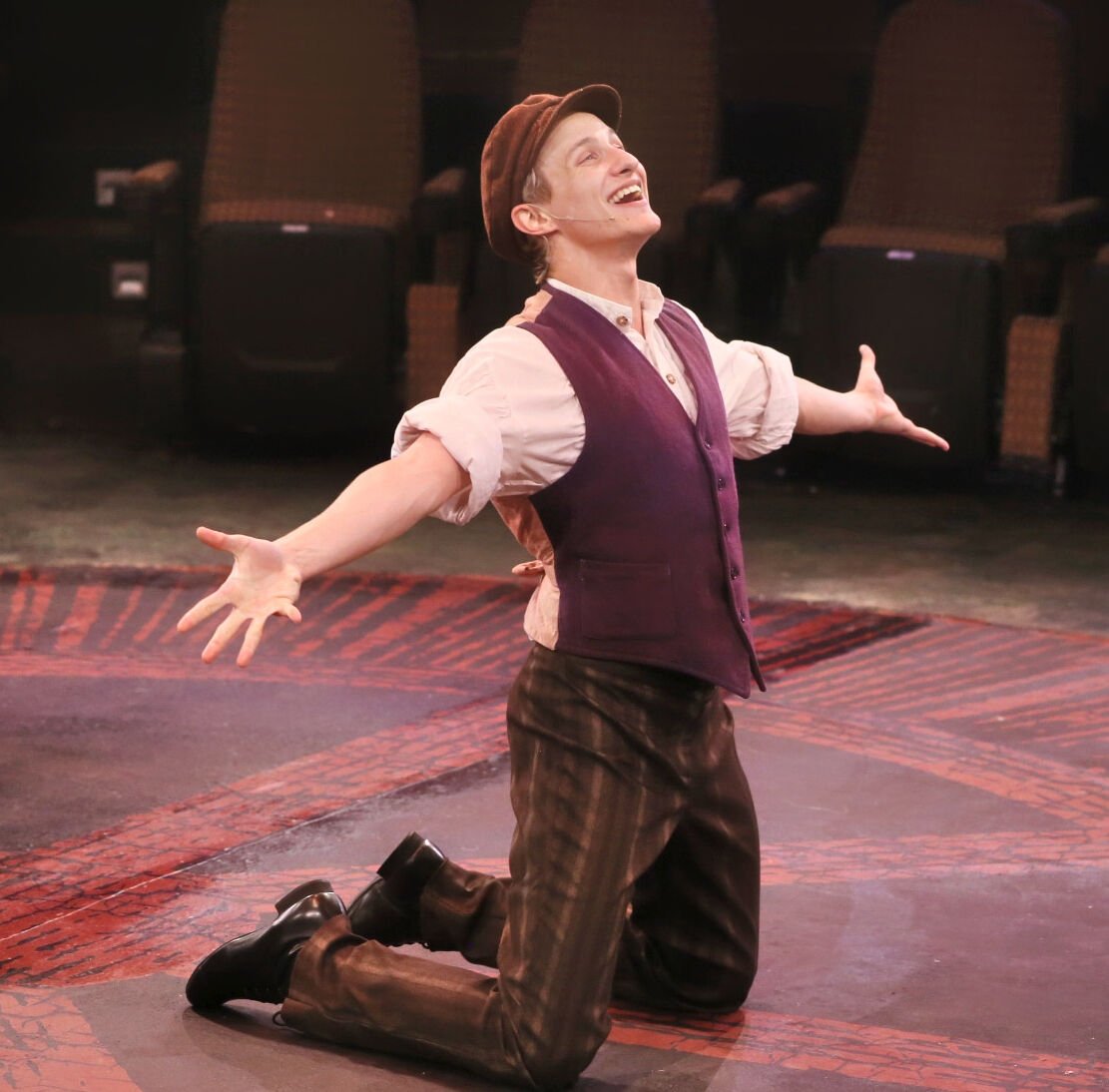 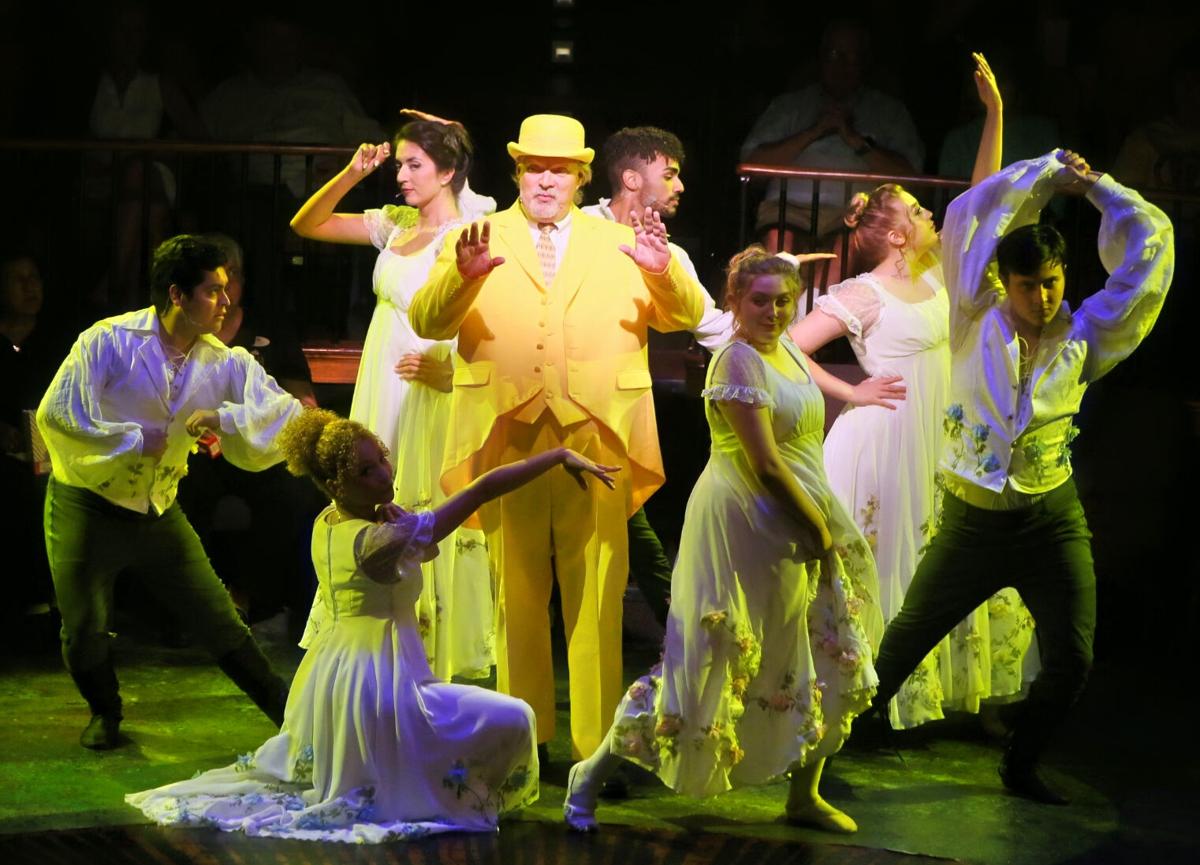 Plaza Theatre Co., after more than a year, once again teems with actors and audience.

“Boy did we miss you guys,” Plaza Operations Director Aaron Siler said to kick off Friday’s performance. “So glad to see all your faces here tonight. Live theater is back!”

It gives me great pleasure to report that Plaza’s comeback engagement, “Tuck Everlasting,” delivers top-shelf, must-see boffo entertainment all of which is pretty swell to boot.

Inspired by the 2015 Broadway musical of the same name — itself based on the 1975 children’s novel, which later spawned two feature films — “Tuck” ponders the ramifications of immortality, a literary device as ancient as “The Epic of Gilgamesh” and “Gulliver’s Travels” and as recent as the “Angel” TV show.

In “Tuck,” Winnie Foster, played by Ruth Power, receives the tempting offer of life forever and must decide whether she will, or should, go for it. Turns out living forever, as attested by the Tuck family, may not be all it’s cracked up to be.

Deep stuff but fortunately “Tuck” while always thought provoking, never, or rarely, gets too heavy allowing for plenty of laughs, tender moments and thrilling song and dance workouts between the big question contemplations. But credit also the play for delivering on all of the above in roughly equal measure.

Music — calling to mind hobbits in the Shire, or the first five minutes of a Yes album — ushers in the play’s August 1893 day in rural Treegap, home of Foster and her Nana (Kathy Lemons) and overprotective mother, Betsy Foster (Tina Barrus).

Winnie longs for freedom and fun while her mother, still grieving the death of her husband, strives to protect her daughter from the outside world not to mention the potential dangers of a traveling fair in town.

“Good Girl Winnie Foster,” Winnie sings while deciding whether to escape the constraints of her front yard.

Later, in the nearby woods she’s forbidden to enter, Winnie encounters Jesse Tuck (David Midkiff), youngest son of the Tuck family. Kidnapping, puppy love and other adventures, most of which are relayed via song and dance, ensue as Winnie learns the secret of the Tuck’s immortality.

In addition to the living forever observations, the story features the owner of the traveling fair — referred to only as the Man in the Yellow Suit (Luke Hunt) — who harbors schemes most nefarious, and dynamic duo Constable Joe (Kevin Poole) and Hugo (Gavin Clark) tasked with the case of the disappearing Winnie.

Tossed in for good measure are lessons gleaned from the value of life well lived recalling, somewhat, the title hero of Akira Kurosawa’s “Ikiru.”

Will Winnie take Jessie Tuck up on his offer of no expiration date so that she and he can wed and live forever together?

Well, you’ll just have to head over to Plaza’s box office and buy a ticket to find that out.

I will say that you won’t be sorry if you do. “Tuck” quite simply is one of Plaza’s best ever presentations, quite something for a theater company known for consistent quality.

The sets — water tower, attic room and tree in particular — place the audience right into the action and require frequent instances of climbing about on the part of the actors. Fortunately, all involved appear to be in pretty good shape.

The previously mentioned “Good Girl Winnie Foster” proves a show stopper as do the vocals and choreography in “Top of the World” and “Partner in Crime.” Actually, the same can be said about pretty much all the play’s musical numbers.

Power, though she’s appeared in previous Plaza productions, is a true find and a cut above. Someone who, should she choose to pursue as much, possesses the talent to go far in the acting world. Clark lends a pitch-perfect balance of naivete, bumbling humor and earnestness to the role of Hugo. Lemons, though her on stage time is brief, delivers several of the play’s most memorable ripostes.

“Tuck’s” conclusion both breaks and reassures the heart.

“Tuck Everlasting” runs through July 3 at Plaza Theatre Co. at Dudley Hall, 305 S. Anglin St. Tickets are $25 for adults, $23 for seniors and students and $15 for children 12 and younger.