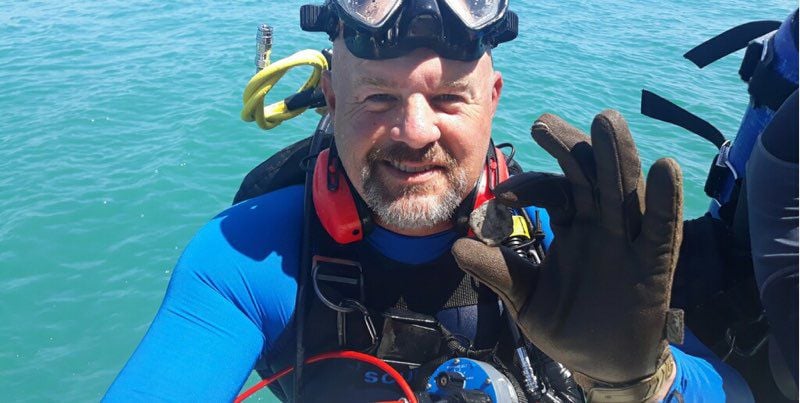 Burleson treasure and salvage diver Jeff Burns displays a silver coin, one of several tons of gold and silver coins and other treasure lost when the Spanish ship Nuestra Senora de la Regla sunk in 1715. Burns last year retrieved two cars from Benbrook Lake believed to have possibly been tied to the 1974 disappearance of three girls from Fort Worth’s Seminary South Shopping Center. A September attempt at a third car proved too dangerous to complete. 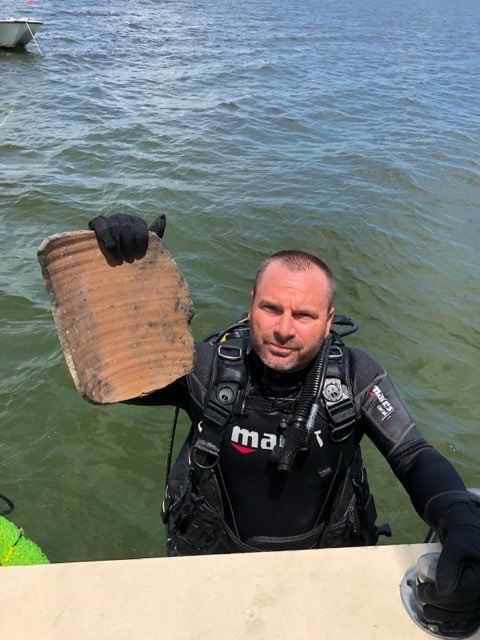 As the 45th anniversary of their disappearance approaches, Arnold remains unwavering in his search for answers even in light of recent possible clues that ended in disappointment.

Trlica was 17 at the time, Wilson, 14, and Moseley, 9, when the girls on the morning of Dec. 23, 1974, set out for Seminary South Shopping Center to go Christmas shopping.

Several shoppers later reported seeing the girls that day at the mall, which is now named La Gran Plaza. Trlica’s brown Oldsmobile was found later in the mall’s parking lot, but the girls were nowhere to be found. In the years since they were never seen nor heard from again.

Fort Worth police, family members said, initially assumed the girls had run away and failed to take the case seriously. Theories, leads and subsequent investigations abounded in the decades since all to no avail. The Fort Worth Star-Telegram and other media regularly revisited the case and interviewed surviving family members, many of whom have since passed away.

Although Burleson salvage diver Jeff Burns, 46, grew up in the area he was previously unaware of the girls’ disappearance until last year. An off-the-cuff conversation changed that.

“Me and my girlfriend ate at Fresco’s in Burleson then walked around to Market Emporium where this lady I’ve known for years works,” Burns said. “Another lady was talking to her about the Seminary South case and saying something about there might be three cars in Benbrook Lake. It hit me in the back of the head that I needed to speak up, so I talked to the lady about the case and told her I think I can help this guy. She gave me the information and I private messaged him on Facebook.”

Arnold was the man Burns messaged.

“I was just, wow, when I saw his message,” Arnold said. “I said yeah right away. I’d been trying to get those cars out of the lake for five years.”

Arnold said he was working off a hunch when asked how he came to suspect the cars in question might be in the lake.

The car of a person of interest went unaccounted for around the same time the girls disappeared and Benbrook is the closest reservoir to Seminary South, he said.

Past that, Arnold declines to elaborate or share his theories on what happened to his sister and her friends.

“I have to be careful what I say at this point with the case still ongoing,” Arnold said in 2018.

The hope was that he would find the girl’s bodies in one of the cars. Hopes which didn’t pan out.

Arnold, working with Texas EquuSearch, managed to locate the cars in 2014. Oddly enough, a search at the time revealed that they were the only vehicles dumped in the lake.

Burns, joined by his partner David Wardlaw, diver Wayne Spears and other divers managed to retrieve two of the cars in September and October 2018. The first was a 1960 Chevrolet Corvair. Crowds ringed the lake to watch the operation and several asked the divers for autographs after, Burns and Spears joked.

The second car was a 1976 Lincoln Mark IV, too old to have been connected to the girl’s disappearance.

The Lincoln may be connected to another unconnected crime that has nothing to do with the missing girls, Burns said.

Either way, no bodies were discovered in the first two cars.

The divers returned in September to try to recover the third car, a 1963 Impala.

They carried that operation out on the quiet at the wishes of family members in order to avoid crowds and media.

“We had one reporter with a camera but, other than that, nobody,” Burns said. “We didn’t want it to be another circus.”

“We tried but couldn’t get it,” Burns said. “Eventually we had to get the [inflatable bags] and straps off because well, the only way to describe it is that it was coming apart with pieces breaking off. If we would’ve messed with it much more it was probably going to implode and somebody probably would’ve gotten killed.”

Arnold, who was present, was “pretty tore up about it,” Burns said, but equally glad he and the other divers came away safe.

“Disappointed yes,” Arnold said. “But the more important thing is that the divers weren’t hurt even though Jeff got hit by a part and cut when the car began to come apart. But I’m good and haven’t stopped looking for answers, still going full bore.”

Arnold and Burns declined to go into detail but said they’ve come to learn that the Impala contained no bodies and has no connection to the girl’s case.

For now, Arnold said he’s looking at another lake, and not looking for cars this time.

“Because of the process of what we’re doing and other things going on right now I just can’t really get into details just yet of what we’re looking for,” Arnold said. “I’m hoping that we’ll have some answers soon.”

Contrary to assertions by some, Burns’ services came at no cost to Arnold.

All three missions were extremely dangerous, Burns said. People don’t dive in Benbrook for fun and black water diving as it’s called is risky and difficult.

“Imagine laying down in a coffin, closing the lid and closing your eyes,” Burns said. “It’s claustrophobic and you’re operating by Braille in everything you do.”

Spears agreed, saying that despite plenty of experience in black water diving he’s grown comfortable with it to some degree, but never used to it.

“Because things can change in a heartbeat and it’s basically an experiment every time,” Spears said in 2018. “Basically you feel around more than you maneuver cause you can’t see anything even with your lights on and we have to hold hands so we don’t lose each other. Pretty much we’re just a bunch of groping ninnies down there.”

When not diving, Burns operates Jeff Burns RV Repairs. He and others between May and September spent time treasure diving off the coast of Florida in search of items lost in 1715 when the Nuestra Senora de la Regla fell victim to a hurricane and sank claiming the lives of all 200 aboard and depositing some 120 tons of gold and silver coins and other treasure on the ocean floor.

The ship was one of nine other Spanish ships, along with one French ship, that were overloaded with treasure when they encountered the hurricane. About 1,000 lives were lost in the wrecks.

While not as dangerous as black water diving, the operation was not without peril, Burns said.

“Plenty of sharks,” Burns said. “We had a few scares. Pretty much everything you’d think wants to kill you was swimming around while we were diving. On land, there were mosquitoes big as chairs and something they call no see ’em bugs that eat you up. We had to use some kind of concoction to keep them off us.”

He wouldn’t trade the experience for the world, Burns said.

“Overall the best dives we’ve had and my first treasure dive,” Burns said. “ The ship is long gone, broken apart and gone and the treasure is scattered over six or seven miles. But it was beautiful there, like Disneyland underwater and, for me, a dream come true. The feeling of holding a 304-year-old coin that no one’s seen since then is just an indescribable experience.

“When I found the first coin and got to the dock the others were waiting and patting me on the back saying, ‘Now you’re a real treasure hunter.’ Hard to describe that feeling.”

Burns said he hopes next to hunt for treasure from ships lost in the 1500s.

Arnold said he and his family members still visited Seminary South occasionally after his sister disappeared.

“Yeah, but it always felt weird after that,” Arnold said.

Surviving family members in 2014, in a private ceremony, released balloons at La Gran Plaza to mark the 40th anniversary of the disappearance.

When asked in 2018 what it would mean to finally learn what happened to his sister and the other two girls, Arnold said closure is the word he’s looking for.

“A chance to finally put them to rest,” Arnold said. “To finally give them a proper burial. To finally know what happened and, if possible, to get an indictment.”