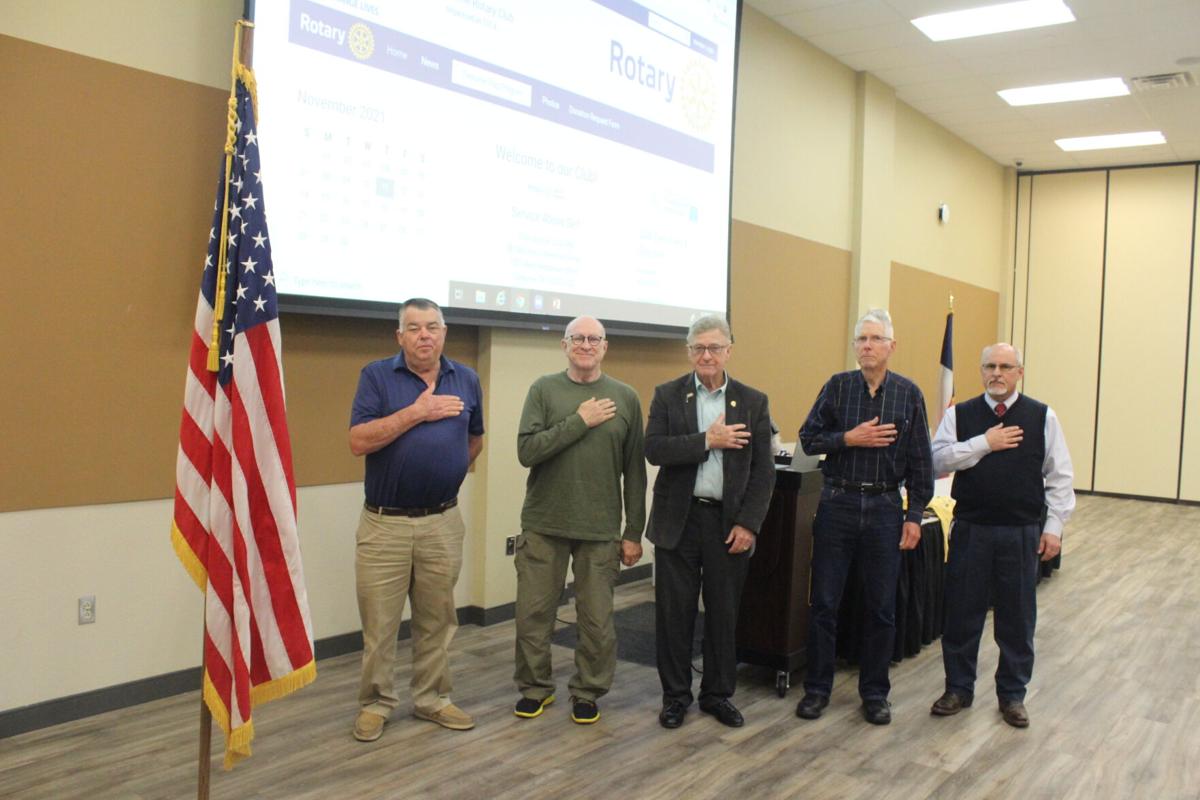 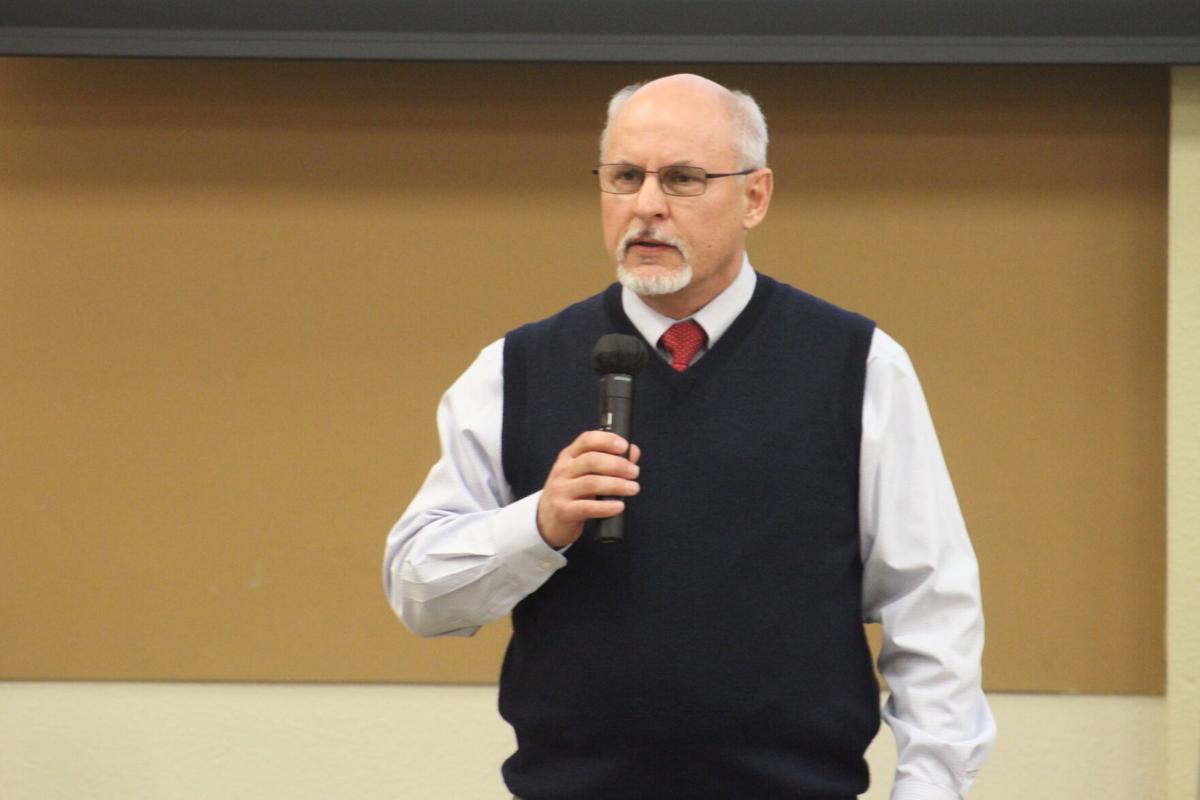 Veteran Pete Kampfer, who served in the FBI and as general manager of the Johnson County Special Utilities District during his post service years, discusses the language and culture of the military.

Veteran Pete Kampfer, who served in the FBI and as general manager of the Johnson County Special Utilities District during his post service years, discusses the language and culture of the military.

With Thursday’s weekly meeting of the Cleburne Rotary Club falling on Veterans Day, Rotarians took the opportunity to pay tribute to their members who served in the armed forces.

Cleburne Rotary President Mollie Mims presented each with a special veteran Rotary pin after the Pledge noting that White, a new member, received his veteran pin before his regular Rotary Club pin.

White, a doctor, served in the medical corp. of the U.S. Army.

Cash also served in the Army in the 95th Division and trained new recruits at Fort Polk, Louisiana.

Dill served with the U.S. Coast Guard as a dental officer in the training center from 1971-74 and remained a reservist until 1990.

Sid Pruett, who was unable to attend Thursday’s meeting, served in the U.S. Army during the Korean War. He was the assistant for the base football team in Germany. The team lost one game, the European championship, and also played in the All-Star game in Paris.

Kampfer served as an aviator in the U.S. Marine Corps.

Kampfer, who served in the FBI and as general manager of the Johnson County Special Utilities District during his post service years, discussed the language and culture of the military.

“For those not in the military the U.S. flag is important,” Kampfer said. “But for those of us who served it is really unique and the focus of the time we spent in the military.

Kampfer said he attended Officer Candidate School while still in college earning his geology degree and became a 2nd Lieutenant.

“The Marine Corps is a branch of the Navy,” Kampfer said. “We have members of the Army and Air Force here today but not Navy, so I can speak bad about the Navy. If you ever see somebody in the Navy just say, ‘Hey squid.’ That’s a term of affection. But no, there is camaraderie among the ranks.”

Kampfer didn’t spare himself from the jokes, holding up his military pants and shirt while noting that, no, they no longer fit. Kampfer as well noted his paucity of hair compared to a picture of his 24-year-old self in 1981.

Kampfer also discussed the origins of Veterans Day, which was formerly known as Armistice Day.

President Dwight Eisenhower, in 1954, signed a bill proclaiming Nov. 11 as Veterans Day and called upon all Americans to rededicate themselves to the cause of peace. Eisenhower also signed an order directing the head of the Department of Veterans Affairs to form a Veterans Day National Committee to organize and oversee the national observance of Veterans Day.

“The Veterans Day National Ceremony is held each year on Nov. 11 at Arlington National Cemetery,” Kampfer said. “At 11 a.m., a color guard made up of members from each of the military services renders honors to America’s war dead during a tradition-rich ceremony at the Tomb of the Unknowns.”

Kampfer went on to discuss the differences between the various branches of service as well as the military’s “rich and distinct culture” of “unique values, symbols and shared history.”