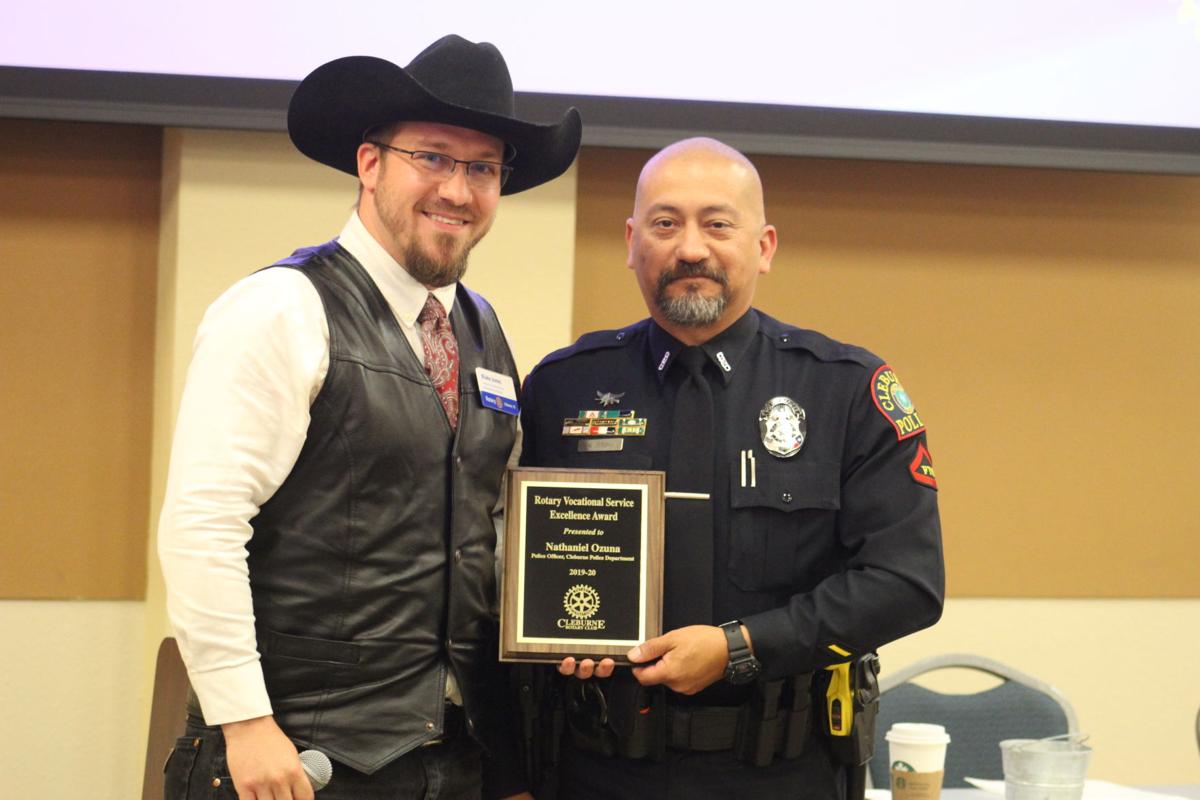 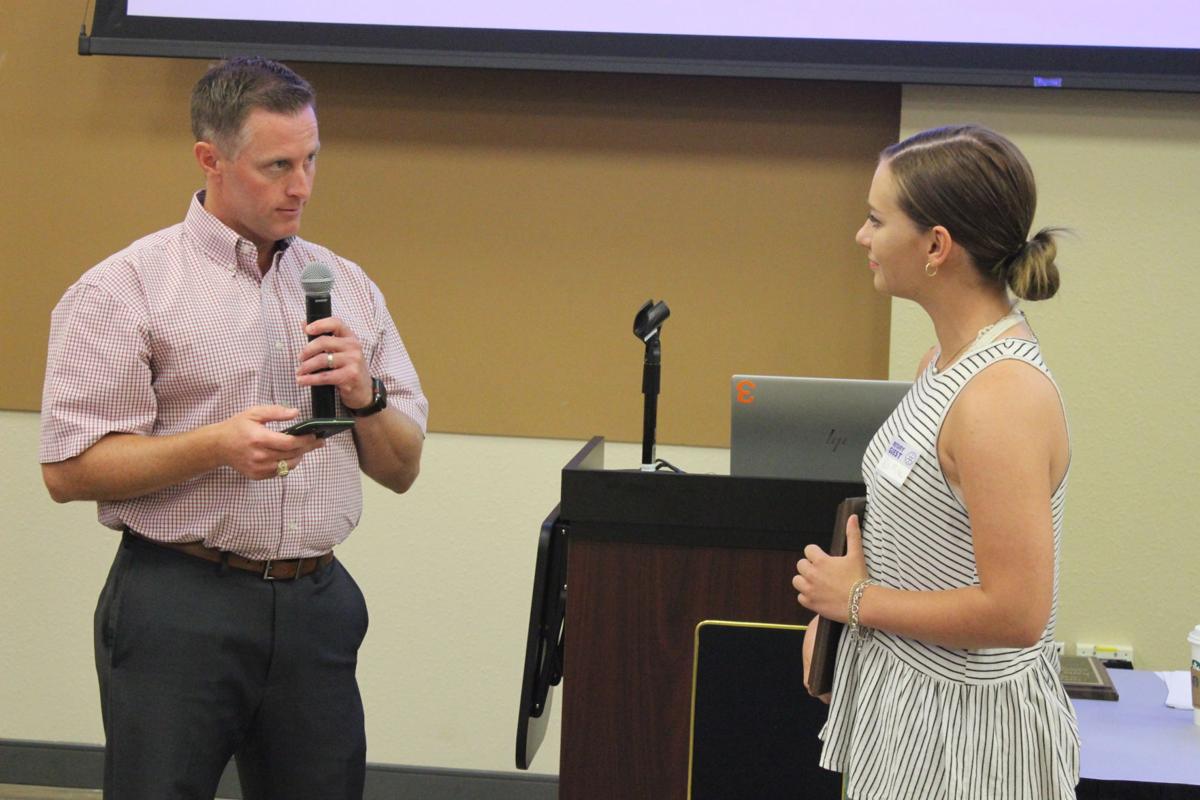 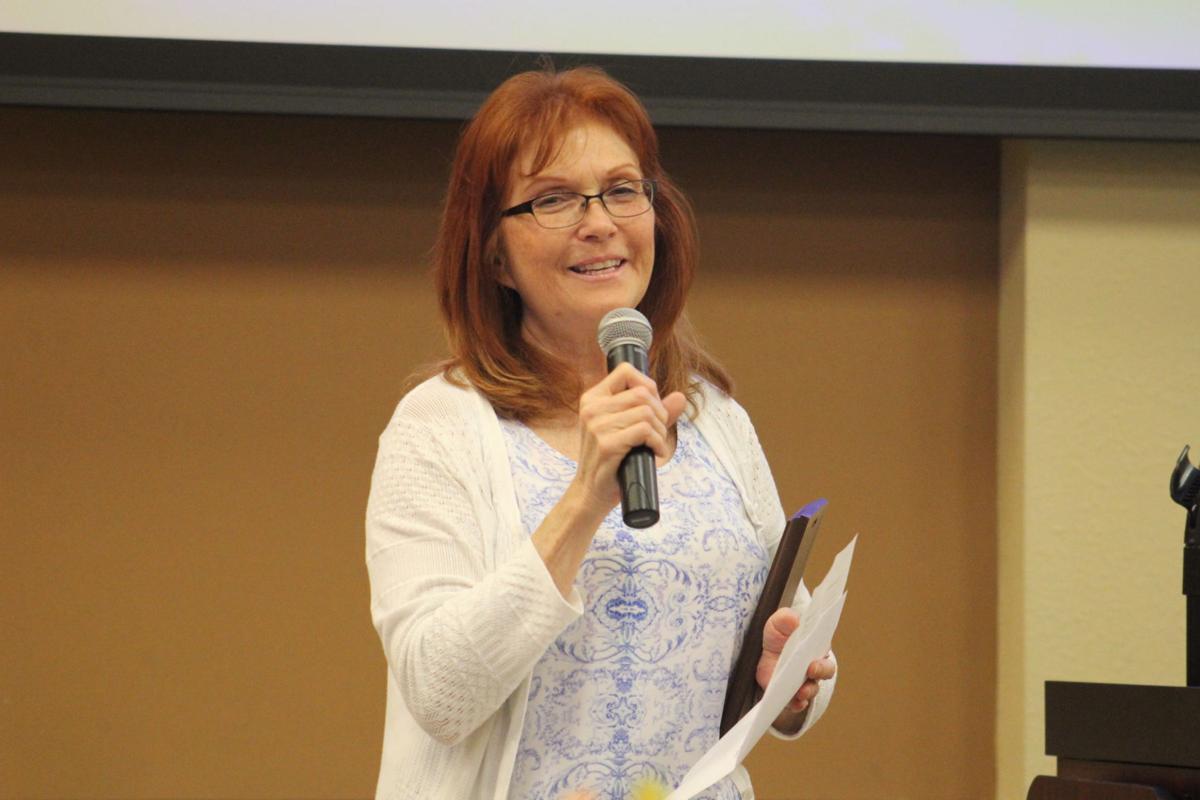 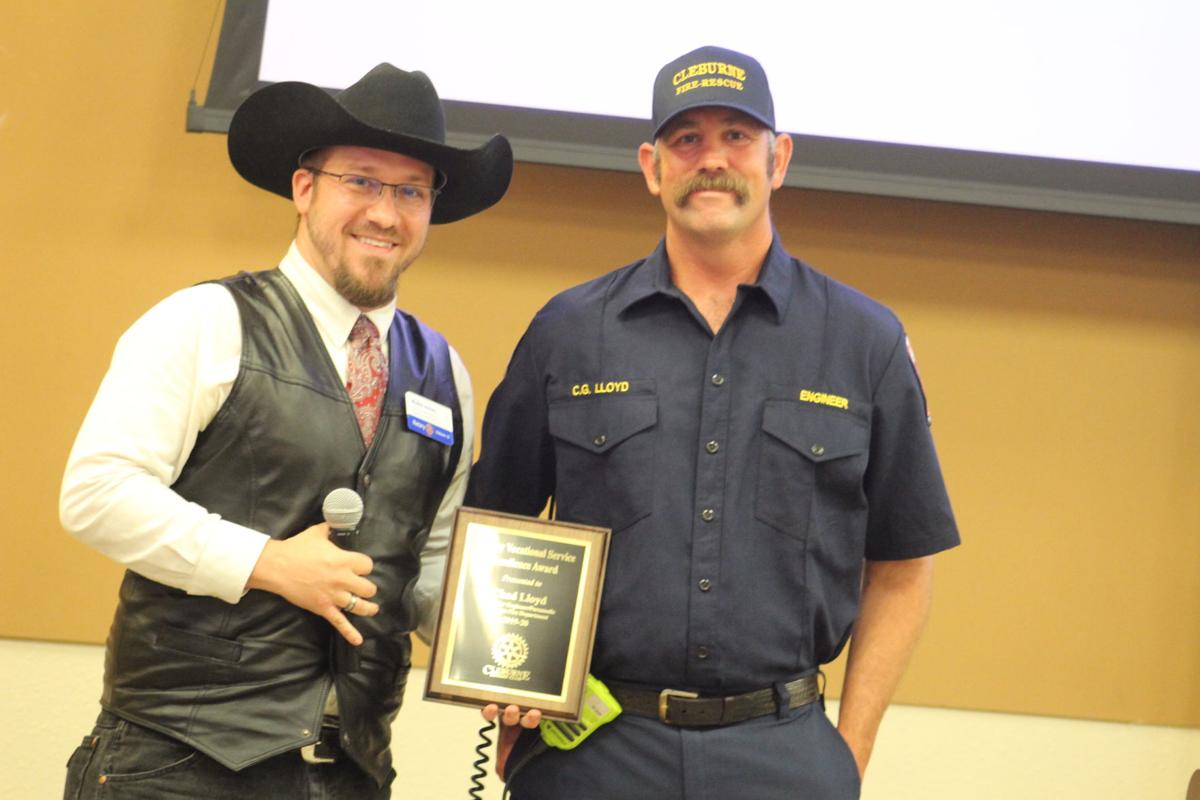 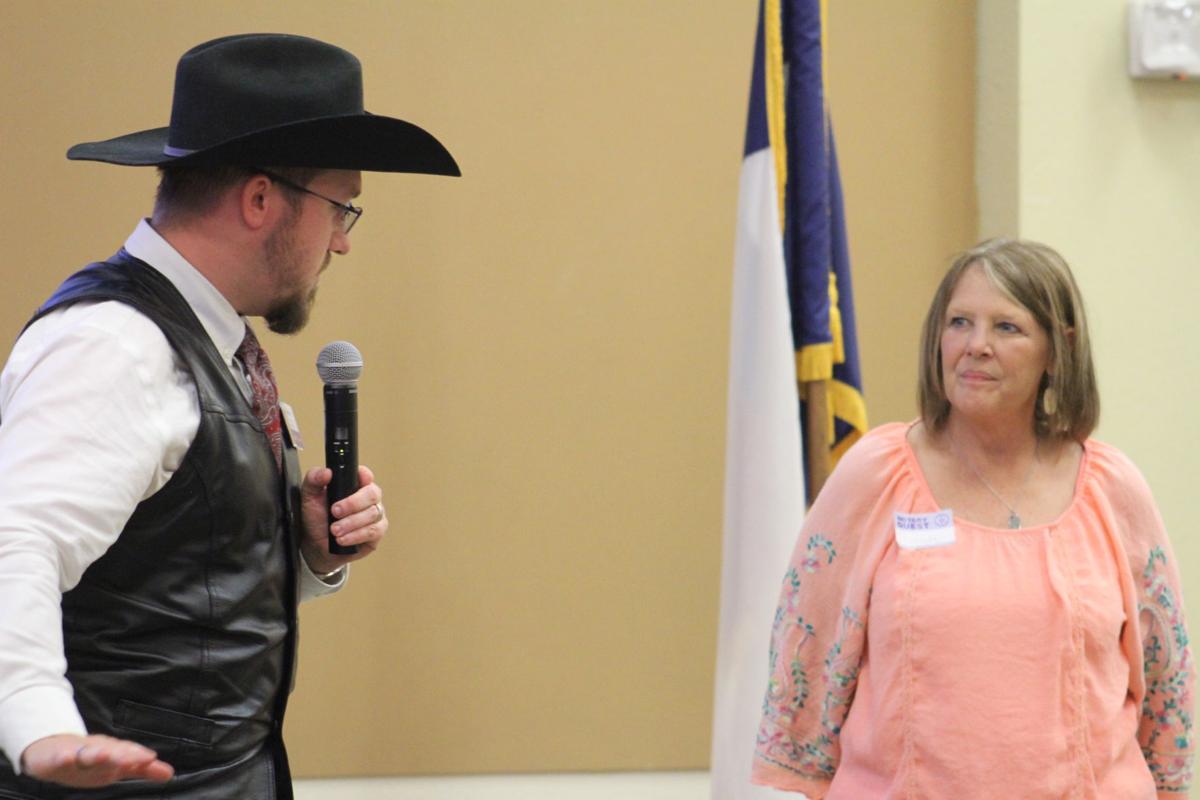 The Cleburne Rotary Club toasted five notable go getters from the classroom to the front lines during their Thursday luncheon.

Rotarians celebrated the now with an eye toward the future as they awarded three Vocational Service Awards and two scholarships.

Davis pioneered the schools’ robotics courses and led its first team to first in Lego League competition and third out of 88 participating schools in the programming competition. Davis also procured $20,000 in grants for the school and served as Wheat cheer sponsor and student council sponsor. As a member of CISD’s Middle School Drone Program, Davis is part of the development team working with Atlanta-based Drones4Good.

Cleburne Rotary President Blake Jones recalled the thrill of judging one of the school’s recent robotics and Lego competition events.

“I got an email about three plus COVID months ago to serve as a judge,” Jones said. “I thought it was one of the coolest things in the world. There were these kids there. I don’t know how old they were. They were this tall. They would come in and explain the project idea they had and we had to judge.

“Some of them were interesting. They went from a robotic dog that would eat garbage to kids talking about blank spots in the school’s security camera system and all the research and cost analysis they did on that. I felt really dumb. I don’t know robotics, but I had a lot of fun being there.”

Davis encouraged all to attend future events and praised her students who plow months of research and planning into their projects.

“I feel so blessed,” Davis said. “God has brought me to an area that I never would have thought I would be in. The kids make me look good.”

“She was the top candidate when this position opened up,” Grijalva said. “Gwenda is amazing. If we could clone her and make 1,000 we’d be the perfect district.”

Up next was Cleburne firefighter Chad Lloyd who Taylor commended for exhibiting the values of honesty, integrity and selflessness.

“He’s had multiple displays of heroism,” Taylor said. “For example, he sacrificed his own safety in a water rescue by volunteering himself to go out in flood waters. He made this decision to protect his brothers and save the lives of those in need.”

A man of few words, Lloyd thanked the Cleburne Rotary Club and his fellow firefighters.

Fellow Cleburne firefighter Willie Rodriguez added that the decision of who to nominate for the award, on the Cleburne Fire Department’s part, took a couple of seconds tops.

“[Lloyd] embodies everything we want to see in a Cleburne firefighter,” Rodriguez said. “He’s selfless, skilled and knowledgeable. We have to get the job done whatever the situation is. Chad’s one of those guys, he’s going to go get the job done.

“On a personal note, Chad’s one of those guys who, if you need something, he’s going to be there for you. If we polled our guys, that’s around 60 guys or so, and were creating one crew, I think the majority of our guys would put Chad on that crew. That’s the type of guy he is.”

“Officer Ozuna is a constant professional and is sought out from his peers for assistance and information,” Taylor said. “Officer Ozuna’s work ethic is above reproach and he quickly earned the respect and confidence of his fellow officers and the community he serves.”

“When the new rookies come in they spend months in training,” Huskey said. “We depend on officers to step up into the field training officer roles. I promise you the streets of Cleburne are safer because officer Ozuna is here. As much as it’s hard times for officers right now, we need officers like Ozuna and he’s one of the best.”

“I want to thank everyone who helped me through the many years of school,” Mullen said. “I’ve lived here my whole life and honestly, I couldn’t ask for a better experience. I’ve been in a school system that has given me so many tools to pursue the life I want to pursue, and that is to help people.

Mullen said that she sang Christmas songs during a Cleburne Rotary event about 10 years ago. She concluded by thanking God, the Cleburne Rotary Club, the Marti Foundation and “my parents in heaven.”

“Thank you Cleburne for making me into the woman I am today,” Mullen said.

A downturn led to a new direction, Hambright said.

“I became a caregiver in 2008 after the economy went down,” Hambright said. “I was happy in my previous profession and had never considered a career in the medical field. But now, nothing is more important than taking care of the elderly.”

Hambright plans study nursing at Hill College, a decision she said she struggled with at times.

“One of my greatest fears, going back to school later in life, was paying back the student debt I will incur,”

Thanks to the scholarship, Hambright said she can now move forward with her dream, adding that she hopes to work in hospice after she completes her degree.

“Thank you so much for choosing nursing and for your attitude and thoughts about others,” Smith said. “It means so much. God bless you. We love you  and we know you’ll be a wonderful nurse.”