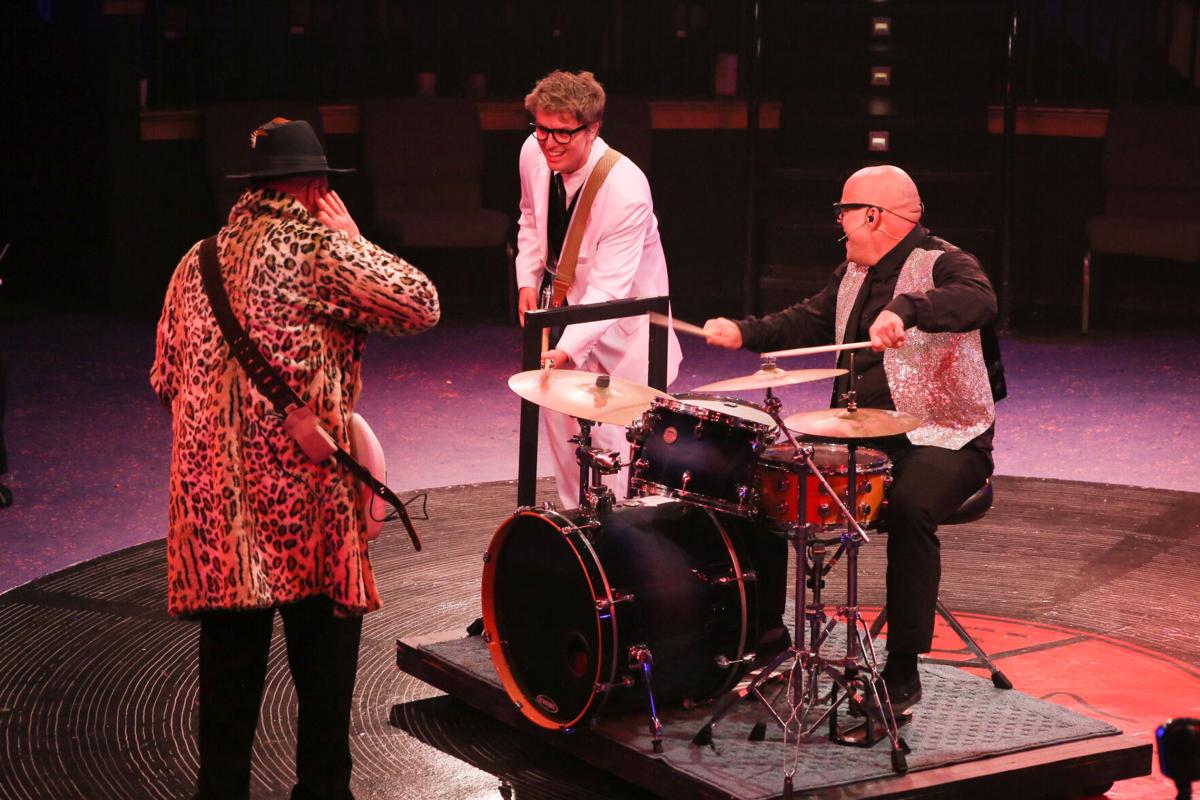 The spirit of Buddy Holly and rock ‘n’ roll live on in Plaza Theatre Co.’s production of “The Buddy Holly Story,” which runs through Jan. 22. Visit plaza-theatre.com for information. 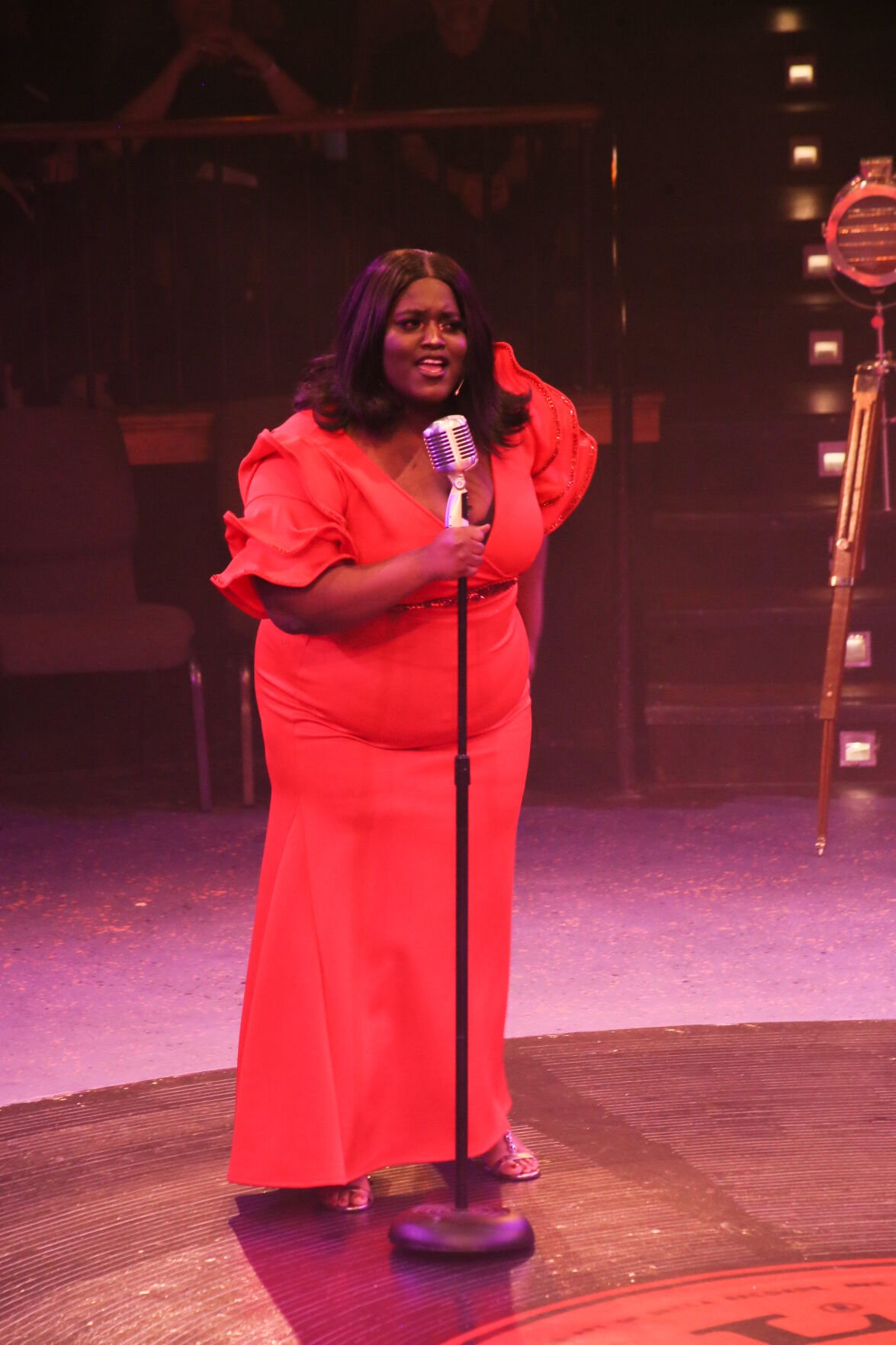 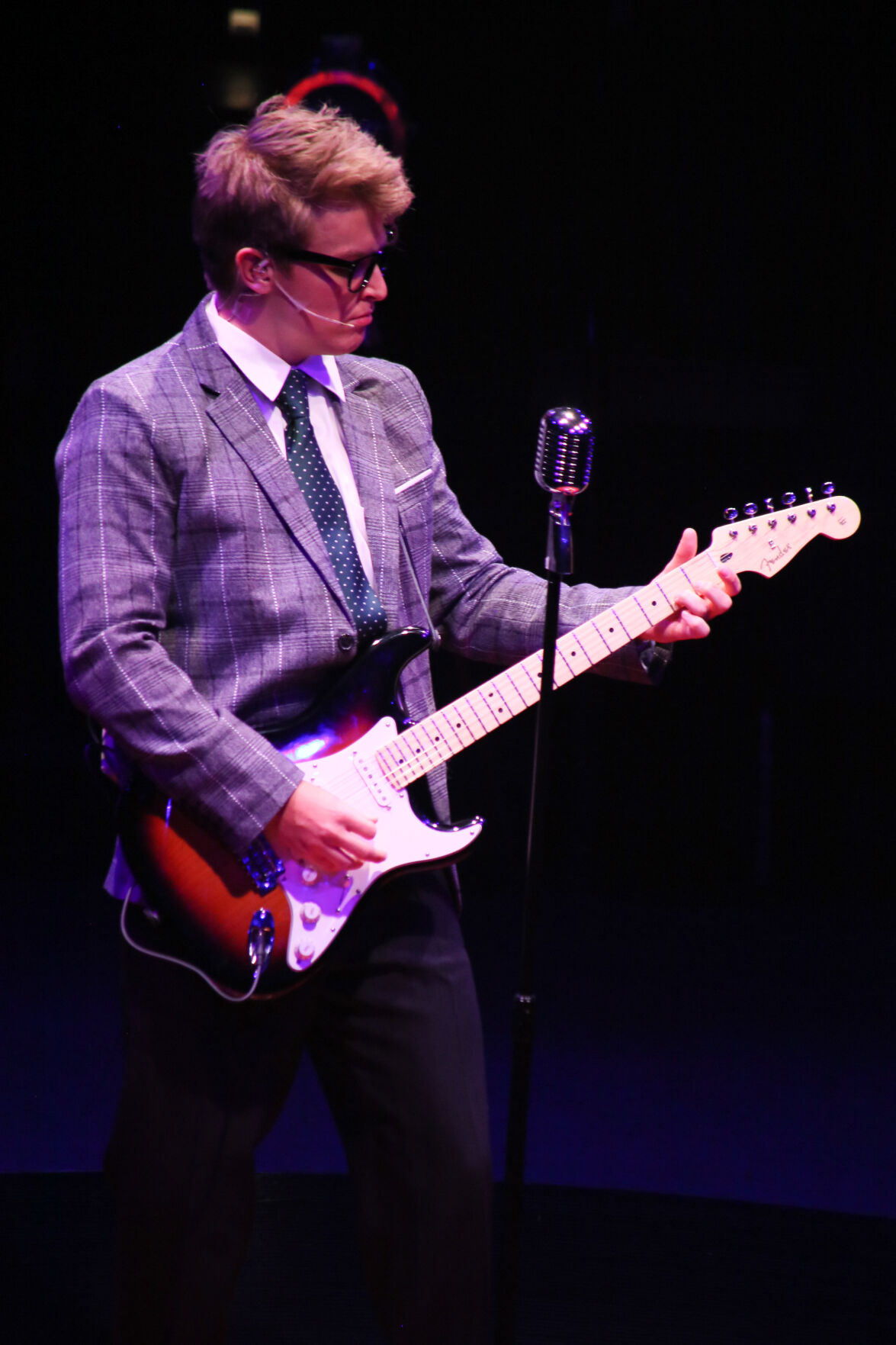 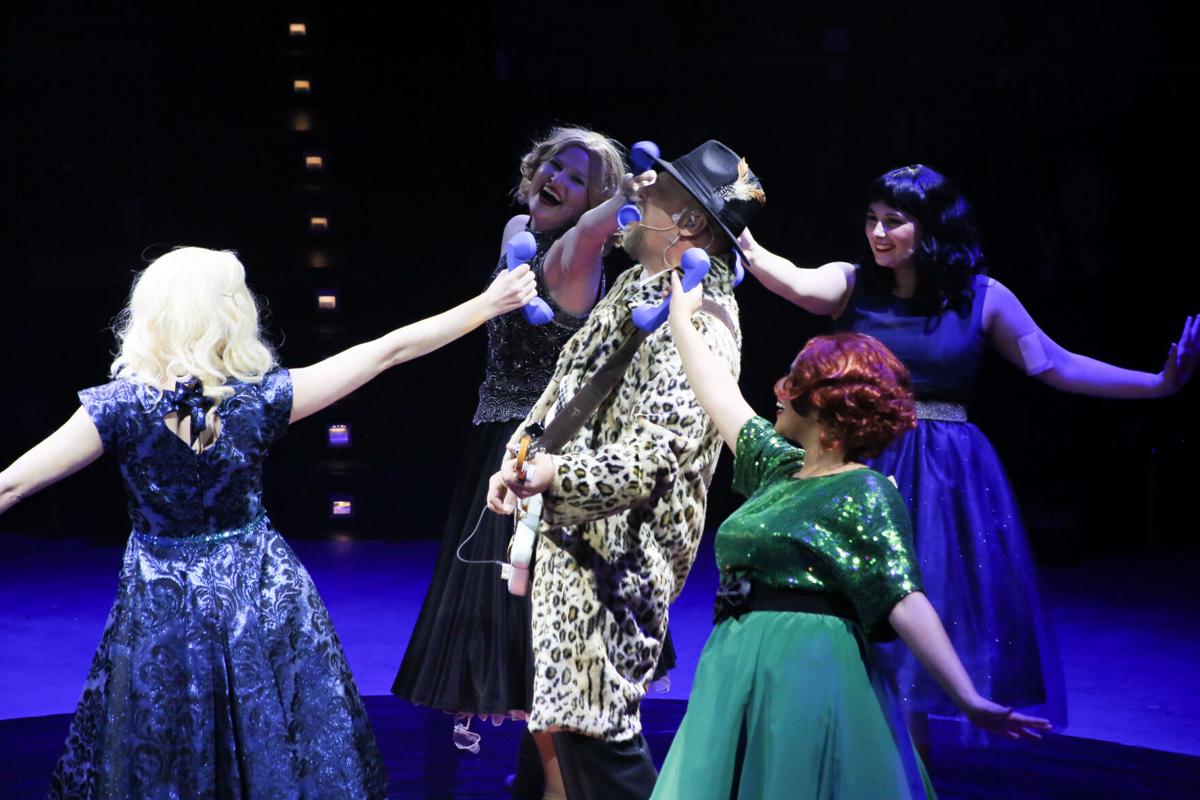 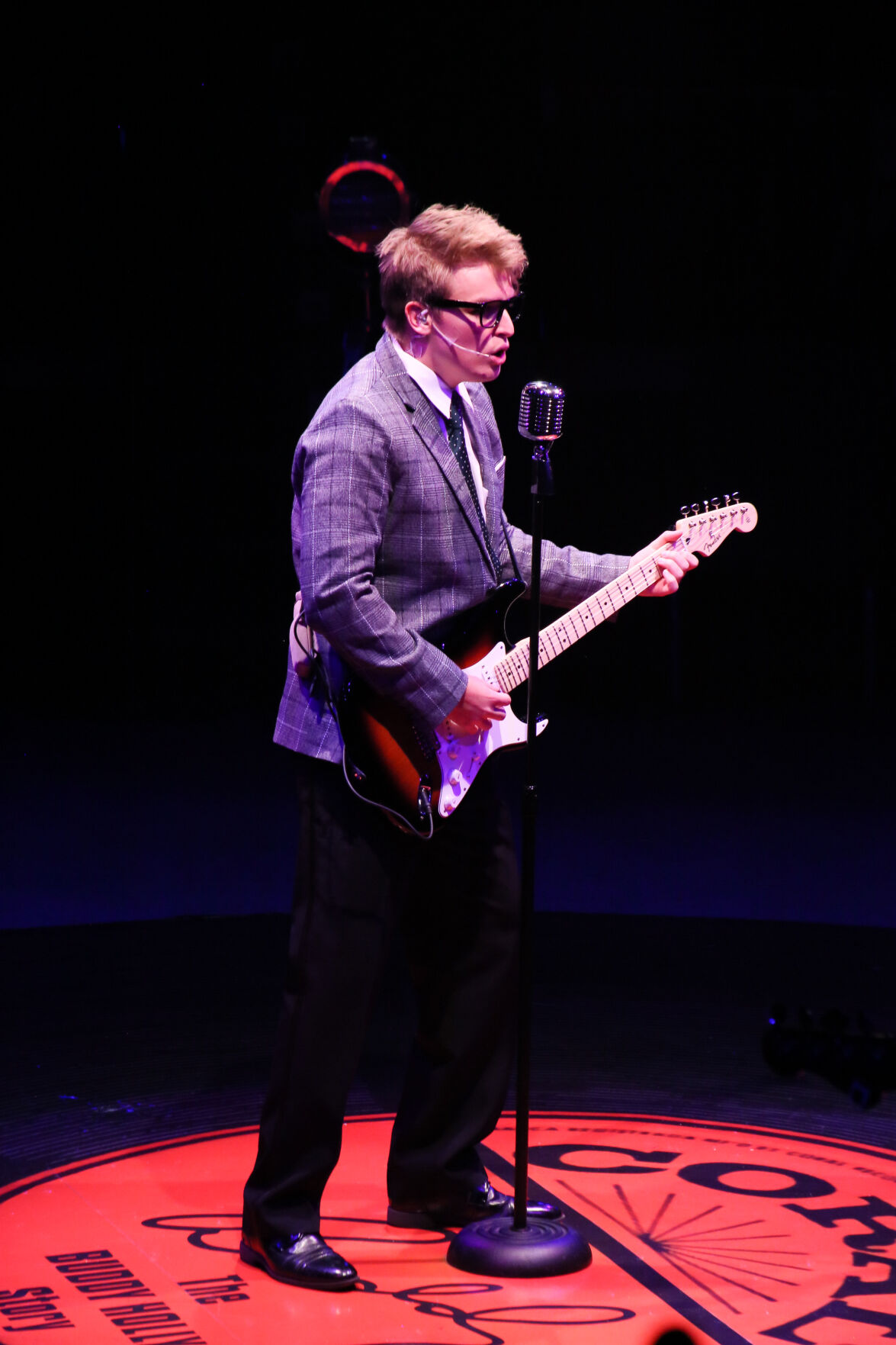 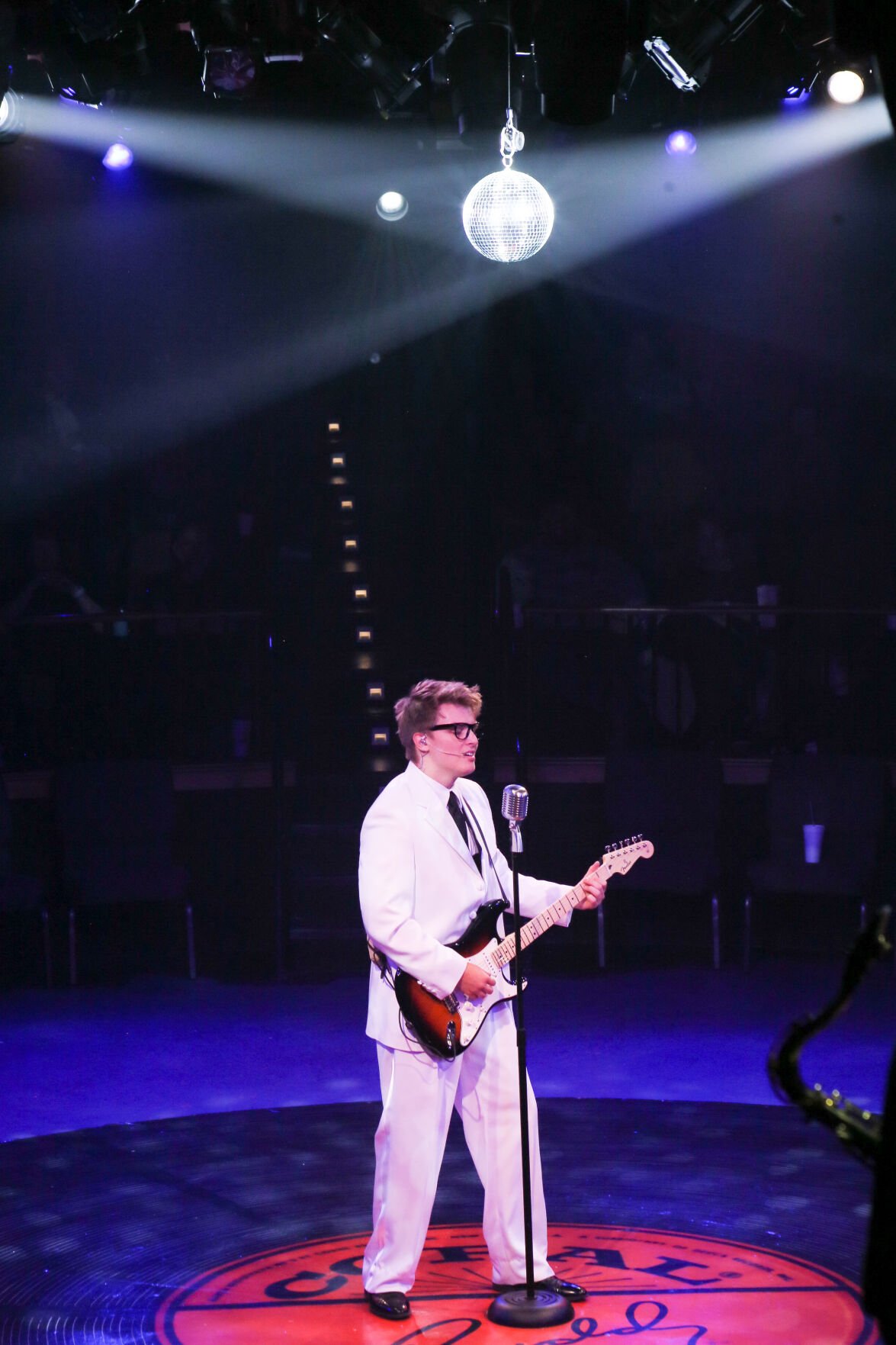 The spirit of Buddy Holly and rock ‘n’ roll live on in Plaza Theatre Co.’s production of “The Buddy Holly Story,” which runs through Jan. 22. Visit plaza-theatre.com for information.

Have you heard the news?

The ’50s are back and sweet, sweet soul and rock ‘n’ roll raised the roof Thursday at Plaza Theatre Co. The and the good rockin’ continues through Jan. 22.

As the production’s tagline proclaims, “Before the Beatles, before the Stones,” both of whom covered his songs by the way, their was Buddy Holly and the birth rock ‘n’ roll.

As with most things new, Holly, and rock ‘n’ roll in general, left many initially dismayed.

Such is obvious early on when Buddy (Aaron Brooks) and the Crickets (Chris Utton and Shane Brooks, who also plays the Big Bopper) play the Grand Bowl in Lubbock, a concert sponsored by KDAV 1590 AM.

The Hayriders — always available for barbecues, barn dances and weddings — kick the show off with the sublime, albeit in sync with the decidedly country and western sounds of the time “Rose of Texas”

Holly and company follow suit via a partial performance of the perfectly acceptable, for that crowd anyway, “Flower of My Heart” before, in a move foreshadowing Elvis Costello’s “Saturday Night Live” performance two decades hence shift gears mid-song in a pedal to the metal rip through “Ready Teddy” much to audience chagrin and “Get them off stage” catcalls.

“Holly could’ve been a big country star if someone could’ve kept him away from his music,” one quips.

A subsequent recording session at Decca Records culminates with the producer remarking that Holly can’t sing, can’t play and should forget about a musical career. The same company a few short years later, on the reasoning that guitar groups were on the way out, passed on a chance to sign the Beatles.

Deliverance comes in the form of producer Norman Petty (JaceSon Barrus) and sessions in Clovis, New Mexico, resulting in several of Holly’s early huge hits. One scene, the genesis of the great “Everyday” plays out pure magic recalling as it does Paul McCartney’s creation of “Get Back” out of thin air in the recent Beatles Disney documentary.

Musically, all the Holly hits are here in addition to several lesser known, though equally wondrous numbers such as “Raining In My Heart.”

“I grew up with my parents listening to Buddy and the Beatles and all that music before my time so I knew of him,” Brooks said after the show. “But once I got this role I really dug in and did the research on him.”

Indeed he did. Brooks shines in his Plaza debut.

I’m inclined to praise Utton’s dynamic drumming and will. But feel also moved to exclaim that everyone involved here, whether instrumentally or vocally, delivers most thrilling positively up, up and away joyfully effulgent performances.

Pile accolades, too, on the female songbirds backing several of the Holly, and other performer’s, numbers with dreamy, at times ethereal and always spot on contributions.

As to Tyrone Jones (Brandon Carlton) and Marlena Madison’s (Takara Bailey) show stopping run through “Shout” at the Apollo Theatre ... words fail to convey the awesome.

All the while not for a second forgetting Shane Brooks’ over-the-top, audience involvement blast through the Big Bopper’s “Chantilly Lace” or Mike Bush’s equally passionate, hyper driven delivery of Richie Valens’ “La Bamba.”

The Apollo Theatre scenes — Holly and the Crickets were the first white act to play there — dispatch the play’s funniest moments while Holly’s first meeting with his wife-to-be Maria Elena (Lydia Galvan) telegraph its sweetest.

The abrupt lights out halt slam of Holly’s final number in Clear Lake, Iowa, dramatically illustrates the tragedy to follow while raising the could’ve, should’ve, would’ve questions of what Holly might have gone on to accomplish but for that fateful flight.

But in the end it’s the joy both of the music and the genius of arguably Texas’ greatest ever musician that drives the show and to those ends “The Buddy Holly Story” overflows with bumper crops of both.

Given Plaza’s abundance of quality productions through the past 15 seasons one hesitates to bandy terms such as best or greatest about but rest assured, their production of “The Buddy Holly Story” is way, way up there and then some. So grab a ticket while they’re still around, head to Plaza and rave on!