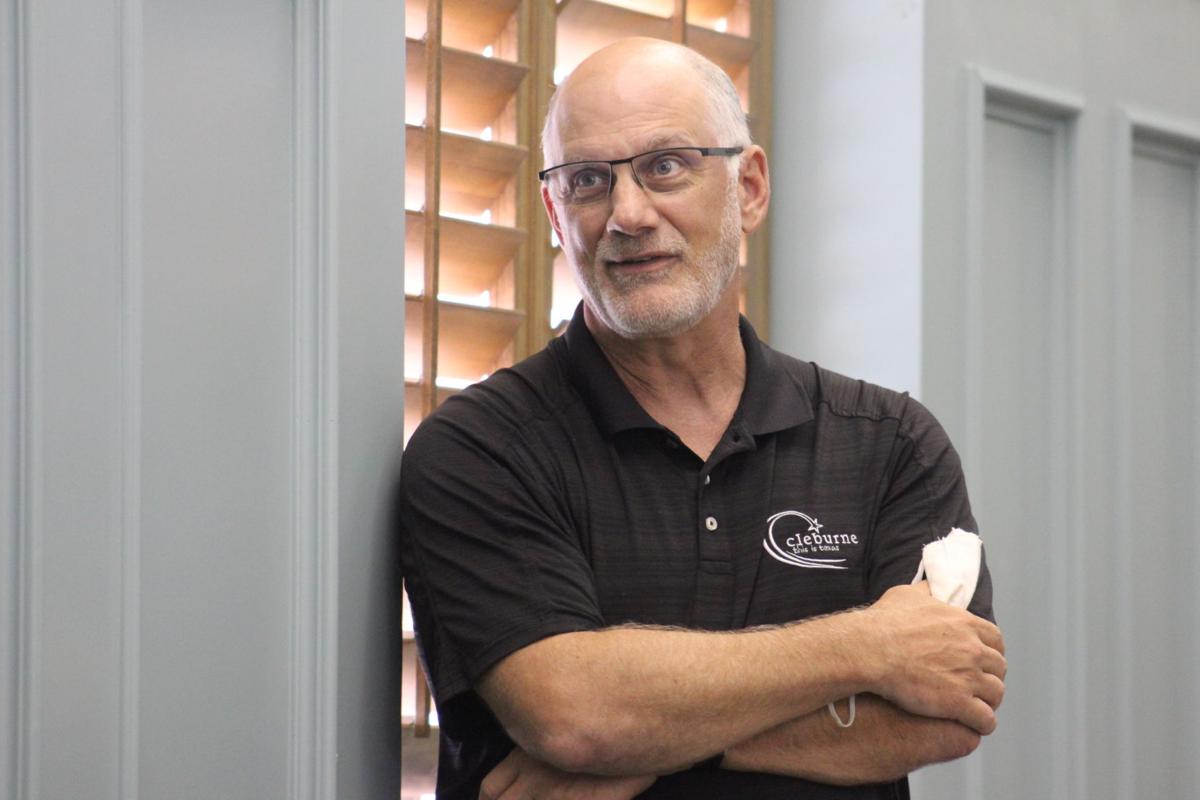 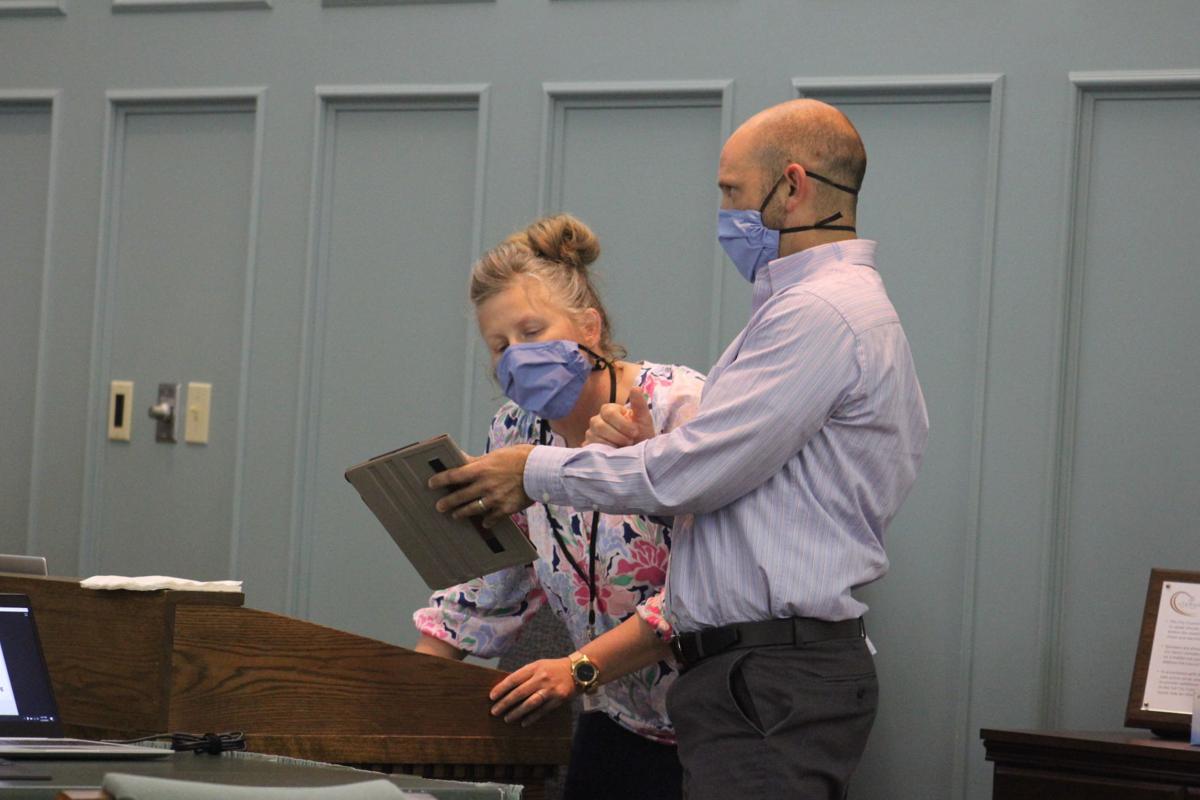 Cleburne Councilman Chris Boedeker said he doesn’t “see a whole lot of point in continuing to negotiate” with BNSF Railroad.

With that, the railroad’s request to the city to close certain streets at track crossings appears unlikely to be further entertained.

“I said two weeks ago that I hope we get some additional roadwork out of this,” Boedeker said. “I think that’s fairly consistent with what the council was looking at. But it looks like the railroad is going in the opposite direction.”

BNSF, in regard to the requested crossing closing of Chambers Street, originally offered the city $100,000 in cash as well as various road improvements.

Council, during their June 9 meeting, expressed little interest in closing Chambers or the other streets requested by BNSF but left the door open to a counteroffer by the railroad.

“They came back with a revised offer that increased the dollar amount to $300,000,” Hutt said. “However, they removed all the other improvements. So essentially the overall value of the offer did not go up. It was more or less give and take. They just adjusted or moved where they were going to put the funding.”

BNSF’s request arose in light of their Rio Vista to Midway Double Track improvement project. That project entails adding a second track to their existing right-of-way corridor along that route, which passes through Cleburne.

BNSF initially asked the city to consider closure of several streets and in turn offered to carry out various street improvement and cash, depending on how many streets the city agreed to close, totalling up to $750,000. All crossings requested to be closed border the city’s east side.

Council members and others voiced concerns of public safety response times, downtown traffic patterns and limiting access to the east side. During the June 9 meeting, council members generally voiced opposition to closing any of the proposed streets but indicated that they may still agree to close East Chambers Street should BNSF’s counteroffer prove too good to pass up. Council members on Tuesday made clear that it didn’t.

BNSF’s project will all the same cost Cleburne taxpayers about $1.5 million in costs to relocate city utilities such as water and sewer lines in the railroad’s right-of-way. That, Hutt said, is because the railroad owns exclusive rights to their section of right-of-way.

“Therefore, we have to accommodate them and relocate at our expense our utilities that cross the railroad if they conflict with their project,” Hutt said.

Council approved purchase of a new brush truck for the fire department at a cost not to exceed $160,000. The 2020 Ford F-550 will be purchased from Chastang Ford.

At 19 and 20 years old respectively, two of the department’s brush trucks have well exceeded their suggested 10-year lifespan, Cleburne Fire Department Assistant Chief Keith Scarbrough said. In some cases, parts are no longer available for the two trucks.

“The apparatus is equipped with a front bumper mounted turret nozzle and ground sweep nozzles, which allow firefighters, within the safety of the cab, to extinguish wildland fires,” Scarbrough said.

In response to the ongoing COVID-19 pandemic, council members once again extended the city’s declaration of local disaster. The current extension, the city’s eighth, runs through July 14.

The city, as of June 19, reported 61 positive COVID-19 cases to date of which 47 are listed as recovered.

With numbers rising in many parts of Texas, Cain said plans to meet with representatives of the local business community soon in order to address long-term strategies.

“Closing down again is simply not an option,” Cain said. “Our health team also continues to meet on long-term strategic plans. From here out, any change in [city orders] will come before the council to be discussed and voted on.”

Cain praised Cleburne residents in wake of protests sweeping the country in response to the Memorial Day killing of Minneapolis resident George Floyd and other recent racial and police-related matters. Cain called America bitterly divided with many on all fronts “addicted to outrage.”

“There are a lot of issues we as a country need to address,” Cain said. “We need to have these discussions, but we can do that respectfully. That we can disagree without being disagreeable needs to be our mantra.”

One of the builders, Garza Group Custom Homes, previously took advantage of the reimbursements in building two homes across the street from the home he plans to build on Chase Avenue, Cleburne Economic Development Manager Grady Easdon said.

Council approved the Impact Fee Rebate Incentive Program and allocated $40,000 toward it in January.

The purpose of the program is to spur development of so-called infill lots throughout the city in established neighborhoods. Absent the program, the cost of building homes on such empty lots would otherwise be cost prohibitive, Easdon said. Construction of new homes in the areas increase the city’s tax base and revitalize the affected neighborhoods, Easdon added.