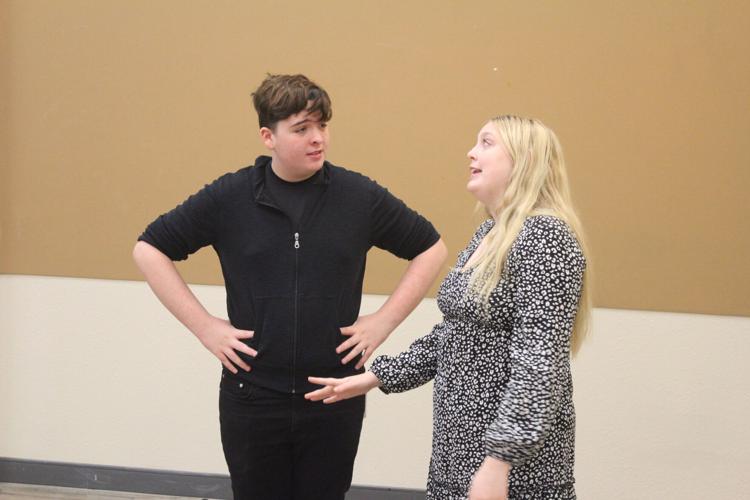 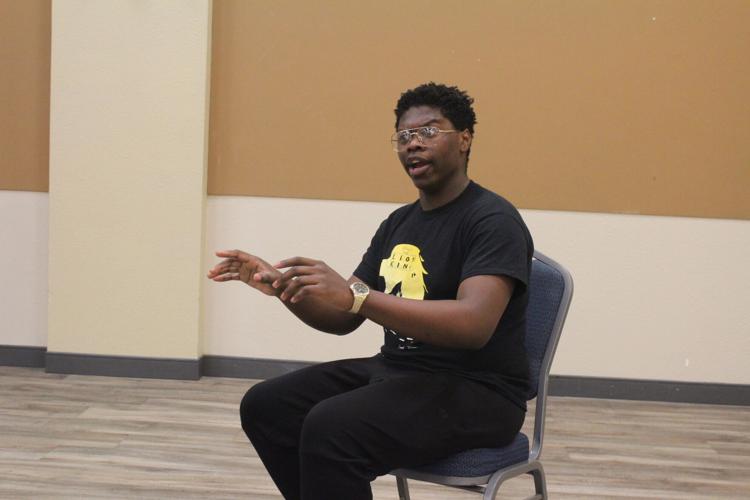 Plaza Theatre Co. actor Damson “DJ” Chola sings “If I Were A Rich Man” from “Fiddler on the Roof Jr.”

Plaza Theatre Co. actor Damson “DJ” Chola sings “If I Were A Rich Man” from “Fiddler on the Roof Jr.”

The applause resounding throughout the Cleburne Conference Center made it obvious that the Lions agreed.

The Lions got a sneak peek at Plaza Main Street Theatre’s upcoming production of “A Charlie Brown Christmas” in addition to selections from “Fiddler on the Roof Jr.,” a show 26 Plaza Academy students will perform next month at the Junior Theater Festival in Atlanta.

“We opened our theater in Cleburne almost 15 years ago,” Barrus said. “Our daughter Mimi, who is 15 and one of the performers here today, was 4 months old. One of the first things we did back in 2006 was visit the Cleburne Lions Club and I recognize some of you here today from back then.

“When we told people we were going to open a theater in Cleburne a lot of them said we were crazy but through tooth and claw and even a pandemic we’ve survived and thrived thanks to the support of the Lions and community through the years.”

The biggest, and most rewarding, surprise, Barrus said, has been the success of Plaza’s youth arts program.

“We intended to have that from the beginning but started out basically as a theater production company staging plays,” Barrus said. “The youth arts program, which was almost an afterthought at the beginning, quickly grew into a cornerstone of Plaza overall. And it’s been wonderful to train kids in acting and theater many of whom have gone on to become our next generation of actors.”

“When I was 18, my choir director asked me to help with a summer camp and, while I love theater and acting, that’s when I learned that working with kids and teens was my ultimate dream,” Tina Barrus said.

Plaza Academy grew from a few classes, including ballet taught by JaceSon and Tina’s oldest daughter, Tabitha Barrus into a full range of acting, theater and music classes. When Plaza Theatre relocated to its current Anglin Street address, the former location on South Main Street was renamed Plaza Main Street Theatre and dedicated to Plaza junior shows performed by children and teens.

All of which were hugely successful until early 2020.

“A Charlie Brown Christmas” includes a cast of 10 children and teens and runs about 30 minutes. The play runs today through Dec. 23. Tickets cost $10 for adults and $7 for children 12 and younger.

They, both 15, and Plaza actor Damson “DJ” Chola, 16, also performed selections from “Fiddler,” including “To Life,” “Do You Love Me,” and, in a memorable solo performance, DJ’s take on “If I Were A Rich Man.”

Tina Barrus noted that Chola is also in Cleburne High School’s current production of “The Wizard of Oz.”

Tina Barrus added that Plaza’s 2022 season kicks off Dec. 31 with “The Buddy Holly Story” and continues with “Cinderella,” “Oliver,” Ragtime” and a host of other plays including, after time off for COVID-19, the return of Plaza’s Shakespeare in the Park, “Twelfth Night” being next summer’s production.

For information on those or other plays or Plaza Academy classes, visit plaza-theatre.com or call 817-202-0600.

Cloudy skies. A stray shower or thunderstorm is possible. High near 80F. Winds E at 10 to 15 mph.

Thunderstorms likely in the morning. Then a chance of scattered thunderstorms in the afternoon. Potential for severe thunderstorms. High 81F. Winds SSE at 10 to 20 mph. Chance of rain 60%.