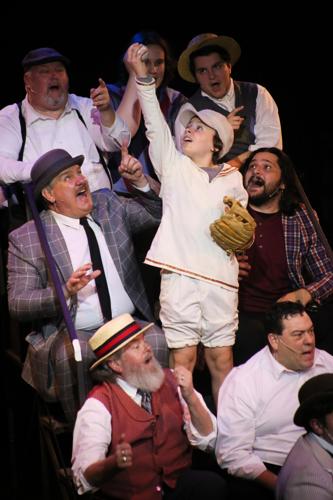 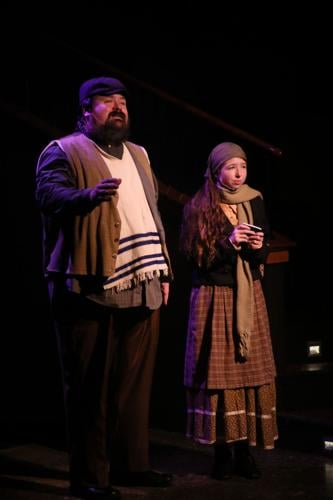 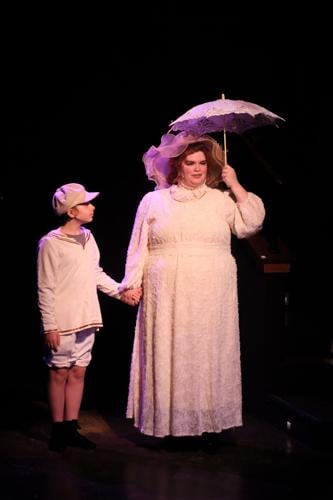 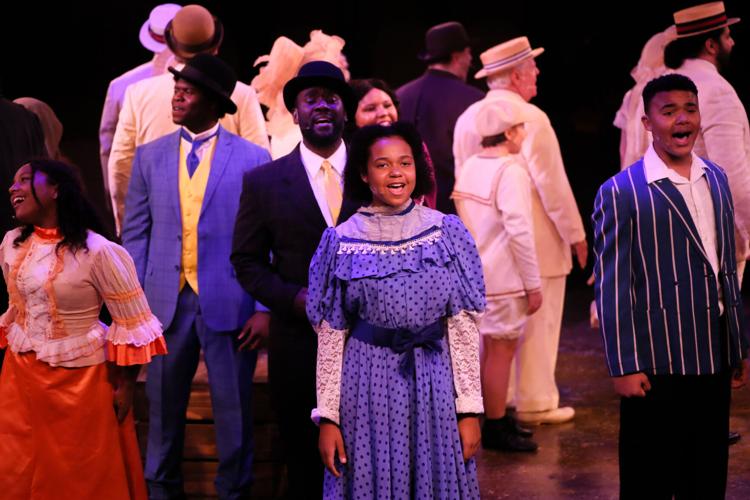 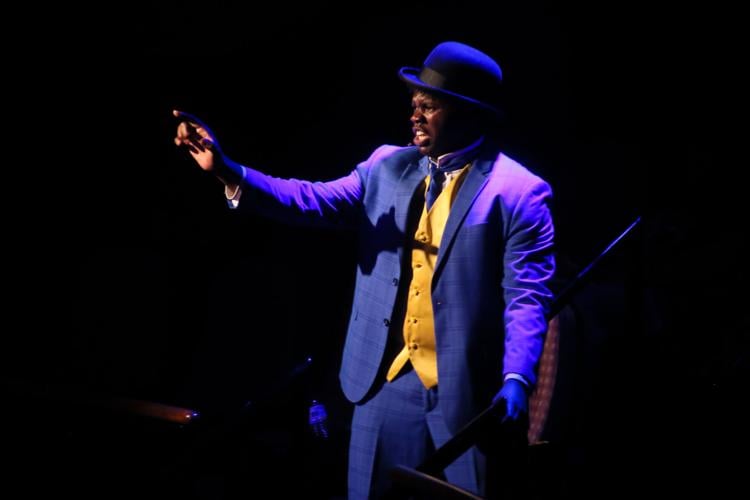 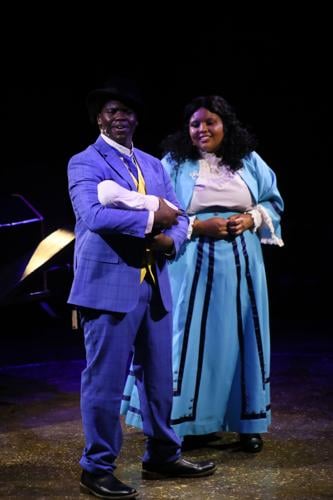 Heady stuff, Plaza Theatre Co.’s production of “Ragtime,” eschewing the playhouse’s usual upbeat, positive fare for heavier going. Which by the way, caveat emptor given the play’s racial slurs and simulated violence. But also good on Plaza for plowing new ground and succeeding brilliantly in the process by staging  a production that, stark realism and somber moments aside, soars with bittersweet beauty and wonder throughout.

“Going from [Plaza’s previous show, ‘Chitty Chitty Bang Bang’] to this is a bit of a change,” Plaza Artistic Director JaceSon Barrus said with a laugh. “Much more, probably the most intense play we’ve done. Which is why on all our advertising we’ve done a content warning.”

Unlike Plaza’s equally great albeit in a different way productions, “Ragtime” plays stingy with happily ever afters. Some characters get them while some most definitely don’t. Much like real life, any happy endings that show up come with a sprinkling of salt and regret but growth as well.

Congratulations are in order to the Plaza bunch as well for their deft tightrope juggle of the play’s multiple intersecting though separate story lines. What connection exactly Teddy Roosevelt, Harry Houdini and Booker T. Washington have to the main characters may furrow audience member’s brows early on but patience is a virtue and all is revealed in time. Suffice to say, the effort pays off.

The play derives from E.L. Doctorow’s 1975 novel of the same name, a book, in my opinion, one of the swellest literary reads of the past 50 years or so. The book led to 1981’s Academy Award-nominated film, which featured James Cagney’s final appearance.

Set in the early pre-World War I 1900s, the story tackles racism, sensationalistic celebrity, class warfare, unease over shifting social mores and disruptive technological advance and other topics. Clothing and other styles aside, really not so different from the hurdles of today in other words.

No fair revealing too much plot wise other than to recommend pointing oneself Plaza’s direction to experience the story for yourself.

In a nutshell, though there’s much more afoot than this, the discovery of an abandoned Black newborn sends tremors through the idyllic if stalemated lives of an upper-class New Rochelle factory owner and his family. Going simply by the designations father, mother, their son (the little boy), grandfather and mother’s younger brother they represent both focal characters and the plays every man and woman.

One major difference between the book and film, both worth seeking out by the way, is the music of the play. While music looms large in both the former, here it explodes on stage courtesy intricate, engaging and highly choreographed numbers that entertain while also driving much of the narrative though much of the play remains dialogue driven as well.

The cool little car built by Plaza supporter Kendall Heaps for Plaza’s staging of “Chitty Chitty Bang Bang” receives renovation and an encore here. So does Walker’s pride and joy Ford Model T as designed by Plaza’s stage and props manager Madison Heaps. The Ford figures prominently into Walker and Sarah’s fleeting bliss as well as several of the show’s most harrowing and dramatic scenes.

Excelling too is the cast though it should be noted that alternate actors play certain parts during some performances.

Mother (Meredith Browning) comes off wistful, pitch perfect as a caged bird finding her wings as the story progresses. Father (Barrus) successfully delivers the nuanced longing of a good man unsure of and unwelcoming to change. Their son’s (Patrick Bilbow) decorum deficiency supplies much of the play’s laugh out loud moments.

Credit immigrant Tateh (Ben Phillips) for the pathos and determination he brings to his role, not to mention his strong singing voice. Tateh’s daughter, the little girl (McKenzie Carr) beautifully fills her role through expression more than words channeling a forsaken waif straight out of a Charlie Chaplin Essanay one reeler.

Chola shines bright too in his role as Walker. Although his future remains to be determined, Chola has already proven to be something quite special on the Plaza and Cleburne High School stage and is certainly someone to look out for.

Walker, Chola said, was a role tough and fun to prepare for.

“I had to prepare myself, especially because of the slurs, in such a manner that I couldn’t be D.J. on stage,” Chola said. “I had to be Coalhouse.”

“It required having confidence to what my part of the story is and doing my best in that regard so I could add to the overall story,” Chola said.

It’s an ocean deep and a play quite grand, Plaza’s take on “Ragtime” is. Check it out for sure.