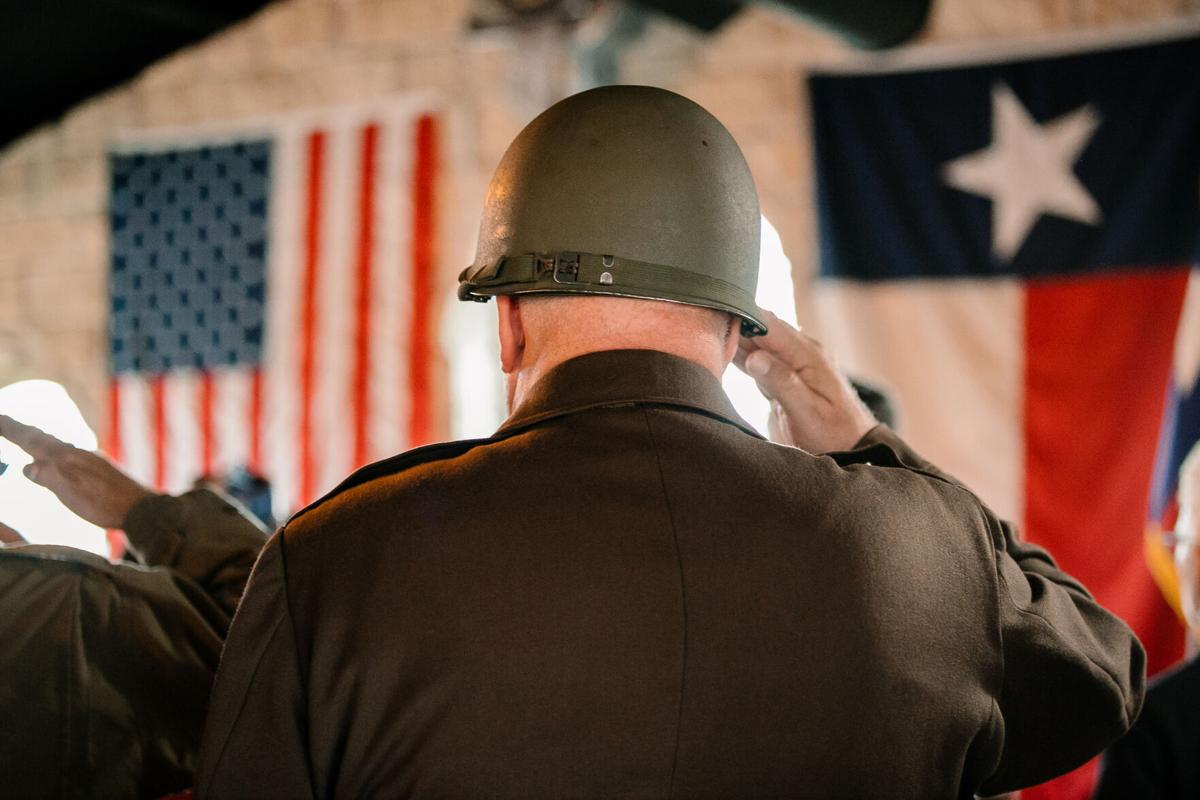 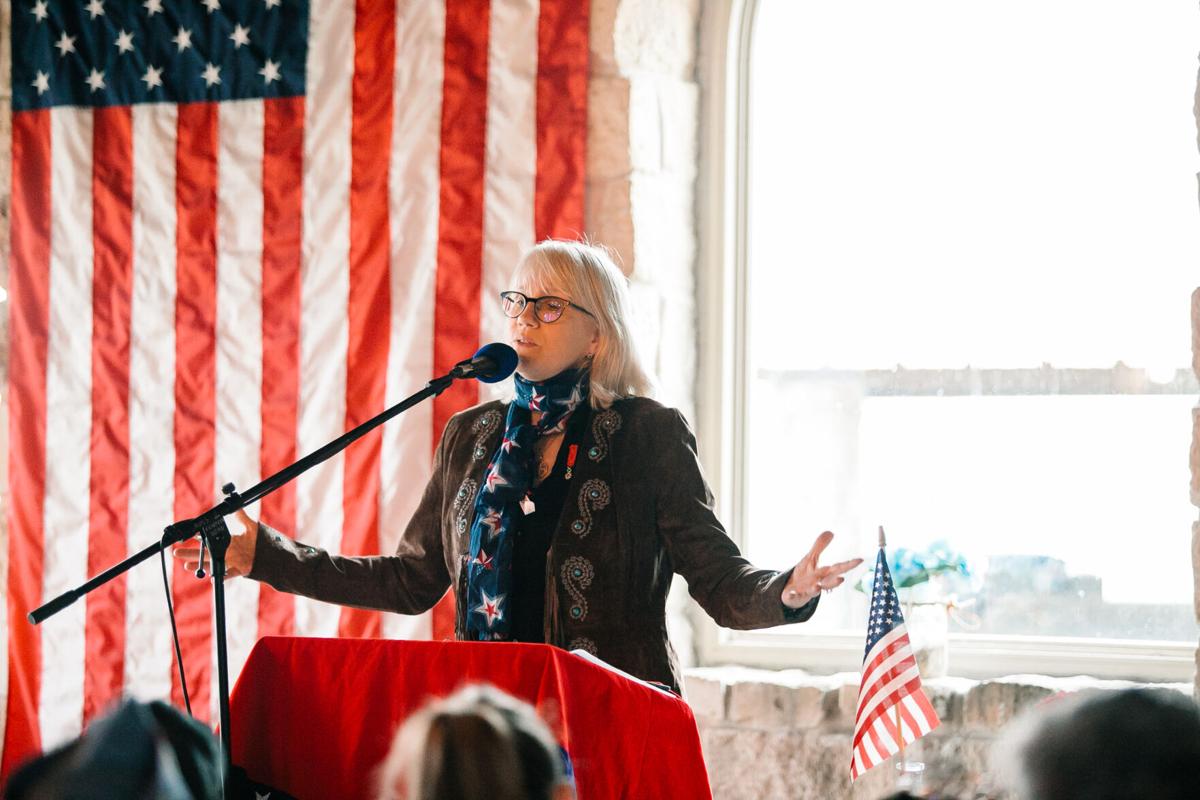 What a difference a year makes.

In-person commemoration events returned in a big way on Monday, however, including an appearance by Gen. George Patton’s granddaughter, Helen Patton.

“I was so glad to see that return and we had a nice ceremony with about 125 people showing up,” Peters said. “It’s so important I think that we hold that ceremony each year at the Memorial Cemetery where we’re surrounded by the graves of our veterans.”

Members of Terry’s Texas Rangers fired a cannon over Lake Pat Cleburne to begin the ceremony after which proceedings moved to the indoor pavilion just minutes before sheets of down pouring rain swept through Cleburne.

“Thank you for spending your holiday with us,” CTOM President Matt Lee said. “This is a very special holiday where we honor those who served.”

That, Peters added, includes honoring those Veterans who did not return from war as well as those who did and the members of their families.

“It reminds us that those who have served and those who are serving that the sweetness of enduring peace has always been tainted by the bitterness of sacrifice,” Landers said. “We’re compelled to never forget while we enjoy our daily pleasures the agony of pain, deprivation and imprisonment so many endured. We should never forget the brave men and women who answered our nation’s call.”

“For those who haven’t come home there are families who don’t know where their loved ones are, what happened to them or why they didn’t come home,” Landers said. “They’re represented by a headstone over an empty grave, a mother’s tears, the child who grew up not knowing its father or mother. That’s why we must always remember and must never allow America to forget.”

The POW/MIA table and accompanying empty chair is set for one, Landers said, “symbolizing the fact that members of our armed forces are missing.”

Landers detailed the significance of the individual items on the table.

“The white tablecloth symbolizing the purity of intentions in responding to the call of duty,” Landers said. “The red rose symbolizing the blood they may have shed in sacrifice to ensure the freedom of our beloved United States of America. It also reminds us of the family and friends of our missing comrades.”

A slice of lemon, Landers continued, reminds of their bitter fate while salt sprinkled across the table reminds of tears and the Bible of strength gained through faith.

“Let us pray; let us remember and let us never forget their sacrifice,” Landers concluded.

Cain also introduced Patton, noting that her family members have logged more than 300 years of military service to America.

Patton noted that her father served as a Major General Second Division at Fort Hood and that she met George C. Scott, who portrayed her grandfather in a 1970 film, during a premiere of the film in Fort Worth.

Returning to Texas all these years later, Patton said she was impressed.

“There’s a true spirit of unity I’ve felt these past five days I’ve been here,” Patton said. “A family feel. I’m also happy that you can say the word God here without having to look over your shoulder.”

“He would rather have been known as ‘Old brain and guts,’” Patton said.

Patton called her grandfather a visionary but said his maxim of not mourning those we lost but rather thank God that such men ever existed should be taken in context.

“In one context it makes sense, but in another it doesn’t,” Patton said. “I remember one Memorial Day I spent with members of Gold Star families and one person said he hated that quote because he had been living with the pain of loss for years. Since then, I can’t hear that quote without trying to integrate that pain so many have experienced.”

Patton added that her grandfather, while gruff at times, truly cared about his soldiers and wanted them to reach their full potentials.

Patton, a graduate of the London Academy of Dramatic Arts, ended her presentation  by singing a patriotic song inspired by a poem penned by a World War I veteran.

Western singer Clayton Read then led the crowd in a sing along of “God Bless America” The ceremony concluded with prayer followed by the playing of “Taps.”

Danny Allen Davis, 69, of Joshua, Texas passed away on Friday, June 11, 2021 in Joshua. A memorial service will be announced at a later date.