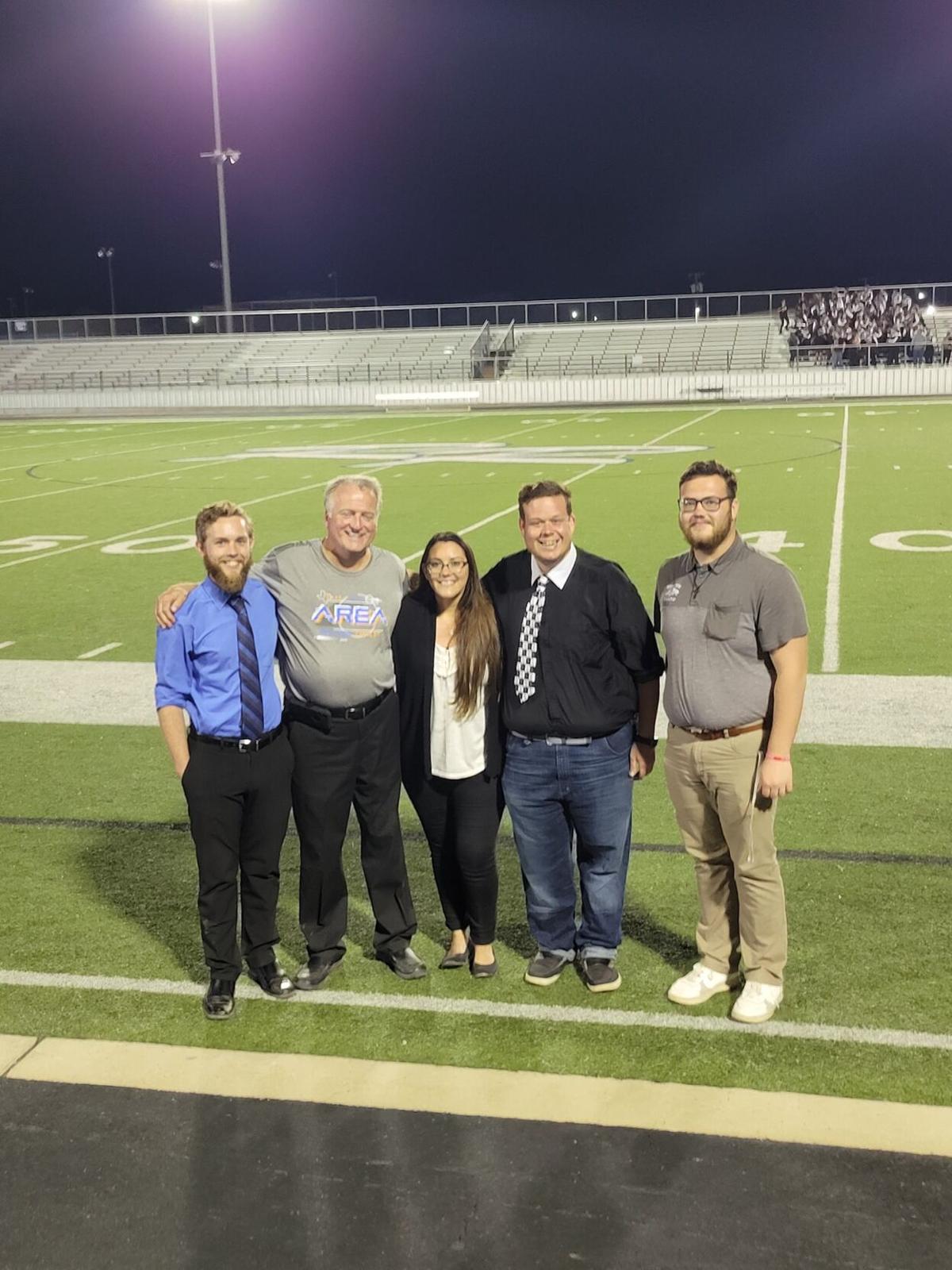 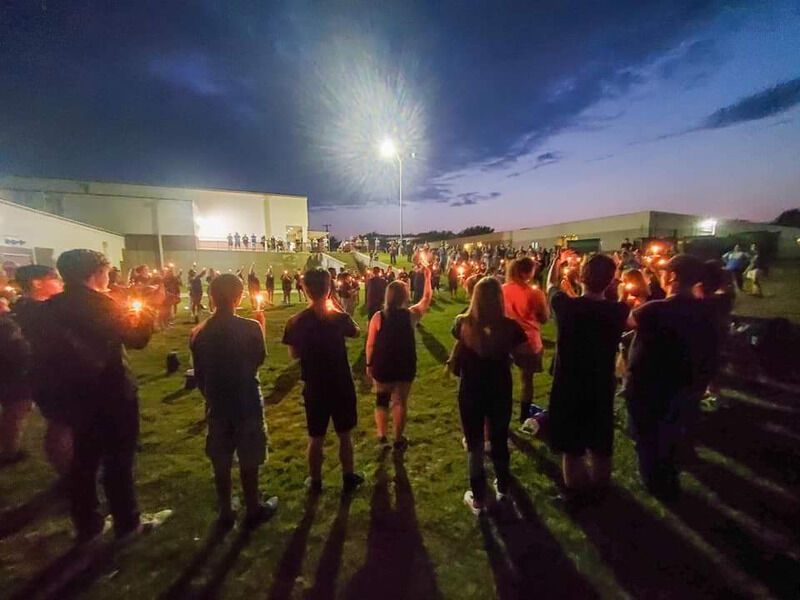 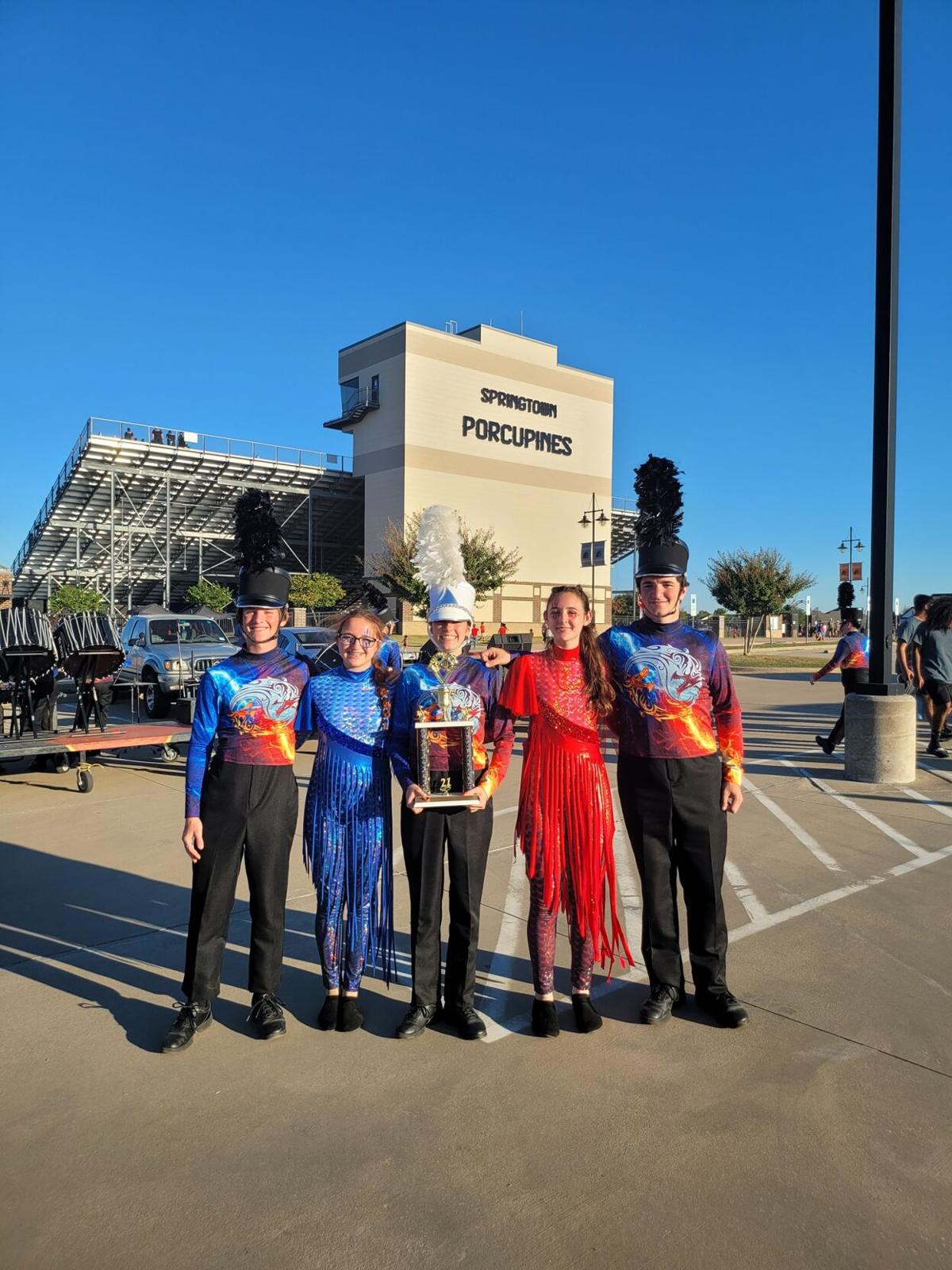 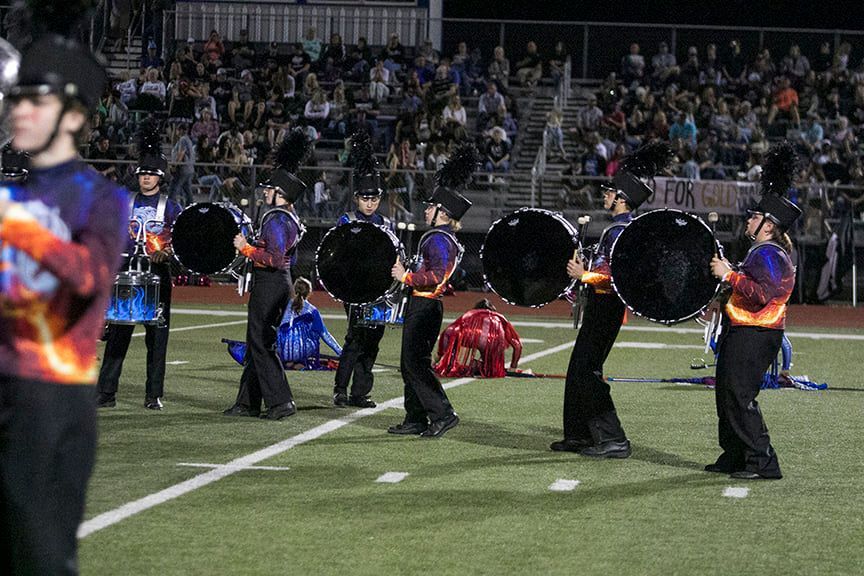 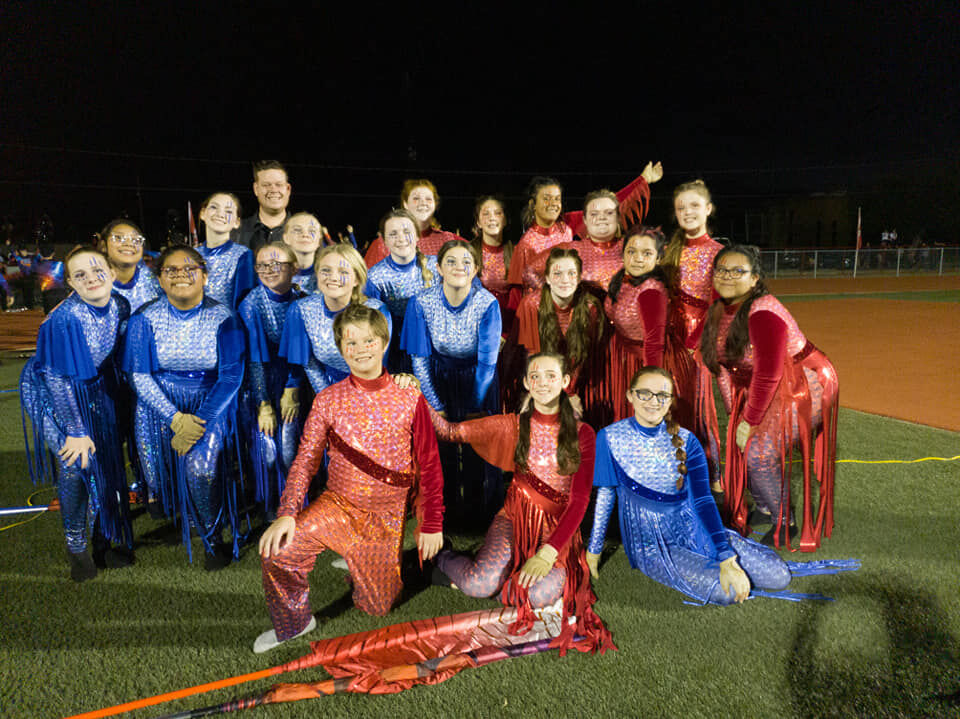 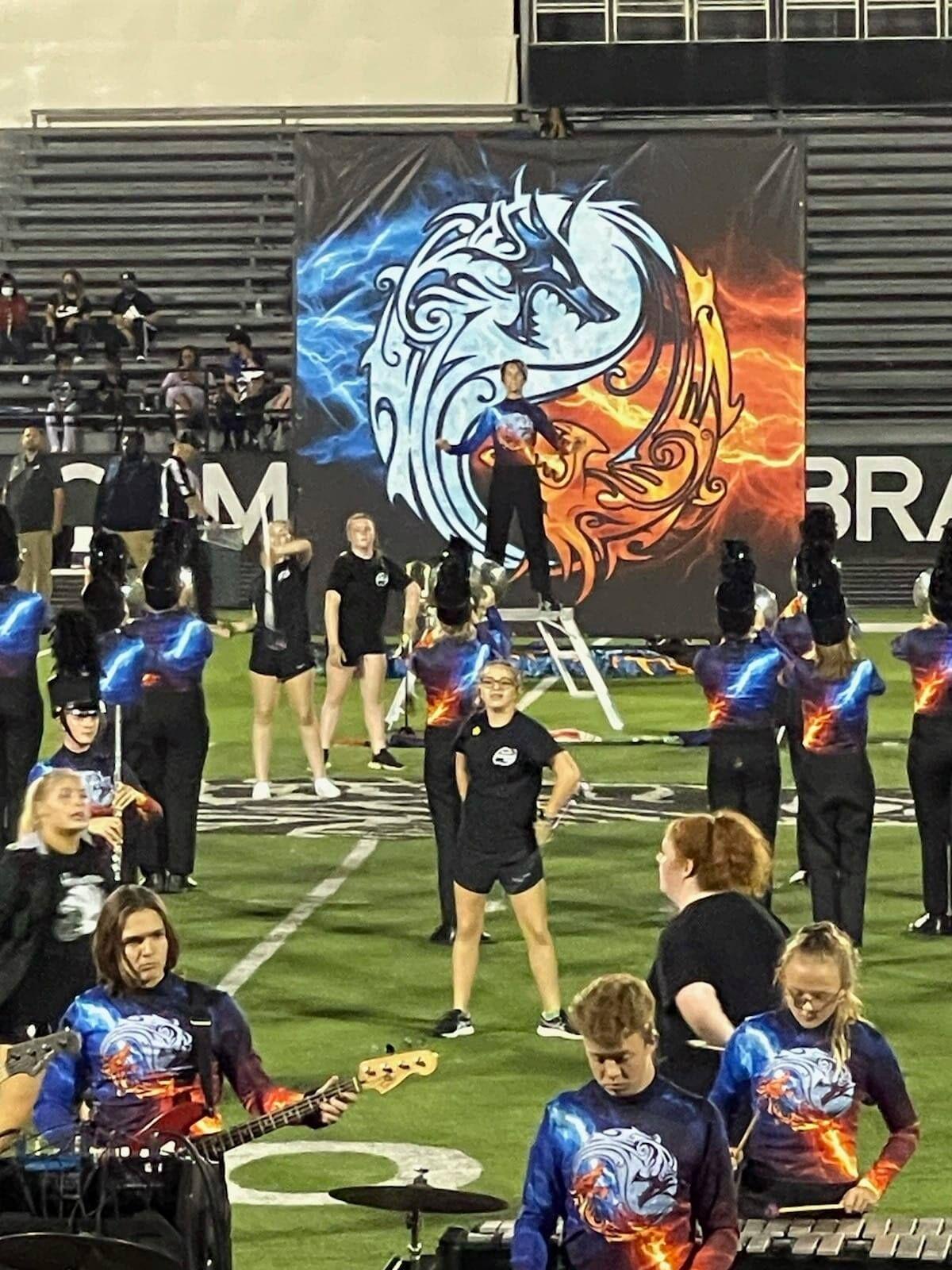 GRANDVIEW — For the first time in school history, the Grandview Thundering Herd is heading to the UIL state marching band contest.

After reaching the regional finals and finishing as runner-up each of the past four years, Grandview’s marching band finally got over the hump this year to qualify for state with a strong showing at the regional final contest Saturday in Robinson.

While Grandview’s band program is no stranger to success — they’ve won five consecutive state championships in concert band — qualifying for the UIL state marching contest was a moment years in the making.

“Breaking that glass ceiling is always so tough and the kids know what it means and they’ve worked so hard,” Grandview Band Director Russ Brown said. “They work hard every year but this year from the first day of practice back Aug. 1, this group of kids had this goal in mind that this is what they were going to do.

“They did what they had to do to get there. It means everything to these kids. There were a lot of happy tears.”

The regional competition was a long day — with preliminary contests running from 10 a.m. to 5 p.m. and the bands that advanced to finals starting around 7 p.m. and ending at 11 p.m.

Brown, in his 10th year as Grandview’s band director, said his students knew they nailed their state-qualifying performance even before finding out the official results.

“In the finals performance, as soon as the performance ended, our kids knew they hit it,” Brown said. “They were high-fiving and jumping up and down and hugging almost before we got off the field. Whether they made it or not, they knew they had the performance of the year right then. ... We practice at 6 o’clock every morning and practice a few evenings, too. We’ve been fortunate to have a band that makes finals at marching contests all year, even the invitationals.

“Contests usually go from 6:30 in the morning to midnight by the time we finish up. This was our fifth contest of the year that has been like that. These kids work so hard.”

Grandview High School Principal Kirby Basham said the district is proud of the Thundering Herd to reach its goal of qualifying for state.

“I just think it’s an exciting time for that group of kids,” Basham said. “The Thundering Herd marching band has been taking a step towards that each of the competitions the last few years. They just made the first area finals six years ago. ... And they’ve been building towards this and they broke through that ceiling. For them, I think that’s the expectation is they’re one of the top bands in the state and that goes along with all of the success we have in all of our extracurricular activities.

“Mr. Brown and I got hired on the same night. He’s done a great job to develop our band program into one of the best in the state and he’s laid the foundation for future bands to look forward to.”

Brown said what stands out about this particular group is their confidence as well as the camaraderie of the group.

“It’s their confidence: they believe in each other,” Brown said. “It’s also a pretty young band but we have great senior leadership that were encouraging and helping the younger kids get on board really quickly. Our slogan this year has been, ‘This is our year.’ We’ve talked about that since August. It’s terrific to reach our goal. In concert band, we’ve had five consecutive state championships so our kids are used to winning, this is just our first time in marching band.”

The UIL state marching band contest for Class 3A is scheduled for Nov. 3 at the Alamodome.

“We’re going into it riding high and with high expectations,” Brown said. “It’s extremely tough competition with the 20 best bands from across the state but we think we have a real shot at making finals.”

Similar to the type of support Grandview football had while winning back-to-back state championships — or any of the Zebras’ or Lady Zebras’ deep playoff runs in recent seasons — Brown said the Thundering Herd is grateful for the support they receive from the entire district and community.

“Grandview has a winning tradition and we take pride in that,” he said. “But that tradition is because our kids care, our parents care, and our school district cares and supports us in things we do. Our principals, our superintendent, our school board, they all come to things to support and cheer these kids. That makes a huge difference to our kids, to our family and to our community.”

“I just wanted to point out that for the first time in Grandview ISD history they have qualified to go to the state competition,” Woolley said. “We wish them luck and congratulations to them on something that’s never happened before.”

“Larry and I have been to two of their state championships,” Harmon said. “There were two in a row and they won both of them. Grandview kind of stands out and congratulations to all those kids in their band. We’re going to have to talk to these other cities around the county.”