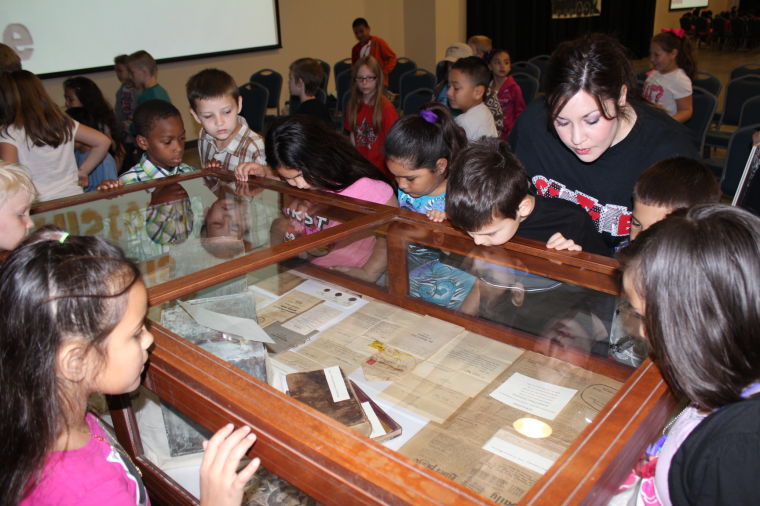 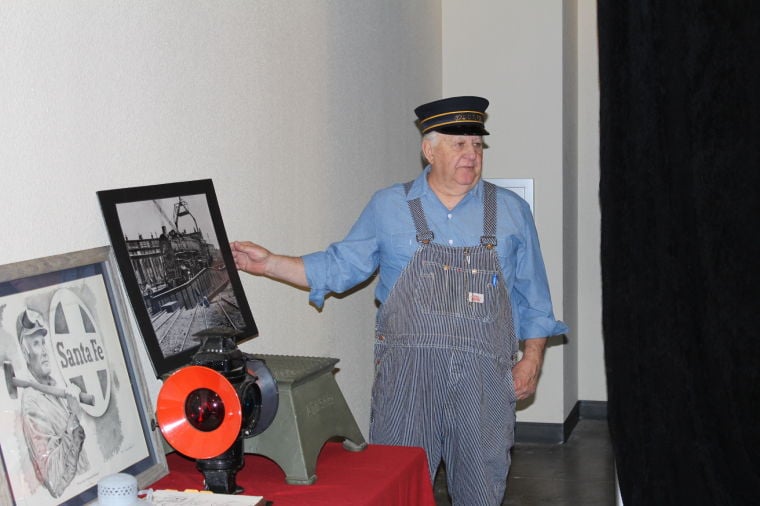 Cleburne ISD students traveled back in time Friday to celebrate “Cleburne: This is History” at the Cleburne Conference Center.

The recent openings of two time capsules inspired the event, which was also held Saturday for the general public, celebrating life in Cleburne 100 years ago.

Mayor Scott Cain said the bright possibilities anticipated from next year’s opening of Texas 121, a toll road linking Fort Worth and Cleburne, also provides a fitting opportunity to gaze back on the city’s historic past.

Students heard from Cain and watched video of the capsules being pulled from their respective buildings and later being unsealed by Jeff and Amberly Hadley, owners of Layland Plumbing.

“Jeff had to drill into the [Carnegie] tin-lined copper box then use tin snips to cut into and pull the top back,” Cain said. “The city hall time capsule took four days to locate and extract, which means city officials got to put up with four days of drilling and hammering.”

The capsules’ “fragile” contents had to be extracted and prepared for exhibition in secret, Cain said.

Cain explained that although the term time capsule dates to the 1937 World’s Fair held in New York, the practice of preserving artifacts of a specific moment in history for future generations dates back more than 5,000 years.

Locating the Carnegie capsule also proved a challenge in December, removing the building’s cornerstone, workers searched more than an hour before locating the elusive capsule tucked in a crevice.

Layland Museum Director Julie Baker discussed the contents of both capsules, on view in two display cases brought to the conference center, with several groups of students Friday.

The Carnegie capsule fared the century better than the post office capsule, which suffered water seepage and a mischievous mouse at some point. The mouse was gone but most of the capsule’s various documents greeted 2013 gnawed, waterlogged and tattered, some beyond repair.

Pictures, documents and other items from the Carnegie capsule appear little worse for the wear 100 years on although the boll weevil rumored to have been placed in the capsule was AWOL upon the unsealing.

“They were on top,” Baker said of their near mint condition in the post office time capsule.

Several coins in the post office capsule also remain in good condition. The contents of both capsules, damage and all, will soon be displayed at the Layland Museum.

Student groups rotated through three additional stations of Cleburne history circa 1913 learning about the railroad from Melvin “Sonny” Burt, who used to work in the local railroad shops, the Carnegie building from local historian Mollie Mims; and the history of Cleburne schools both public and private from Layland Educator Bettye Cook.