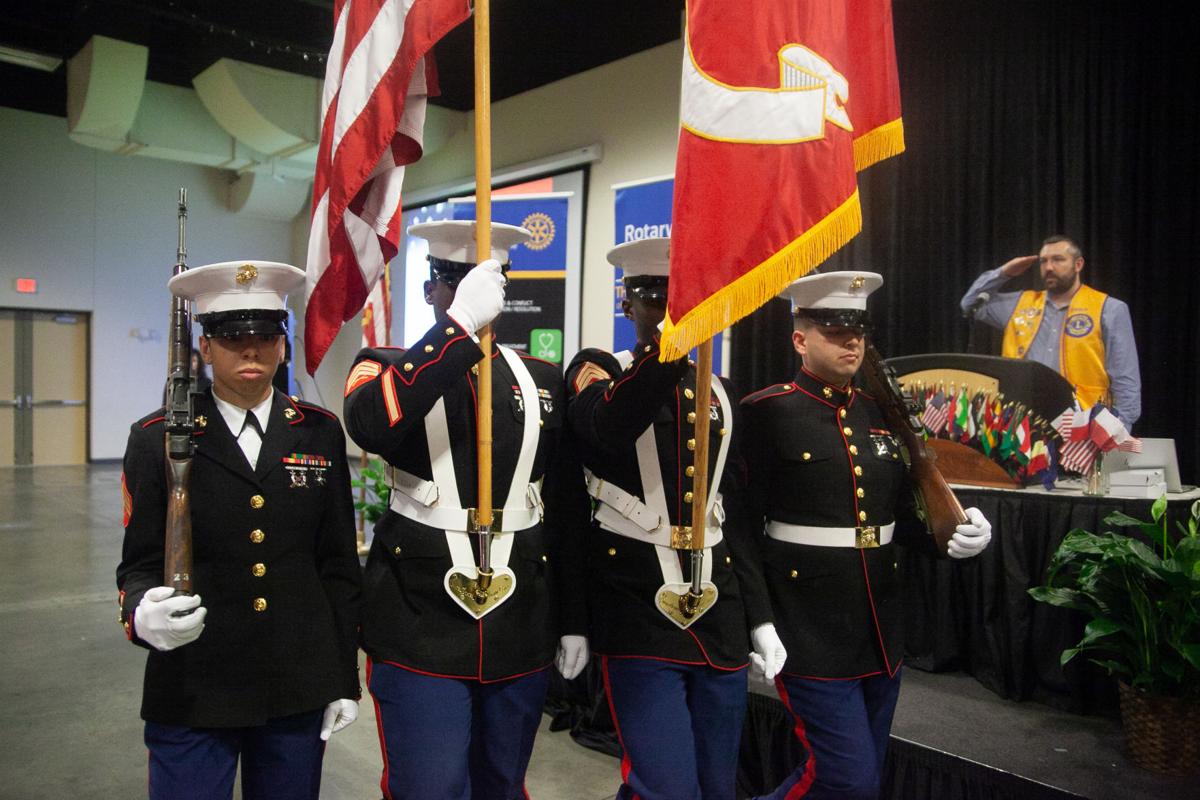 The 14th Marine Regiment Color Guard presents the colors during Wednesday’s joint meeting of the Cleburne Lions Club and Cleburne Rotary Club. The clubs met together for a special meeting honoring veterans for Veterans Day. 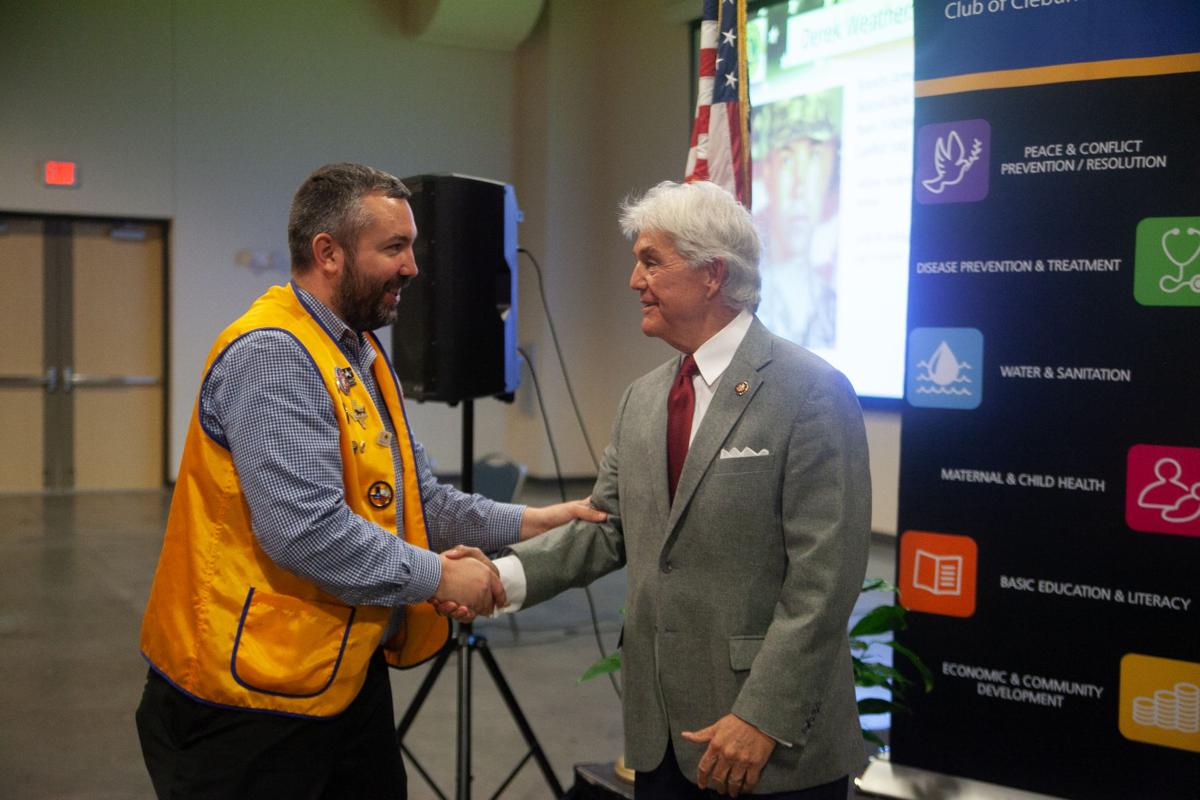 Just days before Veterans Day, the Cleburne Lions Club and the Cleburne Rotary Club co-hosted a luncheon for veterans and their families at the Cleburne Conference Center on Wednesday.

“We of course remember those serving in uniform in our military and we definitely want to remember those who have died defending our country,” she said. “We also want to thank our first responders who risk their lives to protect us every day. Today, though, we especially want to acknowledge our veterans who have served our country. For your dedication and service, we say, ‘Thank you.’”

“Thank you to not only our vets, but also thank you to those who support them,” he said. “Because nobody goes to war alone.”

“Today we recognize our veterans and the sacrifices that they have made — and that many of you have made — including those that are in a cemetery that gave the ultimate sacrifice in defense and honor of our country,” he said. “I encourage all of our citizens to honor veterans, both foreign and domestic, in appreciation of the unselfish sacrifice to God and country. When you see a veteran, say thank you, and don’t forget to pray for our men and women who are still standing on a wall in defense of our country and our freedoms, both in our country and abroad.”

Each veteran shook hands with U.S. Rep. Roger Williams, R-Austin, before receiving a “proud veteran” pin and a certificate of appreciation from the clubs.

“It is an honor to be here with all of you as we honor those across the nation, and in this room, who have put service above self,” Williams said. “In congress, it is my greatest privilege to represent our service members. I represent Fort Hood, the largest military base in America, and I like to tell people it’s 342 square miles of bring it on. There are 47,000 young men and women there today who are fighting for freedom and liberty.”

Williams said he is always reminded of what U.S. Army Gen. Mark Milley, the highest ranking officer in the U.S. military, told him the definition of a soldier is.

“The definition of a soldier is that young man or woman that chose to give up their today so we can have a tomorrow,” he said. “You think about that and how true it is. Today is the time to reflect on the blessings and freedom and liberty, bought and paid for by those who answered the call to arms. It is a day that speaks to the very best and the very heart of America.”

Cleburne Rotary President Blake Jones said military men and women know the risk of serving, but they accept it so that others won’t have to.

“No matter which branch you served in, or whatever your job path or wherever you served, raising your hand and committing yourself to service in the military is a brave and selfless act,” he said. “One that resulted in few guarantees for where you would be assigned, whether and where you might deployed, and, in some cases, whether you would return home in one piece or at all. Thanks to those who have served and continue to serve today, Americans can sleep peacefully at night.”