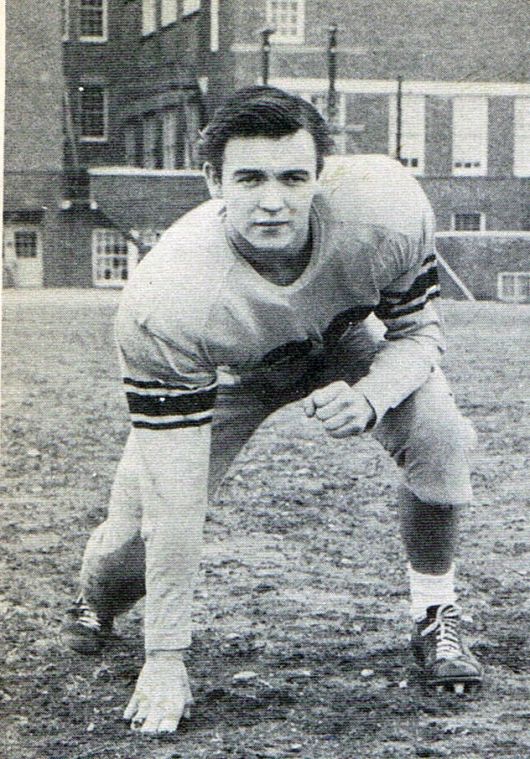 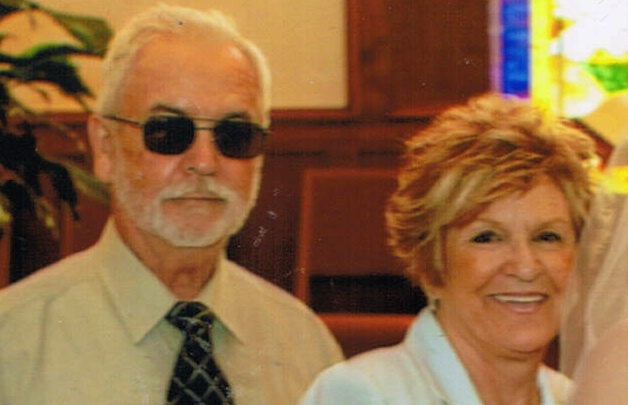 When I met Buddy Halyard, 74, and read his Civil War poetry, I felt guilty. Back when our children were in grade school, we toured Civil War battlegrounds only to please their dad, who taught history.

Buddy made the same visits and was so emotionally moved that he wrote about what the soldiers might have thought as they shed blood on the grounds where he walked.

“I’d never even read a poem before,” he admitted with a grin.

But he had researched the Civil War with a passion, purchasing multiple books on the War Between the States — even a first edition, “The Rise and Fall of the Confederate Government,” (Volumes I & II,) written by Jefferson Davis, the President of the Confederacy.

He admits he was not a scholar in high school. He loved family, friends, and football,

His world was small.

“Growing up in Cleburne back then was wonderful. On Saturday afternoons my friends and I went to the Palace Theater on East Henderson. With a quarter we could get in for nine cents and have money left over for popcorn, a drink and ice cream.

“I’d always walk back by the Farmer’s Market and watch the older men sitting around, spitting tobacco juice and whittling on sticks with their pocket knives. The other farmers and ranchers were visiting, trading cattle or horses or selling vegetables. Downtown was full of shops. It was a very busy place.

“Usually, I’d stop by the Pine Board Drug before I walked home to 1120 Prairie.

During my high school years we lived at 807 College.”

Floyd “Buddy” Halyard, son of Floyd and Jewel, was in Riley House at Cleburne High. He doesn’t remember any class he really liked. He looked forward to the evenings when he and Tommy Dodge, Bobby Collins, Richard Rogers, Perry Don Wright, Paul Staples and others cruised up and down Main Street.

“We’d go all the way to the Dairy Queen on North Main after we circled the square. On West Henderson, near Yellow Jacket Stadium, we’d cruise by Booger Bill’s (Bill Fagan’s) Hamburgers and Shiftar’s Hot Dogs. South, we’d turn around at the Johnson County Posse Rodeo Grounds We saw about everybody that way.”

He lived at home and commuted to Fort Worth during the next year, employed at the National Shirt Shop.

“Then I went to work for the Cleburne Water Department, installing and reading water meters.”

He said Frank Stephens, the supervisor of his department, gave him advice one day.

“Frank said, ‘Blondie, (I’d bleached my flat top) you don’t want to do this the rest of your life. Why don’t you go to college and learn something?’”

Buddy said he went to college — but not to learn.

“Tuition was only $60. Dodge and I were roommates in this lady’s house, and all the others lived in another room there or down the street. We had poker games in our room a lot. We were just killing time. There was a recession, and it wasn’t easy to find jobs. Convair was laying off.”

He found what he wanted to pursue as a career, as he excelled in advertising art, and looked forward to graduation.

But a tragic car-train wreck which took the life of two friends derailed his personal life. His serious injuries and emotional turmoil kept him out of school for a year. He would eventually drop out.

“The University required four semesters of foreign language for a Bachelor of arts degree.  I really tried to learn Spanish.  I took beginning Spanish three times. I just could not learn a foreign language.”

Two years later he married Jean Harrison, who had sons, ages 8 and 10.

He worked as a technical illustrator for more than 30 years at LTV, NASA, Bell Helicopter and Lockheed Martin, illustrating maintenance and repair manuals for aircraft.

He drew pen and ink portraits as a hobby, but all the close work caused vision problems, he said.

“I had lost my left eye from a BB gunshot when I was 14. My right eye was all I had to work with all those years.”

His interest in the Civil War grew. He said he began to see that the textbooks he remembered from school had limited information on the subject, and were written from northern authors’ points of view.

It was shocking to him that 650,000 Americans lost their lives in a war that neither side understood.

Halyard said, “The Civil War, of course, involved slavery, which was very wrong. But war was declared because of economics. The South depended on their sale of cotton for survival. They sold it to the North which sent it by ships to Europe. The South had no ships — and not enough profit to pay workers.

“President Lincoln feared that England would come and defend the South,” Halyard said, “so he signed the Emancipation Proclamation during the War to stop them.”

Halyard wanted to visit Civil War battlefields on vacation. He was surprised at what he found.

“I had studied it so much that I felt as though I had been there before. There was a great sadness and loss within me. Words came to me even though I knew nothing about poetry.”

Tom Dodge, now a Texas writer, commentator and college professor, wrote of encountering Buddy many years after they were roommates in college.

In a short story, entitled “Sack and Save,” he told how Halyard’s father, sister, brother-in-law, son, and wife all died within a short time.  After a personal relationship crumbled, Halyard gave up on everything. He stayed at home for months and cried and drank.

Buddy said, “I was retired and very depressed when I took a part-time job sacking groceries. That gave me a new outlook on life.  I made friends with customers and other workers. Little kids wanted their mothers to get in my line because I had fun with them as I pushed them in the carts when we went out to the car.

“They liked me. I needed that. A doctor had told me that being with other people would be much better for me than medication.  He was right. ”

Buddy and his wife, Linda, live in Cleburne now.  Although it is difficult for him to see to read, his interest in the Civil War remains unchanged.

When Buddy had visited Franklin, Tennessee’s battle field and cemetery he thought of the seven Confederate generals killed there. He thought of the Union soldiers who lost their lives  — and the futility of it all.

In his poem, “A Change of Heart,” he wrote in part,

“…Where are those politicians who talked us into this war?

Gone to Mexico, I guess, or Texas which is just as far.

The carpetbaggers in all their glory have to revel in our fate.

Why, hello dear northern brother, and may I say, God bless this United States.”

And then there was his description of a deserted church by the side of the road, left in the aftermath of the War.

“There’s a church by the side of the road

Seen by the whippoorwills making their flight.

A train bound for Georgia passes there each night.

No one seems to notice this faded gray building,

The bell tower falling in, no longer has a bell.

And a cross placed with such care, long ago fell.

The weeds have taken over the crumbling porch,

The windows show no signs of glass.

Surely this sad scene is bound to pass.

O to hear the hymns that once came from this place,

To feel the comfort that comes from His grace,

To know that there is someone there, to lift the load

In this church by the side of the road.”

Linda Halyard had her husband’s poetry bound to preserve it. He donated his Civil War books to the Texas Heritage Museum at Hill College in Hillsboro.

Although what he feels and understands can be shared, it can never be given away.