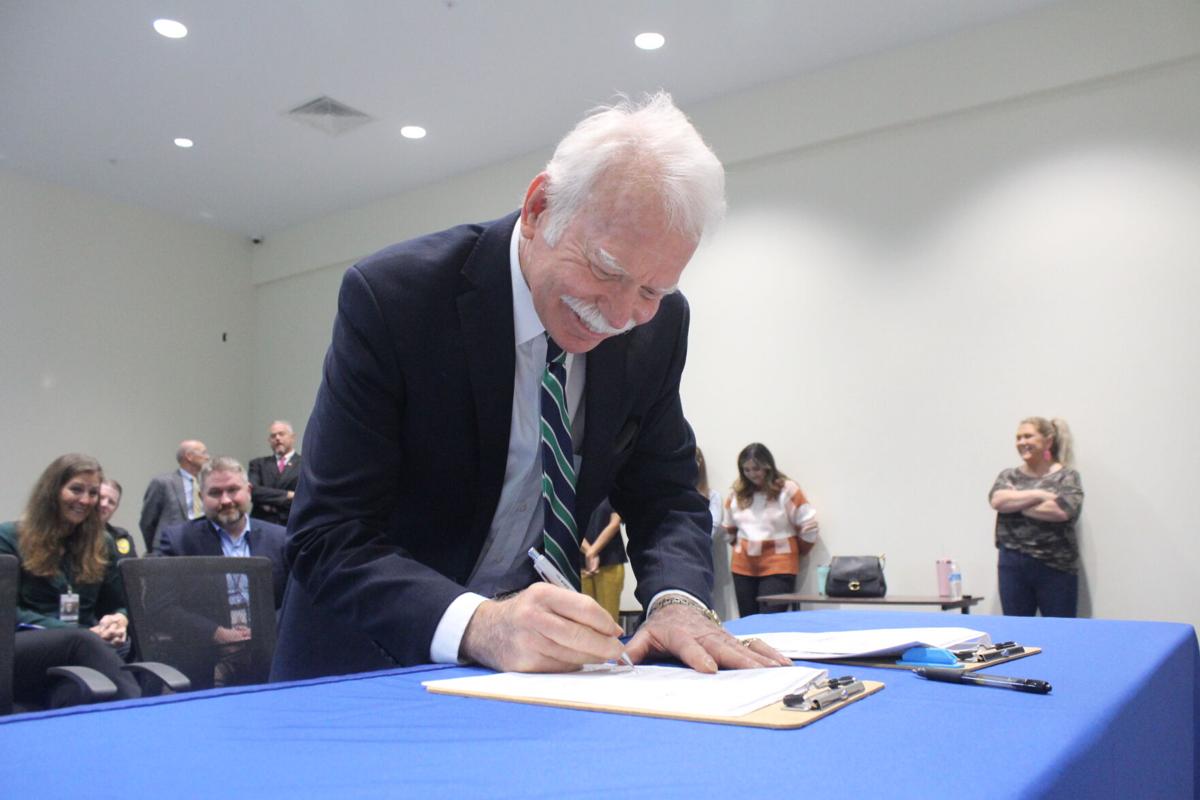 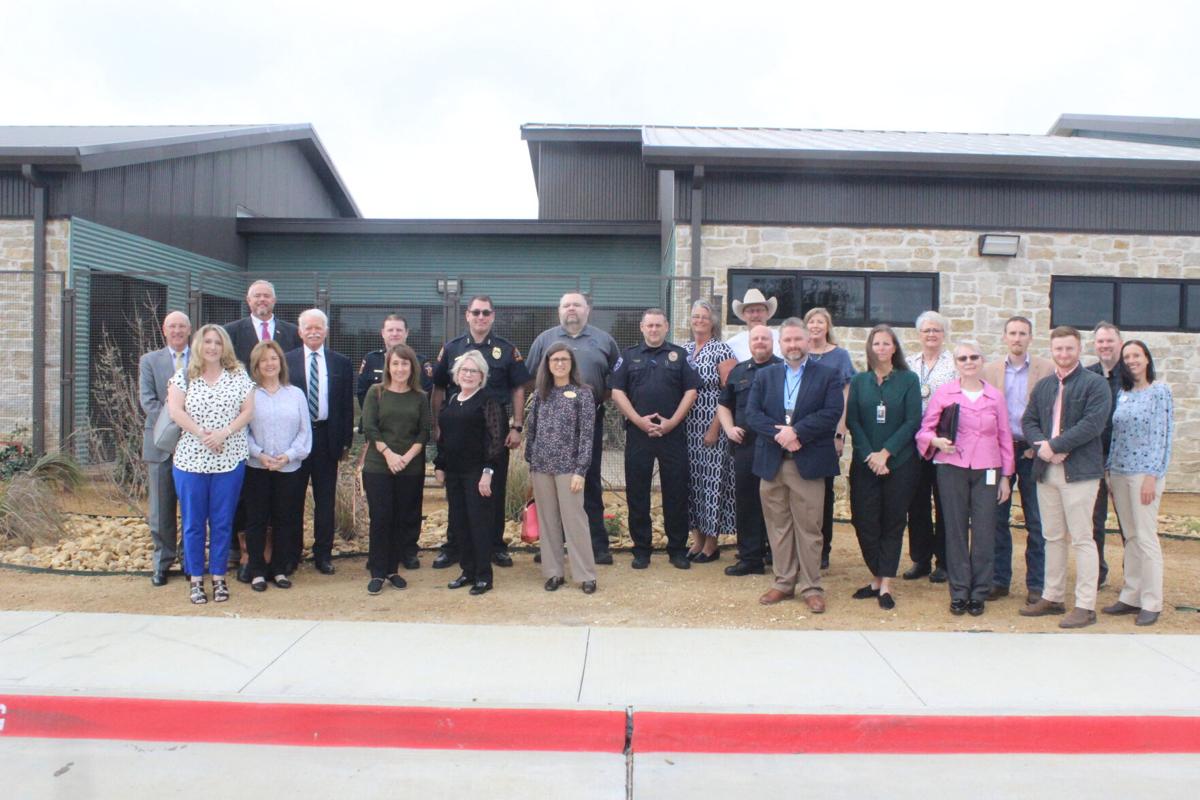 Members from area law enforcement, court and other agencies gather Tuesday morning at the Children’s Advocacy Center of Johnson County to sign protocols addressing sexual trafficking of children. The various agencies partner to assist victims of sex trafficking and other crimes involving children.

Members from area law enforcement, court and other agencies gather Tuesday morning at the Children’s Advocacy Center of Johnson County to sign protocols addressing sexual trafficking of children. The various agencies partner to assist victims of sex trafficking and other crimes involving children.

Representatives from area law enforcement and other agencies gathered Tuesday morning at the new Children’s Advocacy Center of Johnson County in Cleburne. For several attendees, the event provided their first visit to the partially and soon-to-be fully opened center.

The attendees were on hand to sign newly released protocols for child sexual trafficking.

“The protocols lay out a written process of how we and all of our partner agencies work cases that involve sexual trafficking of children,” CAC Executive Director Tammy King said. “The protocols came about through months of work and input from all the agencies involved. We’ve always worked these cases, but the protocols provide a more formalized process to help ensure we’re all on the same page and also the benefit of some added agencies we’re working with.”

“We can’t do this by ourselves and we believe in the team model,” Morris told representatives from the partner agencies present. “Your inputs helped create this document so thank all of you for all your help.”

The new protocols compliment rather than replace CAC and the other agencies efforts toward battling child sex trafficking, Morris added.

“They’re a steady, strong branch of the tree in how we serve kids in Johnson County,” Morris said.

Johnson County Sheriff Adam King was on hand as were representatives from several area police departments including Cleburne, Grandview, Mansfield and others.

Grover praised the efforts of Morris and others involved toward bringing the protocols about.

Unbound, Hennip explained, walks with victims in their “healing journey” for as long as it takes. Through working with law enforcement and other partner agencies, Unbound advocates work to fill the gaps and needs of victims.

“All our advocates are masters degreed professionals who have all been trained,” Hennip said.

The organization’s One Safe Place Center in Fort Worth offers 24-hour assistance to victims through numerous services. Unbound advocates are also trained to “respond in the field” to emergency situations involving sex trafficked and other victims.

“The work done by everyone here is super,” Hanna said. “These cases are the most difficult. They are just nightmares. But, working collectively, we work through these tough, tough decisions and situations.”

Tammy King described Janet Hanna as “someone who’s helped a lot of children and families” through the years.

CAC’s next My Safe Space project will be carried out in memory of Janet Hanna, Tammy King said.

“The My Safe Space Project is a project we do for children who have suffered significant, prolonged abuse in their own bedrooms,” King said.

For a child, returning to their home or bedroom often triggers memories of their abuse.

“That’s very problematic in trying to help that child heal,” King said. “So what we do is the community comes together to join staff and the board and we go in and completely gut those rooms and they are completely redone. Everything from stripping the floors to repainting to doing window treatments, whatever we’ve got to do. And, we’ve learned in therapy that the kids really love and enjoy that so it’s probably one of the most significant things we get to do to help kids heal.”

King thanked also members of the Cleburne and Keene police departments, the Johnson County District Attorney’s Office and others for helping them move from their former to new location.

As of now, some of the work of CAC continues to be conducted in their former offices while some offices have already moved into the new, larger facility.

Workers were present Tuesday morning completing finishing touches on the new facility but King said a date of the official opening should be announced soon.

Following the signing of the protocols, King led attendees on a tour of the new building.