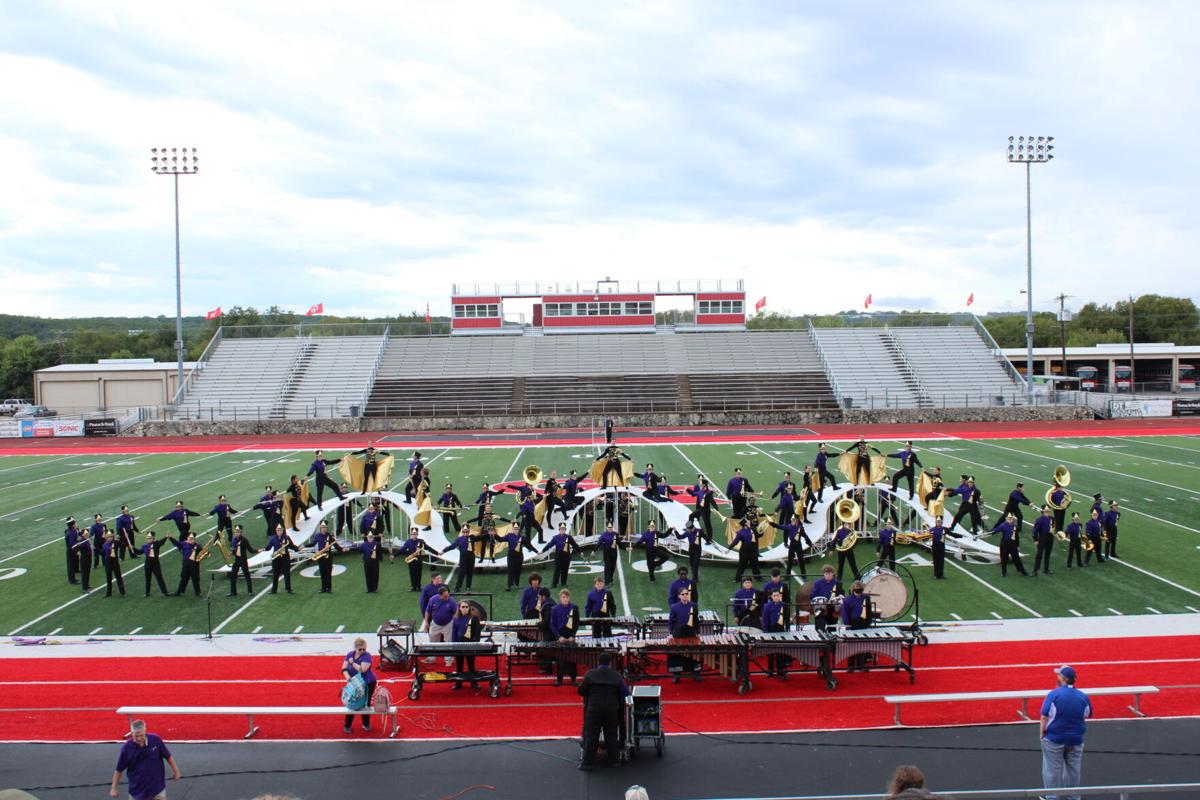 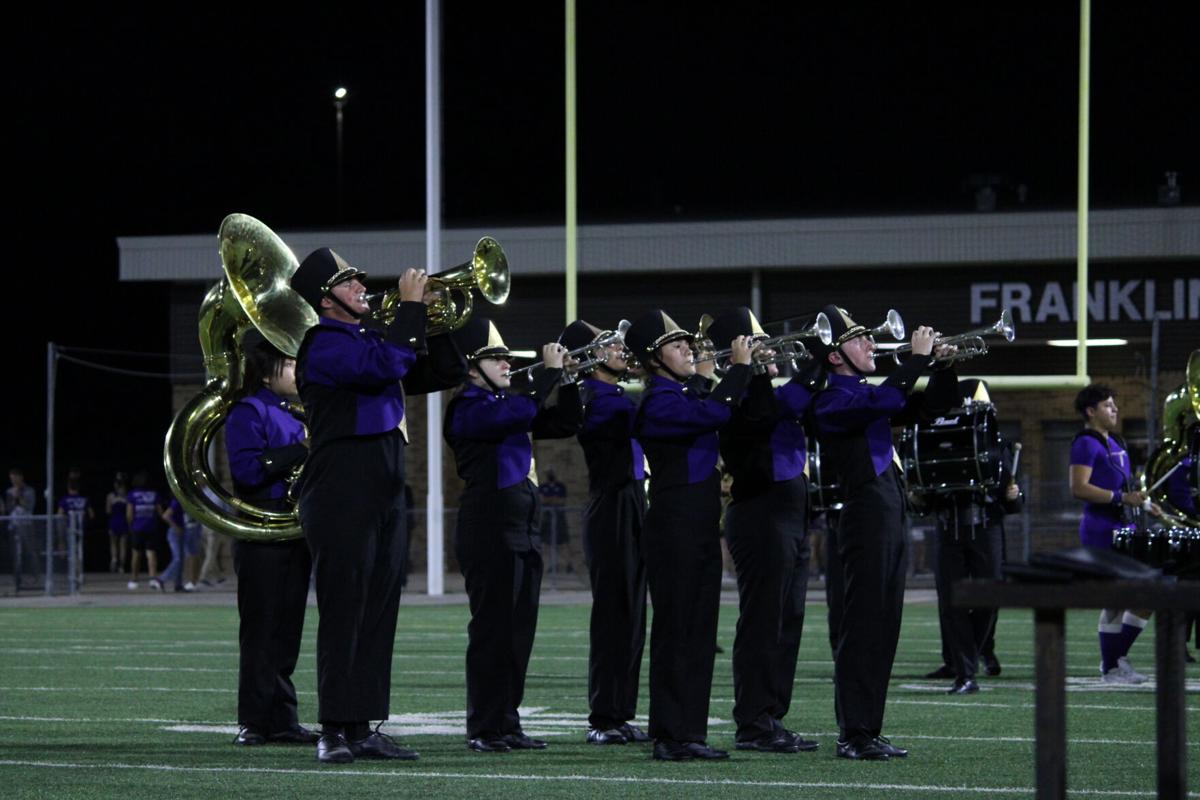 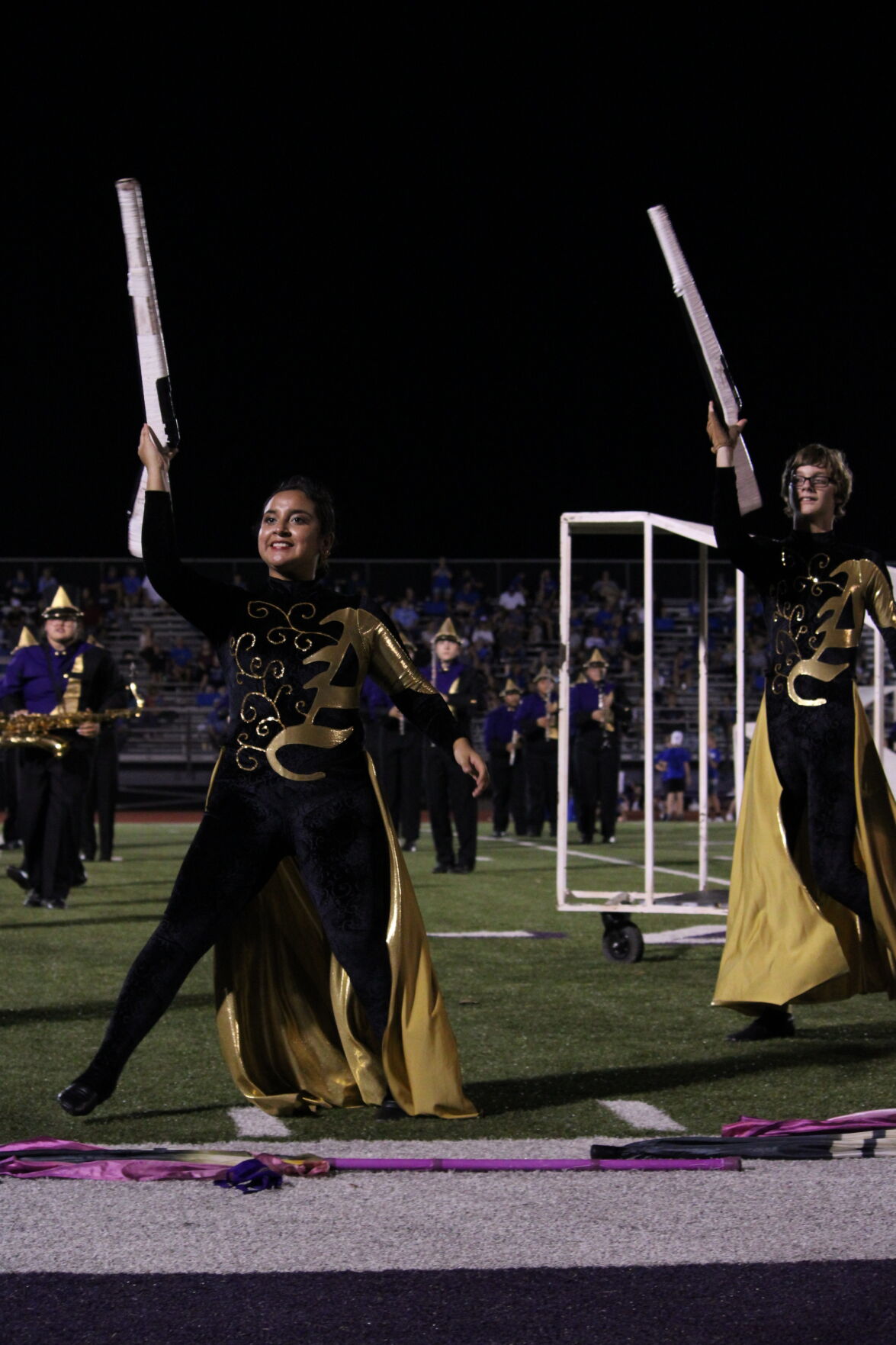 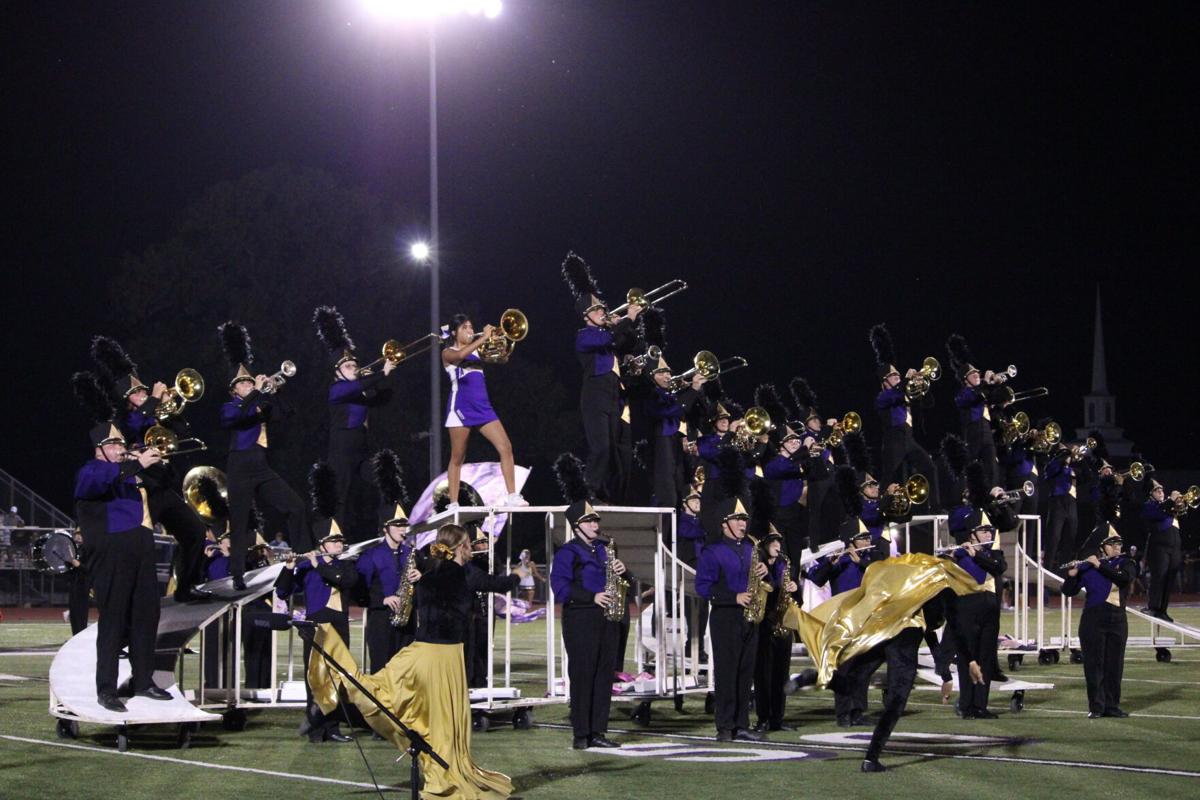 The Golden Warrior Band competed at the UIL area marching competition in Pflugerville on Oct. 30, placing eighth out of 31 bands with a total of 56 points in the preliminary round and tied with Fredricksburg in the final round placing fourth with a total of 23 points.

“That runthrough was not perfect, but it was the most accurate, the most energetic, and the most expressive that it had ever been,” Alvarado Fine Arts Coordinator Estelle Murr said. “There are 15 minutes where you are on, and you can imagine how many individual moments take place over the course of 15 minutes. When you multiply those individual moments by 117 performers on the field, you’re talking about hundreds of thousands of things that can go wrong, but in that one moment it was brilliant and magical.”

The show this year for the Golden Warrior Band is titled, “Connected,” which is centered around the props being disconnected in the beginning and coming together in the end.

“I believe that this accomplishment is a product of the legacy that past and current band members have built and continue to maintain,” Alvarado Band Director Patrick Dietz said. “This year we had amazing music arrangements, a fantastic show concept, players with phenomenal abilities, and everything just clicked.”

The process for the show “Connected” originally began in December of 2019, with the intention of performing it in 2020, but was postponed because of COVID-19. This gave an advantage to Alvarado as it provided Dietz and Murr with more time to develop the show.

The band first began practicing for marching season in July but they were faced with the challenge of having to practice without Dietz, who was absent due to medical complications, and Alvarado’s Assistant Band Director Daria White, who was on maternity leave for the entirety of summer marching band.

Fortunately, Murr, and Assistant Band Directors John Rindom and Jim Alexander were able to come together and lay the foundation for this year’s marching season through summer band camp.

“It was really interesting coming in when I came off of my maternity leave to see where the band was and being able to jump right in to help them achieve their fullest potential was thrilling,” White said.

The hours of preparation put into marching season is a factor that both the band directors and the performers believe has been the key to success for this year.

“I think a lot of people underestimate the difficulty and intensity of marching season,” senior co-color guard captain Osmara Hernandez said. “Practicing eight hours a week for an eight-minute show is extremely challenging for 117 kids.”

Senior french horn player, Ellyse Ledbetter, said she believes the mutual respect and civil environment found within the Alvarado Golden Warrior Band has contributed towards their success by creating a healthy environment for everyone to excel while creating tight-knit bonds.

“Knowing that my coaches are there to provide me with mental and emotional support while pushing us to perform to the best of our ability is something special that I am constantly thankful to have in my life,” junior color guard member Chyna Baker said.

This historical accomplishment for the Golden Warrior Band has produced a nonstop buzz of excitement among the student body at Alvarado High School.

“I was so proud of everyone after we got off the field, but as soon as we found out we were going to state, everyone started crying,” senior first lieutenant color guard captain Staci Parrot said. “Getting to experience a moment like this during my senior year with a community I cherish has made me more grateful for bonds I have built and the hard work I have put in these past four years.”

A plethora of emotions has exploded across the entire band and has rippled into the community.

“You always think about what you would do when you accomplish big goals,” senior baritone xaxophone player Christopher Garcia said. “And there’s this colliding feeling of overwhelming joy and shock that never really sinks in, but it fills you with happiness.”

This accomplishment has sparked a new conversation among band directors and members about the kind of future they want to build for upcoming members of the Golden Warrior Band.

“I really wish to build a positive environment where winning isn’t the most important thing, but where people know that hard work is appreciated,” senior clarinet player Braelyn Thiele said. “I feel like this achievement might be misinterpreted as a standard for upcoming high schoolers, but it shouldn’t be seen as that, instead it should be used as motivation to chase that feeling.”

The Golden Warrior Band is not only looking forward to performing in the Alamodome, but they are also excited about getting to watch the other bands that have qualified for state.

“I’m looking forward to seeing the other bands and what the rest of the top 10% bands in the state look like,” senior flute player Elizabeth Clampitt said.

On the other hand, the band directors and color guard coaches are looking forward to seeing the potential that will be unlocked once the Golden Warrior Bands takes the field at the Alamodome.

“I want to see the kids step it up another notch,” assistant color guard director Valerie Smith said. “I know they have it in them to pursue a higher standard once we get to the Alamodome.”

In light of the historical accomplishment, Alvarado ISD canceled school Wednesday and Thursday so that district staff and scholars can go support the Golden Warrior Band in San Antonio.

The Golden Warrior Band will leave for San Antonio today and will perform in the preliminary round at 11:45 a.m. Wednesday.