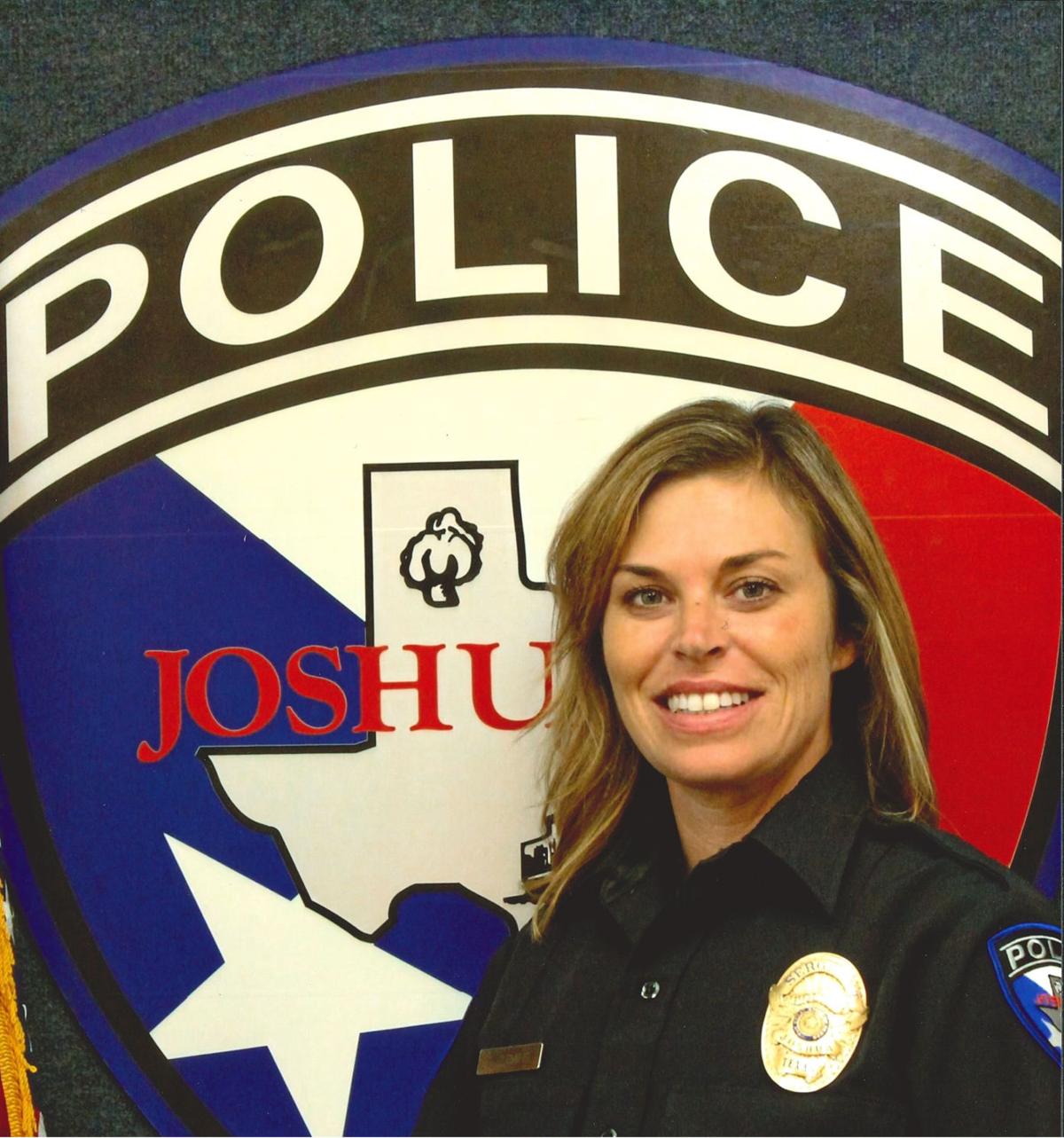 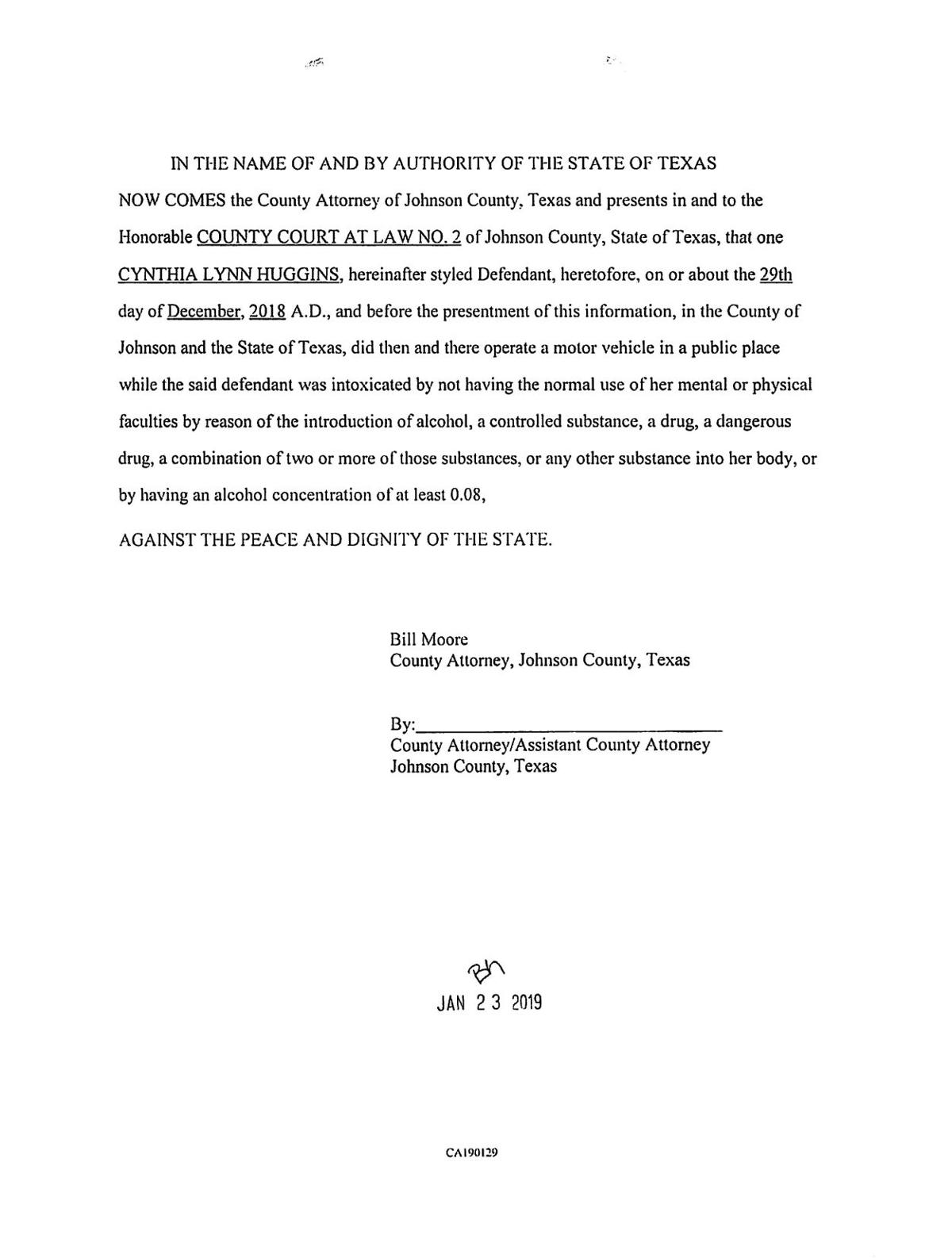 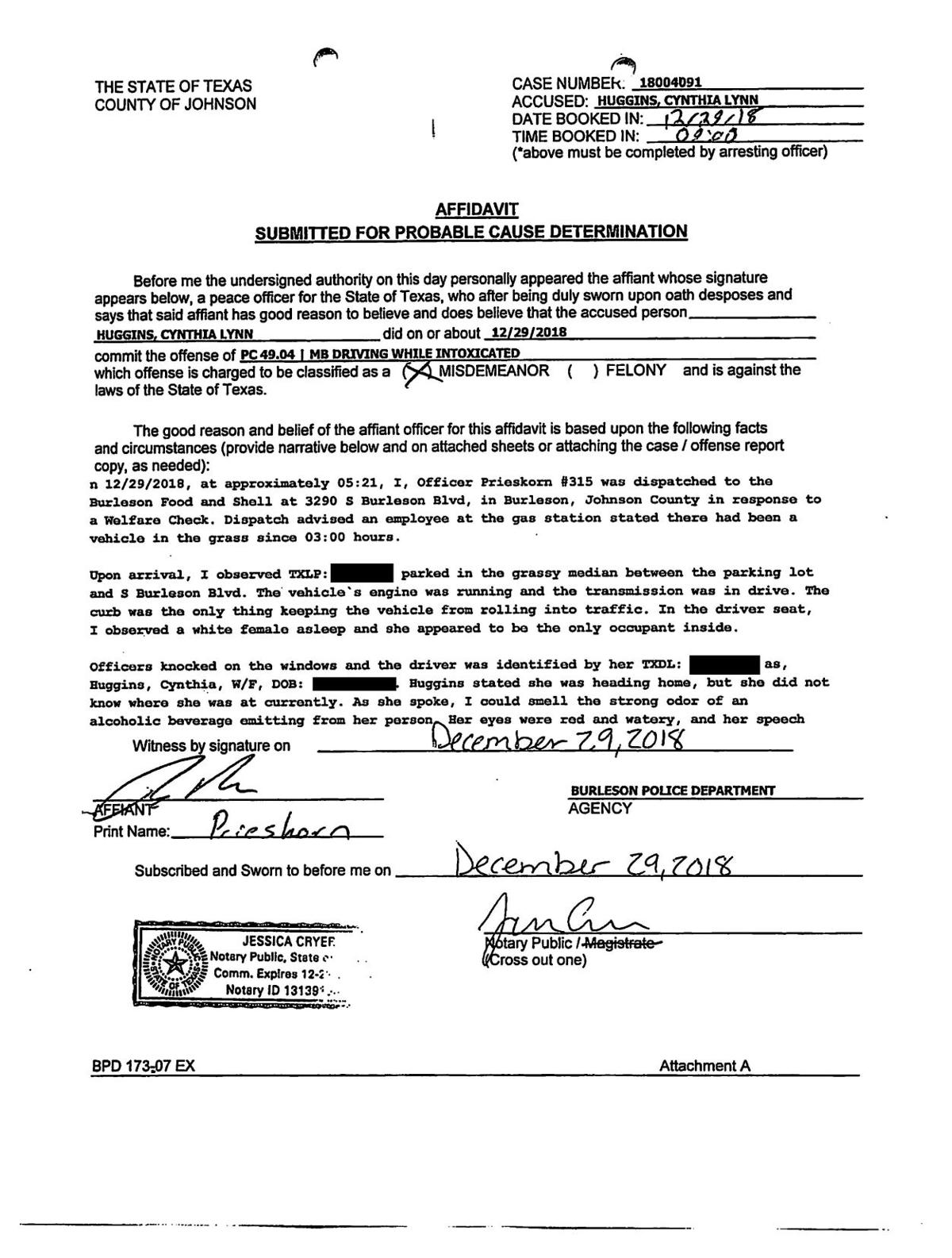 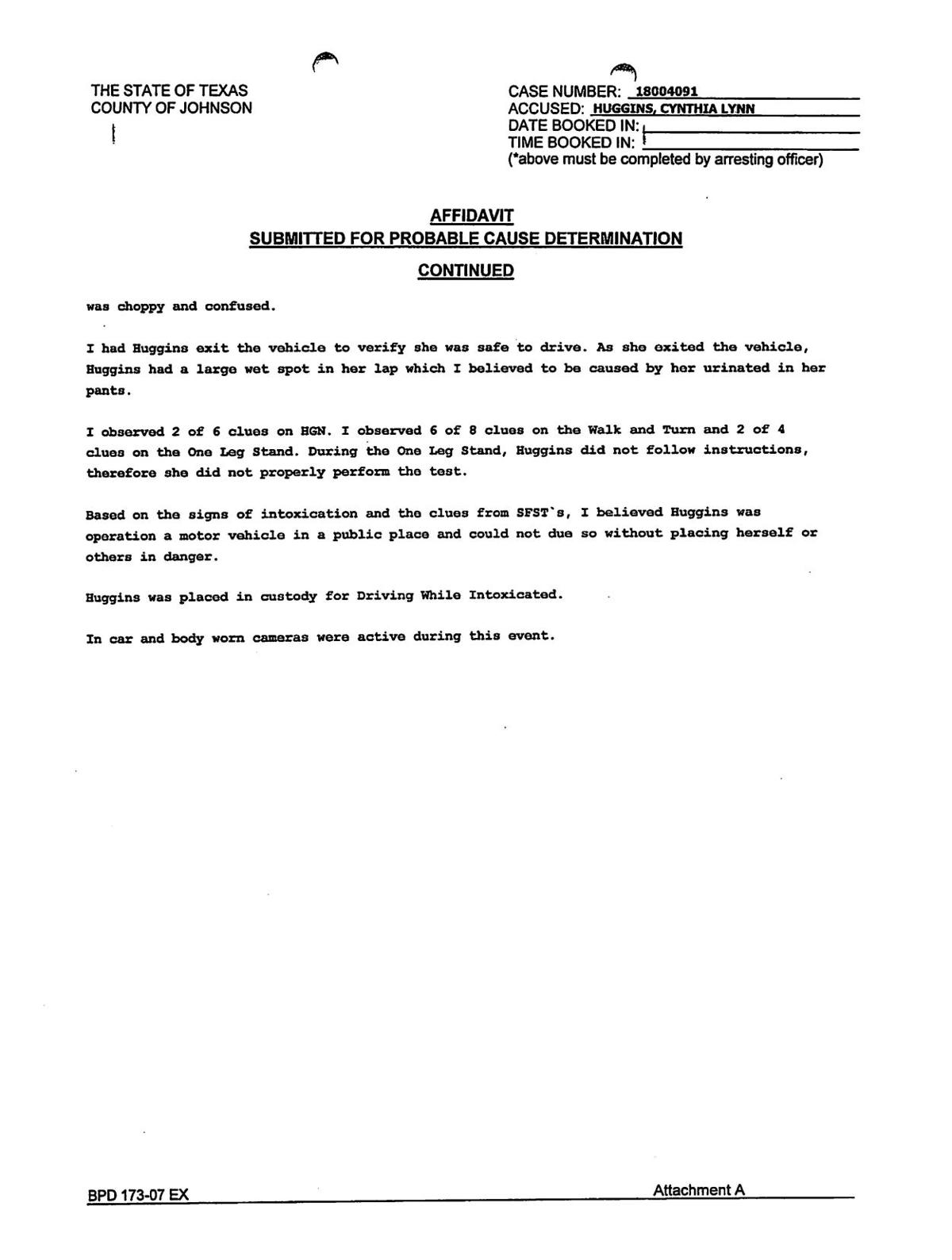 A former Joshua Police Department officer on Tuesday entered a plea of guilty to driving while intoxicated, stemming from a December arrest.

According to a probable cause affidavit, the Burleson Police Department on Dec. 29 responded about 5:20 a.m. to a local gas station  in response to a welfare check.

An employee of the gas station said a vehicle had been parked in the grass since about 3 a.m.

Upon arrival, a police officer found the vehicle parked in a grassy median between the parking lot and South Burleson Boulevard.

According to reports, when the officer approached the vehicle the engine was running and the transmission was in drive. The officer also observed a female, identified as Cynthia Huggins, asleep in the driver’s seat.

The officer noted that the curb was the only thing keeping the vehicle from rolling into traffic.

When officers knocked on the window, Huggins said she was heading home, but did not know where she was.

“As she spoke, I could smell the strong odor of an alcoholic beverage emitting from her person,” the report reads. “Her eyes were red and watery, and her speech was choppy and confused.”

An officer asked Huggins to step out of the vehicle for a field sobriety test.

“As she exited the vehicle, Huggins had a large wet spot on her lap which I believed to be caused by her urinated in her pants,” the report reads.

Huggins was arrested for driving while intoxicated and a judge set her bond at $500.

“The Joshua Police Department conducted an internal affairs investigation into the allegation resulting in that employees assignment to a non-law enforcement role,” he said.

Short said she is now an administrative assistant.

A pre-trial hearing for a jury trial was set for Tuesday, but instead Huggins took a guilty plea.

“It is essential employees meet departmental expectations that warrant the trust, confidence and responsibilities of their positions,” Short said. “Yesterday’s criminal case has consequences administratively and the department is assessing those implications.”

Huggins, in late 2018, was named coordinator for the Johnson County Crime Stoppers.

Among other duties, coordinators work with the county’s various law enforcement agencies, funneling tips to the appropriate departments.

Calls made to Crime Stoppers to verify if Huggins is still serving in that role were not returned by press time.