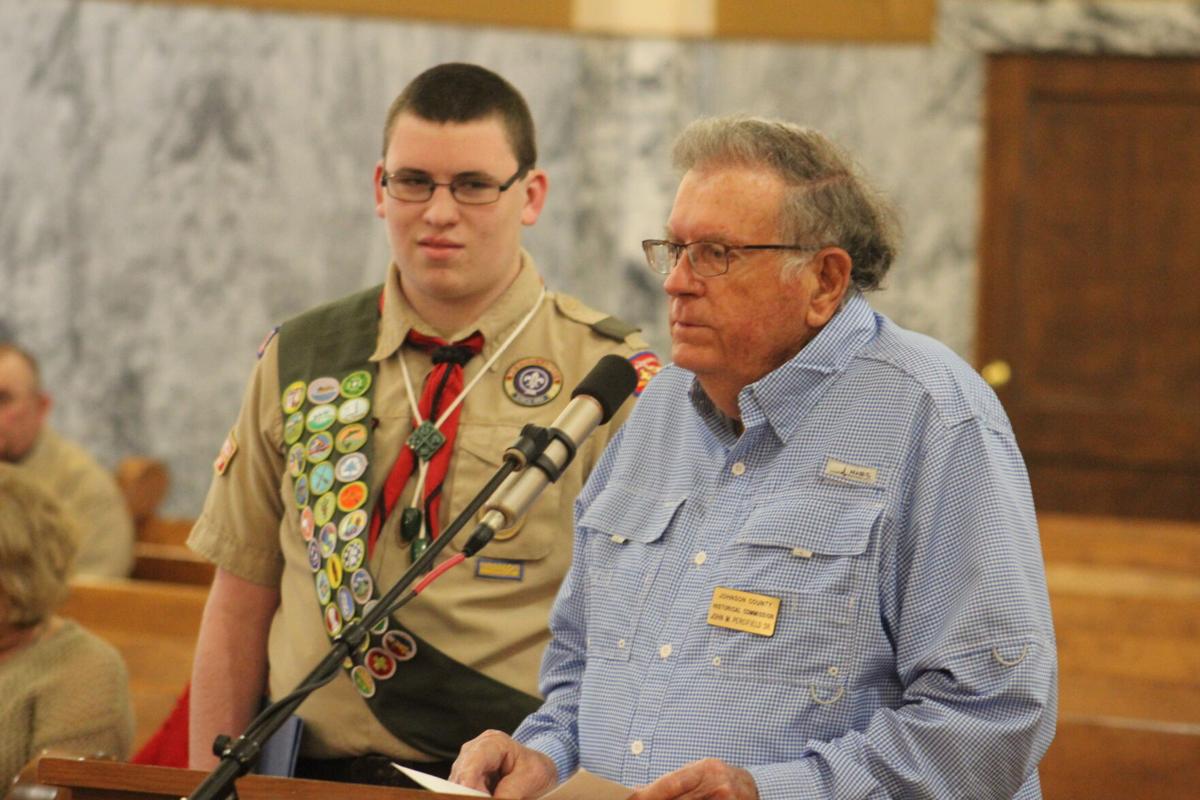 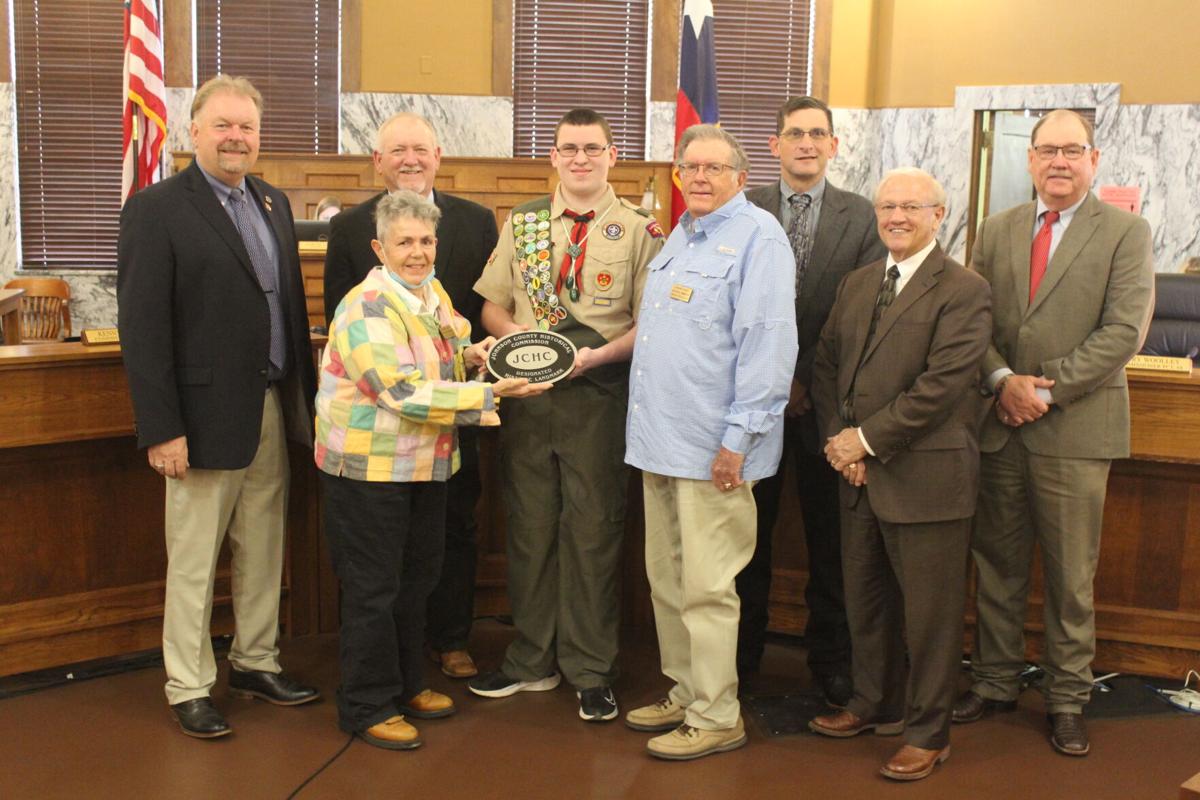 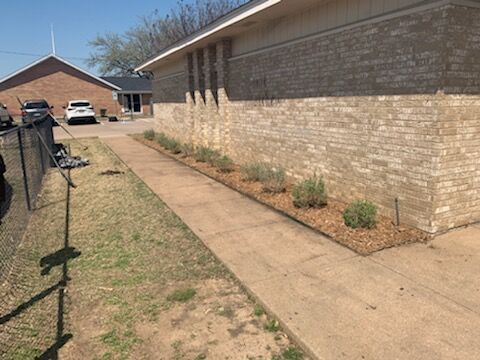 On Monday, William Dunaway of Burleson was honored for his scouting accomplishments.

“We hear so many negative things about young people in our country today,” County Judge Roger Harmon said during the Johnson County Commissioners Monday meeting. “We seem to center on the bad things sometimes. But there are good things too and it’s important that we see and recognize that in our young people coming up.”

“We’re honored to have this young man with us today who is completing work on his Eagle Scout badge, which is the highest you can go in scouting,” Percifield said. “It takes a lot of dedication and patience to accomplish that and, for a young man in today’s world, that’s quite an accomplishment.”

Dunaway, a member of Troop 11, updated commissioners on his Eagle Scout project.

“When deciding on my project I decided I wanted to give something back,” Dunaway said.

“I’ve attended there since I was born and my family has attended even longer,” Dunaway said.

Dunaway installed new plant beds on the church grounds and applied to the Johnson County Historical Commission for historic recognition of the church.

“On the original church site there were five flower beds and William pretty much gutted them out and redid them, gave them a face lift,” Dunaway’s mother, Melissa Pate said. “That took five bags of topsoil, 108 bags of mulch and 60 Texas sage he put in the flower beds so a lot of hours went into that.”

“I just think of all the emotions he went through to work toward and accomplish this major award,” Pate said when asked her thoughts on her son’s achievements. “Eagle Scout is rare for scouts to achieve. It’s just very humbling and an honor. I don’t really know how to put it in words other than I’m just speechless and it’s like I’m in awe.”

Nita Redmon with the Johnson County Historical Commission presented a commission plaque to Dunaway, which will soon be affixed to his church.

“We were so proud of that too,” Pate said. “We took the plaque to the church after commissioners court so that they can hang on to it. A date hasn’t been set yet but there will be presentation with the church and members of the historical commission to officially put the plaque on.”

“We’re certainly very proud of you,” Howell told Dunaway. “Eagle Scouts are hard to find because it’s a hard achievement to reach. It’s very challenging and hard to get through all the requirements to reach that point.”

“Not only achieving Eagle Scout but all those merit badges on your sash,” Woolley said. “Those constitute quite a few hours of training and work too. It takes hard work and it takes good leaders to help you along.”

To that end, Dunaway credited his Scoutmaster Rick Badgero, and others who influenced and helped him along the way.

Pate added that Dunaway will graduate from high school in 10 weeks and will likely pursue a career in computers.

Pate said that, with her son’s time as a Boy Scout drawing to a close, she’s unsure whether he will remain involved with Scouting in some other way.

“I don’t know,” Pate said. “But he loves camping and the outdoors so I’m curious to see where that will take him.”

Ella Mae Walker of Midland passed away April 14, 2021. She is survived by daughter, Etta Hulsey and husband, Moss; grandson, Tyler; and other family.