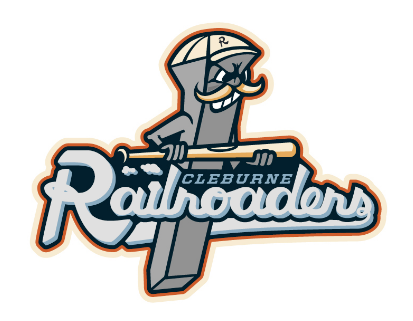 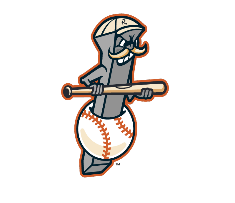 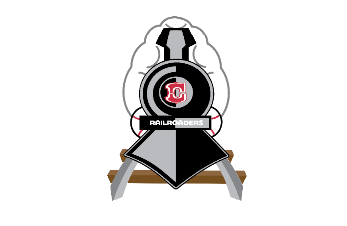 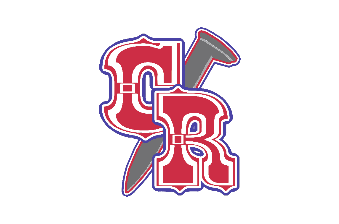 Robbie Fenyes, president of the Cleburne Railroaders Baseball team, announced the results of the team’s logo contest on Friday.

About 60 submitted entries into the community-wide contest to determine the logo for the Railroaders return to Cleburne.

In the end judges chose three of the logos, the primary one coming for J.J. Lillagore, a Cleburne firefighter.

“Through J.J.’s submission, the Railroaders have identified our mascot, a railroad spike, and our color scheme for the team’s colors, which will be navy and orange,” Fenyes said. “The mascot, affectionately named Spike, will soon roam the ballpark and the community.”

“J.J. has successfully captured the essence of Railroader baseball and current minor league baseball logo trends, which will well represent our community and the continued tradition of baseball.”

Cleburne native and country singer Randy Rogers, who is also one of the team’s owners, gave Lillagore’s submission two thumbs up.

Fenyes thanked all who participated in the contest.

“We were pleased by the interest and participation, pleased with the results it yielded and we look forward to other community involvement opportunities.”

Two submissions from Cleburne resident Ed Pruitt were chosen to serve as alternate logos. One depicts a spike fronted by the letters CR, the other an oncoming locomotive.

“Ed’s entry is a symbolic tribute to the original Railroaders and a tradition established in Cleburne via the Santa Fe Railroad,” Cain said. “Ed captured the theme of The Depot, Railroaders baseball and western flair with his creative font selection and inclusion of a steam engine and railroad spike.”

The Railroaders will display all three logos on team gear, merchandise and marketing material, Fenyes said.

Work on the stadium, known as The Depot, is underway and set for completion later this year. The Railroaders are set to begin play next year.

Season tickets will go on sale Monday. Several season ticket packages are available as well as half- and mini-season packages. Of the Railroaders’ 106 game season, 53 games will be played at home.

Season tickets range from $550 for premium reserved home plate seating, with prices of $450 and two for one at $550 also available.

Special packages on the grass berm for 10 to 25 games begin at $42. Suites will also be available.

To learn more about seating, seat locations and pricing, email tickets@railroaderbaseball.com beginning Monday. Information will also be available on the Cleburne Railroader’s Facebook page and at Twitter.com/TXRailroaders.

The team’s official website, www.railroaderbaseball.com, is scheduled to launch soon.

“This is tremendously exciting for us to bring this opportunity to Cleburne and the surrounding communities,” Fenyes said. “We know this day of having tickets available has been eagerly anticipated and we look forward to meeting our goal of providing affordable, family friendly entertainment and bringing families together with great baseball in a great venue.”

Single game tickets, which will run about $6 to $12, will be available as the stadium draws nearer to opening.