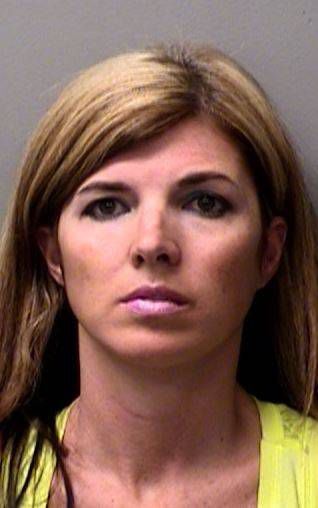 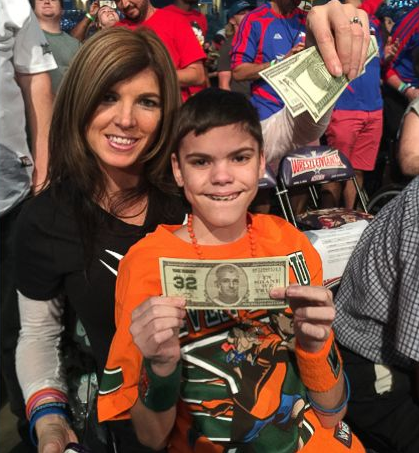 Investigators of the Crimes Against Children unit in Fort Worth say a Cleburne mom whose “terminally ill” son received thousands in donations was actually the victim of his mother’s Munchausen Syndrome by proxy.

Danita Tutt, 40, is accused of causing serious bodily injury to her son, Colby, by lying about his medical history to the boy’s doctors, prompting the boy to undergo unnecessary surgeries and being placed on unneeded pain medications, according to the Star-Telegram.

Colby and his younger brother were taken into custody by Child Protective Services in May after a report was made to the state agency.

According to the report, claims were made by medical staff at the Ronald McDonald House of Fort Worth, where he had been receiving palliative care since April 21.

“Mrs. Tutt is an attention seeking type person and enjoys the attention she gets for having two medically fragile children,” the allegations included, according to CPS documents obtained by the Star-Telegram. “There are concerns that she may end Colby’s life. There are concerns for the safety of his sibling.”

When removed from his mother’s care in May, an arrest warrant affidavit obtained by the Star-Telegram states Colby weighed 51 pounds, had a feeding tube, a central line and a colostomy bag and was on several pain medications.

Now, he eats only by mouth, has gained approximately 10 pounds and has had his central line and colostomy bag removed, states the affidavit, written by Crimes Against Children Detective B.W. Kesler.

Tutt’s attorney, Christopher Cooke, disagrees with the allegations, according to the Star-Telegram.

“This lady has literally devoted her life to taking care of this little boy and his medical problems,” Cooke said. “... In our opinion, there’s no way the allegations against Mrs. Tutt are true. There were too many people looking over her shoulder — physicians, family, friends. I literally have 25 affidavits sitting on my desk attesting what an outstanding individual she is.”

Born at 27 weeks, Colby weighed 1 pound, 3 ounces, and measured 9 inches long. He spent six months in the Neonatal Intensive Care Unit before he was allowed to go home

The Times-Review published in article in April after friends put together a benefit to raise money for the family. The event included entertainment by Sonny Burgess, the Josh Weathers Band and more.

In the article, Tutt claimed that because of a brain hemorrhage at birth, Colby has 34 separate medical conditions, a list that includes a blood infection, heart condition, kidney disease, short-term memory loss, high-functioning autism and brittle bone disease.

“Last week he was telling us about going to see God and that he has been seeing a light for awhile,” she said in April. “He keeps telling us that he is ready to go to heaven so he won’t be sick anymore. It just gives us peace knowing he is going to be with our savior.”

In addition to the benefit which brought in more than $10,000, other organizations have reached out to the family throughout the years.

Colby became a part of the Fort Worth-based Dream Factory, which grants dreams to critically and chronically ill children, ages 3-18. In 2013, he and his family were chosen to spend a week at Disney World in Florida at the Give Kids the World Village.

In April, Colby received a surprise visit  from World Wrestling Entertainment wrestler Erick Rowan. WrestleMania also arranged for a limo to pick him and his family up to take them to the event at AT&T Stadium.

The family also set up a GoFundMe account to help with medical expenses, which has since been deleted.

A report obtained by the Star-Telegram claims Tutt had already made funeral arrangements for the teen and bought a casket while in palliative care, where she allegedly asked caregivers to give him something that would make him go to sleep and never “wake up.”

But doctors interviewed by police and CPS said Colby is not dying, according to the arrest warrant affidavit obtained by the Star-Telegram.

When removed from his mother’s care in May, an arrest warrant affidavit states, Colby weighed 51 pounds, had a feeding tube, a central line and a colostomy bag and was on several pain medications.

When told of Colby’s improvements since being removed from his mother’s care, Osuntokun told police that the change was indicative of starvation.

“When Dr. Osuntokun was asked if he had seen such a rapid recovery before, he said only in cases of Munchausen by proxy,” Kesler wrote in the arrest warrant affidavit.

“Danita is the strongest person I’ve ever known,” she said. “She is just always at the hospital and she will listen to what the doctors have to say, but if she didn’t agree she would see another doctor to get more answers. She just never settles for what they have to say.”

Injury to a child is a first-degree felony punishable by 5 to 99 years or life in prison.

A Cleburne mom who was arrested in August for allegedly causing serious bodily injury to her 13-year-old son was formally indicted in Tarrant County on Friday.