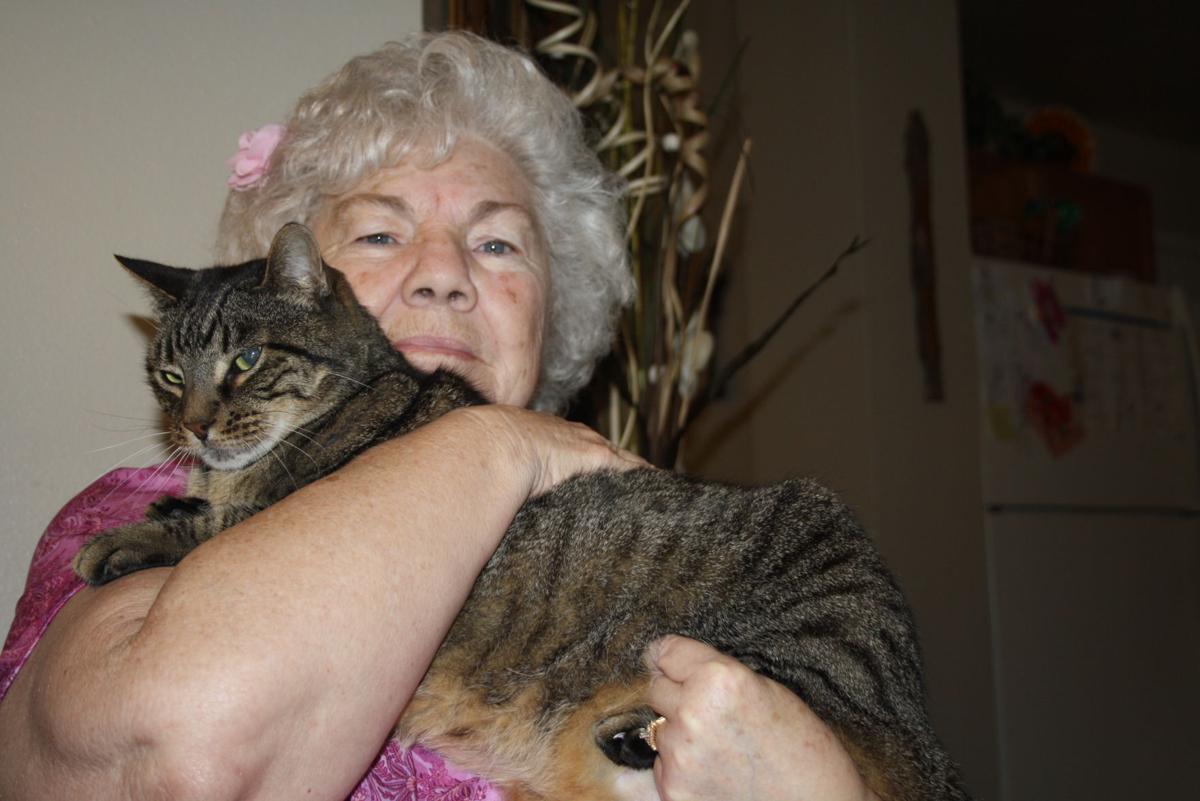 Mary Baker holds Bandit who alerted her friend and cat owner Franz Swayze that Baker had fallen after a drop in blood sugar. 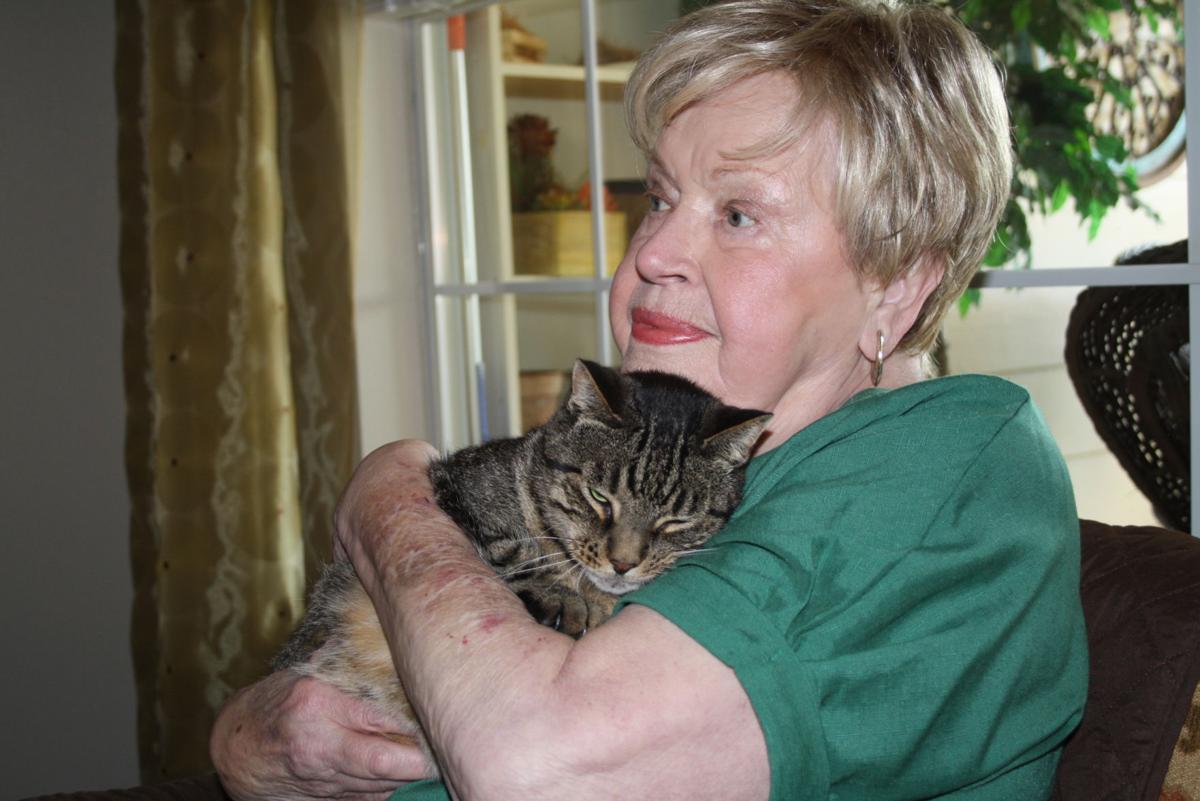 Fran Swayze and her cat, Bandit, helped a neighbor, Mary Baker, when she fell one night. Bandit reportedly alerted Swayze to Baker, who was calling out for help.

Mary Baker holds Bandit who alerted her friend and cat owner Franz Swayze that Baker had fallen after a drop in blood sugar.

Fran Swayze and her cat, Bandit, helped a neighbor, Mary Baker, when she fell one night. Bandit reportedly alerted Swayze to Baker, who was calling out for help.

Bandit wanted to go outside again that night.

Fran Swayze had already taken her cat out on his usual evening walk around her section of the Buena Vista  Senior Community, but Bandit was insistent.

It was about 9:30 p.m., dark, and Swayze and her daughter Marilyn Gravelle, who was visiting, were getting ready for bed.

“Bandit goes to the door and lets out a big ‘meow,’” Swayze said, “and I said ‘no’ and my daughter said, ‘Mother there’s no one out there, what’s wrong?’ So I said, ‘OK.’ So, I opened the door, and instead of him walking around the atrium like he normally does he walked straight down [to the far end of the building.]”

The cat stopped at the far end of the building and was meowing down at something on the ground below. When Swayze investigated, she heard someone calling out for help. In the small garden area on the ground floor a woman had fallen.

At that end of the building, Mary Baker had taken her dachshund Sugar out to take care of business. Once Sugar had taken care of business, Baker was about to go back inside her apartment with the dog “and down I went right by the entrance hall as you go in,” she said.

Baker is diabetic and her blood sugar had dropped to such a low level she ended up passing out. “When I come to, I could see my little dog in the grass right there coming to me and the next thing I know [Bandit, Swayze and Gravelle] are there and I’m saying ‘help me,’ ‘help me’ and my dog didn’t fuss at the cat and the cat didn’t fuss at the dog.”

Though an ambulance was called, Baker decided she didn’t want to go to the hospital. Swayze and her daughter had taken Baker inside a neighbor’s apartment where she was able to drink some orange juice and recuperate from the fall.

Baker didn’t have any injuries from her fall, and for that she is grateful. She is also grateful that a cat perhaps sensed trouble and summoned its inner feline equivalent to Lassie.

That Bandit and Swayze and her daughter found her, she attributes to an act of God.

Of course, the Bible has plenty of stories in which animals act in the agency of God, and Baker said she believes this time that agent happened to be a cat.

Besides helping her out that night, Bandit has also brought together new friends in Baker and Swayze.

At the senior community sometimes socializing is limited to a few neighbors on a floor and occasionally people are just known by their pets, the two women said.

Bandit, who Swayze adopted about a year ago, certainly fits as a pet people know because of his evening walks.

Since her fall, Baker had to give up Sugar to a family friend. She misses the dachshund dearly, but has a new cat friend as well as a new human friend.

“I thank the Lord for my extended family,” she said of living at the senior community. As she scoots in her motorized wheelchair down her section of the building, she greets the people she knows and it seems she knows everyone.

As for Bandit, he does what most cats do. He lounges in the sunlight on Swayze’s back balcony with catlike indifference to the world around him.

“Dogs seem to get all the credit” when it comes to stories about helping people, Swayze said. But she knows better. Cats make good friends too.