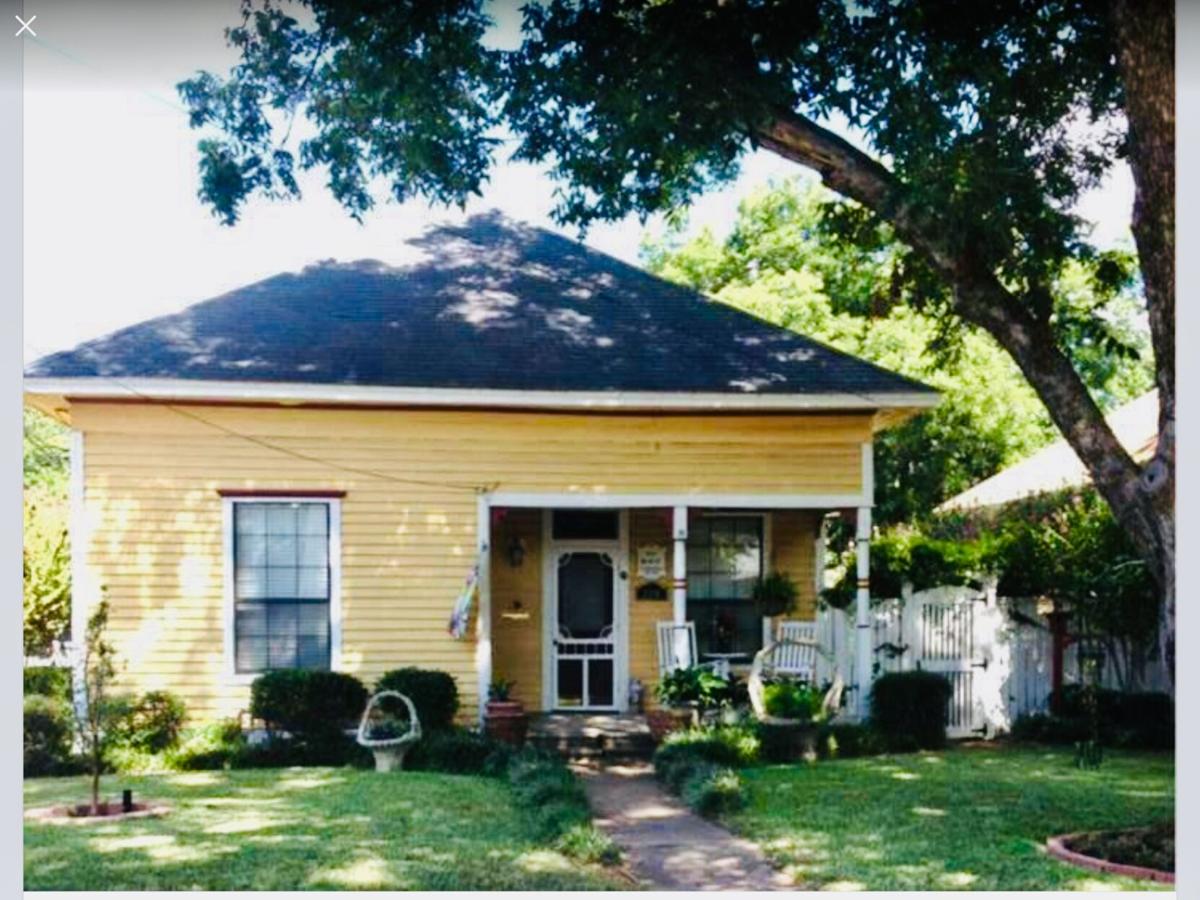 The 1910 Hudson Home at 720 N. Robinson St. is on Save Old Cleburne’s Candewalk Tour of Homes for the fifth time. 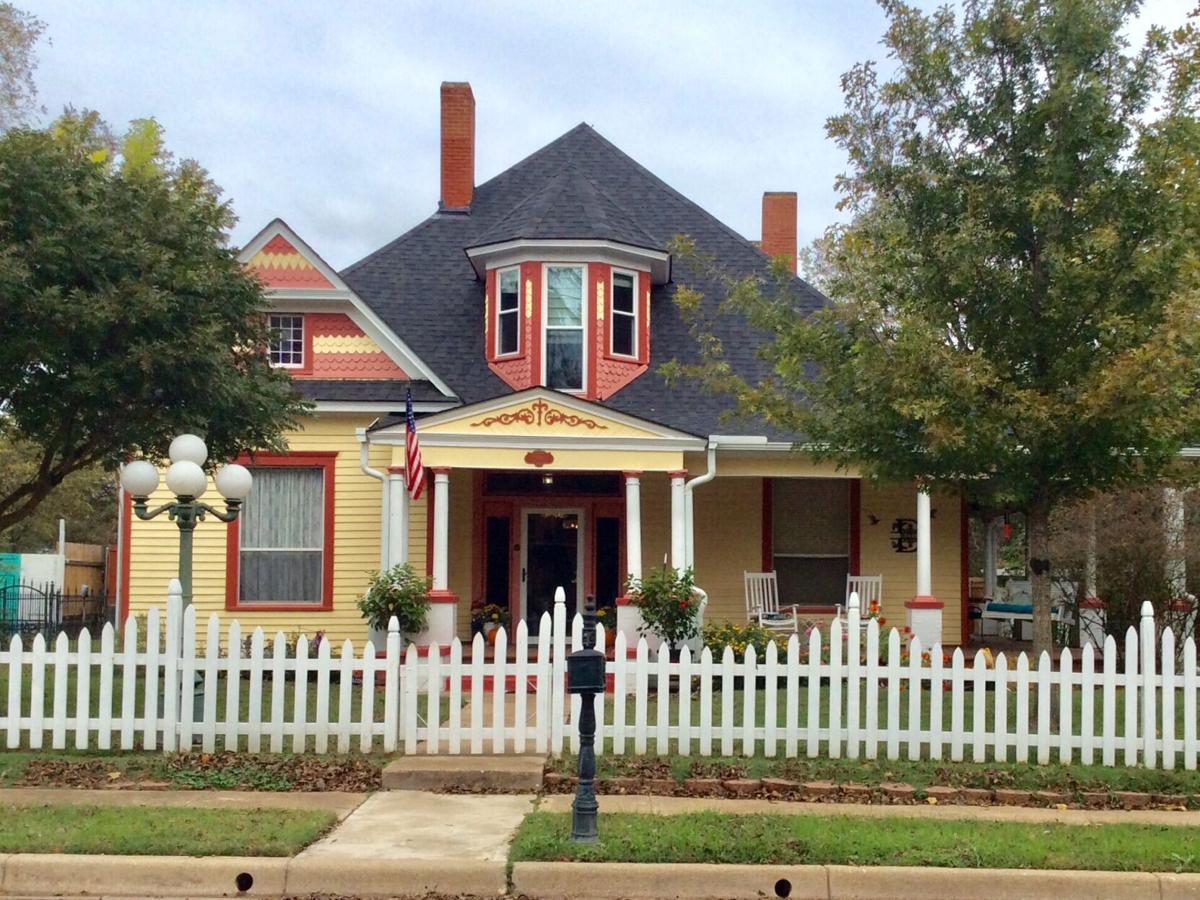 The 1910 Hudson Home at 720 N. Robinson St. is on Save Old Cleburne’s Candewalk Tour of Homes for the fifth time.

Now that Thanksgiving has passed, the Christmas season is in full force. Save Old Cleburne kicks off the festivities with the annual Candlewalk Tour of Homes on Saturday.

Candlewalk is from 1-8 p.m. Saturday. Tickets are $12 pre-sale and available at The Cleburne Chamber of Commerce, the Layland Museum and Heritage Home Vintage Inspired Living, 208 E. Henderson St. in downtown Cleburne.

Tickets the day of the event are $15.

The “Driving Tour of Lights” officially starts Saturday as well and runs through month’s end. The winners of the best decorated homes will be announced shortly after Christmas. Maps of the participating homes for both events are also available.

John W. Hirt settled in Cleburne in 1886 becoming a prominent civic and business leader as co-owner of Hirt & Miller Meat Market at 109 N. Anglin St. After living in an earlier home at 308 W. Wilson St., he and his wife, Sally, replaced the original home with this Queen Anne Victorian.

They started building it in 1905 and finished it in 1907. An artist from Fort Worth was commissioned  to faux finish the wood work throughout the house. He painted roses and a steer in the wood grain on one of the three sets of pocket doors. The home has three fireplaces with original tile and mantels. Three original stained glass windows are in the attic rooms. The home remained in the Hirt family for several generations until 1984.

The home was bought and sold several times, the owners updating, keeping up with repairs and maintenance. Former owners, Mike and Debbie Barber, put the home on the Candlewalk Tour in 1999.

Gary and Roxann Decker, having lived in Burleson and Tarrant County for 29 years, began looking for an older home in Corsicana, Hillsboro or Waxahachie. They kept seeing the home pop up and decided to come to Cleburne and look at it. They purchased the home in October 2020 and have become custodians of this part of Cleburne’s history.

This past year has flown by for the Decker’s modifying the home, adding cabinetry to the kitchen and bathrooms, a dishwasher and master closet addition. The doors, woodwork and hardware are original to the house although some were shifted to other areas to allow updating. Sidewalks were added from the back of the house to the garage.

In Victorian style, the house has a beautiful wrap around porch. The entrance to the home is a grand hall flanked by tall pocket doors opening to a parlor on each side. A formal dining room, kitchen and master suite completes the first floor. Upstairs features three bedrooms, one doubles as a playroom and one doubles as an office.

The first owner of this 1910 Cottage home was a widow, Emily Haendle. She sold the home in 1921 to move to Fort worth to live with her daughter.  The house also had a barn and field behind it. Through the years a back porch was enclosed to create a new kitchen and two small rooms. The exterior of the house is painted in its original paint colors.

Jackie Hudson bought the house in 1977 for $10,500, becoming its eighth owner. He had not thought about home renovation until he married Linda in 1991.

Jackie Hudson, a skilled woodcarver, has his Noah’s Ark on display in the living room as well as his water fowl carvings in the den.

Linda Hudson’s “little girls’ dream” room has two crystal chandeliers, antique dolls and a lighted two story miniature doll house that Jackie Hudson made and gave her as a gift.  The formal dining room is now the “Christmas room” featuring a large tree decorated in blues and silvers. Hand carved rocking horses with leather saddles and manes of horsehair sit among the gifts under the tree. On each side of the tree are family photos dating back to the 1870s.

Off of the master bedroom are two rooms, Linda Hudson’s sewing/quilt making room and Jackie Hudson’s music room. The kitchen leads to the backyard where the original barn is now a wood shop. The yard is immaculate with a lily pond, gazebo sitting area and greenhouse/playhouse.

This is the fifth time the Hudson’s have had their home on the Candlewalk Tour. Longtime Save Old Cleburne members, the Hudsons restored their home in the 1990s, and have this year repainted and refurnished the interior.