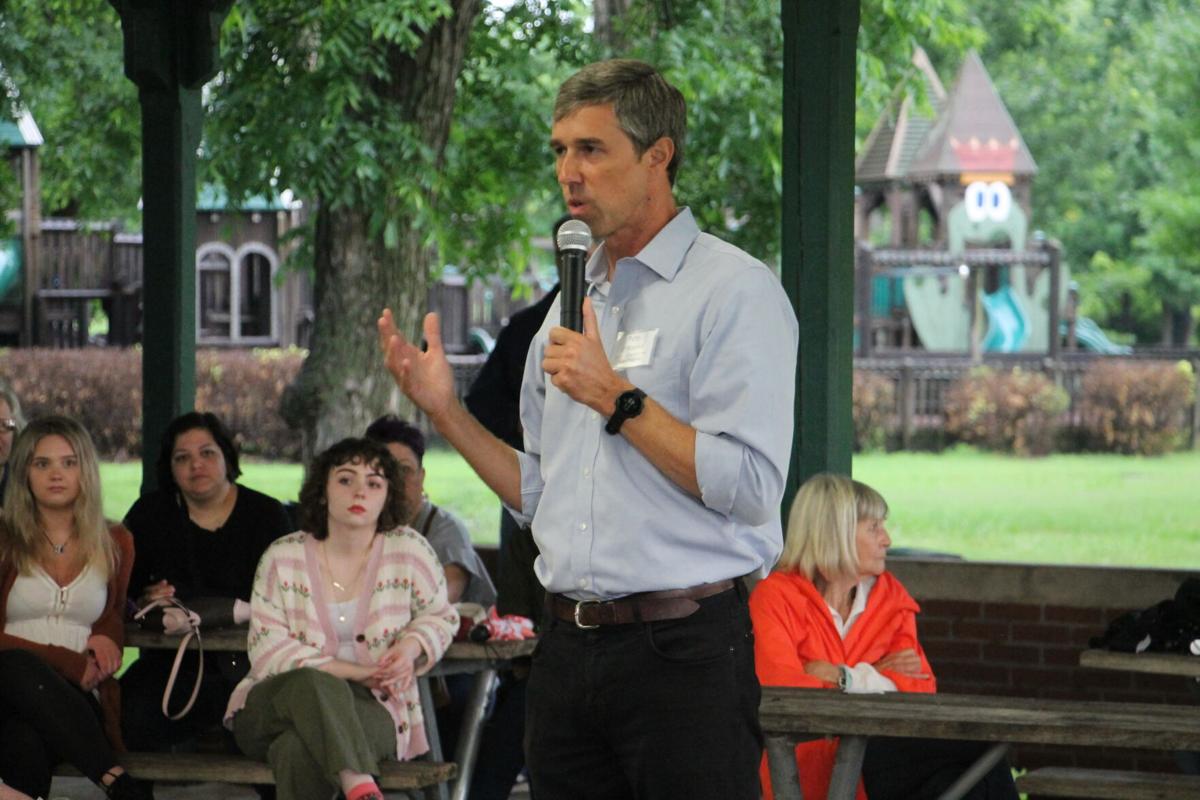 Former U.S. Rep. Beto O’Rourke, D-El Paso, speaks at a town hall event at Leonard Park in Gainesville. The event was part of O’Rourke’s “For the People” campaign. 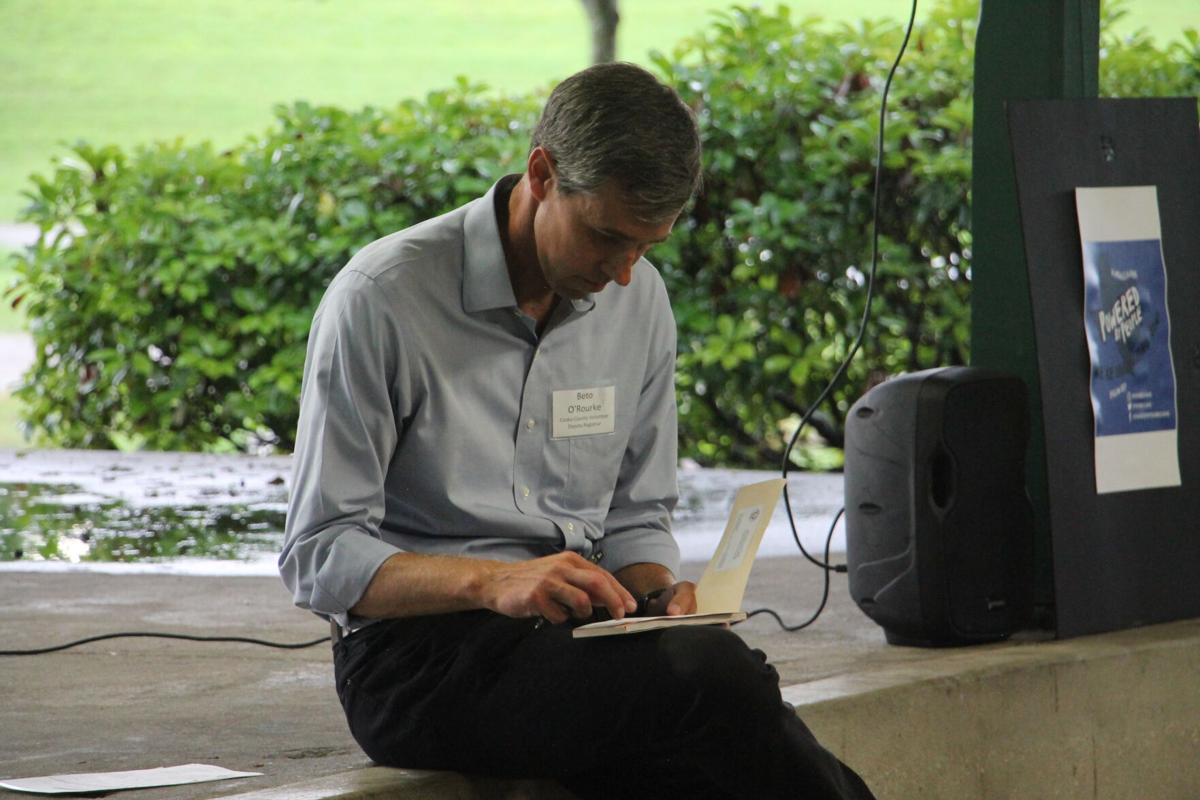 Beto O’Rourke signs a voter registration form from an audience member. O’Rourke signed up as a volunteer deputy registrar in Cooke County, authorizing him to register voters.

Former U.S. Rep. Beto O’Rourke, D-El Paso, speaks at a town hall event at Leonard Park in Gainesville. The event was part of O’Rourke’s “For the People” campaign.

Beto O’Rourke signs a voter registration form from an audience member. O’Rourke signed up as a volunteer deputy registrar in Cooke County, authorizing him to register voters.

GAINESVILLE — Former U.S. Rep. Beto O’Rourke said he doesn’t know if there is another political office in his future — for now, his focus is on voting rights and democracy.

O’Rourke visited Gainesville on Monday morning to host a town hall event at Leonard Park, one of several stops on his For the People: The Texas Drive for Democracy, a tour aimed at promoting voting rights and transparency.

“We want to make sure everyone is aware of what is happening to our democracy right now, with the elections bill that have passed or are pending, like ours here in Texas, that would significantly restrict the right to vote,” O’Rourke said. “That, compounded by the threat of political violence in our elections, and of course the political insurrection attempt on the 6th of January, where five people lost their lives, including a police officer.”

During the last Texas Legislature , which concluded its regular session last week, lawmakers clashed on Senate Bill 7. The Republican-backed legislation put restrictions on voting hours, tightened the rules for voting by mail and increased access for partisan poll watchers.

On May 30, one hour before final approval was to be given to the bill, Texas Democrats staged a walkout, preventing a vote on the legislation before deadline.

“With the lies that are trafficked about our elections and the threat of election fraud, we just want to make sure everyone is aware of what is happening, and also our role in making it right,” O’Rourke said. “Texas [would] reserve the right to overturn elections based simply on the allegation of fraud.

“Whether you’re a Democrat or a Republican, when you vote, you want to know that the ballot cast will go to the intended candidate.”

A special session of the Texas Legislature is expected to occur this summer, and if SB 7 passes, it would be an attempt to dissuade voters from participating in democracy, O’Rourke said.

Another voting bill, this time at the federal level, is the For the People Act, which addresses voter access, election integrity and security, political spending and ethics for the three branches of government.

The bill has passed the House, and if it moves past the Senate, would roll back acts of voter suppression, O’Rourke said, and thus “protect the right of many Americans to vote.”

“We’re not bystanders,” he said. “We’re not simply witness to this. We have a role to play and a responsibility.”

One of those roles includes getting everyone to vote, from simple encouragement to becoming a volunteer deputy registrar, which O’Rourke did Monday in Cooke County. During the town hall, he took a voter registration form from an audience member and signed it, making her officially registered to vote. Another way to get involved is by contacting your local senator or representative, O’Rourke said.

“Whether your state representative or senator wants to personally take your call or not, you can still reach out and let them or their office person know that we do not want them to vote for any voter suppression that might be brought up in a special session,” he said. “But if we’re still a democracy, then they owe their allegiance, their accountability to you — not to their donors, not to their party.”

As for his future plans, O’Rourke says he wants to see his drive through, and figure out where and how he can best serve.

“That might be running for office or it might be supporting others who run for office,” he said. “In some form of public service — in office or otherwise — is what I want to pursue.”

Danny Allen Davis, 69, of Joshua, Texas passed away on Friday, June 11, 2021 in Joshua. A memorial service will be announced at a later date.