Veterans and family members gathered Monday morning on Veterans Day at Cleburne’s American Legion Post 50 to honor and remember the men and women who have served America throughout the years.

“Somebody once asked me what a veteran was,” Webb said. “I said a veteran is a person that made a check out to the United States of America payable for his service and up to his death, whichever. The check still hasn’t been cashed out yet, so we’re still veterans.”

After the opening prayer, Pledge of Allegiance and the national anthem, Sixth District Commander for the Sons of the American Legion Ken Peters Jr. conducted the Prisoners of War/Missing in Action ceremony.

“We’ll never forget our guys that are still missing and not in our ranks,” Peters said. “Again, I thank y’all for coming. We’re not a big crowd, but we’re here for the right reasons”

The place setting of the Military Child’s Table includes a potted flowering plant symbolizing that a military child may “flower and flourish” where they are planted; a hand spade recognizing they may be transplanted to a new place in the world at a moment’s notice; a birthday cake with an unlit candle, ballet slippers and a baseball glove and ball symbolizing special occasions that may be missed; a family photo depicting a child with his/her uniformed parent symbolizing their strength; and an American flag to remind them that families are united in their commitment to national service, at home or away.

The post recognized veterans and their families of those who served in World War I, WWII, Korean War, Vietnam War, Gulf War and the Iraq/Afghanistan War.

Past American Legion Auxiliary President Marty Peters then told the story of the poppy flower and how it played a critical role after World War I.

After World War I, the poppy flower flourished in Europe, she said. Some thought the growth of the flower in parts of Europe came from the enriched lime from the rubble left by the war.

The red poppy came to symbolize the blood shed during battle following the publication of the poem, “In Flanders Field,” she said, which was written by Lt. Col. John McCrae while he served on the front lines.

She also mentioned that the American Legion Auxiliary celebrated its 100th anniversary over the weekend.

Songs representing the five military branches were played near the end of the ceremony to recognize those veterans and their families: “Anchors Aweigh” for the U.S. Navy, “The Caissons Go Rolling Along” for the U.S. Army, “The Wild Blue Yonder” for the U.S. Air Force, “The Marines’ Hymn” for the U.S. Marine Corps and “Semper Paratus” for the U.S. Coast Guard. 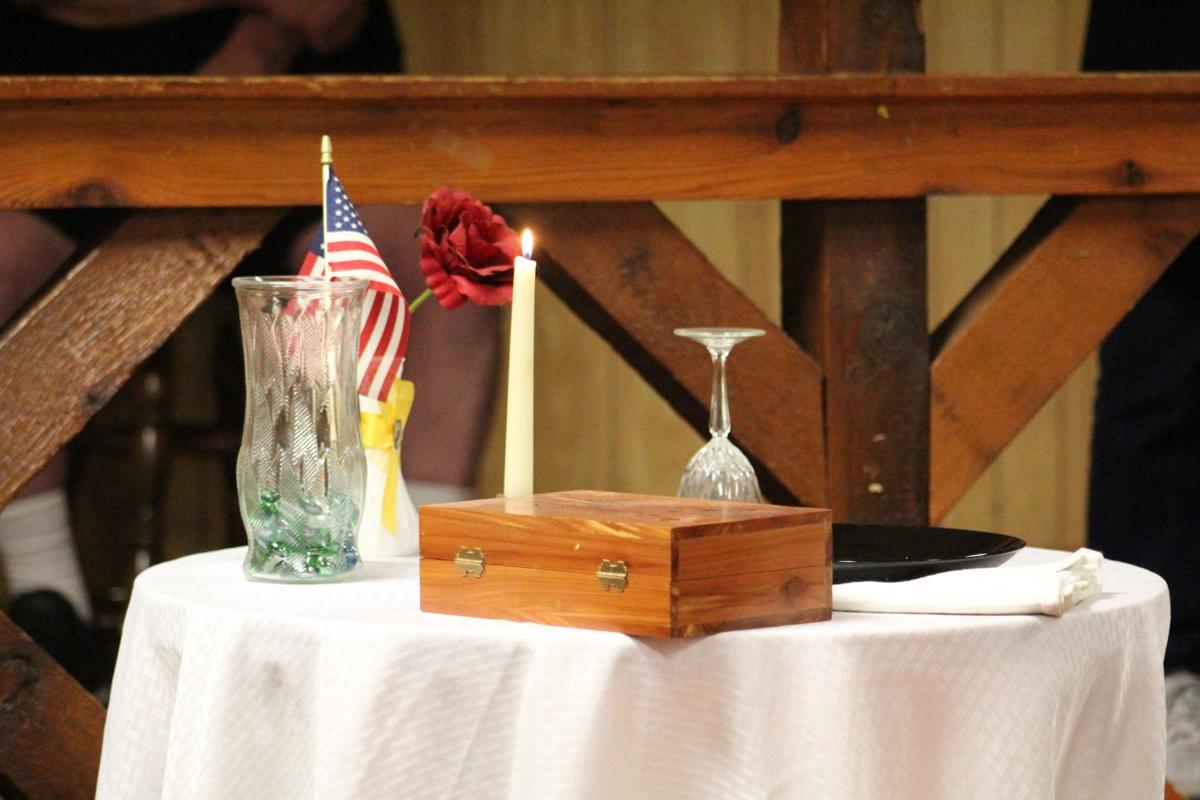 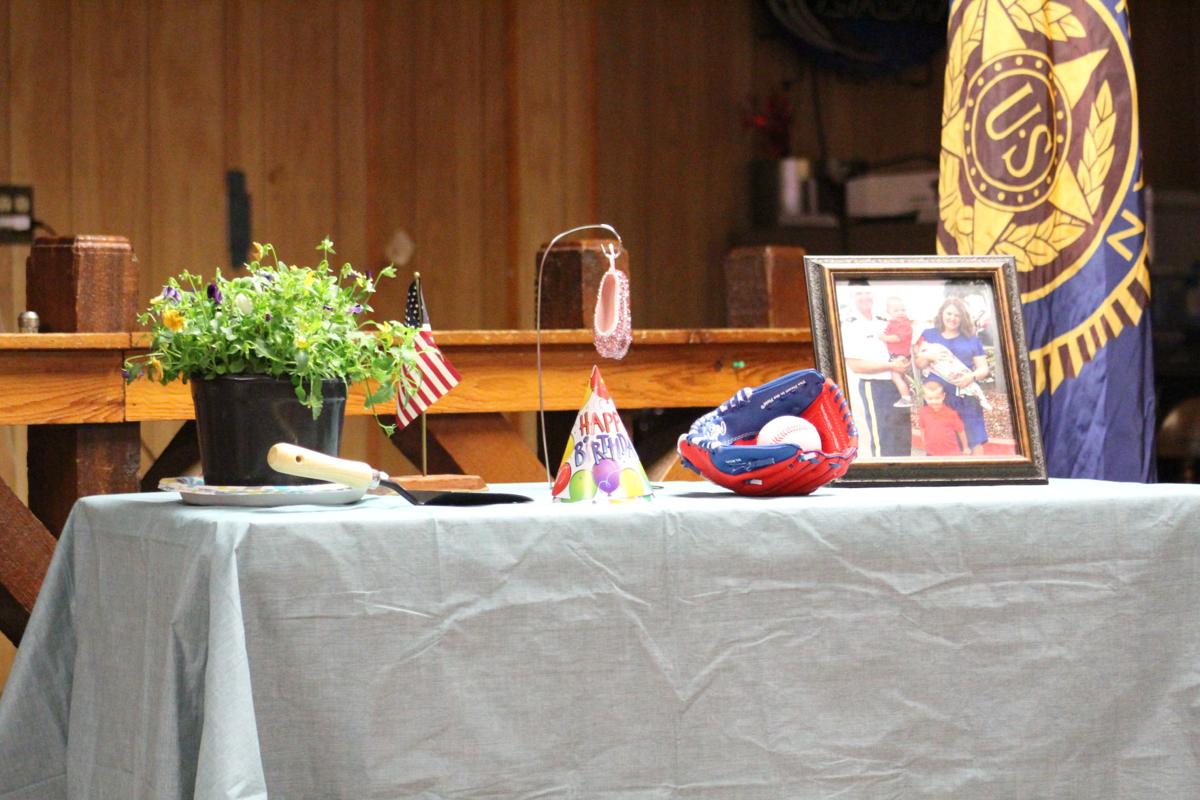 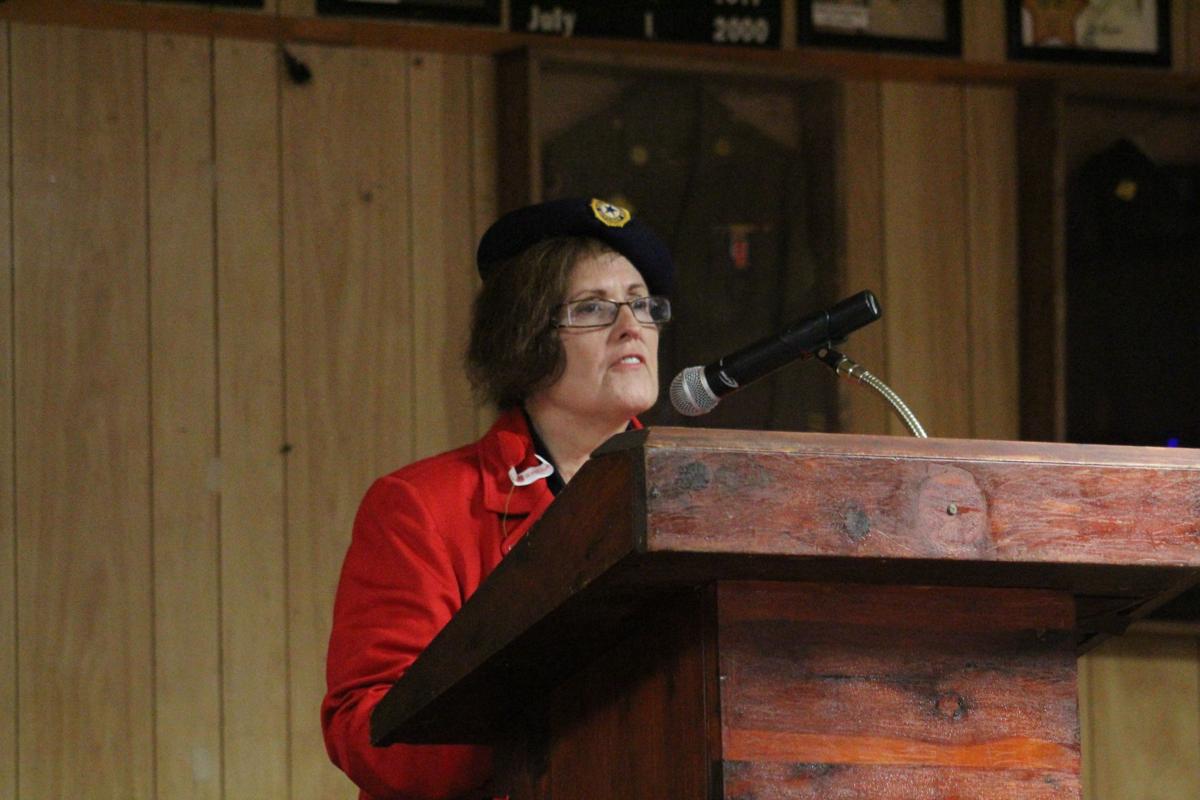 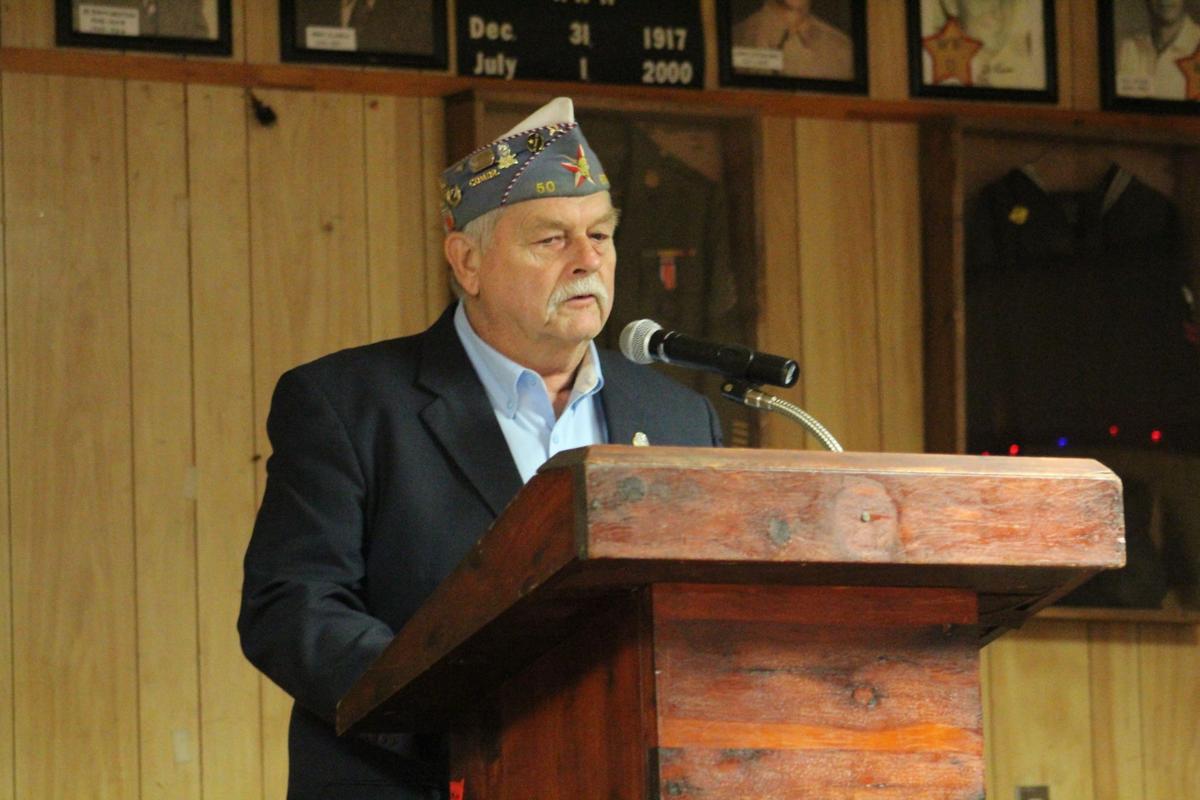 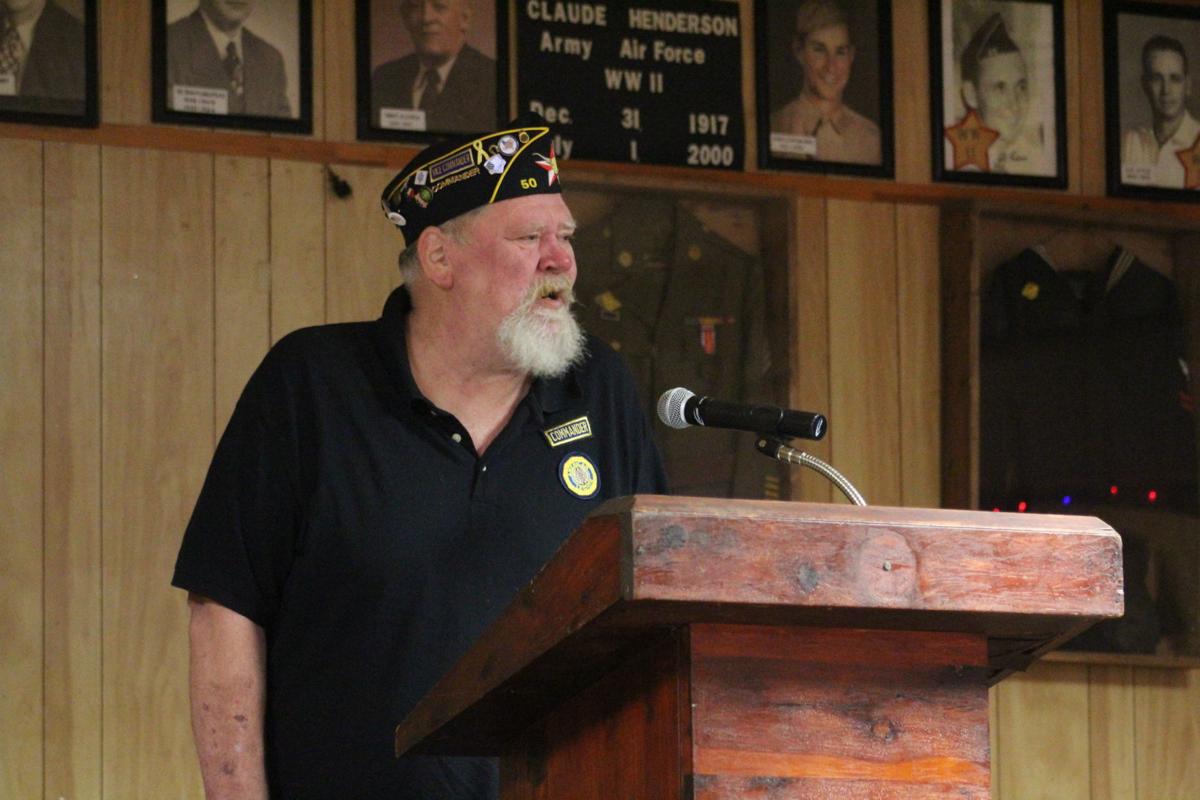