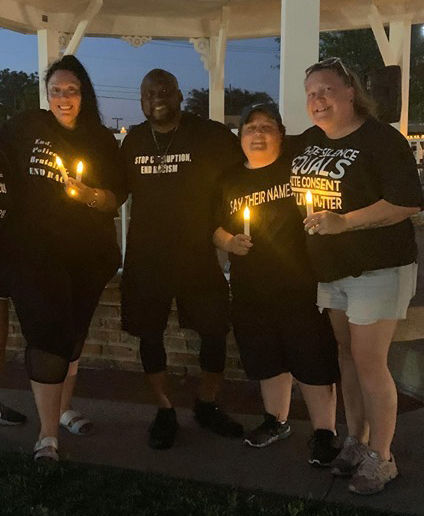 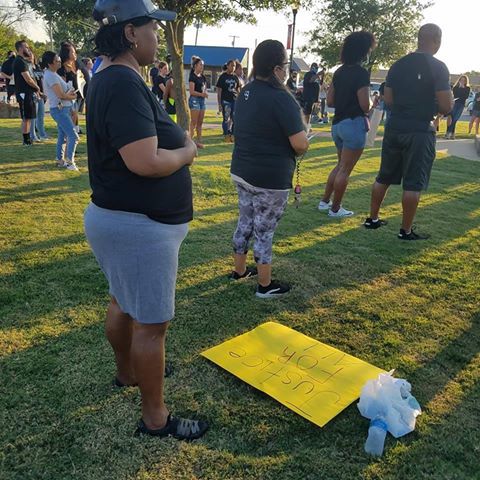 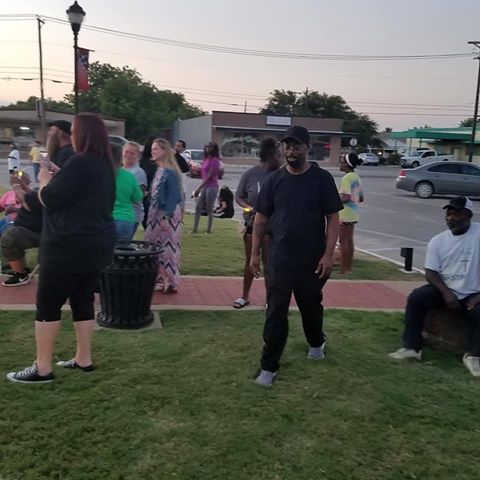 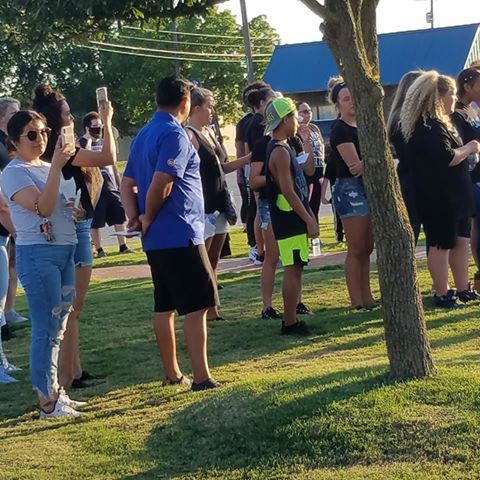 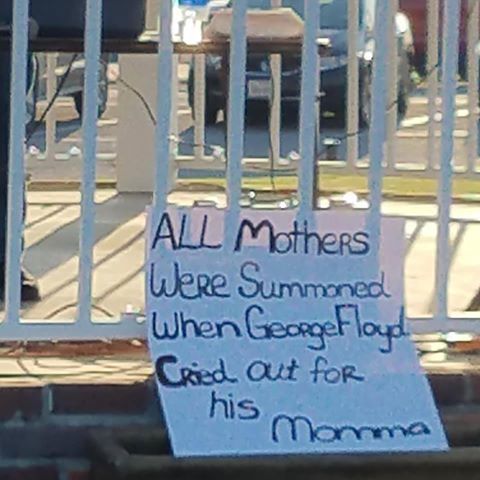 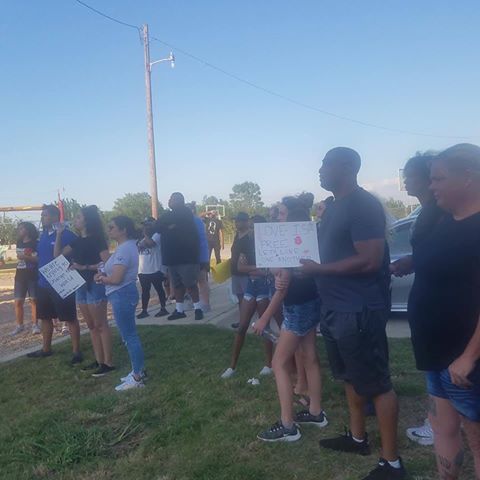 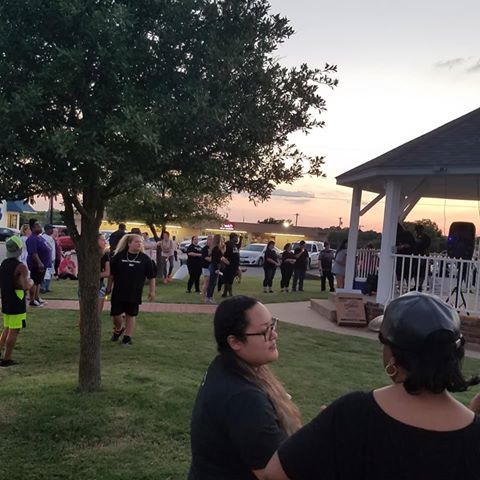 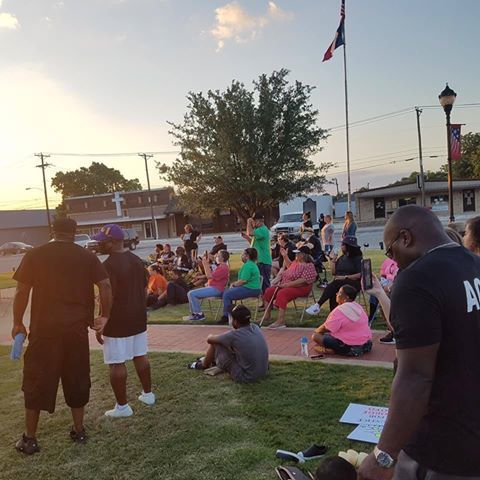 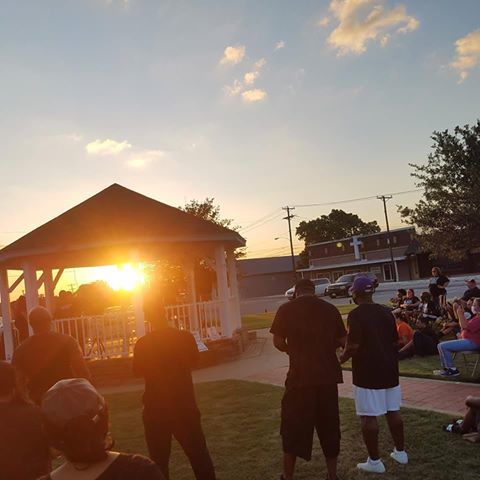 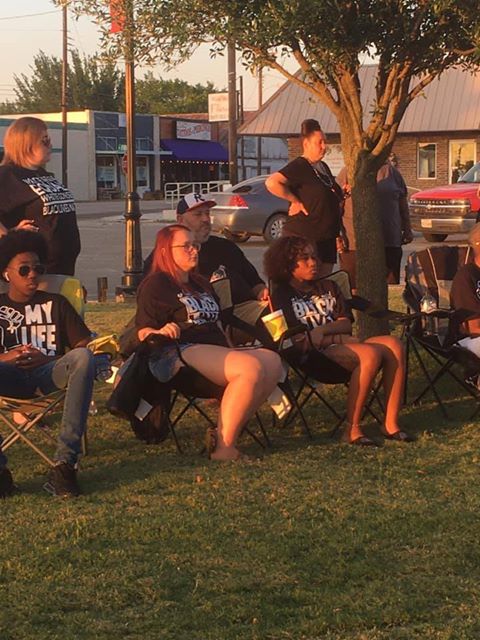 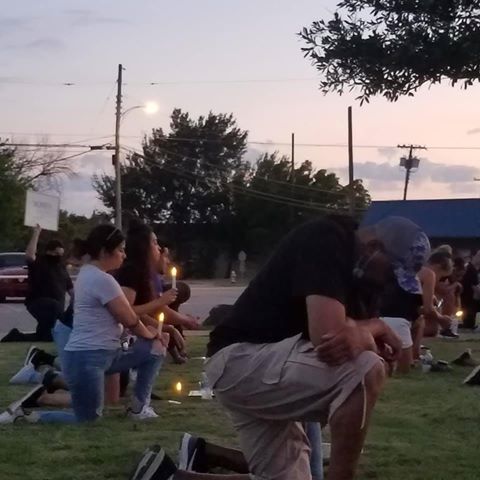 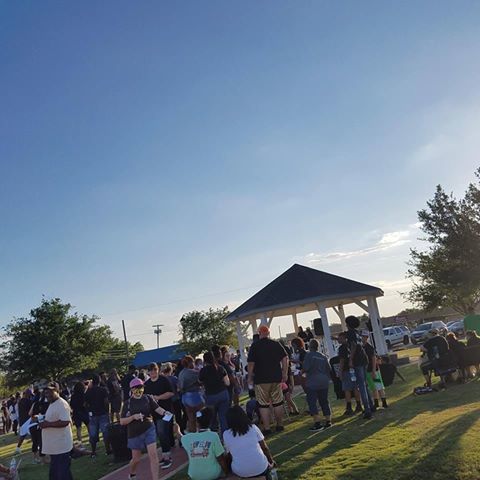 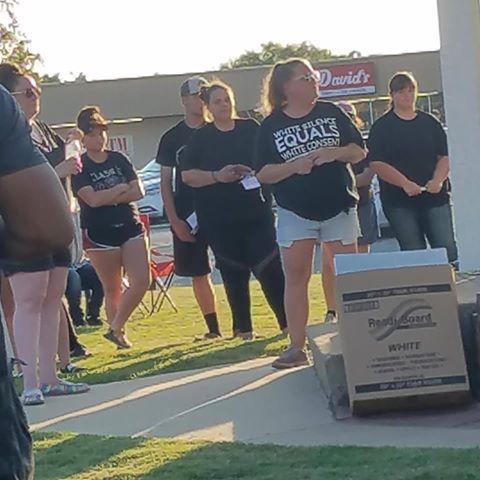 A Sunday march from George Washington Carver Park to Alvarado’s downtown square for a candlelight vigil represented a positive start, event organizer Yolanda Wright said, but also what she and fellow event organizers hope will lead to ongoing discussions of race and community.

The vigil, held in honor of Minneapolis resident George Floyd who was killed by former Minneapolis police officer Derek Chauvin on Memorial Day, drew about 100 participants.

“This all started as a suggestion on Facebook and the next thing we’re getting city permits for the vigil and everything went from there,” Wright said. “I think we had pretty good attendance considering how everything came together so fast.

“What’s even more promising I thought  was that such a diverse group of people showed up and participated in what turned out to be a peaceful community event. Some of the people came from Arlington, some from Mansfield and other places but most of the people who showed up were from around Alvarado and the area.”

The challenge, Wright said, is how best to continue the event’s momentum.

To that end she and others created The Committee-Citizens in Action, a Facebook page “dedicated to help foster positive change,” with a mission “for ending racism in Texas communities, both large and small.”

Social media conversations between friends led to both the Floyd vigil and the Facebook group, Alvarado resident and fellow organizer Flint Webb said.

“Just through talking we decided to try to come together and come up with ways to get some peace and unity back in our communities,” Webb said. “We wanted to put something good out there, set a good example for our children. And we wanted something where we could bring together people of all races to talk and interact with each other.”

The May 7 vigil went a long way toward those goals, Webb said.

“It was a very positive, very peaceful event,” Webb said. “People from many races took part in it. We had prayers, some people spoke about their experiences.”

Webb agrees with Wright, however, that such efforts need to continue.

Protests against police and/or racism are unfortunately nothing new, Wright said. But added that Floyd’s murder seems different and perhaps a catalyst for true change.

“Any one unjustified death by police brutality and lethal force is one too many,” Wright said. “I think in the case of George Floyd so many saw that as such a senseless death.”

Two major differences with Floyd’s situation, Wright said, has been the prevalence of marches and protests in smaller as well as larger cities and increased participation from white, Hispanic and other races.

“I think we’re seeing a reawakening of sorts of the Civil Rights movement of the ‘60s that never really stopped but maybe seemed dormant at times,” Wright said. “These type of deaths have always been horrific and tragic but this time it seems like we’re seeing a lot of solidarity among people on this. This time has maybe been a wake-up call to many white citizens and recognition of white privilege and disparity in the justice system.”

A website for The Committee - Citizens in Action should debut soon, Wright said. The group’s Facebook page has grown to 123 members and programs such as book clubs and resources for students and community members to facilitate discussion on the tough issues of racism are also in the works.

“We were looking at a Juneteenth barbecue event but had to pump the brakes because COVID-19 is still a reality,” Wright said. “So that’s something for maybe next year.”

Group members are planning a town hall to be held on June 30, time and location still to be determined.

“I think it’s important to do these in the smaller as well as the bigger cities,” Wright said. “Because small towns have their issues too and we all need to work to raise awareness and bring people together collectively as a community and to hold our police and officials accountable.”

Wright said her group, with the city’s blessing, distributed surveys to area residents to garner feedback on racial and other community issues, issues she hopes to see discussed during the upcoming town hall.

“They had a peaceful candlelight vigil and protest with no problems from everything I’ve heard,” Alvarado City Manager Rick Holden said. “I know they’re working on setting up a town hall meeting. They’ve been very professional in dealing with the city and have asked the mayor, myself, our police chief and other officials to attend. From what I’ve seen they’ve been reaching out to all in the community to try to bring up these real issues and try to find solutions to them. I think this could be a good opportunity for the community to work toward bridging some gaps that some of us may not have known about.”