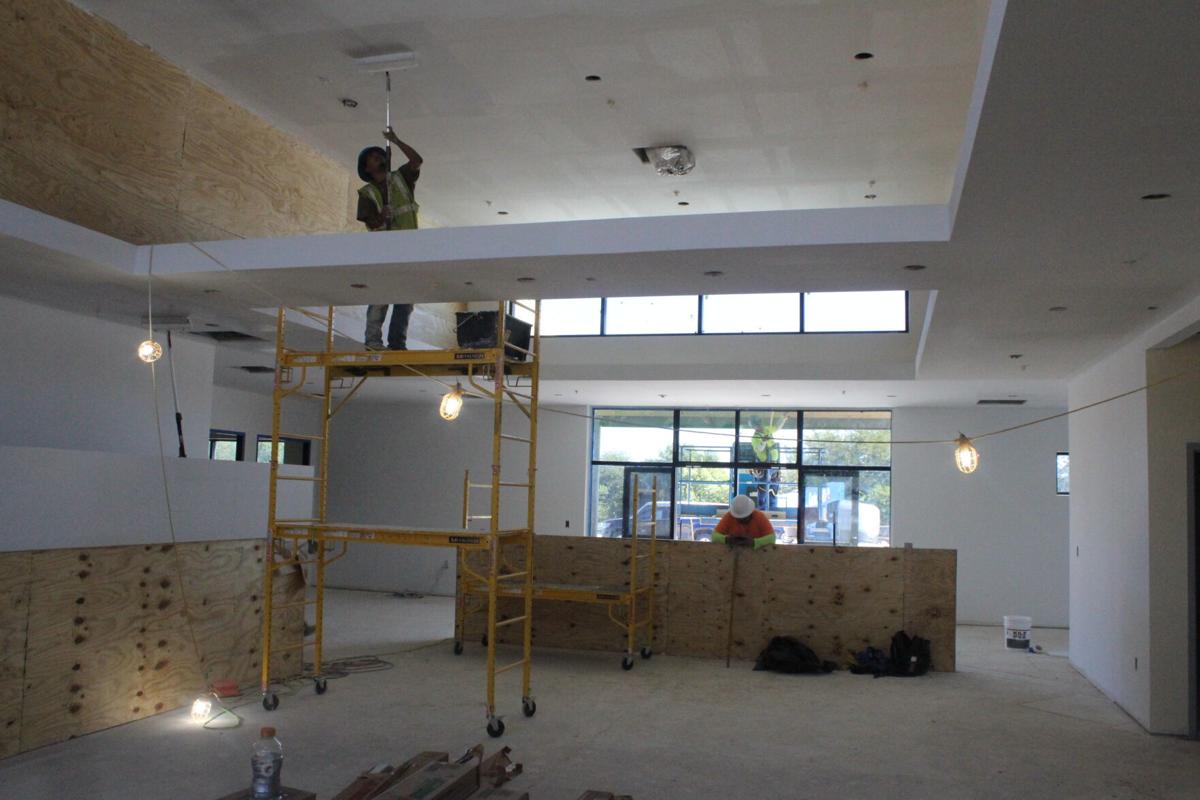 Workers near completion of construction of the Children’s Advocacy Center of Johnson County location, which is scheduled to open late this month or early November. 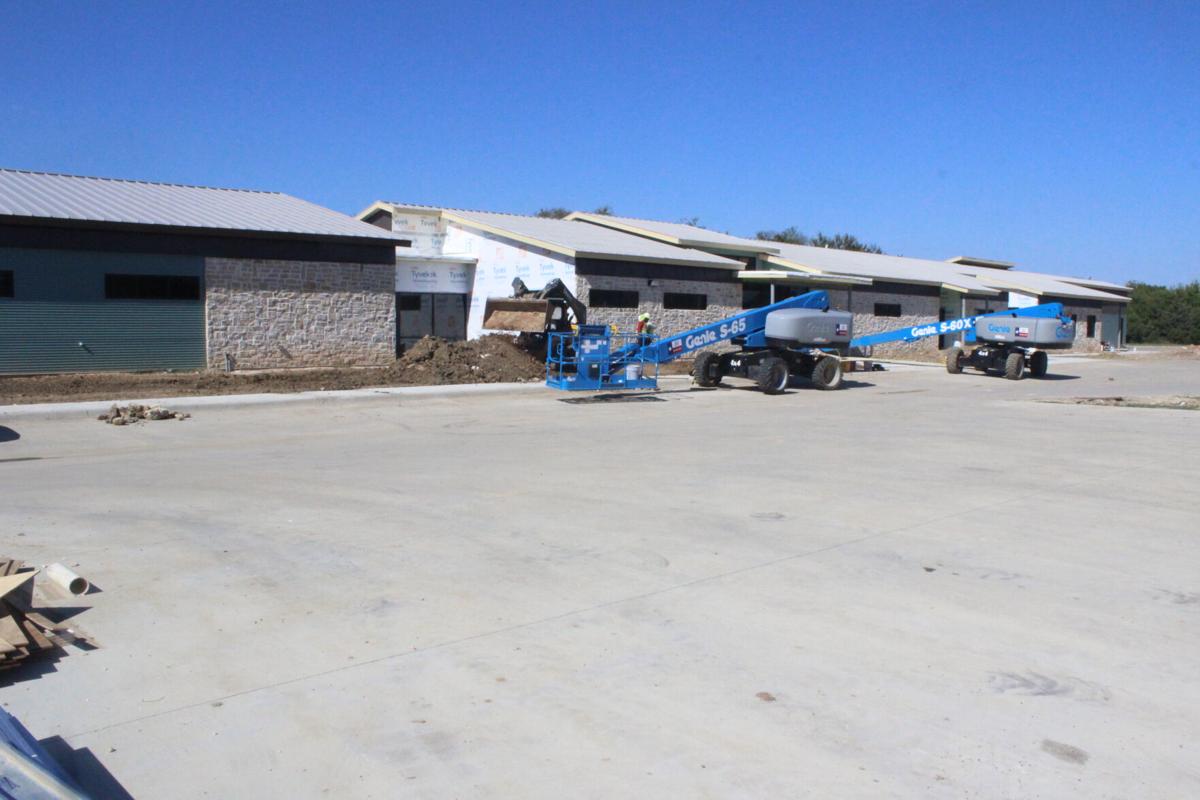 The Children’s Advocacy Center of Johnson County’s soon-to-open new location more than triples the size of the agency’s current facility. Construction of the new facility is scheduled to complete toward the end of this month.

Workers near completion of construction of the Children’s Advocacy Center of Johnson County location, which is scheduled to open late this month or early November.

The Children’s Advocacy Center of Johnson County’s soon-to-open new location more than triples the size of the agency’s current facility. Construction of the new facility is scheduled to complete toward the end of this month.

October brings much to celebrate for the Children’s Advocacy Center of Johnson County including the 25th Annual Cowboys for Kids Gala and the completion of the center’s new, larger facility.

“Those include services such as forensic interviews, trauma assessment and therapy for families, individuals and groups as well as other services we provide,” King said. “All of which is to serve the children who have been abused at the hands of others.”

The night includes barbecue dinner and cupcakes provided by meal sponsors MeatMeisters BBQ and H-E-B Grocery store and a night of entertainment courtesy of hypnotist Flip Orley who has appeared on “Entertainment Tonight,” “The Today Show,” “Comic Strip Live,” “Maury Povich,” “Space Ghost Coast to Coast” and other shows.

Rather than humiliate his subjects for comic relief as was common of hypnotists of earlier generations, Orley strives to entertain and enlighten, King said, often to the tune of lasting beneficial effects.

Silent and live auctions offer merchandise, trips and more for all tastes.

“We are so excited to announce that this year’s Cowboys for Kids will be happening in person,” Board President Stormi Lloyd said in light of last year’s event held virtually in response to the COVID-19 pandemic. “Who would have thought that these words would mean so much?”

“It’s so exciting to come out each day and see the progress they’ve made from the day before,” King said.

The new center, which has been in the planning several years, brings much-needed space compared to CAC’s cramped current home.

“We’ve simply outgrown our current space over the years,” King said. “The current center is 5,207 square feet where the new center will give us more than triple the space at about 17,000 square feet. I’ve walked through the new building several times and like to tell everybody it’s 369 feet long.”

CAC officials have dubbed the new center their Forever Home.

“The difference is that the new location sits on 10.5 acres, which will allow for future expansion,” King said. “We still have about 13,000 square feet of undeveloped area for future use after our new building opens. The new building has been uniquely designed to be therapeutic and meet the needs of the children and families that find themselves in need of the center.

“Previously, our current center has always had to be refurbished to make the best of the location, but this time, the new building has been designed with the needs of the children that have endured severe cases of abuse.”

King on Tuesday the many offices and areas of the still-under-construction new building highlighting the presence of therapeutic natural lighting throughout most of the structure and the access to peaceful courtyard areas as well as play areas.

The long, modernish structure flows throughout and consists of a steel building with wood trusses on top and partial rock wall exteriors.

“A brick wall was proposed at first but that looked terrible so we moved to the rock,” King said. “That was the best decision I think we made on the building. The metal part was going to be tan but that looked pretty bland and boring so we added some green instead. There’s not a whole lot of it but what’s there what’s there makes the building pop. The construction manager wasn’t crazy about the green at first I think because it’s probably not used much but now that it’s up there the whole team love the green.”

Pecan Valley recently purchased CAC’s current Granbury Street location, which they plan to use in addition to their current location on Anglin Street.

“Probably around the time Cowboys for Kids will be going on,” King said. “Because of that we’ll probably schedule our grand opening ceremony for early November.

“That’s a big plus because it will allow us to have separate entrances for our therapy group clients from those coming in for first-time visits,” King said. “For first-time clients their first visit is a highly traumatic experience.

“They’ve just found out something horrible has happened to their kid whether it’s by someone they love and trusted or someone else and we have to be compassionate and sensitive to them. Our kids who have been in therapy for a while though, they’re laughing and cutting up and so you can imagine that having that in the lobby beside a family that’s really traumatized can be a rough experience.”

Although the new facility is almost complete donations are still needed.

“We’re running a 4X1 campaign to finish the last part of the building,” King said. “The campaign is striving to get 400 $1,000 donations, that’s the 4X1 part. The $1,000 gift can be pledged out over several months and does not have to be paid all at once.

“In addition to the campaign, there are still naming opportunities for those that would like to have a room, a tree or a bench named after a loved one.”