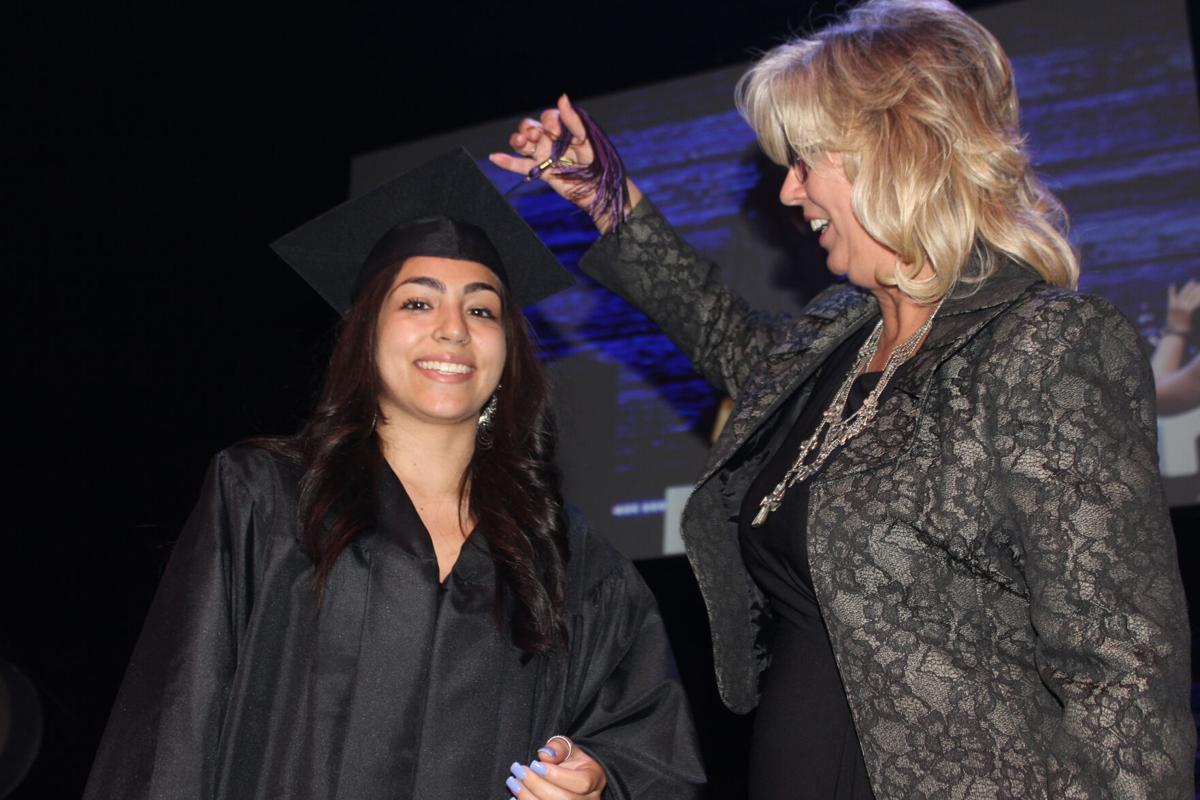 Alainia Islas, left, pictured with Principal Georgann Storm, was the academic leader of the TEAM School Class of 2020. She has been named the recipient of a $500 scholarship from the Friendship Circle of King’s Daughters, along with Luke Moore, who was second in academic class ranking. 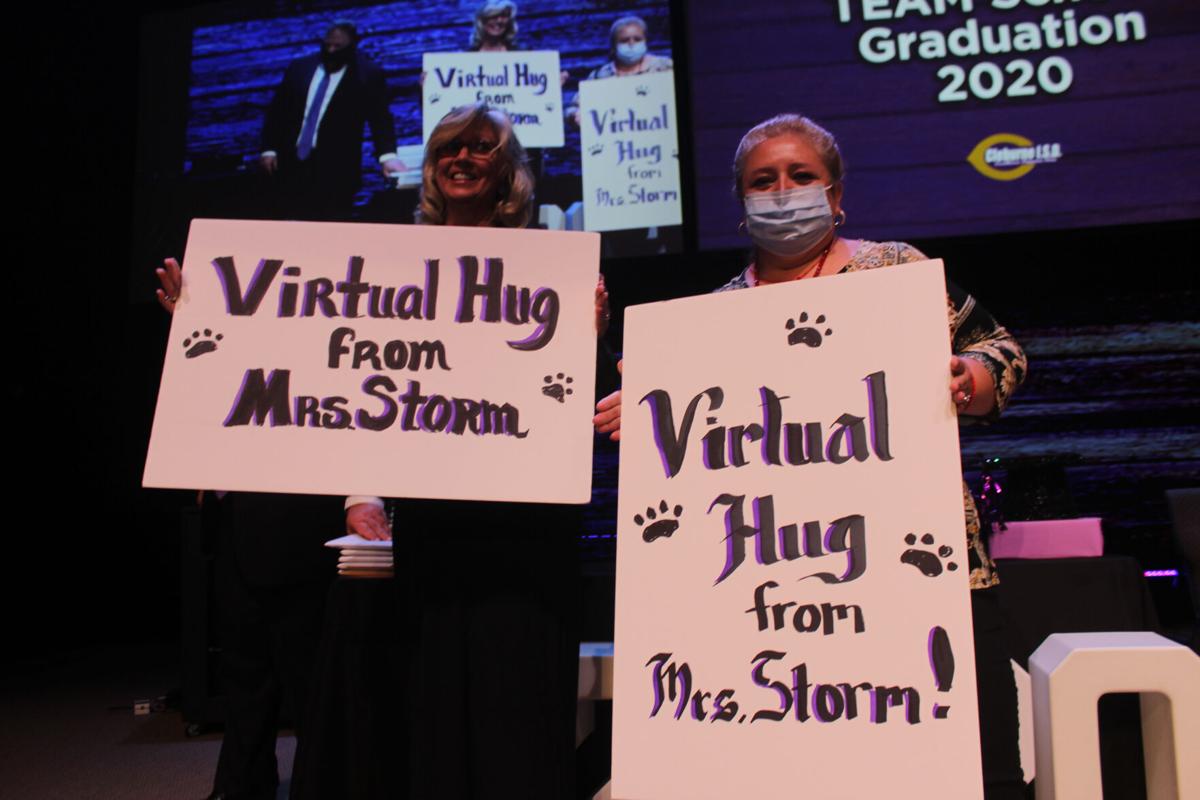 Members of the TEAM School Class of 2020 receive a message from Principal Georgann Storm, left, before they come to the stage to receive their diplomas during Thursday’s commencement exercises. Also pictured is campus registrar Alicia Garcia.

The 36 seniors of the TEAM School Class of 2020 were honored in commencement exercises held Thursday at The Heights Church.

“Just think — you can tell your kids you wore a mask to your high school graduation and had to sit six feet apart,” Principal Georgann Storm said, commenting on the safety protocols that were in place for the ceremony for both graduates and those attending.

“Normally, we get to see your beaming smiles, as well as your twinkling eyes,” Superintendent Kyle Heath told the graduates. “I’m missing that. I have a huge sense of gratitude for this group of seniors, and the resilience they have shown. Many may have been born during the national crisis of 9/11.  Now, years later, they have suffered through a global pandemic, which has many of the similarities and impact that we experienced in 2001.

“Things are going to get better — and you’re a testament to that. Congratulations to all of you. I know you will continue to persevere. You’ve finished this race. Now it’s time to start the next.”

Chazmon Allen, described by Storm as “one who helps those around him,” presented the address to the graduates.

Allen is a member of the TEAM School Class of 2010. Allen said that when he came to TEAM School, his thoughts were “get me the work so I can get my diploma and get out of here.”

“And then I got to know the amazing people who help every student, every day,” Allen said. “The TEAM School staff isn’t just your family while you’re here, but also years later.

“It’s a big accomplishment to graduate. As you move on in your life, be impeccable with your words. Be your best, and don’t be your worst enemy. Life is going to be hard at times. We battle things we don’t want to talk about. Life tests you, and you may feel people don’t care. But they do, and they are only a phone call away.”

Several graduates were honored with special recognitions during the ceremony including Islas and Moore, who were the top two academic leaders in their class. Both were named recipients of $500 scholarships from Friendship Circle of King’s Daughters. Islas will enroll in Hill College. Moore has already completed his first semester at Tarleton State University, and is majoring in business.

The Spirit of Service Award, established in honor of the late Farris Whitehead, longtime pastor of The Heights Church, was presented to Everett and Gentry. The award recognizes two graduates who display the qualities for which Whitehead is remembered. The church body also recognizes the honorees with $100 gift cards.

“Pastor Whitehead was a guiding force at this church,” Storm said. “He was a caring person and an encourager. We appreciate these two students who, like Farris Whitehead, choose to do good things even when no one is looking. They reflect the compassion, hard work, concern for others and generosity that this wonderful church leader was known for.”

A surprise recognition was the announcement of the queen and king of the first prom planned in TEAM School history, which among the many events and activities canceled with the closing of schools as a precautionary measure against the spread of the Coronavirus. Lunn was presented with a tiara, which she wore with her mortarboard, while Washington’s graduation robe was highlighted with a Prom King sash.