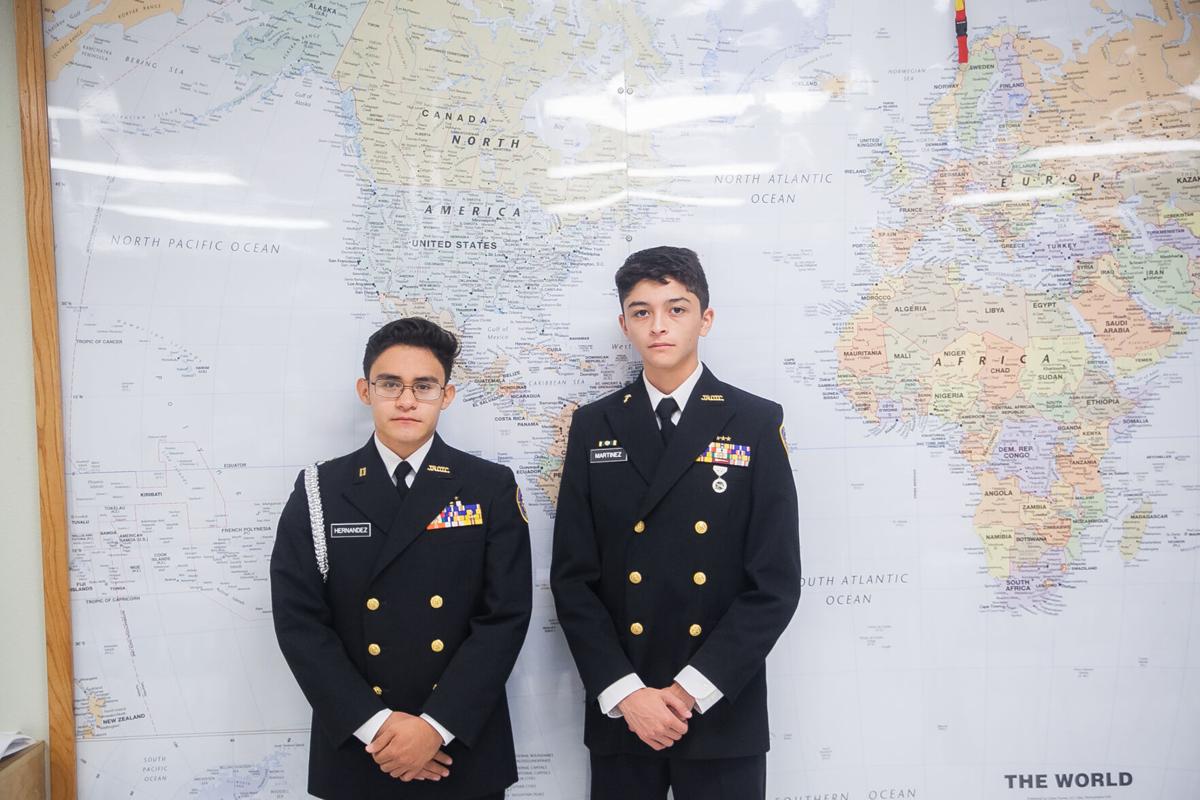 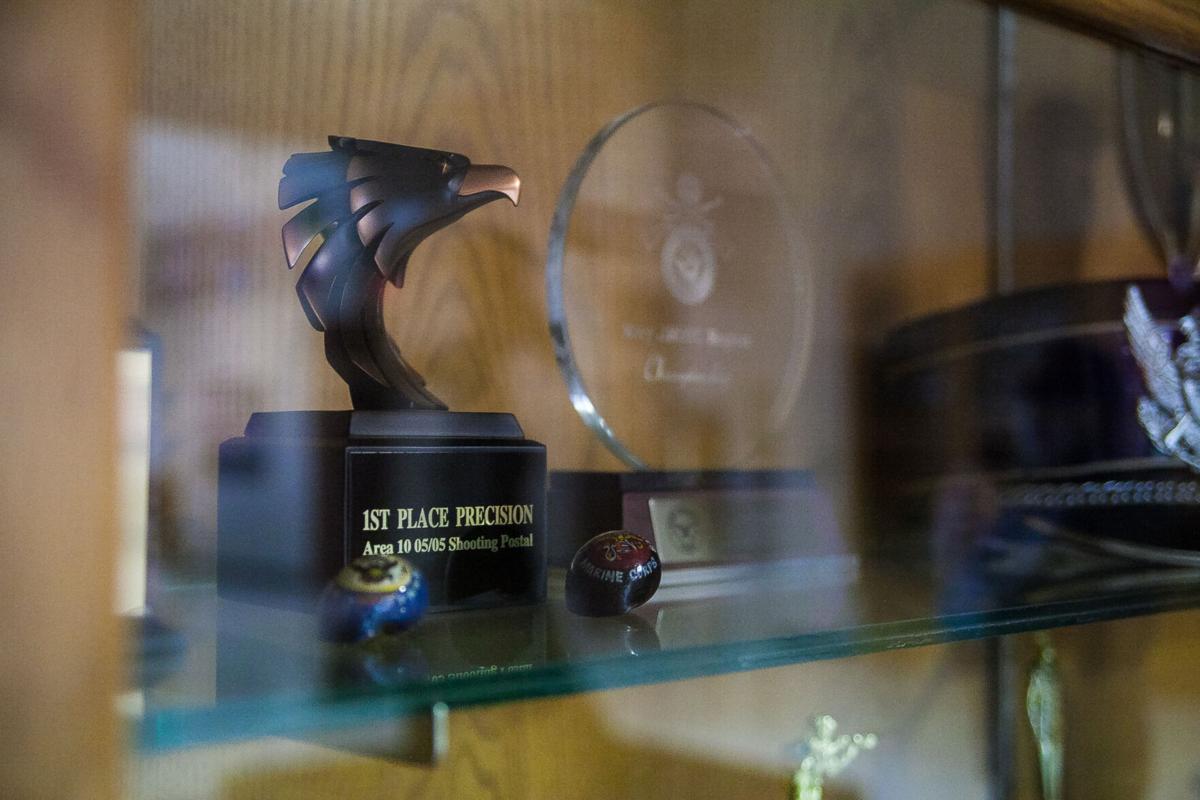 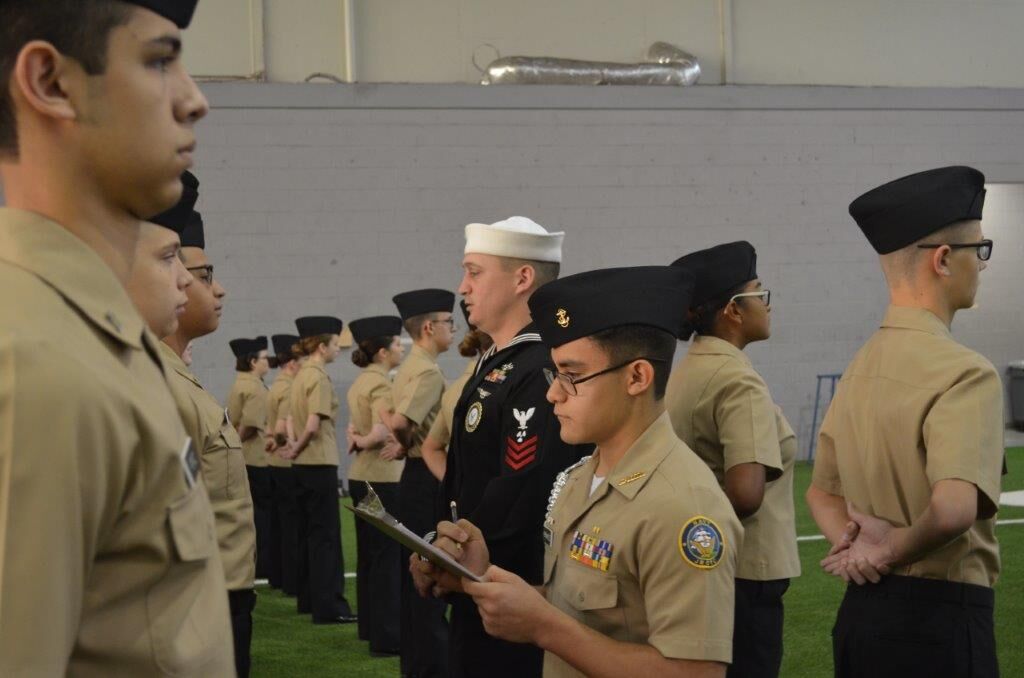 “This program has put cadets in all of the service academies,” said Lt. Col James Davidson, JHS Senior Naval Science Instructor. “By the end of this year we will have made 26 officers.”

Another one may come soon. Lt. Johan Hernandez, a senior at JHS, is the unit’s first Hispanic Commanding Officer in its history.

“When I was announced as the first Hispanic CO, I saw it as another job,” he said. “I didn’t really see race come into it but I knew it’d be a stepping stone for other Hispanics in the school to see an example that you can achieve a high rank in ROTC and in school.”

He was recently named a Legion of Valor Award recipient, one of only 50 high school and collegiate ROTC members in the country.

“They have a very exclusive club,” Davidson said. “There’s only 50 of these handed out every year and he’s one of them.

“Cadet Hernandez has an incredible work ethic and brains to boot. This is a cadet who excels in the intangibles; those qualities that are impossible to quantify, but essential to a future military officer.  His grades are excellent, but his character, integrity, loyalty and charisma are off the charts.  I would lead, flank or follow this young man myself.”

The medal was established in 1960, and is given annually to outstanding junior division, military school division, senior division Reserve Officer Training Corps students  and to National Defense Cadet Corps students that achieve scholastic excellence in both military and academic subjects, while stimulating development of leadership.

Selected cadets are chosen by existing Medal of Honor recipients. Hernandez is a member of the ROTC Color Guard and Rifle Team.

“I am very thankful for the opportunities at Joshua ISD,” Hernandez said. “They have provided me with the best education. The teachers have prepared and pushed me to become the best, and they truly care for you.”

In addition to his ROTC success, Hernandez maintains a 4.0 GPA while taking honors and advanced placement classes. He is a member of the JHS National Honor Society.

“I didn’t know they put me in to receive that award until it came in,” Hernandez said. “It was a shock but it was a nice shock. It was an honor to receive an award, especially a Legion of Valor.”

Another senior leader for the program is Cadet Carlos Martinez, who is serving as the Rifle Team Captain this year.

“Cadet Martinez is one of the top shots in the country,” Davidson said. “Outstanding character. Outstanding kid. He’s good at everything he does.”

The team finished first and fourth at the National Navy Rifle Championship in Phoenix, Arizona, in February. Martinez was one of three JHS marksmen to finish in the top eight, and he finished second in the nation.

“In eighth grade we took a tour [at JHS] to see what type of classes we could take,” Martinez said. “We came to the range and they let us shoot. I thought it was really fun. Then I actually got here and started getting more involved in the ROTC part.”

He was also one of three JHS marksmen to receive the Junior Distinguished Gold Marksmanship Badge — the highest award assigned based on accumulated points for top place finishes.

“He is a Junior Distinguished Gold Shooter,” Davidson said. “This is shooter resume basically. All of his medals and ribbons tell a story.”

His team was scheduled to compete in the All Service Nationals in Camp Perry, Ohio, in March to represent the Navy branch, but it was canceled because of COVID.

COVID has also made it more difficult for practices, among other things.

“In rifle, we only have 14 lanes and a lot of people are trying out this year,” Martinez said. “It’s really difficult trying to social distance in there and have everyone shoot and try out. Everyone needs to have a fair drive like everyone else.”

Martinez said that he enjoys going on trips to compete and that spending the time with his friends on those trips is his favorite part of the program.

Both cadets will be the first generation of military members in their families. Both credit the JHS program for their passion.

“NJROTC set a ground base for wanting to join the military,” Hernandez said. “I learned how to march, how to call command. I know the change structure of chain of command. It prepared me for a military college. This program is setting the ground foundation for my future.”

Hernandez said watching his brother be part of the program is what spurred his interest.

“My brother was in this unit from 2011-13 and he always told me how fun it was so when I came into high school I decided to join,” Hernandez said. “From there I wanted to do my best.

“So every day I would come in early and leave late and just slowly work my way up.”

He plans to attend the Virginia Military Institute to study applied mathematics and commission into the United States Marine Corps as an infantry officer.

For now, however, he’s happy in his role as the first Hispanic CO in the program.

“My favorite part is meeting all the people,” he said. “With color guard I travel a lot and I get to meet generals, admirals, World War II veterans, Vietnam veterans, Korean veterans ... it’s fun hearing their stories about when they were our age and going to war.”

Hernandez is the 11th Joshua cadet to receive the Legion of Valor award. He was given the Legion of Valor Award at the annual JHS ROTC Navy Ball during a special ceremony on Wednesday at Owl Stadium. U.S. Rep. Roger Williams, R-Weatherford was the guest speaker.