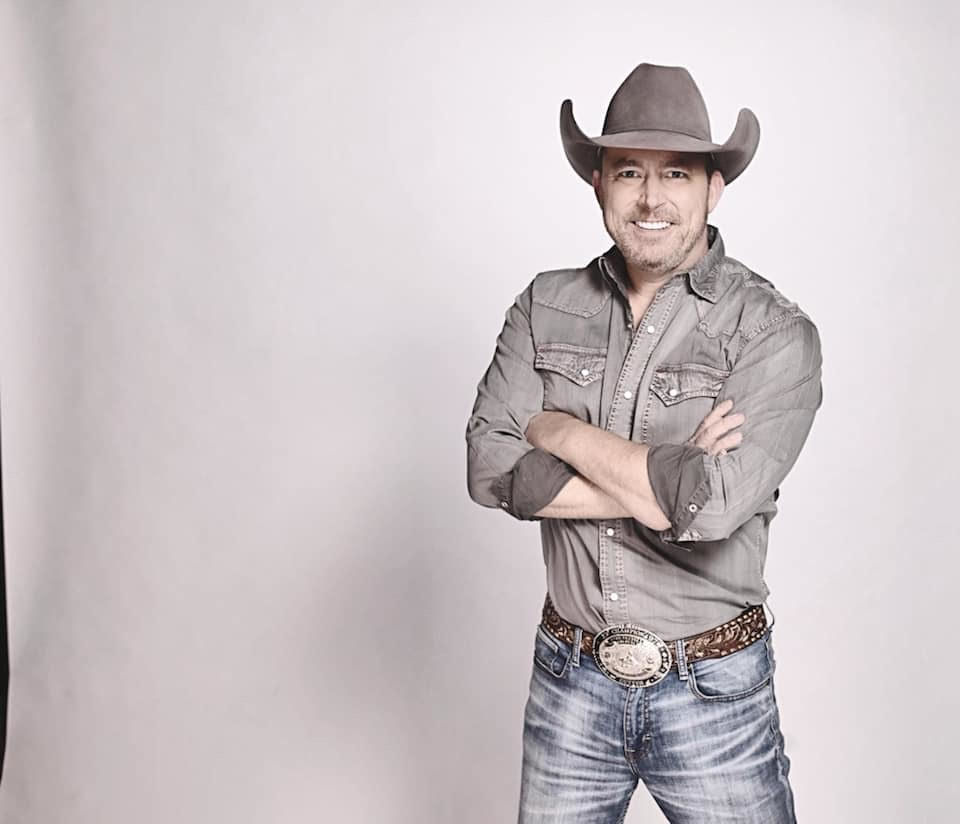 Chad Prather of Burleson became internet famous overnight after posting a video he recorded in his truck in 2015. Since then he has grown a huge following which led to stand-up comedy performances across the state.

In Old Town Burleson, Chad Prather gets a bite to eat at a local restaurant, but most don’t recognize him without his iconic cowboy hat.

“See, that’s the beauty of that. I can go out incognito now,” he said. “I just leave the hat off and people have to do a double take.”

Prather, who lives in Burleson, became internet famous overnight after posting a video he recorded in his truck sometime around 2015.

He began posting more videos on topics such as getting his son late to school in the morning to the perks of living in Texas, and his witty insight to life’s day-to-day happenings quickly garnered him a crowd of fans from across the nation.

After finishing three seasons with RIDE, Prather needed to find balance between his commitments.

“My schedule of going out, doing live shows got so busy; it just wasn’t tenable anymore to do that show because it was a travel show,” he said. “They were sending me out and I’m still trying to do shows out on the road, and that was impossible.”

“It got to the point where that became the priority,” he said. “I didn’t really didn’t know what I was gonna do because I was in a flux; I wasn’t doing television and I was trying to decide if I wanted to continue doing the live shows. And if so, what was that gonna look like?”

A manager out of Los Angeles reached out to Prather.

“It was weird, he just found me over social media and he and I developed a relationship and he wound up managing me from L.A., got me connected with one of the biggest agencies in the world out there representing me in the world of comedy,” he said.

But you wouldn’t know it. Prather also signed on with BlazeTV in 2018.

“The big thing we’re doing through BlazeTV now is it’s a podcast, but it’s really like a daily show,” he said. “It’s on social media every night and on their network. The Chad Prather Show.”

Prather brings guests on the show, which airs Monday through Thursday nights.

“We do everything for from humor, politics, current events,” he said. “We’ve got segments that we call ‘Off the rail’ where we find the wildest headlines around the world. We’ve had everybody from movie stars to best-selling authors to politicians in there.

“But the most fun shows we do is we have a set built. So it’s shot for audio like podcasts, but also shot for TV like a talk show. And so we have any random number of people on set and it’s a big group interaction, which is a lot of fun. It’s a unique perspective to do a show like that and it’s just a broader version of what I’ve always done in the truck, where I take facts and stuff that’s going on in the world that’s quite quirky, wrap it in humor with a little bit of common sense and make it a pill you can swallow.”

Although Prather’s schedule keeps him busy, he said it’s not really the reason why he doesn’t get the chance to make truck videos as often as he used to.

“A lot of people look at me now, or will send me a message, and say, ‘Well, we just thought you dropped off the face of the Earth because we don’t see your videos anymore,” he said. “Well, that social media censorship is a real thing, it really is. They cracked way down on everybody, which is unfair because you use a platform to build a career and then all of a sudden they attempt to take that platform away from you.”

“And life’s not fair, I get that,” he said. “And I hate to be using that word, but it’s one of those things where that’s what anybody is like me, that’s a social media content creator, we’ve had to struggle over the last year and a half in order to get stuff seen. I thank God we’ve been able to build businesses around that ahead of time so that we didn’t just rely on social media.”

The bottom line, he said, is you have to hustle.

“Always promoting, always selling, always marketing and always pushing content out,” he said. “I look at social media as it’s like owning your own television network or radio station and you can put whatever content out there you want and entertain people with it. I was fortunate enough that for me, enough people gravitated to it and like it. For some reason.”

“I had this little old lady say, ‘Oh, when we get into bed at night — talking about her husband who was behind her — you’re what we do.’ And I was like, ‘That’s the most disgusting thing I’ve ever heard about. You know there’s far more exciting things you could be doing?’ She said, ‘Honey, at our age, after 45 years of marriage, no there’s not.’”

Prather said he never imagined being the voice people look forward to listening to.

“I can’t tell you how many people talk about waking up in the morning and listen to the podcast, or they look for the videos and marathon them.

“But, on the deeper side, I’ll get people who will send me messages and say someone in the family had cancer and they watched all of my videos during treatment, or they came to one of my shows before they passed away. When you start thinking about how humbling that is, that you were able to touch people all over the world with something simple as sitting in a truck, running your mouth.

“You never know the difference you’re going to make in someone else’s life. And people think, ‘Well, I don’t have anything to offer.’ But, you don’t know that. You have no idea if you do or not. You don’t know what is going to trigger that person. I just tell everybody, ‘You just got to pull the trigger.’”

Prather said not everyone likes to hear what he has to say, though.

“At this point in the game I have pretty tough skin,” he said. “I get hate mail. I get people that want to cause trouble and say negative things. And it’s somewhat humorous to me, but it’s also sad that people are that insecure, but they feel the need to become an internet troll.

“Which is really sad ‘cause now you’ve got some significant insecure narcissistic Machiavellian behavior there, which you just gotta let that go.”

For that, Prather is unapologetic.

“We have this cancel culture where people are like, ‘Oh, I’m sorry I tweeted seven years ago,’” he said. “You had Kevin Hart who had to step down from hosting the Oscars, because of some gay joke he made and I’m like, ‘Get a life! Give me a break. I’m not apologizing for anything.

“Because again, I haven’t done anything with malice in my heart, and neither did Kevin Hart. He made a joke. And I always say I don’t care who you are, in my business, not with “malicious-ness, I get to make fun of life. I get to make fun people. I gotta make fun culture.”

A voice for the people

From topics such as getting his son late to school in the morning to the perks of living in Texas, a Burleson man’s witty insight to life’s day-to-day happenings has garnered a crowd of fans across the nation.