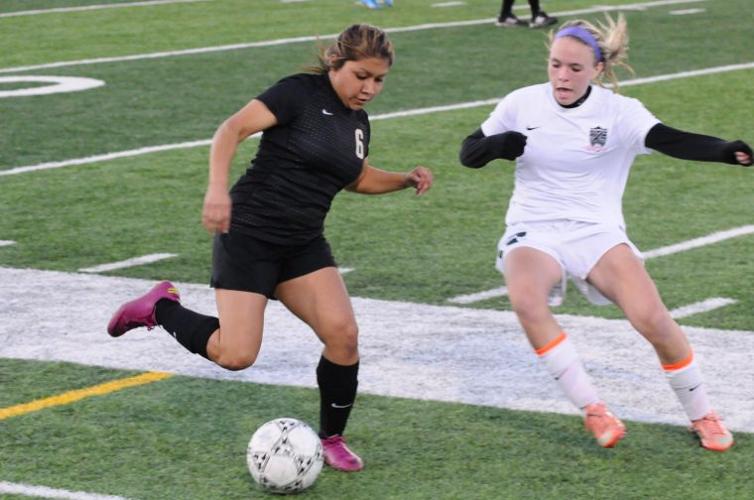 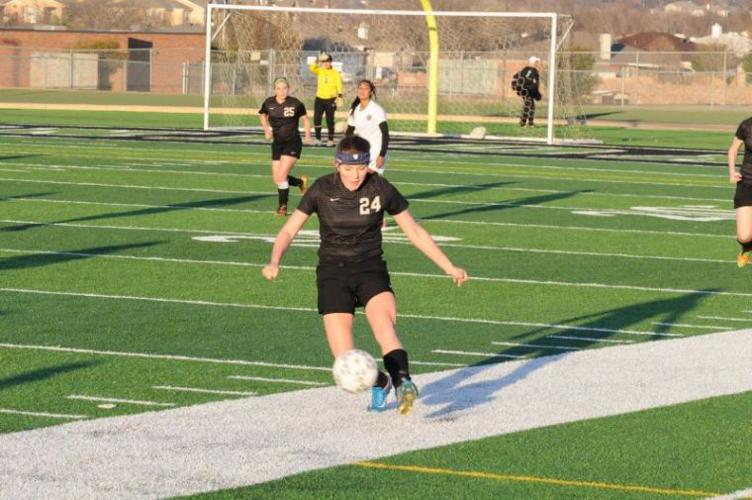 Brianna Reband and the Cleburne Lady Jackets face Burleson Centennial in the bidistrict round of Class 4A playoffs at 6:30 p.m. Tuesday in Midlothian.

Brianna Reband and the Cleburne Lady Jackets face Burleson Centennial in the bidistrict round of Class 4A playoffs at 6:30 p.m. Tuesday in Midlothian.

The Cleburne Lady Jackets and Burleson Centennial Lady Spartans will meet in the bidistrict round of Class 4A playoffs for the second year in a row.

Also for the second year in a row, the stakes and settings are the same. Cleburne is the No. 4 seed out of District 15-4A and Centennial is the No. 1 seed from District 16-4A for a second straight season. Last season, the Lady Jackets pulled off a 1-0 upset win, knocking the Lady Spartans out of the playoffs.

With all of that taken into account, it’s hard to ignore the revenge aspect of this match, both coaches said.

“Centennial is too good of a team to not remember getting knocked out by Cleburne last year,” Cleburne Coach Aaron Gentry said. “I am sure it stung to come out as the No. 1 seed and get beat. They have a lot of girls that are seniors this year that probably remember it well. I have discussed with my girls the importance of being prepared for a fast start and that they will have to try to match the intensity and desire of a very tough opponent.”

“My girls and I have not forgotten about that game,” Centennial Coach Kara Cuellar said “So I am sure a lot of the girls are going to use revenge as an extra motivating factor. The game from last year left a bitter taste in our mouths. On the flip side, we are going to treat this game as a normal playoff game. Our mentality is that Cleburne is stopping us from our goal, to win our bidistrict game. Our focus is to think about the present game and take care of business.”

The Lady Spartans enter the matchup with an impressive 20-1-1 overall record and a 13-0-1 mark in league play. Cleburne went 3-3-4 in district play as the Lady Jackets locked up a playoff berth on the final night of the regular season.

Gentry said the key matchup of the game will feature strength on strength — Cleburne’s defense against Centennial’s offense.

“There is no doubt that Centennial is an extremely talented team that puts away a lot of goals,” Gentry said. “They have four extremely skilled players that lead their attack and are very difficult to keep under control. We will have to do our best to limit their space and keep them in front of us or we could be in for a long night. Our defense has been very difficult to score against the last five games and we are hitting our stride at the right time. We have been defending very well lately and I believe if I do my part getting the girls ready to play, we can play with any team in the area. That is our goal and our mindset, and we will do everything we can to pull another upset this year.”

Cuellar also pointed out that the Lady Spartans’ offense vs the Lady Jackets’ defense will be the biggest battle on the field.

“I think the matchup is going to be competitive,” she said. “Cleburne has a pretty solid defense and we have a very solid offense. Obviously, it is going to be a very aggressive game. Many of my players have played with some of the Cleburne girls in club. It should be an interesting game.”

On the flip side is the matchup of Cleburne’s offense vs Centennial’s defense.

“Centennial’s defense and our offense share a common trait I think, and that is athleticism,” Gentry said. “It is going to be fun to watch people flying around. We have a pretty good amount of speed and I know they have more than their fair share of speed, so I am looking forward to a fast-paced game that should be entertaining, to say the least.

“Our keys to winning are going to be consistent with the keys we put in place to help us get to this point. We are a team that has to know our individual roles and perform our jobs at a high level in order to be successful. My girls know that we will have to communicate well defensively and move the ball quickly and efficiently offensively in order to move on in the playoffs. It is no small task even if we do play a solid game, but a task that we are capable of and one that we have wanted to achieve from the beginning.”

After losing several key players and playing under Gentry for the first season, the Lady Jackets are a different from a year ago. And despite bringing back most of her team, Cuellar said Centennial is a different team from this time last year, also.

“I expect that Cleburne is going to be aggressive and that they will want to upset us again,” she said. “... I believe my team is a different team as well. We are more mature, our team chemistry is great, and everyone has the same goals.”

Cuellar said the keys for her Lady Spartans include playing as a team, connecting on passes and being solid and aggressive defensively.

The Lady Jackets and Lady Spartans are scheduled to do battle at 6:30 p.m. Tuesday at Midlothian Stadium in Midlothian.

The Jackets were crowned undefeated District 15-4A champions with a 7-0-3 record in league play. Seguin finished fourth in District 16-4A.